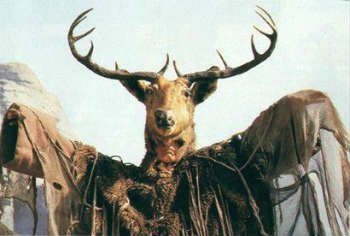 The stag is a means of transport.  Its antlers are symbolic of the Tree of life and it has similar symbolism to northern races as the Horse and is as such a messenger of the gods.  The stag, in several culture of Asia and pre-Columbian America, came to be thought of as a symbol of regeneration and rebirth because of the way its antlers sloughed away in autumn and regrew every spring.  The stag and deer together also take on some of the symbolism of the Creator and Created  - Bull and Cow, Father and Mother etc.

Joan Halifax – Shaman the Wounded Healer
The flying deer is part of the mythology of such diverse cultures as the Samoyeds of Siberia and the Huichols of Mexico, and is associated with magical flight, transfiguration and spiritualisation

A shaman or magician or hero either rode the deer or was transformed into a deer, some example pictures show the link.

The oldest depiction of a stag man is from the Val Camonica in Italy, one of a number of rock carvings made by a people who were likely Celts. The figure was carved in the fourth cent. BCE. It is a figure of a man with antlers, who wears a long robe, and has his arms raised in the orans position. Around his right and possibly his left arm are loops which may represent torcs, while underneath his left arm is a curved line which may represent a serpent. 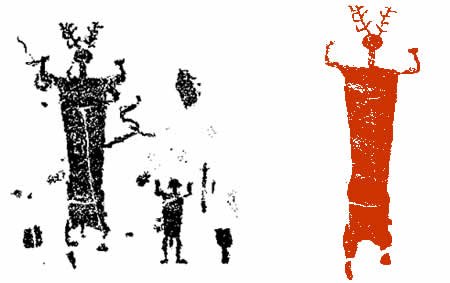 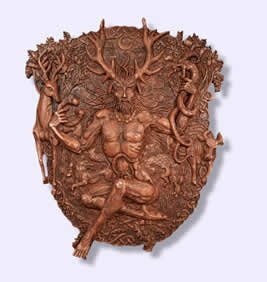 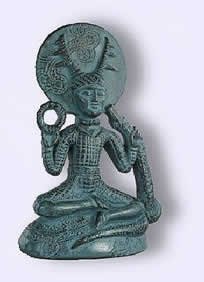 Kernunnos – Robert Carney
Kernunnos shares strong similarities with the  Brittany saint, Cornely at Carnac. Cornely is  believed to be derived from Kernunnos. He is also alluded to in the Welsh literature of the Mabinogion.    Kernunnos is a god of nature and animals. He is their patron. He is especially known for his role as husband to mother earth. He both protects and provides for her in times of need. 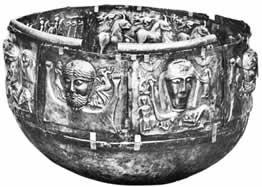 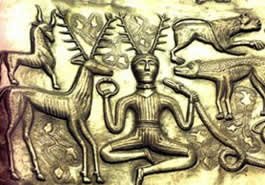