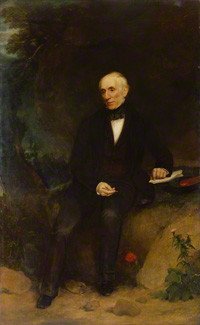 William Wordsworth (7 April 1770 – 23 April 1850) is classified by most academics as "a major English Romantic poet". But having now gathered a considerable number of his poems on the site and thought long and hard about such extraordinary poems as Peter Bell, or On the Power of Sound, I have come to the conclusion that William Wordsworth was also a mystic.

Wordsworth's father exposed him to poetry, including that of Milton, Shakespeare and Spenser, when he was young and in 1787 he began attending St John's College, Cambridge, and received his B.A. degree in 1791.  Thus poetry was going to be his destiny, but his poetry is full of symbolic and spiritual references.

His driving force was that strange mixture that seems to inform many of the truly creative - love and grief.  In November 1791, Wordsworth visited Revolutionary France and became enthralled with the Republican movement. He fell in LOVE with a French woman, Annette Vallon, who in 1792 gave birth to their child, Caroline. Because of lack of money and Britain's tensions with France, he was forced to return alone to England the next year. He supported her and his daughter as best he could in later life, but the war between France and Britain prevented him from seeing Annette and Caroline again for several years.

And the year following his forced separation from his lover and daughter, 1793, saw Wordsworth's first published poetry with the collections An Evening Walk and Descriptive Sketches. He received a legacy of £900 from Raisley Calvert in 1795 so that he could pursue writing poetry. That year, he met Samuel Taylor Coleridge in Somerset. The two poets quickly developed a close friendship and in 1797, Wordsworth and Coleridge produced Lyrical Ballads (1798), an important work in the English Romantic movement.

In it, Wordsworth gives his famous definition of poetry as "the spontaneous overflow of powerful emotions recollected in tranquility." 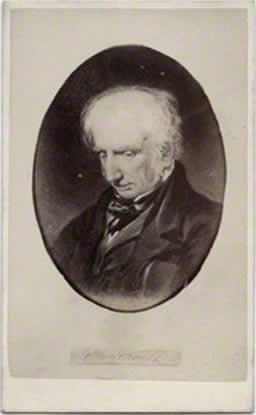 So in this we again see the origin of Wordsworth’s moments of  spirituality – emotion, and very high emotion.

It is clear that he was both sensitive and easily upset.  He contemplated committing suicide, for example, over his disputes with his grandparents.

From 1795 to 1797, he wrote his only play, The Borderers, but it was rejected by Thomas Harris, theatre manager of Covent Garden. The rebuff was not received lightly.  A trip to  Germany in the autumn of 1798 produced homesickness.  And in  the harsh winter of 1798–99, Wordsworth lived with his sister Dorothy and suffered  extreme stress and loneliness.  Through this period, many of his poems revolve around themes of death, endurance, separation and grief.  It is no accident that the title of a long philosophical poem he planned was The Recluse.  It was largely autobiographical, and by 1805 he had completed it, but refused to publish it. 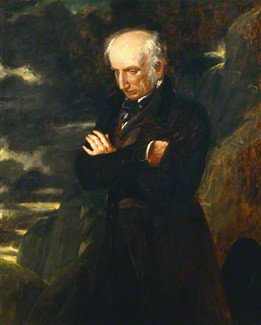 In 1802, a legacy gave him the financial security to enable him to marry.   On 4 October, following his visit with Dorothy to France to arrange matters with Annette, Wordsworth married his childhood friend Mary Hutchinson. Dorothy continued to live with the couple and grew close to Mary. The following year Mary gave birth to the first of five children.  But grief was to follow Wordsworth like a spectre throughout his life.  There came the death of his brother John, in 1805, which affected him very strongly.  Two of his children, Thomas and Catherine, died in 1812.

By 1820, he enjoyed the success accompanying a reversal in the contemporary critical opinion of his earlier works.  But according to some critics his poetry never achieved the high points he achieved via the grief and stress of the earlier years.  He was Britain's Poet Laureate from 1843 until his death in 1850.  When his daughter, Dora, died in 1847, his production of poetry came to a standstill.

William Wordsworth died from pleurisy on 23 April 1850, and was buried in Grasmere. His widow Mary published his lengthy autobiography then called The Prelude several months after his death, it has since come to be recognised as his masterpiece.