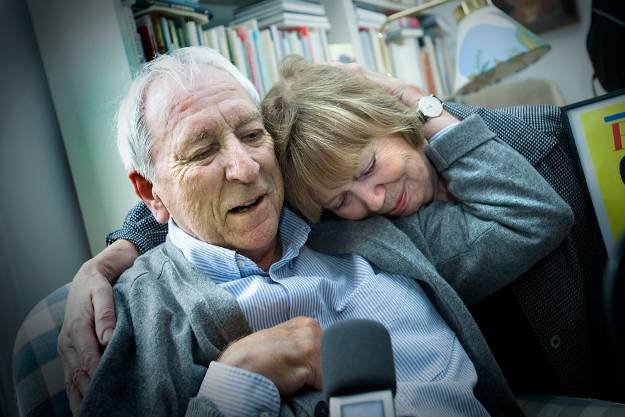 Tomas Gösta Tranströmer (15 April 1931 – 26 March 2015, aged 83) was a poet, who was born and died in Stockholm, Sweden.  He was the recipient of the 2011 Nobel Prize in Literature where the  Prize motivation was: "because, through his condensed, translucent images, he gives us fresh access to reality".

His poetry has been translated into over 60 languages, and his poems have been praised for their accessibility, even in translation.

His work is characterized by a sense of mystery and he imbues the routine of everyday life with a feeling of underlying wonder.  Indeed, he captured ‘mindfulness’ in poetry, and his poems have an intensely spiritual dimension.  It would be wrong to tag him with any religious labels, as Tomas transcended religion and soared up to more mystic heights.

I came to Tomas Transtromer's poetry by the unlikely route of the TV series Wallander, and I fell in love with his work. His poetry is not easy to critique, so all I can say is - try it, read it, let the luminous imagery captivate you. His work resonates with a wonderful, warm humanity and his use of language is breathtaking. For a flavour of his imagery here is an extract from Romanesque Arches
"An angel whose face I couldn't see embraced me
and his whisper went through my body
Don't be ashamed to be human, be proud
Inside you one vault after another opens endlessly
You'll never be complete and that's how it should be 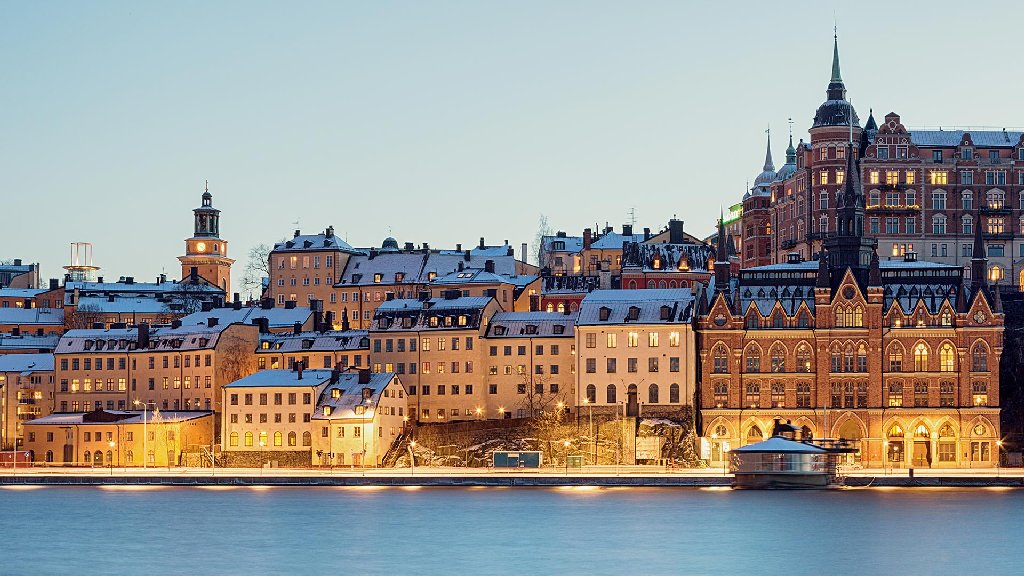 Tomas’s poems in translation are in free verse and show great economy in the use of words and ‘often contain startling images’. They inhabit a landscape that lies on the edge between waking and dreaming.

Whereas other poets of his era forged the path of protest and anger, slashing with word knives at perceived wrongs, Tomas’s poems are soft with the sense of reconciliation and love.

Where others expressed fury, Tomas expressed calm through word pictures of his homeland, the long Swedish winters, the rhythm of the seasons and the palpable, atmospheric beauty of nature.

For those who have been to Sweden you will know that it is built on a human scale – small islands are covered with trees and little houses, in winter ice covers the water and you can see skaters travelling from one place to another by ice.

The old town of Stockholm – Gamla Stan, is filled with small shops and cafes, some of which provide enormous cups of very rich hot chocolate with cream.  Boats seem to predominate over cars and many of these are sailing boats.

The pace of life is slow and measured, the ego is almost invisible, and simple creature comforts – warmth, good fresh food simply prepared, rest and sleep, family and friends take priority over any  materialism. 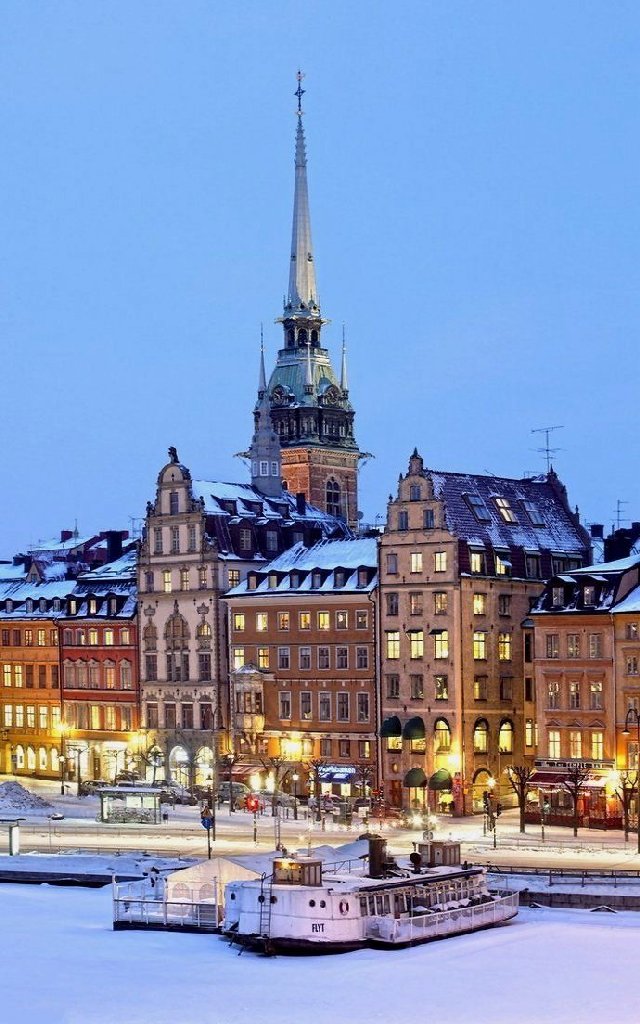 This culture of humanity as a part of the landscape, a part of nature, going with the flow of the seasons and the migrations of our fellow creatures is inherent to Sweden and is captured in Tomas’s poems.

Whereas other poets threw themselves into protest and politics and involvement in social issue, Tomas drew us simple pictures for the mind of where we could be, if only we aimed for simplicity and a more mystic understanding of life and its purpose.

It goes without saying that all of them use symbolic language and deal in very subtle ways with the key issues of everyone’s life – love, youth and old age, birth and death, grief and sorrow, destiny and contentment , bewilderment and loss to great happiness. He is a poet of both joy and sorrow. 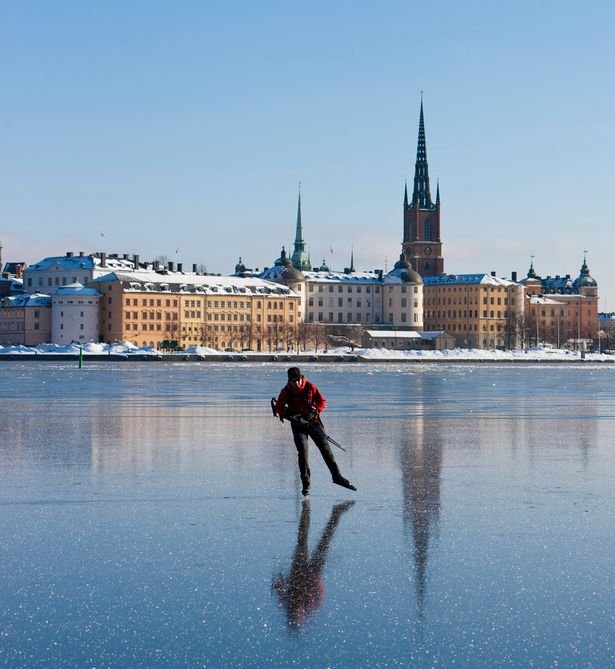 The Nobel Prize in Literature 2011 - Tomas Tranströmer – Biographical
Right from his debut book 17 dikter (17 poems) in 1954, Tranströmer came to be regarded as the leading Swedish poet of his generation. To a substantial degree, he had already developed his distinctive language here: his original and sharply contoured metaphors, nature mysticism, musicality, strictness of form and natural diction - qualities that reappeared in his later books of poetry.
His poetry incessantly moved closer to the secrets of existence - note such titles as Hemligheter på vägen, 1958 (Secrets Along the Way), Den halvfärdiga himlen, 1962 (The Half-Finished Heaven) and his last book, Den stora gåtan, 2004 (The Great Enigma, 2006). His interest in what, in a true sense, is unspeakable is nevertheless dictated by a desire for poetic concreteness - as if the inaccessible regions of the mind and of existence can only be sensed or touched with the exact instruments of sensuality.
Yet Tranströmer's exploration of the complex nature of human identity and his instantly constructed bridges between nature, the cosmos and the dead never result in structured patterns or loud-voiced confessions. His poetry is a tranquil affirmation of few words, but is nevertheless a form of resistance to power, the market and media clichés. 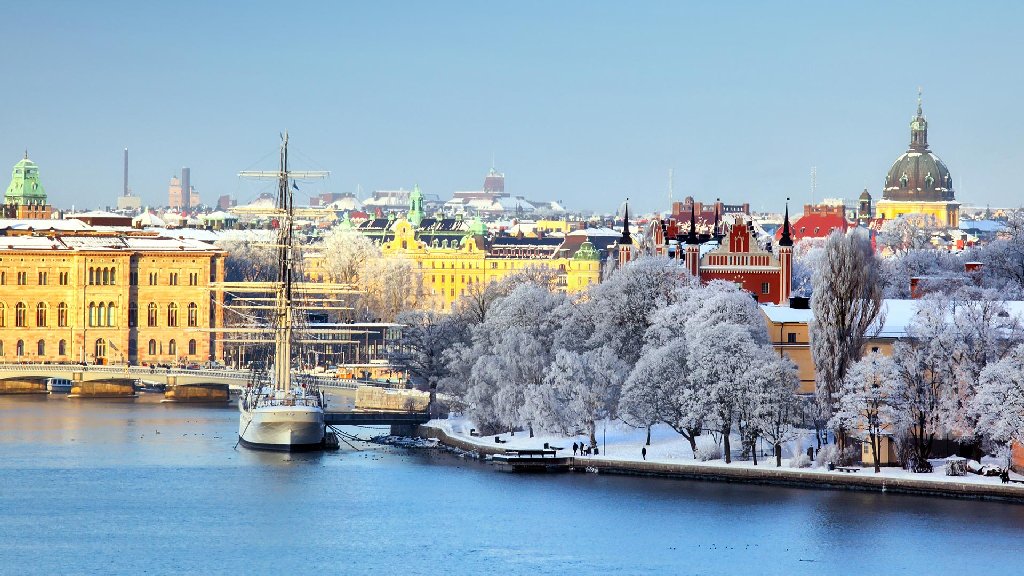 Tomas suffered a stroke in 1990 that left him partially paralyzed and unable to speak; however, he continued to write and publish poetry through the early 2000s. One of his final original volumes of poetry, Den stora gåtan, was published in 2004, translated into English in 2006 as The Great Enigma.

He published a short autobiography, Minnena ser mig (Memories look at me), in 1993. 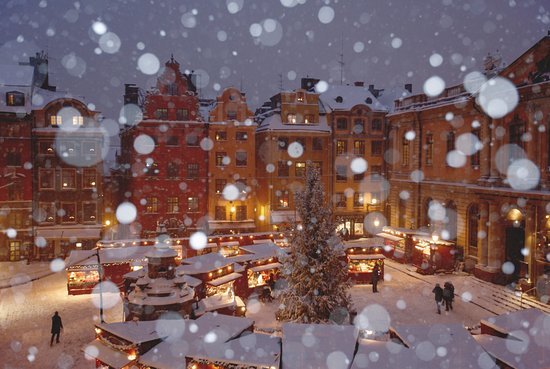 When Tomas was announced as the recipient of the 2011 Nobel Prize in Literature, he was the 108th winner of the award and the first Swede to win since 1974.  The Swedish Academy revealed that he had been nominated every single year since 1993. 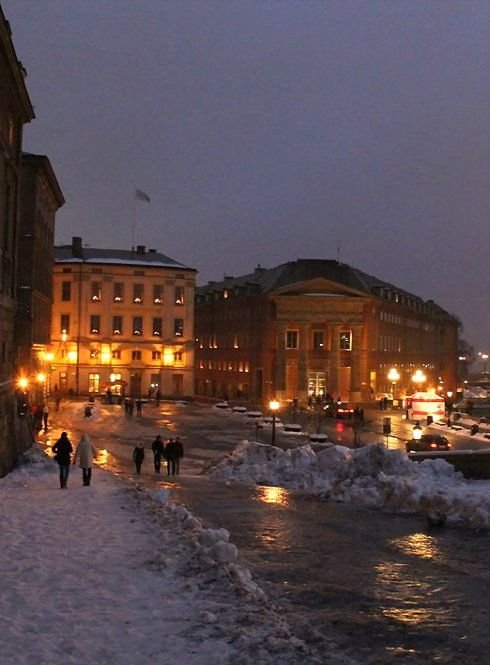 In addition to the Nobel prize, Tomas was awarded the following:

Other awards include the Övralid Prize, the Petrarca-Preis in Germany and the Swedish Award from International Poetry Forum.

One of poetry's strangest powers is its ability to draw out the great and wonderful from the mundane. Tomas Tranströmer has this ability in spades. Since his writing debut in the 1950s, his poetry has been characterised by its "everyday roots", and a striving after simplicity that allows room for its reader to marvel and to concentrate. His poems are marked by rich, keen and original imagery. Two of Tomas Tranströmer's greatest interests, nature and music, have also left deep impressions on his writing. 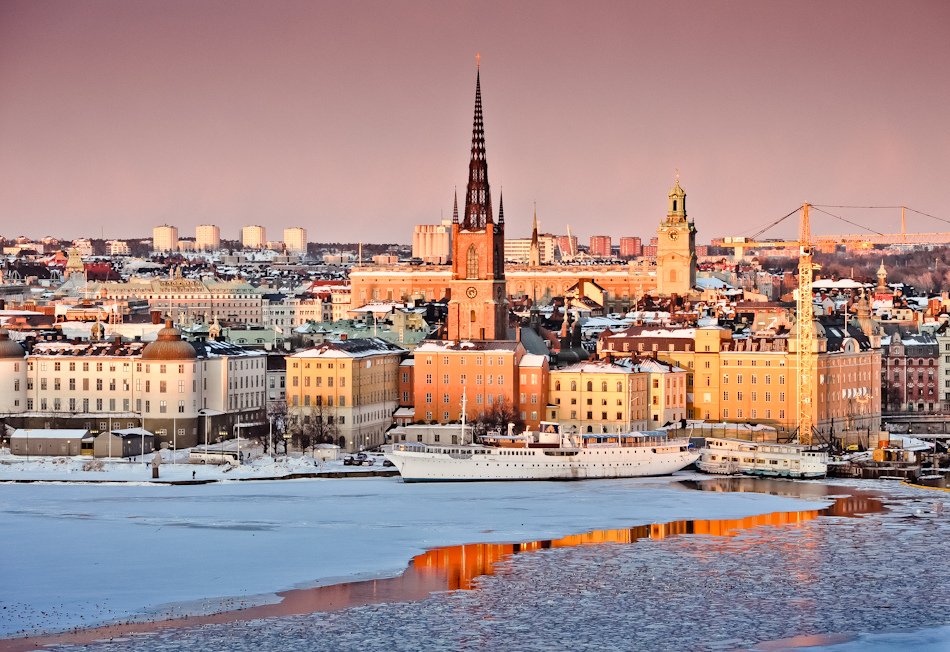 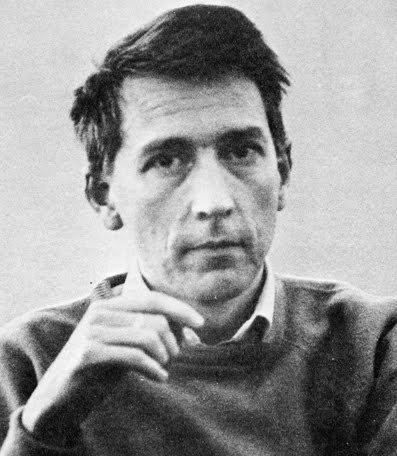 Tomas Tranströmer was born on April 15, 1931, the son of Gösta and Helmy, née Westerberg.

His parents divorced when Thomas was three years old, so he grew up in Stockholm with his mother, who was a schoolteacher.

On his father’s side he came from a long line of pilots who guided ships among the islands in the Stockholm archipelago.  They spent their summers at his maternal grandfather's pilot station on the island of Runmarö in the Stockholm archipelago, an environment that has always been an important starting point for his poetry, particularly Östersjöar, 1974 (Baltics, 1975).

Here, among islets and skerries, he developed an early interest in geography and science, especially entomology. Because of his work in collecting insects, a newly discovered beetle now bears Tranströmer's name: Mordellistena transtroemeriana. 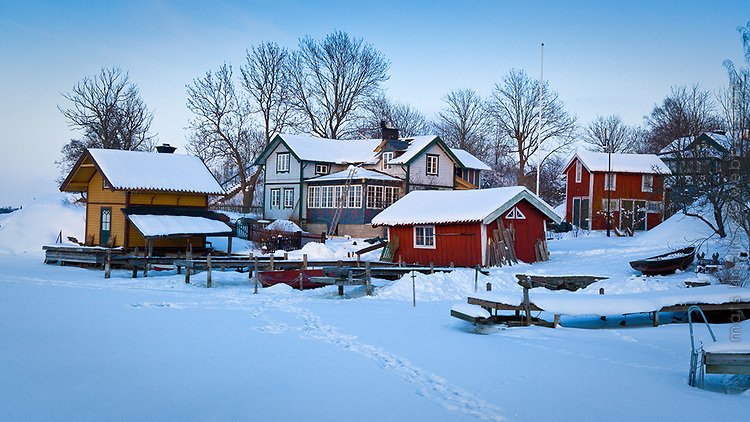 The Nobel Prize in Literature 2011 - Tomas Tranströmer – Biographical
As a teenager, Tranströmer cultivated artistic interests. Music became essential to him; he began to play the piano, and he soon approached poetry. His first poems were published in student magazines during the late 1940s.
After completing secondary school, Tranströmer studied literary history (writing his graduation essay on Swedish Baroque poetry), history of religion and psychology at Stockholm University College (now Stockholm University).

Monika was his lifelong companion and friend.  They were married for over 57 years. Monica was trained as a nurse, but accepted various jobs in order to ensure the two of them were together.

She looked after newborn children and their mothers, and for a time was in charge of Vietnamese refugees who were resettling in Sweden.

The Nobel Prize in Literature 2011 - Tomas Tranströmer – Biographical
During the late 50s he worked at the Institute for Psychometrics at Stockholm University College, then as a psychologist at Roxtuna outside Linköping, a youth correctional facility, and then from 1965 to 1990 as a psychologist at the Labor Market Institute in Västerås.
During the 50s he also took a number of trips, for example to Iceland, Yugoslavia, Greece, Italy, Morocco, Portugal, Spain and Egypt. His later worldwide travels, including many visits to the United States, mainly included reading tours and contacts with his translators. 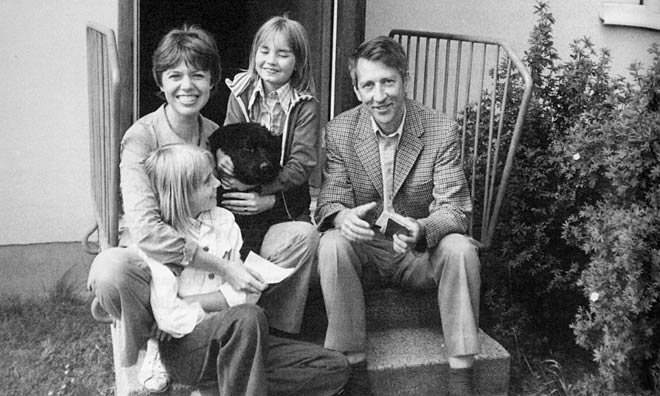 Although there is no poet’s angst in Tomas’s poems, his experiences as a psychologist did influence his poems and he became fascinated by dreams and what they meant.

He helped juvenile delinquents re-enter society, helped people with physical disabilities find a career and he counselled parole offenders and those in drug rehabilitation.  Once during a reading in New York, a member of the audience asked him if his work had affected his poetry.  He did reply, but mentioned how odd it seemed that so few people asked him ‘how has your poetry affected your work?’

In later collections such as För levande och döda, 1989 (For the Living and the Dead, 1994) and Sorgegondolen, 1996 (The Sorrow Gondola, 1997), death featured strongly though he treated it as mystics do – death is not to be feared.  “With trusting stillness, Tranströmer notes that life includes death, and vice versa”.

In 1990 Tranströmer suffered a stroke that paralyzed his right side. He almost entirely lost his ability to speak. From that point, writing took him much longer, although he published some poetry collections and a memoir, Minnena ser mig, 1993 (Memories Look at Me, 2011).

Tranströmer also increasingly embraced short forms of poetry such as haiku, which only reinforced his focus on concentration of expression. But even before he became ill, he took considerable time to write his vivid, precise poetry. Some poems took him years to complete. 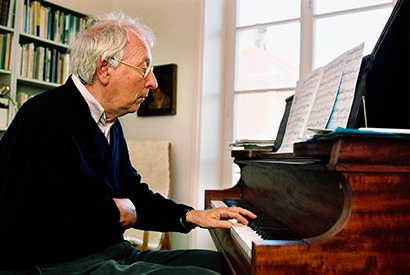 Tomas played the piano throughout his life; after his stroke, which paralyzed the right side of his body, he taught himself to play only with his left hand.

Between 1965 and 2000, Tranströmer lived in Västerås, Sweden. In 1997 the Municipality of Västerås established the Tranströmer Prize, which rewards outstanding poetic writing. From 2000 onwards he lived in his childhood city of Stockholm. 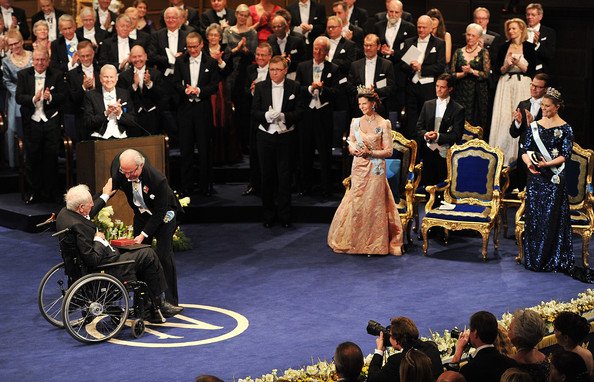 Since the Swedish language cannot be read by more than about one thousandth of the world's population, the skillfulness of his translators has been especially vital. Since efforts to translate his works began in earnest during the 60s, Tranströmer's international reputation has constantly gained strength. Today his works are available to readers of some sixty languages.  There are a number of people who have been key in making Tomas’s poems accessible to a wider audience.

Robin Fulton - An English translation by Robin Fulton and John Deane of his entire body of work, New Collected Poems, was published in the UK in 1987 and expanded in 1997.

Tranströmer's daughter  - one of his daughters is a concert singer. In 2011 she released the album Dagsmeja, containing songs based on Tranströmer's poems. 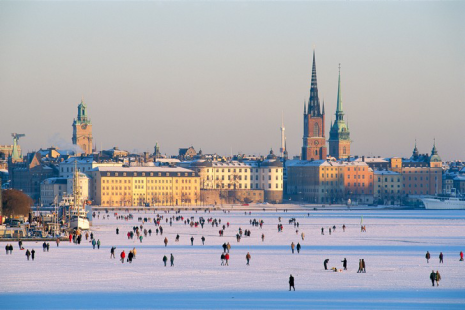