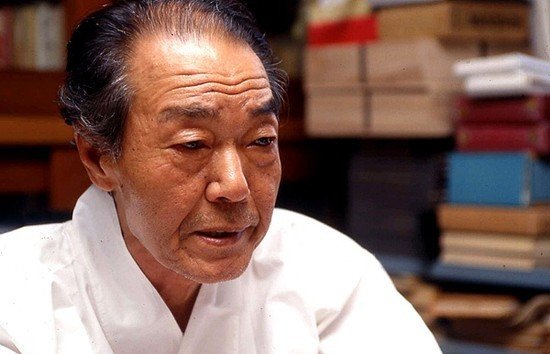 Seo Jeong-ju (May 18, 1915 – December 24, 2000) was a Korean poet and university professor [he taught Korean literature at Dongguk & Chosun Universities, amongst others], who wrote under the pen name Midang (lit. "not yet fully grown").

He is widely considered as one of the best poets in twentieth-century Korean literature and was nominated five times for the Nobel Prize in literature.

His grandmother’s stories and his interest in Buddhism had a strong influence upon his writing.  Seo Jeong-ju created the idea of Sillacho, as a sort of Korean spiritual homeland, and by doing so, reached new artistic heights. The ancient country of Silla was the wellspring of the poet’s artistic inspiration in later years, a country where nature and men exist in perfect unity. Rooted in Buddhist thought, it revived the concept of karma and the philosophy of Zen Buddhism.

Among his notable poetry collections are:

Seo was actively involved in the formation of the Association of Joseon Literary Youth (Joseon cheongnyeon munhakga hyeophoe) and in 1949 he became one of the key founding members of the Association of Korean Writers (Hanguk munin hyeophoe). He was nominated as a lifetime member of the Arts Center (Yesulwon) in 1954.  He wrote over 1,000 poems over more than 60 years and had considerable influence on Korean literature, being considered the ‘founding father of modern Korean poetry’. Under the pen name Midang, he published at least 15 collections of poetry.

His works have been translated into a number of languages, including English, French, Spanish, and German. His 100th anniversary in December 2016 was commemorated by the republication of his collected works which included recently discovered and previously unpublished poems. The Midang Literary House was opened in the year after his death, and located in the poet’s native village and final resting place.

The Midang Literary Prize is presented there during the chrysanthemum season, in commemoration of his most famous poem, "Beside the Chrysanthemum" (국화옆에서). 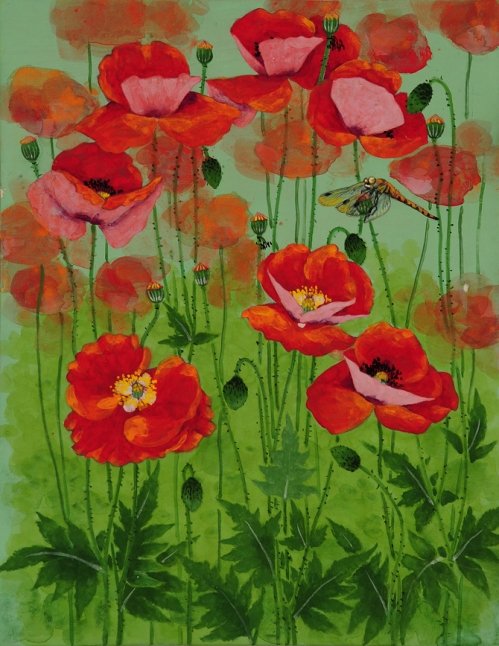 Seo Jeong-ju was born in in the vicinity of Seonunsa, Gochang County, North Jeolla Province, and received his primary education in Seodang village until 1924. The traditional stories told him by his grandmother, his primary education and his youthful experiences influenced his literary style.  But perhaps of greatest influence was the fact that this was a Japanese colonial period.

Seo Jeong-ju joined the Gwangju Students Movement (Hangul: 광주 학생 운동) whilst still at Seoul Central High School; this was a movement that was started to fight against Japanese Imperialism and it had an extraordinary effect.  Around November 3, 1926, when Seo Jeong-ju  was just 11, students attending Gwangju High School came together to create a secret group against Japanese rule; feelings came to a head on October 30, 1929, when Korean and Japanese students clashed on a train going from Gangju to Naju Station. The entire protest was sparked by a small incident when a Korean girl was harassed at Naju (나주) Station.  On November 3, 1929, 54,000 Students participated in a protest against Japanese Imperialism.  At the time the movement was taking effect, Seo Jeong-ju was about 14, but it had its consequences, as he was expelled and denied admission to Kochang High School as a result, as the Japanese authorities attempted to crush the protest movement.  In February 12, 1930, those who were the main leaders of the uprising and protest were brought to trial.

Despite the protest being crushed by Japanese authorities, feelings continued to run very high during the 1930s.  The Empire of Japan [ironically largely created by American imperialism – see Japanese mysticism entry] aimed to dominate Asia and the Pacific and was already at war with the Republic of China in 1937.  In December 1941, Japan attacked the United States and European colonies in the Pacific Ocean, and quickly conquered much of the Western Pacific.  But in an act of either extreme bravery or extreme foolhardiness, in May 20, 1943, Gwangju Seo Middle School students again protested.

The brutality of the Japanese at the time, is of course well known, but these movements were important because it eventually had its effect after the war, gaining Korea its freedom from the Japanese and the independence that they fought for, although needless to say not without many brutal acts and many casualties. 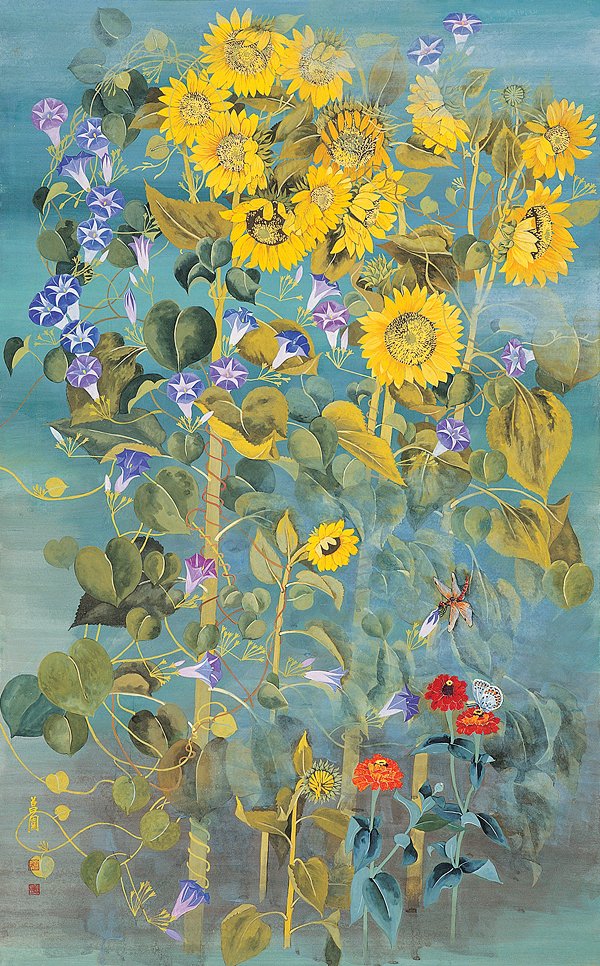 Meanwhile, by 1936, Seo Jeong-ju had entered Dongguk Univ. Central Buddhism Academy.  In 1936, his poem, Byuk (Wall), was published in The Dong-a Ilbo newspaper.   Along with Kim Dong-ri, Mingdang, as he then started to be called, attempted to create their own style of ‘village poetry’.  They rejected the influence of the western writers of the time, which tended to be either atheistic or modernist, and established their own unique style, a style which aimed to find a softer more Korean spiritual middle way between the overly sentimental poems of earlier epochs and the stark, graceless and frankly bleak poetry of the atheists.

Seo Jeong-ju became fascinated and influenced by ancient Greek mythology and was interested in the songs and heritage that Korea enjoyed via the mudang and the songs of the mudang.  He became interested in the supernatural and spirits, revelled in the beauty and joy of the Korean language, and embraced the possibilities it offered.

American Imperialism was no less destructive to Korean literature and culture than Japanese imperialism and Mingdang introduced the concept of “pure literature or pure poetry”, meaning untainted by western religions and ideas.  He had numerous clashes with the left-wing Korean-American literary alliance, an essentially atheist society.

The arts and mysticism as flag bearers

Poetry, literature, art, music, dance, dress and the Korean mystic movement are the flag bearers of independence for Korea, icons of cultural identity.  And Mingdang’s contribution to this resistance movement propelled him into the mainstream of South Korean literary history. Since then, many of his works have been used in school textbooks, greatly influencing 'the universal sentiments of the people'.

Korea was extraordinarily vulnerable before and after WWII, as China became Communist and turned aggressor, America continued its materialist advances threatening to swamp the country with western culture and ideas, and Japan, only slowly released its Imperialistic grip.  Many of the protesters who stood up against the Japanese died of torture, died in jail, or died after being released due to illness from the harsh conditions of the jails.  ‘Student's day’, first established in October 20, 1953, abolished in March 30, 1973, but re-established in September 19, 1984 is a memorial day for all of those students who participated and died in fighting against Japanese imperialism. 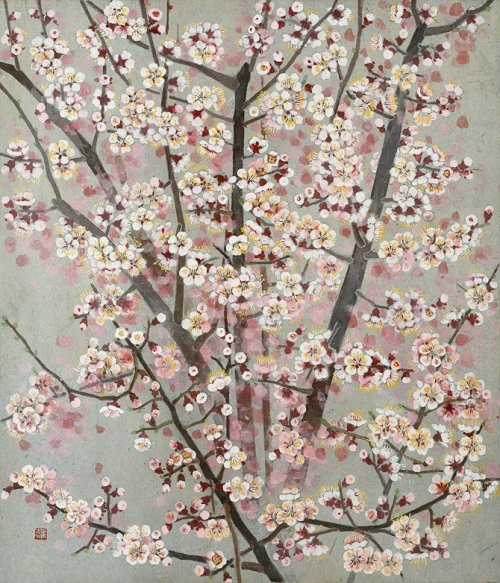 The battle is not over.  The Gwangju Uprising, alternatively called May 18 Democratic Uprising by UNESCO, and also known as the Gwangju Democratization Movement (Hangul: 광주 민주화 운동; Hanja: 光州民主化運動;), was a popular uprising in the city of Gwangju, South Korea, from May 18 to 27, 1980.  Estimates suggest up to 606 people may have died, although the official figures have been criticized by some as being too low. Based on reports by foreign press sources and critics of the Chun Doo-hwan administration, it has been argued that the actual death toll was in the 1,000 to 2,000 range.

During this period, Gwangju citizens took up arms, when local Chonnam University students – who were demonstrating against the Chun Doo-hwan government – were fired upon, killed, and beaten in an unprecedented attack by government troops.  The uprising eventually ended in defeat on May 27, 1980.

Chun Doo-hwan had become the default leader of South Korea at that time; he came into power on December 12, 1979, after leading a successful military coup of the previous democratically elected South Korean government.  He was regarded as being an American ‘stooge’, a plant supported by the American anti-Communist FBI and CIA. In essence, fundamental to this movement was a perception of U.S. complicity in Chun's rise to power.  According to Bruce Cumings:

Gwangju convinced a new generation of young [Koreans] that the democratic movement had developed not with the support of Washington, as an older generation of more conservative Koreans thought, but in the face of daily American support for any dictator who could quell the democratic aspirations of the Korean people.

The meddling of larger powers in the affairs of Korea continues unabated.  Korea faces three aggressors still, plus a fourth in Russia. 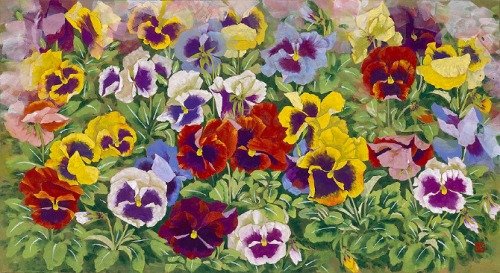 Seo Jeong-ju and the Gwangju uprising

Korea was liberated on August 15th 1945, officially ending Imperial Japanese colonial rule.  In South Korea it is celebrated as Gwangbokjeol (transliteration of Korean: literally, "the day the light returned").  After the independence of Korea, Seo Jeong-ju worked as a professor of literature at Dongguk and other Universities from 1959 to 1979.

And then Seo Jeong-ju made an appalling mistake during the Gwang-ju uprising.  Instead of maintaining his poetry as a beacon of Korean culture, he took sides.  In 1980, during the Gwangju uprising and the establishment of the Chun Doo Hwan regime, he appeared on TV broadcasts and declared his military support. 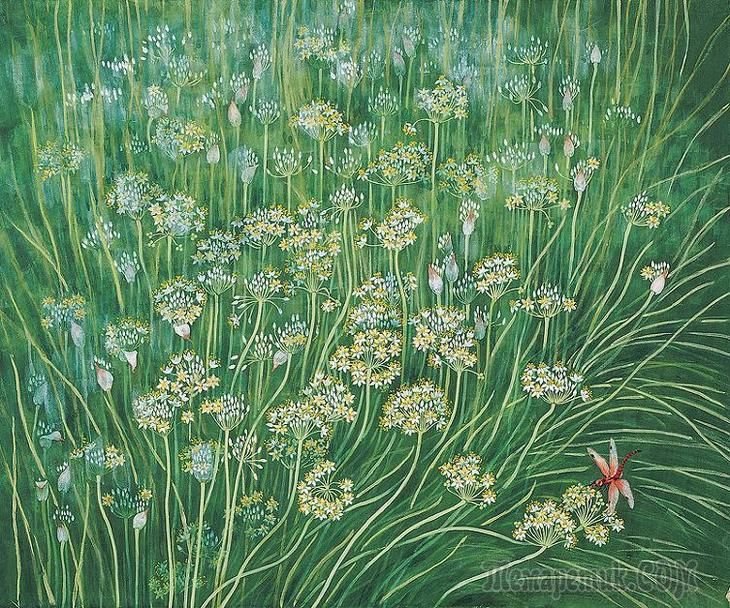 He may have thought that American imperialism was the lesser of all the evils that were likely to beset Korea at the time, but very few probably knew what was happening in China to make him so nervous.

The Anti-Spiritual Pollution Campaign (Chinese: 清除精神污染) was a campaign spearheaded by conservative factions within the Communist Party of China that officially started in October 1983.  It had been bubbling under the surface for many years.  It was a very deliberate attempt to destroy all things spiritual as its name states.  It continues.  The destruction in Tibet bears witness to this fact.

But how many saw this?  And how many intellectuals and Government officials were sympathetic to this suppression of spiritual values?  The mudang – the Korean shamans had to suffer an appalling level of persecution during these years, and Buddhism fared little better.

As a consequence of the rise of materialism in his own country, and this ill-judged political action, Seo Jeong-ju became a subject of criticism and derision.  In the literary education field, his poetry was excluded from the state textbooks, and many of his colleagues turned their back on him, making it all too obvious what their thoughts of this action were.

Seo Jeong-ju eventually became ill as a consequence of this persecution.  His wife died in October 2000, and he further declined in health, barely eating or drinking.  He died on December 24, 2000. 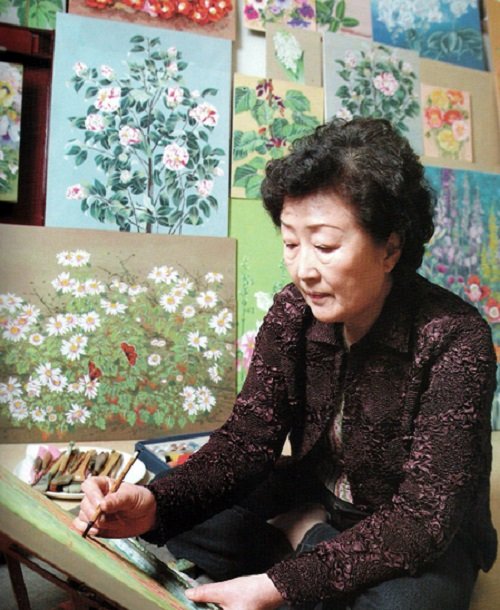