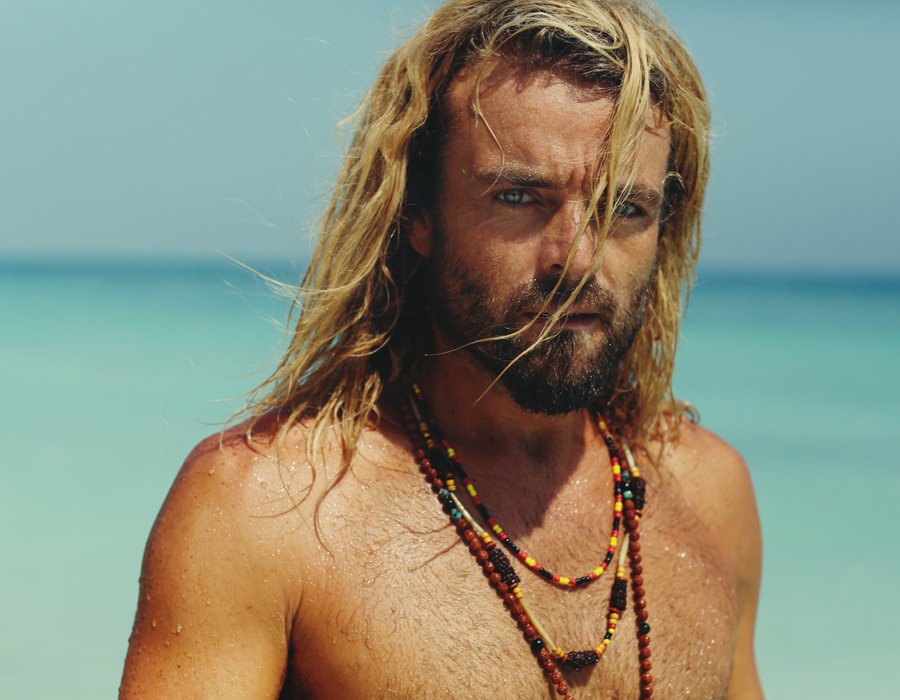 The description was derived in part  from Wikipedia

Xavier Rudd (born 29 May 1978) is an Australian singer, songwriter and multi-instrumentalist.

He started as a one-man band who played surrounded by instruments in a complicated array.

Typically, he had three didgeridoos placed in front of him on a stand, a guitar on his lap, a stompbox by his habitually bare feet, and an assortment of drums, harmonicas & bells near at hand, or near at foot as the case may be.   He is amazingly versatile and is able to play and use:

The majority of Rudd's songs incorporate thoughts about spirituality, humanity, environmentalism and the rights of Aboriginal peoples  and include stories of the mistreatment of the indigenous people of his homeland.

Rudd has also included both Australian and Canadian Aboriginal vocals in some of his songs. The Didgeridoo features strongly in many of his songs and most of them have a strong rhythmic beat, very close to that of a heartbeat.

His words are not empty gestures either.  In 2006, Xavier completed what he at that time described as one of his most ambitious and complex projects to date and it had nothing to do with music. In October, the singer-songwriter, his wife Marci and their two sons Joaquin and Finojet, [then 8 and 3 respectively], realised the 'great Australian dream' of owning their own eco home.

Not only is it situated on five acres of bushland ten minutes walk from his beloved Bells Beach, it’s also entirely environmentally sustainable and self-sufficient. For a family who’s always been nomadic – they once lived in a van when their eldest was younger – their custom-built piece of paradise has been a long time coming.

“We just wanted to have our own little sanctuary away from everything,” says Rudd. “We spend so much time on the road touring, dealing with different people and places, and just wanted a place we can come back and retreat and refuel.” 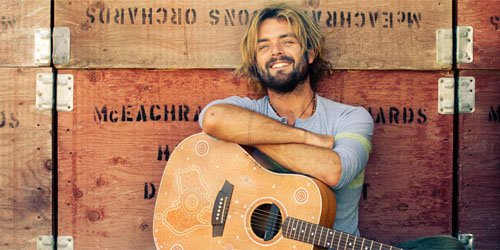 One of the interesting features of his playing is that he uses circular breathing to play all the wind instruments –the didgeridoos  - and circular breathing is very like khapalbati breathing which is a yoga technique and aimed at promoting spiritual experience.

He is also a vegetarian and was nominated for PETA's annual "World's Sexiest Vegetarian Celebrity" award in 2007!  As a very old age pensioner, even I think he is a bit dishy [as we old ones say]. 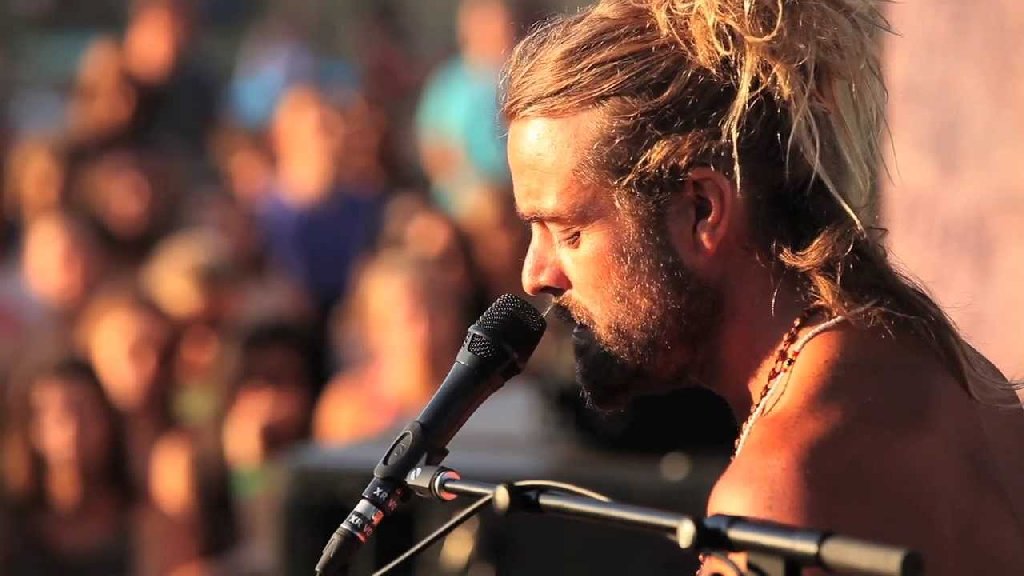 Rudd grew up in Torquay, Victoria, where he attended St. Joseph's College, Geelong. He showed a keen interest in music growing up. Before his solo career he began playing music as part of the band 'Xavier and the Hum'. He draws inspiration from music from many sources, such as Hawaiian and Native American music.  Rudd's career was originally fostered by his wife Marci, who encouraged Rudd to start playing live. It is her faith that eventually sent him out into the world as a touring artist.

from an article on the Internet
She has been my solid partner in life,  I didn't have a lot of confidence and she encouraged me. My core is at home and my roots come through. I'm always searching for those same connections and trying to understand those connections. 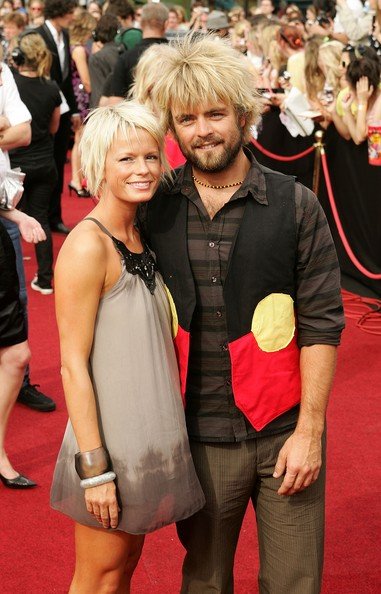 Rudd with Marci before the collapse
of their marriage

But after a 10-year marriage, Marci  ended their relationship in 2008.  While the breakdown of his marriage hit him very hard, Rudd said his music was always one step ahead of him. Although he didn't know it at the time, his 2008 album Dark Shades of Blue was an indicator of the troubles ahead.

On the last album I never really understood what it meant while I was writing it, and I think it was a reflection of the storm that was coming.

Around the same time Rudd met South African bassist Tio Moloantoa and percussionist Andile Nqubezelo at an Austrian music festival.  The resulting partnership with Moloantoa and Nqubezelo, collectively known as Izintaba, probably saved him from plunging into the abyss.

We just had a very heavy connection. Our bond has formed not only musically but spiritually and emotionally. They came along at a really tough time in my life so they came on this journey with me. I don't know how I would have gone without them.  They said that they would hold me up and that's why I feel like they are mountains. When I'm with them I feel stable - like I'm standing on a mountain.  They clearly love me and they have become close to my kids. We have this bond, this friendship.

“a band with a strong message of all people coming together around the globe to return to spirit, respect the ancient ways and protect the Earth and the very essence of creation”

He has played and become well known at music festivals worldwide including the Bonnaroo Music Festival, the High Sierra (2004 & 2007) and Wakarusa (2005), moe.down (2003), Summer Sonic, Lowlands, Rock Werchter among others. As his popularity continued to grow, he received many opportunities to perform on tour with artists such as Jack Johnson, Dave Matthews, Ben Harper, Good Old War, G. Love & Special Sauce, and Rodrigo y Gabriela.

His music is wonderful. 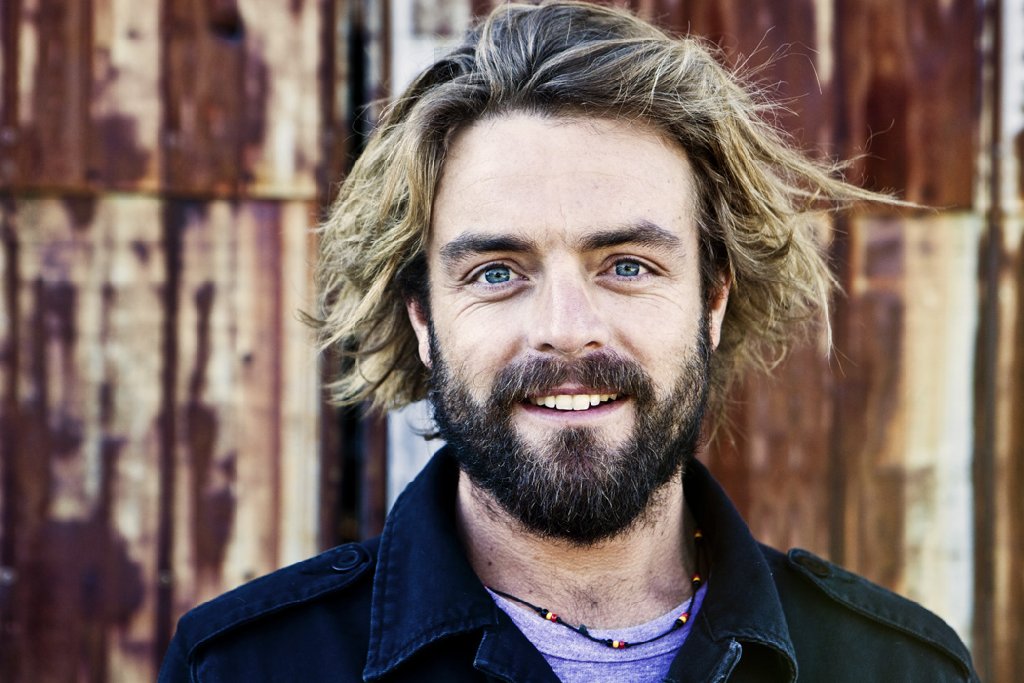