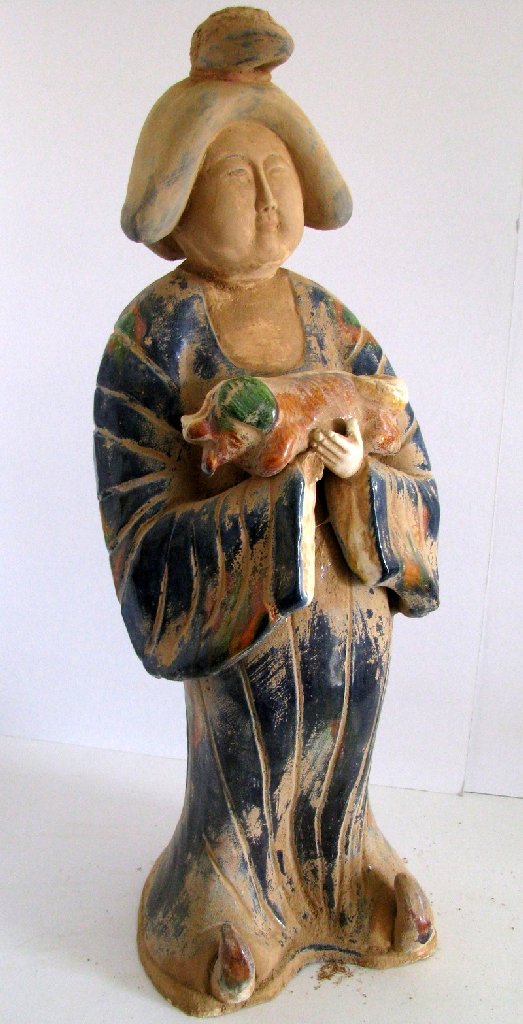 Li Bai (701–762), also known as Li Po, was a Chinese poet acclaimed from his own day to the present as a genius and romantic figure who took traditional poetic forms to new heights.

He and his friend Du Fu (712–770) were the two most prominent figures in the flourishing of Chinese poetry in the mid-Tang Dynasty that is often called the "Golden Age of China".

Around a thousand poems attributed to him are extant, thirty-four in the canonical 18th-century anthology Three Hundred Tang Poems.

The poems were models for celebrating the pleasures of friendship, the depth of nature, solitude, and the joys of drinking wine. Among the most famous are "Waking from Drunkenness on a Spring Day", "The Hard Road to Shu", and "Quiet Night Thought", which appears frequently in school texts in China today.

Legend holds that Li drowned when he reached from his boat to grasp the moon’s reflection in the river. 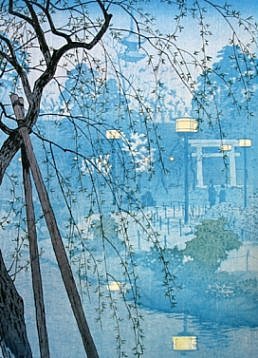 The most famous name in Chinese literature.

Born in the province of Ssuch`uan, Li Po obtained his doctor's degree at the age of twenty, and was already known as a brilliant, inspired poet before Ming Huang became his patron in the capital.

A suite of rooms overlooking the beautiful gardens of T`eng-hsiang T`ing, where the Emperor retired after the routine of the day, was assigned to him.

Here the poet improvised, whilst Ming Huang himself wrote down the verses that he afterwards set to music, and accompanied while the poet sang.

But Li Po, with all his enthusiasm for his patron and the delights of the garden-life, was little of a courtier.

When Ming Huang bade the masterful eunuch Kao Li-shih unlace the poet's boots, he gave him a relentless enemy whose malice pursued him, until at length he was glad to beg leave to retire from the court, where he was never at ease and to which he never returned.

Troubadour-like, he wandered through the provinces, the guest of mandarin and local governor, the star of the drinking-taverns, the delight and embarrassment of all his hosts.

At length a friend of former days, to whom he had attached himself, unhappily involved him in the famous rebellion of An Lu-shan.

The poet was seized and thrown into prison. Yet prison doors were ill warders of his fame, and letters of recall followed closely upon pardon; but death overtook the exile before he could reach the capital, and at the age of sixty his wanderings came to an end.

Li Po was a poet with a sword by his side. He would have ruffled bravely with our Elizabethans, and for a Chinese is strangely warlike in sentiment.  How he loves the bravo of Chao with his sabre from the Chinese Sheffield of Wu,
"with the surface smooth as ice and dazzling as snow, with his saddle broidered with silver upon his white steed; who when he passes, swift as the wind, may be said to resemble a shooting star!"

He compares the frontiersman, who has never so much as opened a book in all his life, yet knows how to follow in the chase, and is skilful, strong, and hardy, with the men of his own profession.
"From these intrepid wanderers how different our literary men who grow grey over their books behind a curtained window."

It is harder to write of Li Po than of any other Chinese poet.

Po Chu-i has his own distinctive feeling for romance, Tu Fu his minute literary craftsmanship, Ssu-K`ung T`u the delicate aroma of suggestive mysticism; but Li Po is many-sided, and has perhaps more of the world-spirit than all of them. We can imagine this bold, careless, impulsive artist, with his moments of great exaltation
and alternate depression, a kind of Chinese Paul Verlaine, with his sensitive mind of a child, always recording impressions as they come.

T`ai Chen the beautiful and the grim frontiersman are alike faithfully portrayed. He lives for the moment, and the moment is often wine-flushed like the rosy glow of dawn, or grey and wan as the twilight of a hopeless day.