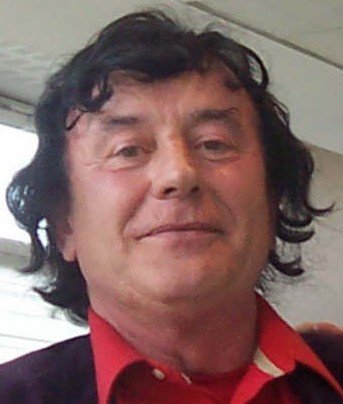 Jean Pierre Girard is a French psychic, born on December 22nd, 1942 in Loches in Indre-et-Loire, he was a ward of Court.

The Metal-Benders – Professor John B. Hasted

Jean-Pierre Girard .... was a rejected child brought up in the west of France in a public institution.
When he first noticed his ability to produce psychokinetic effects he did not dare to tell anyone.
He now works in pharmaceuticals and is also an amateur conjuror; he thought his metal-bending ability might be useful in performances, so he practised in order to be able to perform in front of others.
He says he had ‘to learn to be an exhibitionist’. When the metal-bending occurs, he claims to feel that it is coming.


Girard is able to bend metal and spoons, perform psychokinetic feats, and also distort metal in sealed containers. What makes Girard’s feats especially interesting is that in general he does not touch the pieces at all, but is able to bend metal at a distance, in sealed containers and jars.  This has been witnessed on numerous occasions and has been videotaped as well, as such there is almost fool-proof evidence of his abilities. Girard’s autobiography describes how paranormal faculties appeared in him at the age of 7, after he had been struck by lightning. 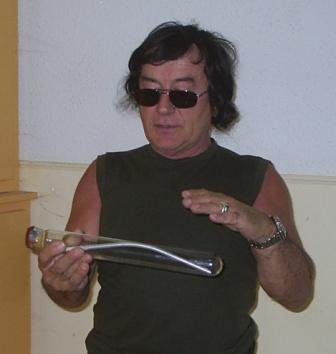 Girard belongs to what are now called the ‘second generation metal-benders’, a great number of whom made their appearance in Europe.

Up until the ‘60s, many of the metal benders were children.  The exception of course was Uri Geller, but in the ‘70s a new set of people started to come forward, some of whom were adult rather than children.  These second generation metal benders came forward not as an immediate result of Geller’s own performances as the children had tended to do, but occasionally in response to TV and radio programmes.

The Metal-Benders – Professor John B. Hasted
In 1975 I was asked by the French chemical physicist Dr Wolkowski to participate in a discussion on the French radio of paranormal physical phenomena. On the day following the broadcast Dr Wolkowski telephoned that as a result of the programme he had been approached by a Parisian, Jean-Pierre Girard, who appeared to have strong psychokinetic abilities.

Jean-Pierre Girard and the Bernese Silvio Mayer were examples of this second generation. The attitude of the second generation of benders was different from that of Geller himself.  Geller became an international celebrity, but the second generation tended not to want to be quite so exposed.   Many simply continued with their careers and as far as possible co-operated with researchers and the media in their spare time. 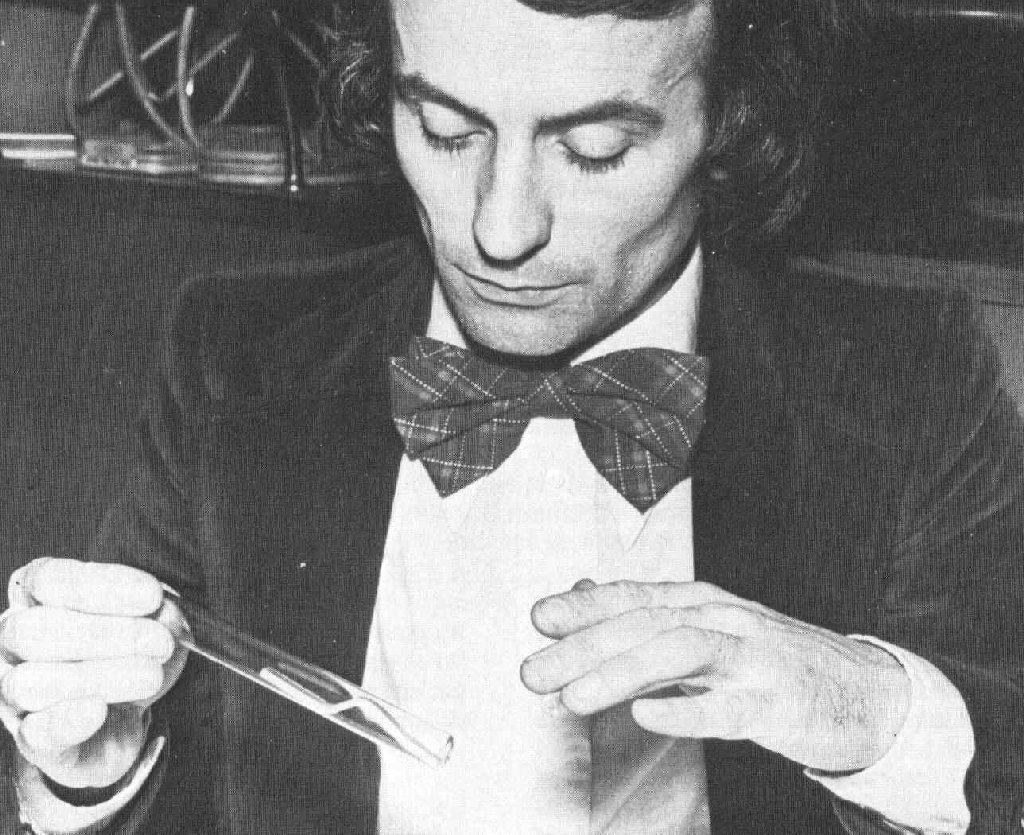 Up until Girard was 32, he lived a very ordinary life.  At the age of 17 he became a skilled worker at the Safety factory in Fondettes near Tours. At the age of 19, he joined the 6th Dragons regiment stationed at Neustadt and der Weisrasse.  After 4 years, he left the army and worked for the DASS.  He then became a health worker in the veterinary laboratory at Chauveau-Dixneuf.

In 1974, aged 32, and as we have seen above, Girard decided to contact the research laboratory of Dr Wolkowski.  But he did not stop work.  He worked in the pharmaceutical industry, first as a medical delegate, then as manager and finally a deputy executive.  He worked for Roussel-Diamant, Searle Lab, Lederlé, Fournier, and Ethical (subsidiary Delagrange Group).

Eventually, however, he did set up a training company whose objective was and is to teach others that they too could bend spoons and metal.  The decision to set up the company was partly in response to the constant bombardment he was getting from sceptics that it couldn't be done - if you teach thousands how to do it, the critics tend to melt away - avec "pas une jambe pour se tenir debout', as we say in the UK. 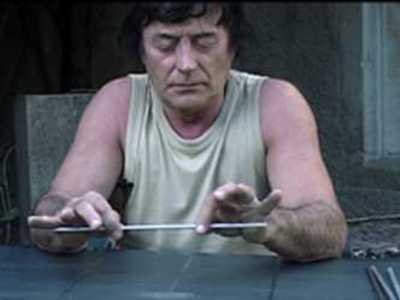 We have a number of observations for Girard, but they simply provide a representative sample of what he is able to do, as opposed to being an exhaustive record.

Professor Zbigniew William Wolkowski worked with Girard from about November 1975,  in the presence of John G. Taylor, Richard Dick Mattuck, George Wikmann, and Casimir Bogdanski, where experiments in deforming objects were carried out under controlled conditions.  The published results include what were called extreme deformations:

What makes these experiments somewhat extraordinary is that all the deformations took place in vacuum sealed glass ampoules.  A sort of ‘remote bending’. 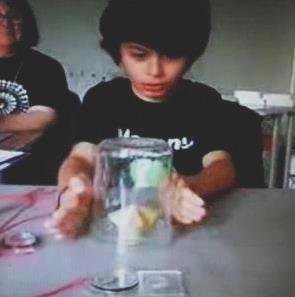 Dr Wolkowski, conducted the first experiments with Jean-Pierre Girard in Paris, and reported numerous examples of bending of metal objects within sealed tubes, not just the three sealed tube experiments resulting in the dramatic bends described above.
Experiments were made with Girard when the glass tubes were hermetically sealed and also when not.  In the early experiments, the sealing was not hermetic; meaning the objects were not in a vacuum.  But from the point of view of the security of the experiment they were tamper proof, as the glass at one end had been softened and pinched together by Dr Wolkowski.

Dr Wolkowski
We then embarked on a more sophisticated experiment, which consisted of sealing different metal objects in Pyrex glass tubes; these were completely sealed with a torch. They were weighed with a precision of g and measured with a precision of m, and were left with Girard. Inside we had placed different metal objects such as metal paperclips and steel springs of the coil kind; when they were returned to us they were quite remarkably bent, from 10° to 30°. The steel spring, for example, which was straight at the beginning, was now so distended that at one point it could no longer move freely in the Pyrex tube. All the tubes were still the same weights and the same dimensions, and the glass blower could not detect any tampering.

Girard was also able to demonstrate “The phenomenon of psychokinesis on cholesteryl liquid crystal plates placed 2 meters away from the subject.” 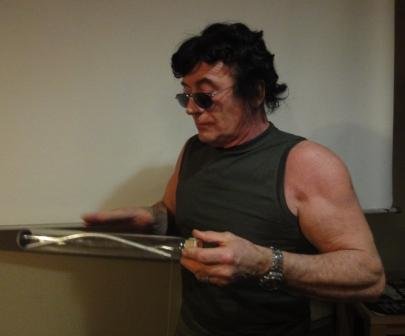 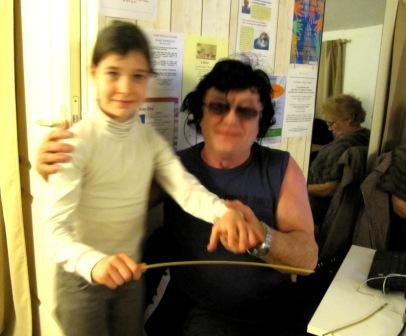 These first experiments aroused the interest of researchers in the non-ferrous metal company Pechiney-Ugine-Kuhlmann, which provided metal for Concorde. Professor Charles Crussard, their chief scientist, took up the investigations, using the extensive metallurgical facilities of his laboratories.  I think it should be apparent that if any metal working company found ways of harnessing these skills, and honing them they would gain significant commercial advantage.

In 1976, Girard was involved in several experiments at The Aluminum Technical Center (the scientific laboratory of the Pechiney company) demonstrating abnormal deformation of metals.  The experiments were witnessed by 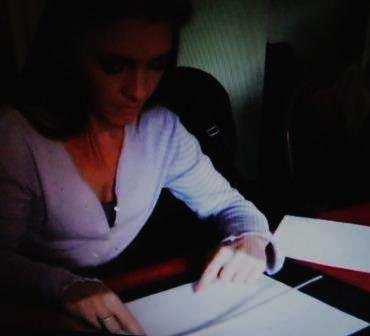 There were at least two permanent observers for every experiment, and technical controls were also used notably a video camera with a set of mirrors to check from several angles, a memory oscilloscope, and a video recorder.  Two tracks with ultra-violet "Ultralette" galvanic pencils were used.

In the 12th May session, the technical control was provided by two loggers - a potentiometric record with SEFRAM writer and the Ultralette previously mentioned -  and the samples consisted of aeronautical alloy bars (AU4GT4 and AU2GT4 , 8 and 12 mm in diameter).

Yet again, the test pieces in all these experiments were in sealed glass tubes.  Afterwards the objects were examined to establish the modification of their internal structure that had taken place, any localised hardening or softening as well as ‘martensitic transformation with appearance of magnetism’. In January 1982, the TV program Mercredis de l'information on TF1, reported these experiments and immediately created controversy. 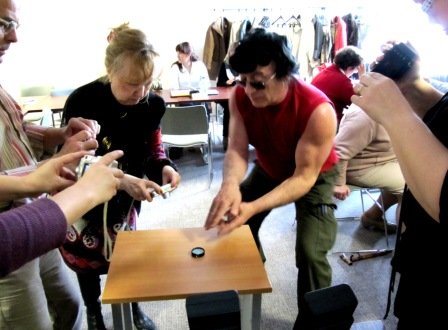 Attempts to discredit him

When the Abbe Moignon first showed Edison's phonograph to the Paris Academy of Science, all the men of science present declared it impossible to reproduce the human voice by means of a metal disc, and the Abbe was accused, Sir William Barrett tells us, of having a ventriloquist concealed beneath the table. The thing was unbelievable.

The Abbe Moignon was roundly persecuted and scorn was poured upon him for bringing such trickery into the academy.

Girard, himself has been the victim of trickery by those who seek, for reasons we have explored on the site, to make his feats look like acts of magic or ‘illusion’ [whatever illusion is], rather than anything else.

Magicians, and materialists have joined together in their attempts to discredit him.  It hardly seems worth us going through the ridiculous attempts, as the scientific research and observations we have are evidence enough to show he was completely innocent and his talents were genuine.   In 1976, he even sued a medical journalist, Jean-Pascal Huvé, for having written a defamatory article about him.  By judgment of 1 June 1977, the Tribunal de Grande Instance of Paris found in his favour.

According to Girard, he has produced effects of psychokinesis in the presence of James Randi [the magician skeptic], and even invited Randi to Grenoble to attend an experiment in front of scientists and including a very rigorous control device approved by Randi himself. Randi apparently declined the invitation.

Read the research we have provided, the proof and the evidence is there. 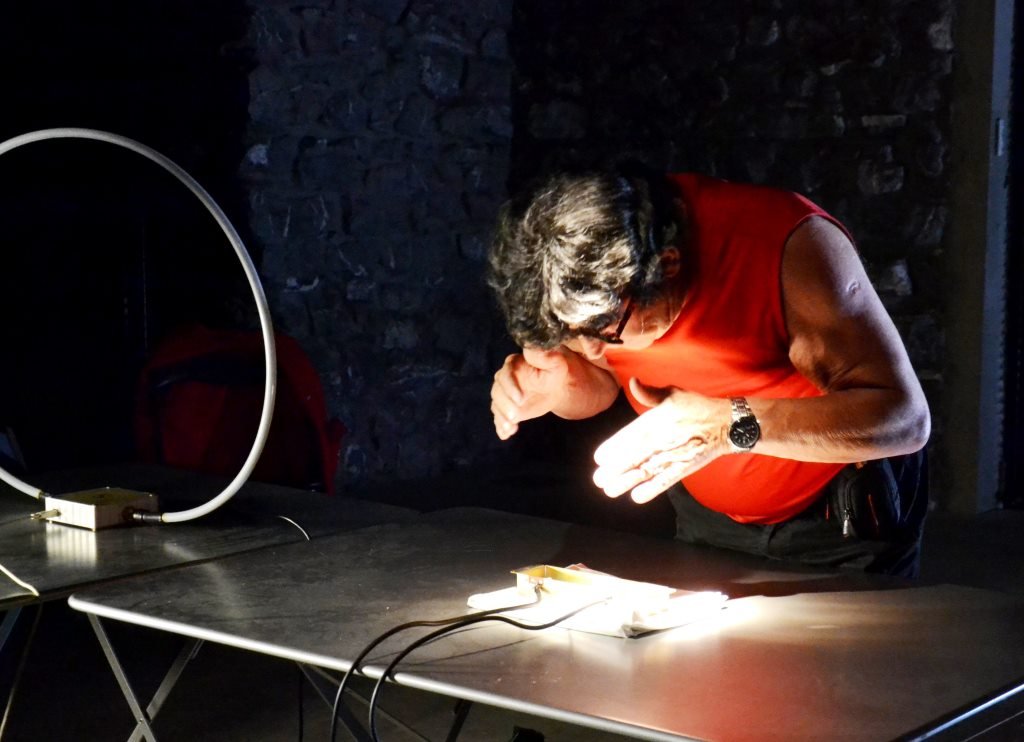