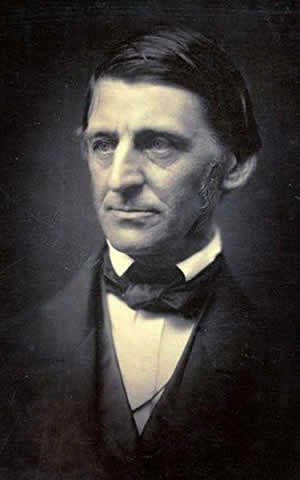 Ralph Waldo Emerson [1803 to 1882] was an American essayist, philosopher, poet, and leader of the Transcendentalist  movement in the early 19th century.  His teachings directly influenced the growing New Thought movement of the mid 1800s.

Emerson graduated from Harvard in 1821 at the age of eighteen.  He initially made his living as a schoolmaster, but then went to Harvard Divinity School and emerged as a Unitarian minister in 1829.  A dispute with church officials over the administration of the Communion service, and misgivings about public prayer led to his resignation in 1832.

Emerson gradually moved away from the religious and social beliefs of his contemporaries, formulating and expressing the philosophy of Transcendentalism in his 1836 essay ‘Nature’.

As a result of this ground breaking work, he gave a speech entitled The American Scholar in 1837, which Oliver Wendell Holmes Sr. considered to be America's "Intellectual Declaration of Independence".

Considered one of the great orators of the time, Emerson's enthusiasm and respect for his audience enraptured crowds. His support for abolitionism late in life created controversy. When asked to sum up his work, he said his central doctrine was "the infinitude of the private man."

In 1845, Emerson's Journal records that he was reading the Bhagavad Gita and Henry Thomas Colebrooke’s Essays on the Vedas. Emerson was strongly influenced by the Vedas and understood the concept of the Atman [Higher spirit], calling it the Over-soul - somewhat echoing Plato's use of the term Immortal soul [in contrast with the mortal soul].   One example of this can be found in his essay "The Over-soul”:

We live in succession, in division, in parts, in particles. Meantime within man is the soul of the whole; the wise silence; the universal beauty, to which every part and particle is equally related, the eternal ONE. And this deep power in which we exist and whose beatitude is all accessible to us, is not only self-sufficing and perfect in every hour, but the act of seeing and the thing seen, the seer and the spectacle, the subject and the object, are one. We see the world piece by piece, as the sun, the moon, the animal, the tree; but the whole, of which these are shining parts, is the over-soul. 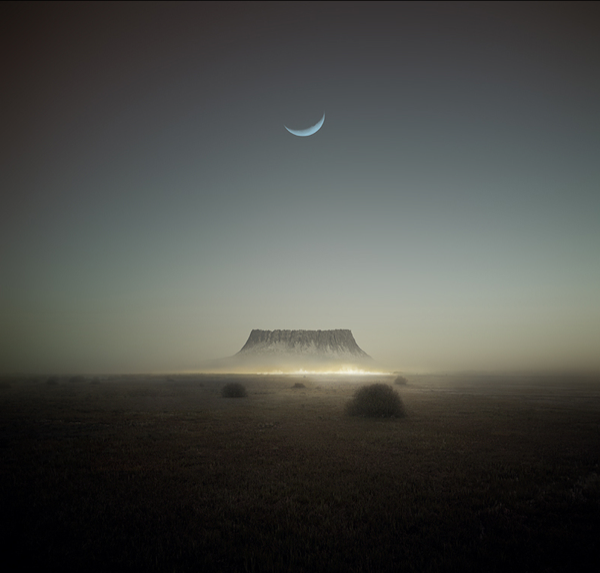 Emerson was strongly influenced by his early reading of the French essayist Montaigne.

From those compositions he took the conversational, subjective style for which Montaigne was well known.

Emerson used Coleridge's interpretation of Emmanuel Kant's works, to include a philosophical aspect to his writings.

The result was the emergence of wisdom long lost, but which he reframed in new easy to understand language, covering concepts such as the soul and God.  Emerson's God was not a personal God, but far more in line with Eastern and classical wisdom.

The Transcendentalism movement, of which Emerson became a leader, began as a protest against the general state of culture and society at the time, and in particular, the state of intellectualism at Harvard and the doctrine of the Unitarian church taught at Harvard Divinity School. Among Transcendentalists' core beliefs was an ideal spiritual state that 'transcends' the physical and empirical and is only realized through the individual's personal spiritual experience, rather than through the doctrines of established religions. 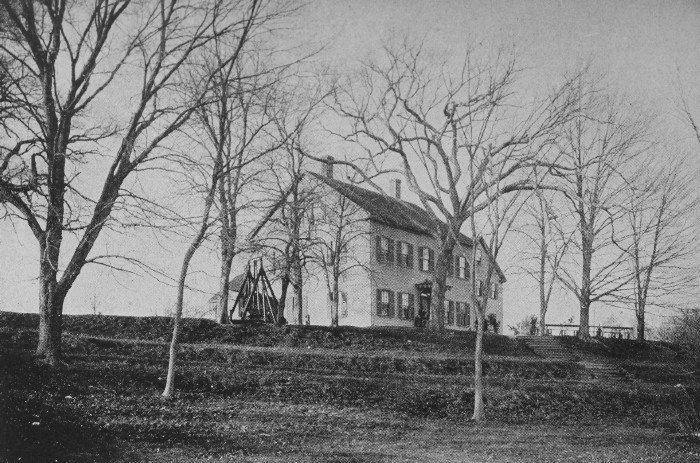 Transcendentalism eventually encompassed not just spiritual beliefs, but new ideas in literature, culture, and philosophy. [ It is sometimes called American Transcendentalism to distinguish it from other uses of the word transcendental].

On May 6, 1862, Emerson's friend Henry David Thoreau died of tuberculosis at the age of 44, and Emerson delivered his eulogy. Another friend, Nathaniel Hawthorne, died two years after Thoreau in 1864. Emerson served as one of the pallbearers as Hawthorne was buried in Concord, as Emerson wrote, "in a pomp of sunshine and verdure".

The loss of his friends had an effect on Emerson.  Starting in 1867, his health began declining; he wrote much less in his journals.  Beginning as early as the summer of 1871 or in the spring of 1872, Emerson started having memory problems and suffered from aphasia.  By the end of the decade, he forgot his own name at times and, when anyone asked how he felt, he responded, "Quite well; I have lost my mental faculties, but am perfectly well".

Emerson's Concord home caught fire on July 24, 1872; Emerson called for help from neighbours and, giving up on putting out the flames, all attempted to save as many objects as possible.  Donations were collected by friends to help the Emersons rebuild.  Support for shelter was offered as well; though the Emersons ended up staying with family.  The shock caused a further decline in his health and the fire marked an end to Emerson's serious lecturing career. 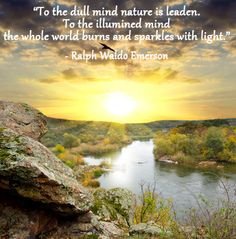 The problems with his memory became more and more embarrassing to Emerson and he ceased his public appearances by 1879. As Holmes wrote,

"Emerson is afraid to trust himself in society much, on account of the failure of his memory and the great difficulty he finds in getting the words he wants. It is painful to witness his embarrassment at times".

If you glance at the photo above you will notice that Emerson's hair is parted from his right to his left - indicating he was a left hander.  And on a more prosaic note, one eye is also higher than the other, which may indicate a difficult birth.