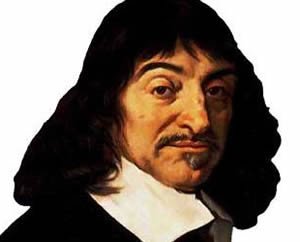 René Descartes (1596 – 1650) was a French philosopher, mathematician, and writer who spent most of his adult life in the Dutch Republic.

He has been dubbed the 'Father of Modern Philosophy', and much subsequent Western philosophy is a response to his writings, which are studied closely to this day. In particular, his Meditations on First Philosophy continues to be a standard text at most university philosophy departments.

Descartes' influence in mathematics is equally apparent.   He is credited as the discoverer of much analytical geometry, the bridge between algebra and geometry, crucial to the discovery of infinitesimal calculus and analysis. 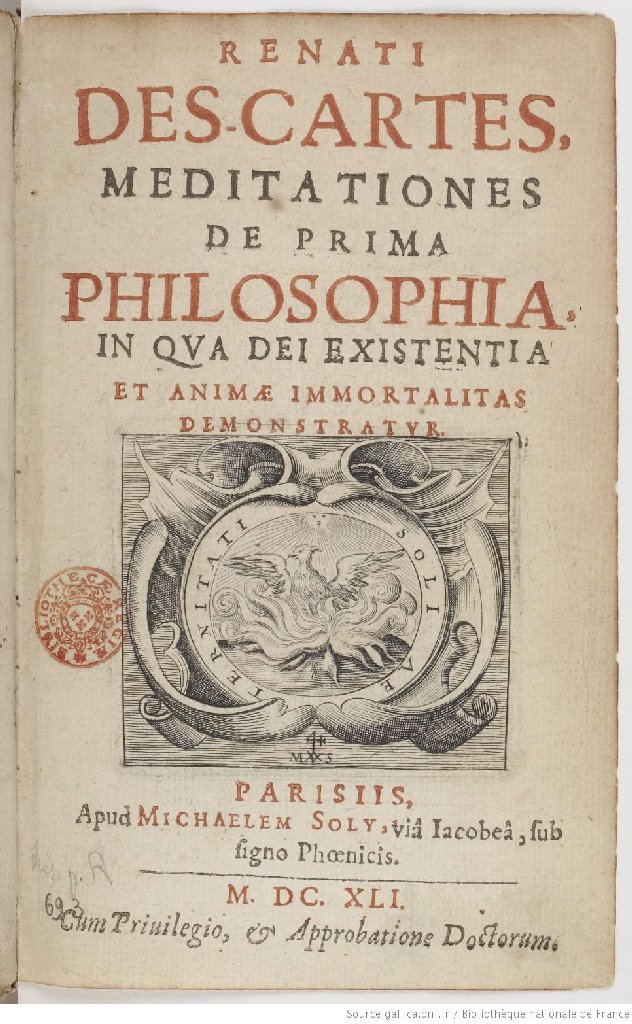 What is perhaps not so generally appreciated is how key his contribution was in moving us all into using observation and intellect, reason and deduction as the key to individual learning.

Instead of accepting blindly that irrational things were 'God given', or 'intuitively obvious', that dogma was true because it was written in a book 2,000 years old, Decartes gave us the tools to find out what was true or not true for ourselves.  He said 'use careful observation, use your own reasoning power and work it out for yourselves'.

Although this may not be at all obvious, this is key to true spiritual experience and spiritual life – use the methods, use the experiences of people who have genuinely had experiences, but ignore the dogma and  theological [or scientific] nonsense that was built around a few revelations [a very few revelations].  Each spiritual path is an individual one and the journey and the things you find out should be your own.  So Descartes and spirituality go hand in hand! 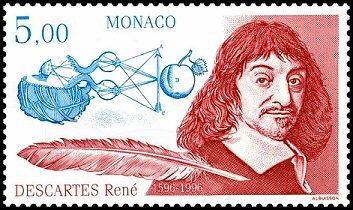 Descartes also followed his own methods, which are essentially the basis of scientific method today, and was one of the key figures in the Scientific Revolution.

Descartes frequently sets his views apart from those of his predecessors. In the opening section of the Passions of the Soul, a treatise on the Early Modern version of what are now commonly called emotions, Descartes goes so far as to assert that he will write on this topic "as if no one had written on these matters before".

And he was not that interested in ploughing through endless academic books:

I entirely abandoned the study of letters. Resolving to seek no knowledge other than that of which could be found in myself or else in the great book of the world, I spent the rest of my youth traveling, visiting courts and armies, mixing with people of diverse temperaments and ranks, gathering various experiences, testing myself in the situations which fortune offered me, and at all times reflecting upon whatever came my way so as to derive some profit from it." (Descartes, Discourse on the Method).

So observation, very careful detached and extensive observation over long periods of time, coupled with the use of synthesis of the result, then verification.  This is or should be the classic scientific method.  And he relied extensively on inspiration – spiritual experience, obtained principally via quiet contemplation and detachment, coupled with relaxation. 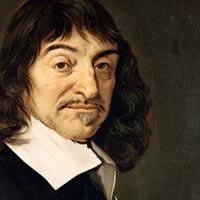 On the night of 10–11 November 1619, while stationed in Neuburg an der Donau, Germany, Descartes experienced a series of three powerful  visions that he later claimed profoundly influenced his life. He concluded from these visions that the pursuit of science would prove to be, for him, the pursuit of true wisdom and a central part of his life's work.

What we may also not appreciate now is how brave he was in proposing such views – how much courage he showed.  He wrote all his major work during his 20-plus years in the Netherlands, which meant he was at least in relatively safe surroundings.  But in 1633, Galileo was condemned by the Roman Catholic Church, and Descartes abandoned plans to publish Treatise on the World, his work of the previous four years.

Then he had second thoughts and in 1637 he published part of this work in three essays: Les Météores (The Meteors), La Dioptrique (Dioptrics) and La Géométrie (Geometry), preceded by an introduction, his famous Discours de la Métode (Discourse on the Method). In it Descartes lays out four rules of thought, meant to ensure that our knowledge rests upon a firm foundation. 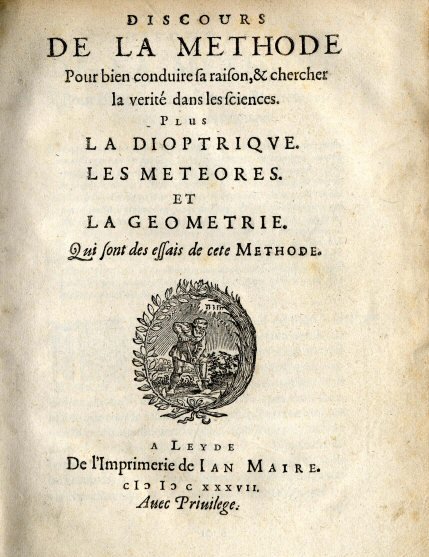 Descartes continued to publish works concerning both mathematics and philosophy for the rest of his life.

In 1641 he published a metaphysics work, Meditationes de Prima Philosophia (Meditations on First Philosophy), written in Latin and thus addressed to the learned. It was followed, in 1644, by Principia Philosophiæ (Principles of Philosophy), a kind of synthesis of the Meditations and the Discourse.

In 1643, Descartes began his long correspondence with Princess Elisabeth of Bohemia. Connected with this correspondence, in 1649 he published Les Passions de l'âme (Passions of the Soul), that he dedicated to the Princess. In 1647, he was awarded a pension by the King of France.

René Descartes died on 11 February 1650 in Stockholm, Sweden, where he had been invited as a tutor for Queen Christina of Sweden. The cause of death was said to be pneumonia;

In 1663, the Pope placed his works on the Index of Prohibited Books.

It has been argued that Descartes himself didn't realize the extent of his revolutionary gesture. He raised man to the level of an emancipated being equipped with autonomous reason. This is a revolutionary step which posed the basis of modernity (whose repercussion are still ongoing): the emancipation of man from Christian revelational truth and Church doctrine, a man that makes his own law and takes his own stand. In modernity, the guarantor of truth is not the Institutionalised church purporting to speak for 'God' but Man, a "self-conscious shaper and guarantor" of his reality. Man in this way is turned into a reasoning adult as opposed to a child obedient to the Church. This change in perspective was characteristic of the shift from the Christian medieval period to the modern period.. It was the basis for the Enlightenment'. 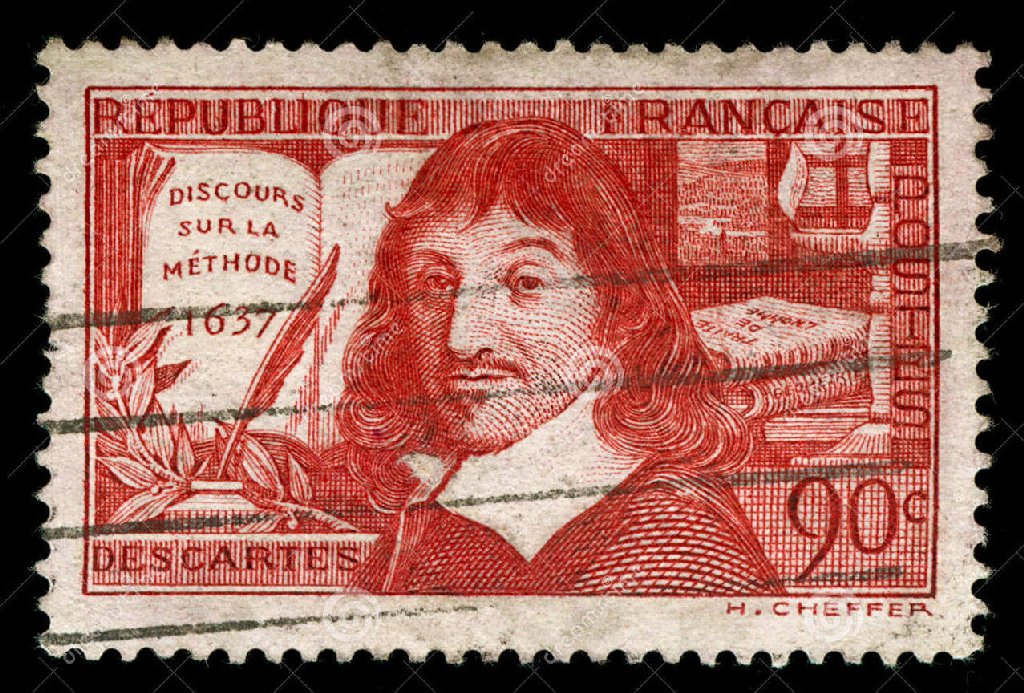