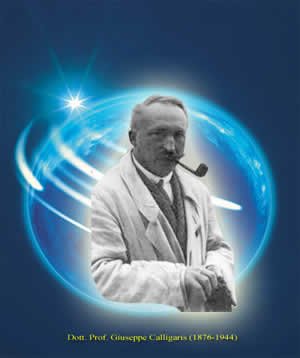 Professor Giuseppe Calligaris was born in 1876, in Forni di Sotto (UD) and graduated in 1901 in Bologna with a thesis entitled "The thought that heals."

In 1902 he moved to Rome, where he became a student of Prof. Mingazzini, director of the Institute of Neuropathology, in the Faculty of Medicine of that University.  Prof.  Mingazzini  became his mentor for the next 25 years. Calligari became a full professor of neurology, and lectured over a thirty year period, from 1909 through 1939.

By 1908 his research had homed in to what we might think of as the meridian lines – lines of energy in the body – lines he called  "The linear chains of the body and spirit." He discovered experimentally, a network of lines — a grid of longitudinal meridians and parallels of latitude on the skin — that have less electrical resistance, are hyperaesthesic, and form geometrical patterns. For example, he discovered squares, which he called ‘windows to the cosmos.’ 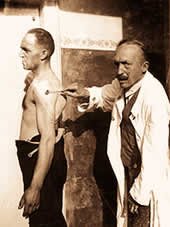 In 1909, Calligaris was asked to be the secretary of the first Italian Congress of Neuropathology. That same year he edited a scientific book of neuropathology, and he moved to Udine, where he set up a hospital for nervous diseases together with his father.

In World War I, Calligaris had to enter the army, where he served as surgeon, and became highly honoured for his outstanding knowledge and medical skills. Although he served, he was very critical of politicians and professional military people. He wrote several articles critical of the war and the individuals who made a profession out of it. During the war, his hospital was ruined, including his research diaries. Nevertheless, he began again, and wrote dozens of medical books and articles. 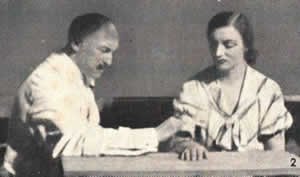 For over thirty years, Calligaris examined thousands of individuals, and discovered that the system of coordinates and points on the skin of the human body evoked reproducible effects. He proved that everybody could be stimulated to enhance clairvoyance, clairaudience, and precognition and ‘retrocognition’, the same way that we learn writing or mathematical calculations. 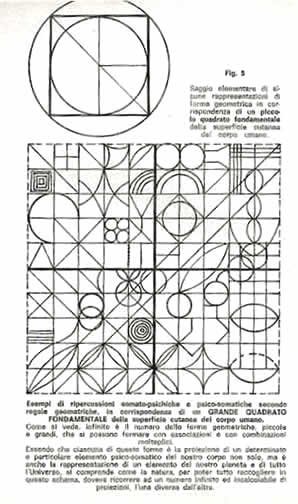 As far as I can ascertain – and I have had real difficulty in finding out the details of his techniques as much of the information is in Italian and I don’t speak Italian – the results of his findings were documented over a period of 12 years in about 19 volumes.  The majority of Calligaris’s work, comprised of approximately 20,000 pages dealing with his research into what he called  ‘the body-mind skin-reflex chains’, is no longer available. After his death in 1944, the documents were taken by a secret division of the American government and the Soviet embassy in Bern.  Today his work forms a basis for research at twenty-three Soviet academies.

Calligari’s work appears to have been used, paralleled or at least known about in his day, there are a considerable number of therapies based on the techniques – Reflexology, Zone therapy and so on, but there is not much credit given in these methods to the source of the work.

At one time the remainder of his work was being properly catalogued and documented by the Aquarius association  http://www.associazioneaquarius.it/   but by 2012, this organisation appeared to have stopped its work temporarily “The Association has temporarily suspended operations for lack of funding and cooperation from the members”. 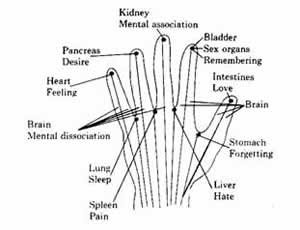 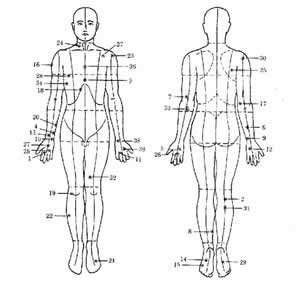 Poor Dr Calligaris eventually went slightly barmy, his work was rejected by most of the mainstream scientific community and the bad publicity that this produced had an effect on his business interests.  In 1928, he was repudiated in the Academy of Science of Udine, where he was labelled a crank. He lost his professional seat in the University, the title of medical doctor, his professional card, and the license for his hospital. He eventually developed a heart condition and diabetes.

Despite all the resistance, he never lost courage in his struggle for life and the science he believed in, ‘not even for five minutes,’ as he himself wrote before his death. Lonely, poor, and badly affected by the second World War, he died on March 31, 1944, in Villa Magredis at Povoletto.

Jules Muheim, - professor doctor of quantum physics in the Swiss Technical University of Zurich
In the future, one has to add him [Calligaris] to the greatest scientists of this century. Calligaris found that, with continuous, tender pressure on several spots of the human body . . . that not only the familiar physical feelings such as warmth/cold, tickling, itching, salivation, aches, and other sensations were generated, but emotional feelings including distortion of time and local-moving (space) within cosmic dimensions became possible.

For the full details of his method see Calligaris method

There is not much in English on the Calligari method.  If you are lucky enough to speak Italian [or be Italian!] the following may be helpful