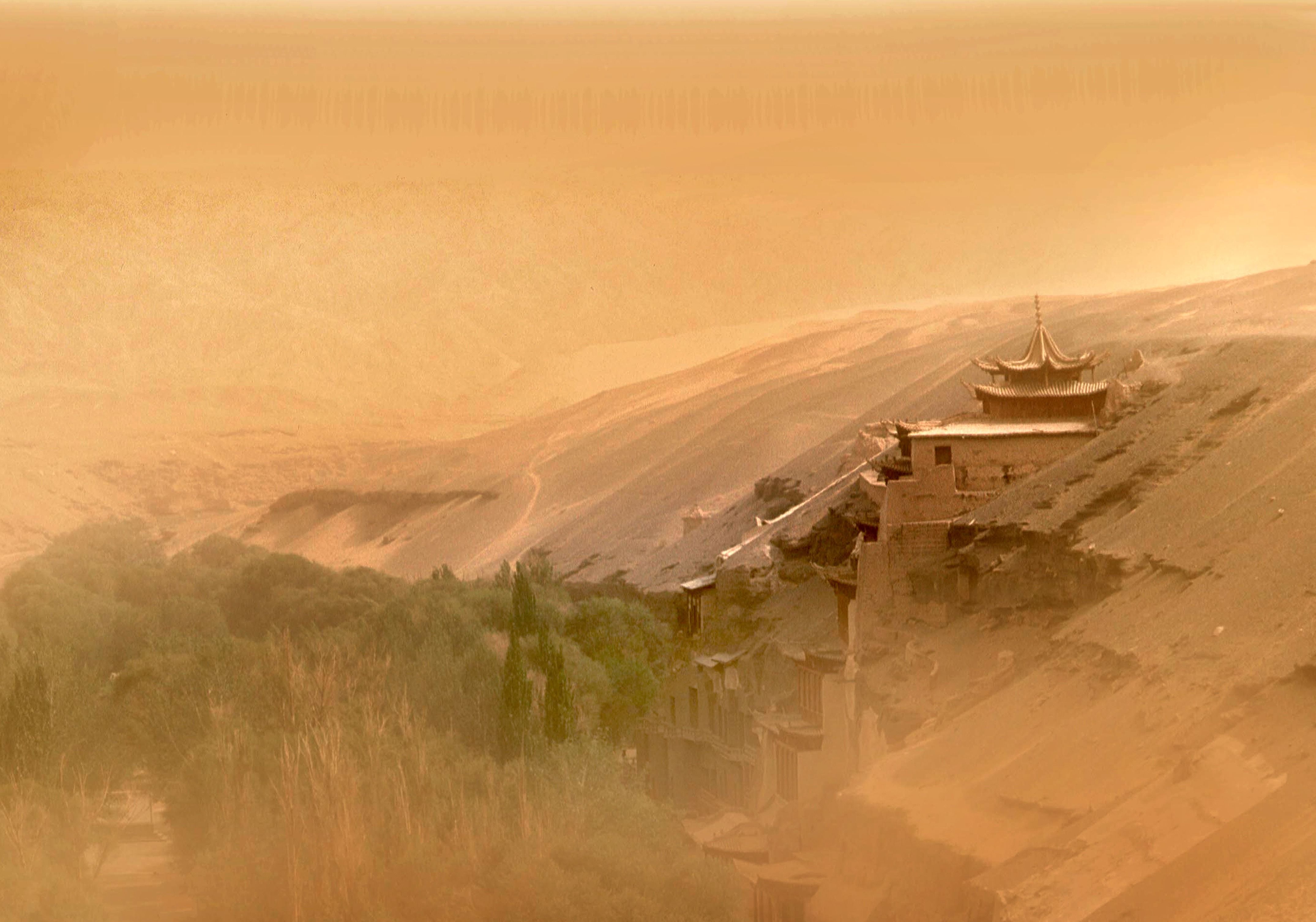 The Ceasing of Notions, also given the name the Treatise on the Transcendence of Cognition (Chüeh-kuan lun 絶觀論), is the title given to the translation of one of the Chinese texts from Dunhuang, an oasis on the ancient Silk road in the Gansu province of western China.

The text discusses the path to enlightenment and as such has long held an important place in Chinese and Japanese Zen thought and practise.

John R McRae [see below references] places the text within the Ox-head school of early Chinese Chan [Zen] but beyond this, authorship is unknown.

The Great Way is without limit, fathomless and subtle, beyond comprehension, beyond words 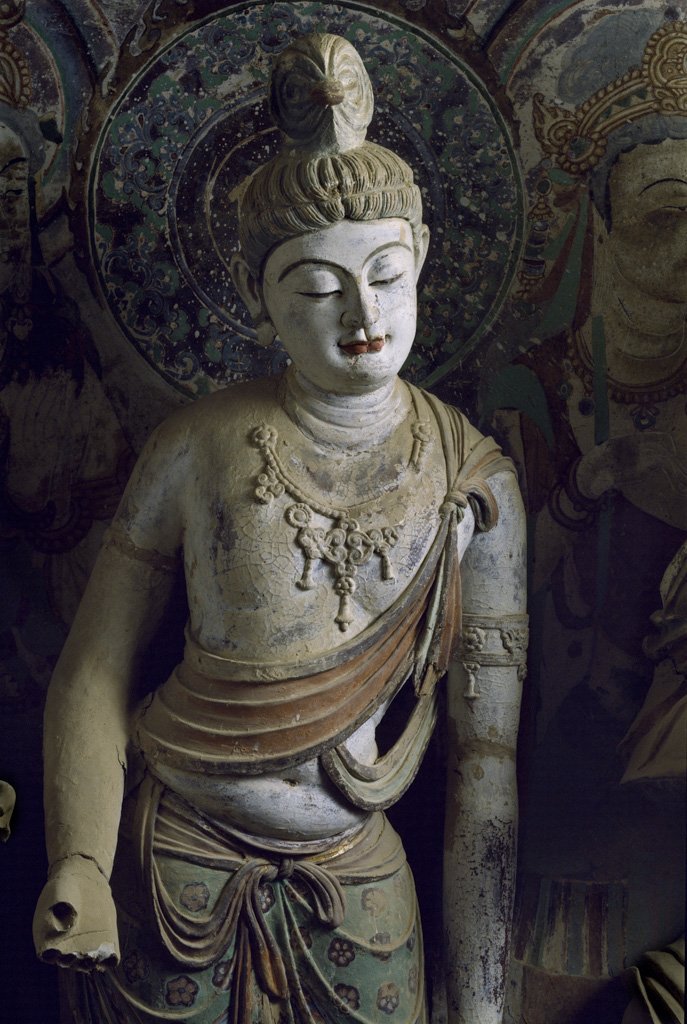 The Oxhead school (Niu-t'ou zong) was a short lived tradition of Chinese Chan Buddhism founded by Fa-jung (Niutou Farong, 牛頭法融, 594-657). Their main temple was located at Oxhead Mountain (Niu-t'ou shan) in Chiang-su, near modern Nanjing, hence the name. The school thrived throughout the Tang and the early years of the Song dynasty (10th century).

According to John R. McRae, the original text of another influential Zen work called the Platform Sutra may have originated within the Oxhead school not just The Ceasing of Notions.

The text is structured as a fictional but possibly model dialogue between a master and his pupil, as McRae noted “it may in fact have resembled to some degree actual exchanges that took place between living meditation masters and practitioners.”   McRae translated the title as Treatise on the Transcendence of Cognition and the two individuals, he called master (Ju-li hsien-sheng; Ruli) and disciple (Yüan-men; Yuanmen), or  Professor ‘Enlightenment’ and his student  ‘Conditionality’.

Regarding their teachings, according to McRae, they were

"fundamentally in agreement with those of the Northern School on the subjects of mental contemplation and the necessity of constant practice, and both schools were known for their use of contemplative analysis. The major difference between the two schools lay in the Ox-head’s use of a certain logical pattern that included, at one stage, the extensive use of negation. (This distinctive proclivity to negation appears prominently in the mind- verses of the Platform Sutra.)" 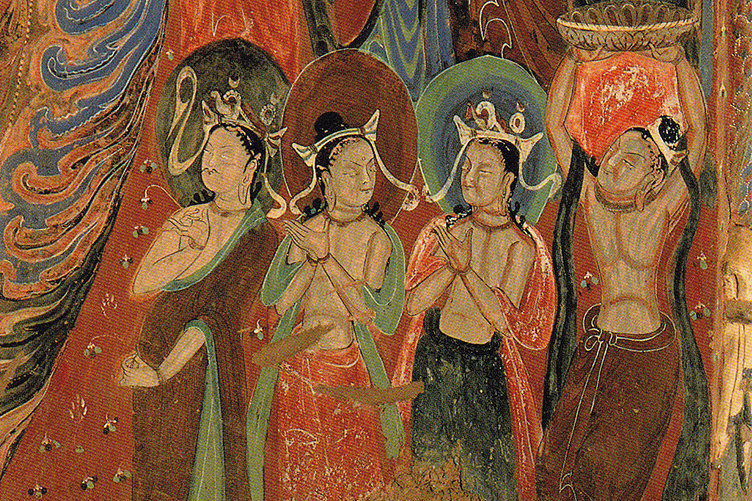 And this should be born in mind when you read the observations.

One of the very key activities in order to achieve enlightenment in all mystic movements is to “Question and doubt all existing beliefs”.  As an approach it is used during training but also during purification in order to cleanse the mind of existing assumptions on the nature of the world and reality.

The master in the text tries to lead the student from his idea that his beliefs are reality.  Tackling it from different viewpoints, the master attempts to show his pupil that the entire world we build up from the input of our 5 senses and our learning process is simply a belief system, a delusion, a world of make believe that we have constructed in order to survive.  It is incomplete, based on a tiny subset of all that could be observed, even if what we observed was ‘reality’, which it isn’t because we have no way of ever knowing what reality is.  Our 5 senses, and our system of perception along with the process of learning and its funnelling effect ensure we have no idea what reality is. 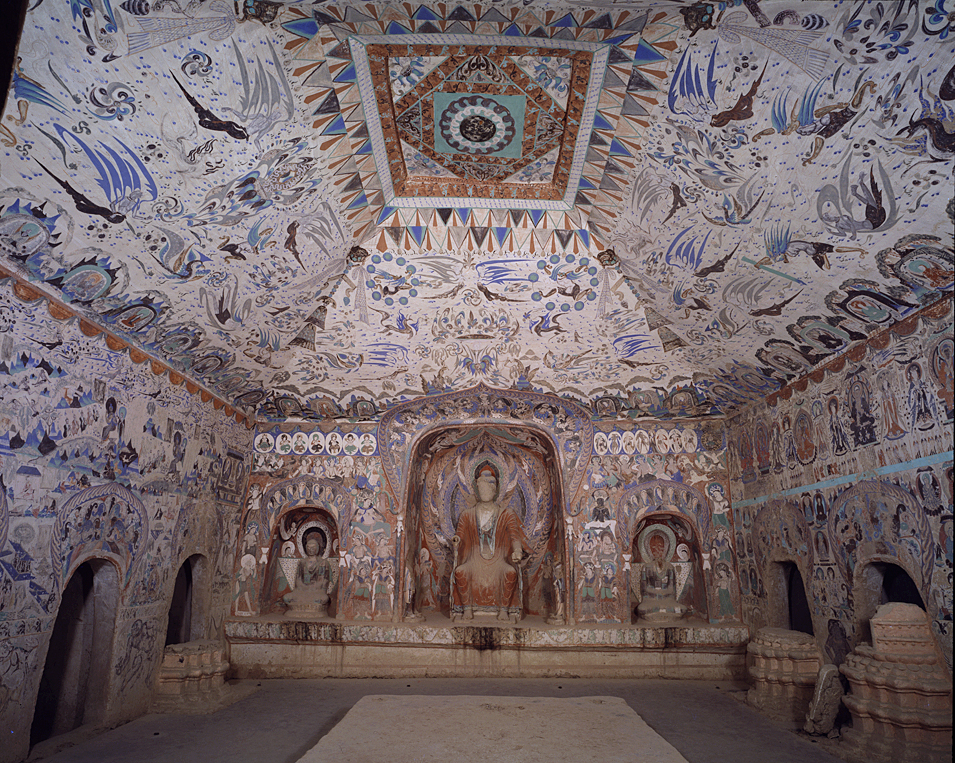 It is like clinging to the images on a computer screen assuming they are ‘real’, when behind all that exists is software.

This concept of the ‘mind in the cave’, has been explained in different ways by many eminent philosophers – Plato being just one.  And this ancient text provides another way of helping people to see their mistake.  It is a hugely difficult concept to explain to anyone, as people want to cling on to the notion that what they see is what they get.

Even Neo in the film the Matrix, still clings on to the idea that the world is ‘real’, until the very end and indeed throughout the dialogue in this text, the student fails to understand the master’s teaching until the very end when, “finally breaking through to the pure, non-discriminating illumination of śūnyatā”. (McRae: 217)

Even towards the end the student insists on clinging on to the belief that he and his mind and body are ‘real’. 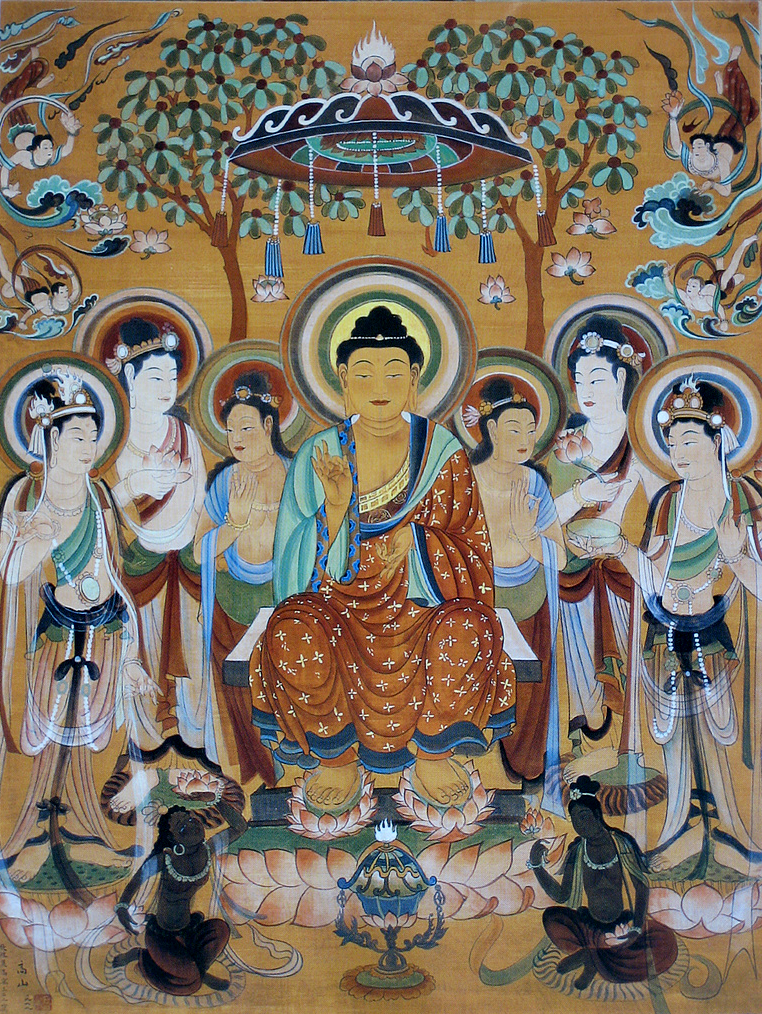 Question: "If one becomes [a Tathaagata] without transformation and in one's own body, how could it be called difficult?" 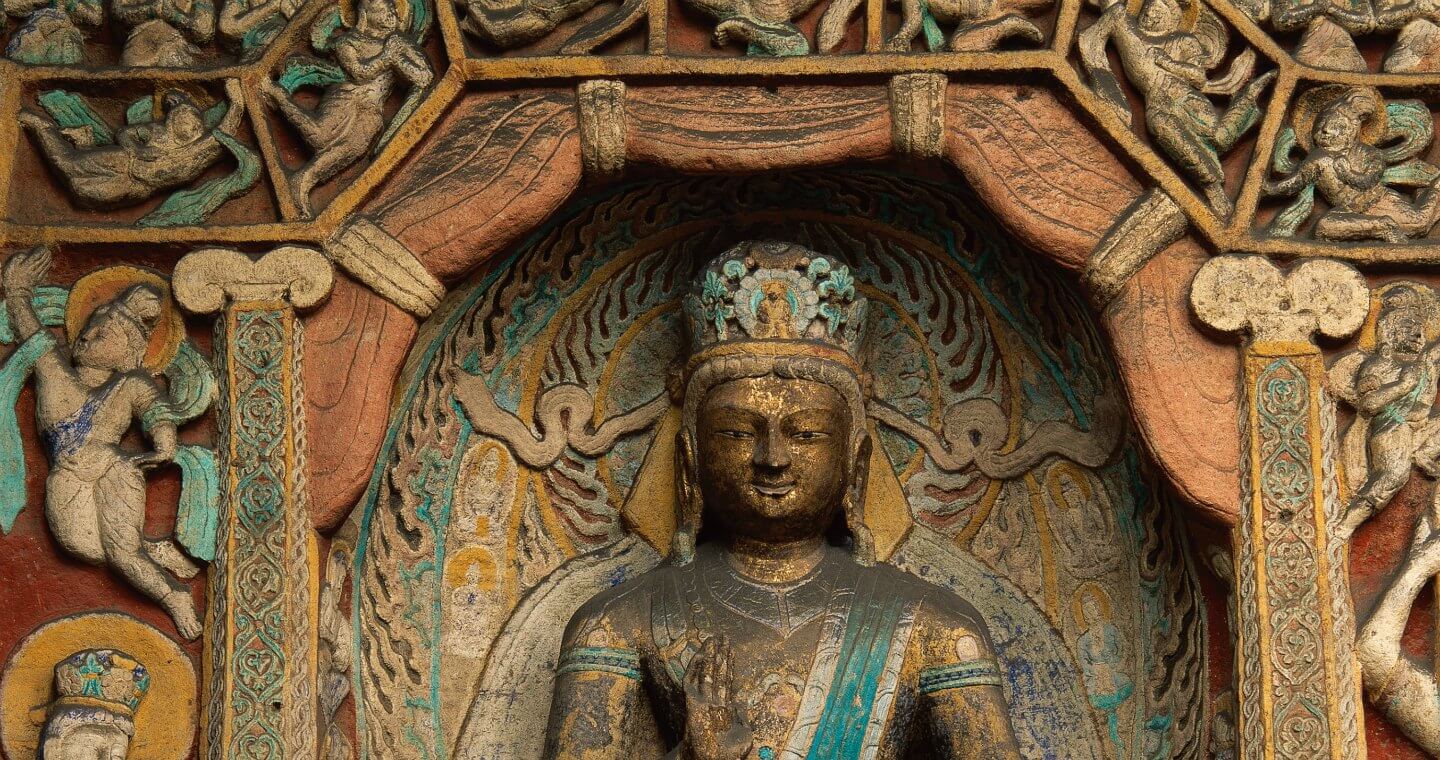 Background to the text

From the fourth to the fourteenth century, the 700 Dunhuang Caves (also known as the Mogao Caves, a UNESCO World Heritage Site), were used as a meditation site for Buddhist hermits and a storage area for religious texts, scriptures, sacred paintings, and statues – leading to yet another name for the site – the Caves of the Thousand Buddhas.  The area developed into a complex of around 492 shrines and temples. 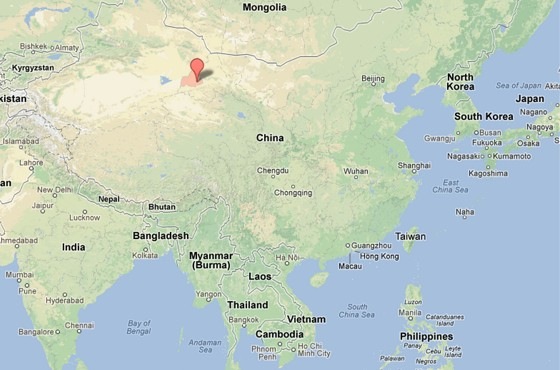 At their height, the caves became a destination for Buddhist pilgrims from throughout the ancient world. Elaborately painted with murals covering some 450,000 square feet, the cave complex was expanded through funding by wealthy patrons, both Chinese and foreign, pilgrims, military officials, and nobility.  Although the cave complex flourished for centuries, by the Yuan Dynasty (1271–1368), construction of new caves ceased as the Silk Road began to lose its importance as a trade route.  Some of the caves that had been used as storage areas for manuscripts and paintings were walled off, perhaps to protect their contents, but in some cases simply to store used or damaged manuscripts. Dunhuang became de-populated and the caves were forgotten by the outside world.

But as a consequence, the caves became a repository for thousands of sacred texts that might have otherwise been lost, and now serve as an example of the finest examples of early Buddhist art spanning thousands of years. 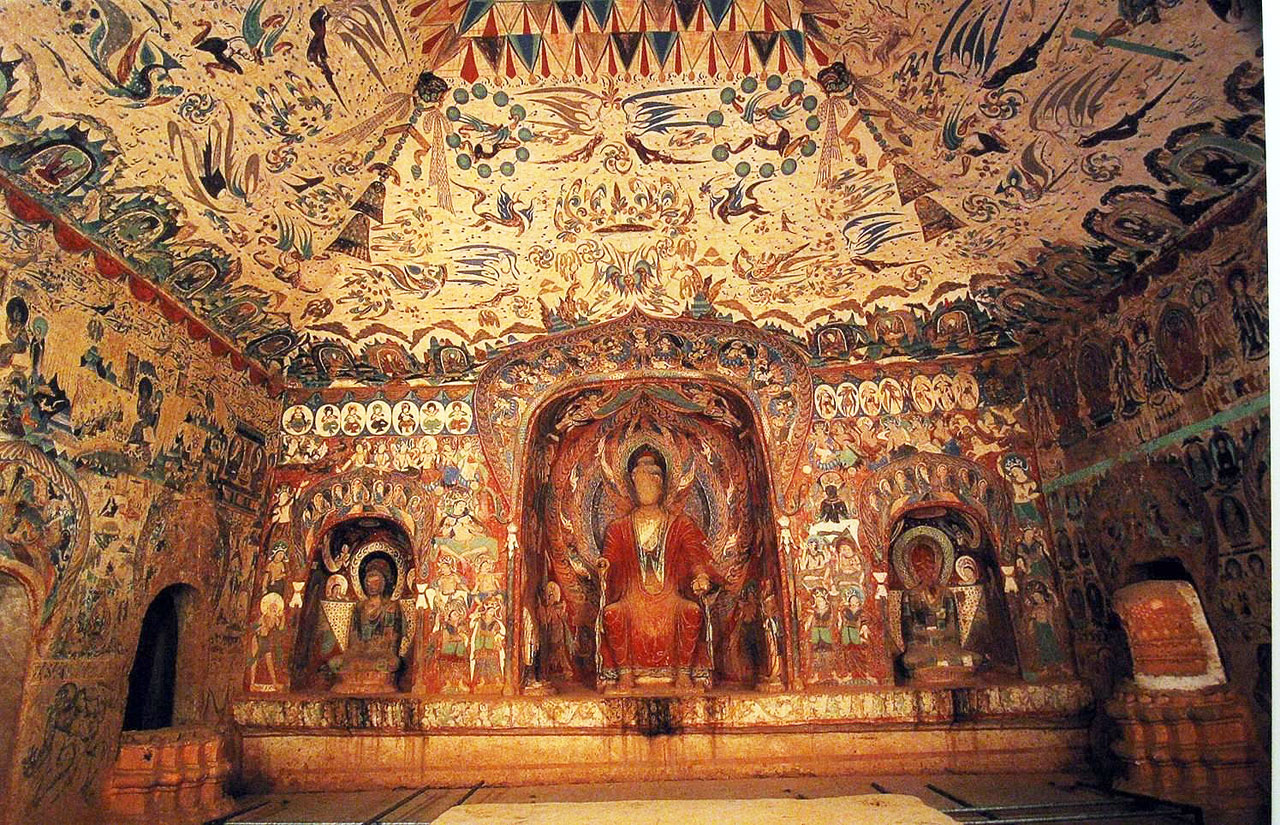 The caves were forgotten until the early twentieth century, when in the early 1900s, a Chinese Taoist, Wang Yuanlu, who was acting as the guardian of some of the cave temples, discovered a small walled-off cave of some 500 cubic feet (14 cubic meters) beside a corridor leading to a main cave.  What Wang Yuanlu discovered was crammed full of manuscripts and paintings. The manuscripts in this cave (which became known as the Library Cave) date from 406 to 1002 CE and are written not only in Chinese, but also Tibetan, Uighur, Sanskrit, and Sogdian, on hemp, silk and paper , reflecting the cosmopolitan nature of Dunhuang as an important trade centre.

Many of the valuable manuscripts were sold to European archaeologist explorers, especially Sir Aurel Stein and Paul Pelliot in 1907 and 1908 respectively. Through them other scholars also became aware of the texts – for example, D T Suzuki and Kuno Horyu.  Some 40,000 manuscripts, paintings and printed documents on paper and silk were eventually unearthed in the Library Cave and many were scattered throughout institutions world-wide. In 1994, The International Dunhuang Project was established to reunite the works through high-quality digital photography and to make the works available to the world via the internet.

The Ceasing of Notions is thus one of the texts uncovered in the Library Cave. 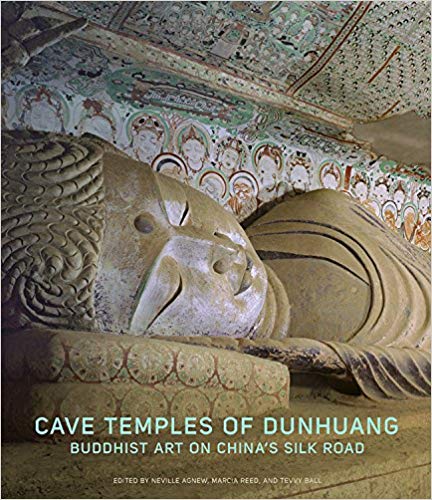 In all, there are six extant Dunhuang manuscripts of this text, all of which were published by Suzuki in 1945 and then by the eminent Japanese scholar Yanagida Seizan in 1970.  The Chüeh-kuan lun (Jue-guan lun) was largely rediscovered through the publication in 1935 of D. T. Suzuki’s Shōshitsu issho (Lost Works from Bodhidharma’s Cave).

John R. McRae was a renowned expert on Chinese Chan who also possessed an extensive knowledge of the field of Buddhism in general. After getting a PhD at Yale University, he taught at Cornell and Indiana Universities before moving to Japan and teaching part-time at Komazawa University. As a specialist in East Asian Buddhism, he was especially interested in ideologies of spiritual cultivation and how they interact with their intellectual and cultural environments. His seminal work on Chinese Chan was The Northern School and the Formation of Early Chan Buddhism (University of Hawai`i Press, 1986). This was later followed by Seeing through Zen: Encounter, Transformation, and Genealogy in Chinese Chan Buddhism (University of California Press, 2003). He died in October 2011.  For serious students his comments and translations are recommended.

The Ceasing of Notions - Ven. Myokyo-ni and Michelle Bromley 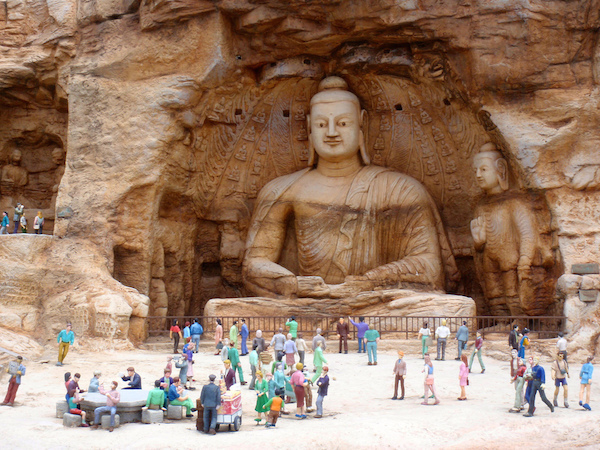 We have compared and used a number of translations, many in pdf form and available free on the Internet, however, we will mention one particular translation by  the Ven. Myokyo-ni (Irmgard Schloegl 1921 – 2007) and Michelle Bromley which uses the Japanese names Emmon and Master Nyuri. This text uses earlier versions in German, English and Japanese , but notably, not Chinese, giving us an ideal opportunity to compare texts.  The original Chinese text is the better source, but the translation used in this version has the benefit of being divided by earlier Japanese editors, thus making it more suited to observations – the original Chinese text is undivided.

The full translation in book form, also includes a Japanese commentary by Soko Morinaga Roshi [1925-1995], but we have not included this, as although the commentary has been translated into English by Myokyo-ni and Bromley and indeed many may find it helpful, we are more concerned about the original dialogue and feel that the dialogue alone for advanced practitioners provides its own extremely important food for thought.

The full dialogue plus commentary, along with useful background information on the texts, including an introduction by Martin Collcutt, as well as biographies of the authors and translators can be found in the book by Wisdom publications.

Conditionality arose suddenly and asked Professor Enlightenment: "What is the mind? What is it to pacify the mind (anxin)?"
[The master] answered: "You should not posit a mind, nor should you attempt to pacify it"

Question: "If there is no mind, how can one cultivate enlightenment (tao)?"
Answer: "Enlightenment is not a thought of the mind, so how could it occur in the mind?"

Question: "What 'things' are there in no-mind?"
Answer: "No-mind is without 'things.' The absence of things is the Naturally True. The Naturally True is the Great Enlightenment (ta-tao)."... 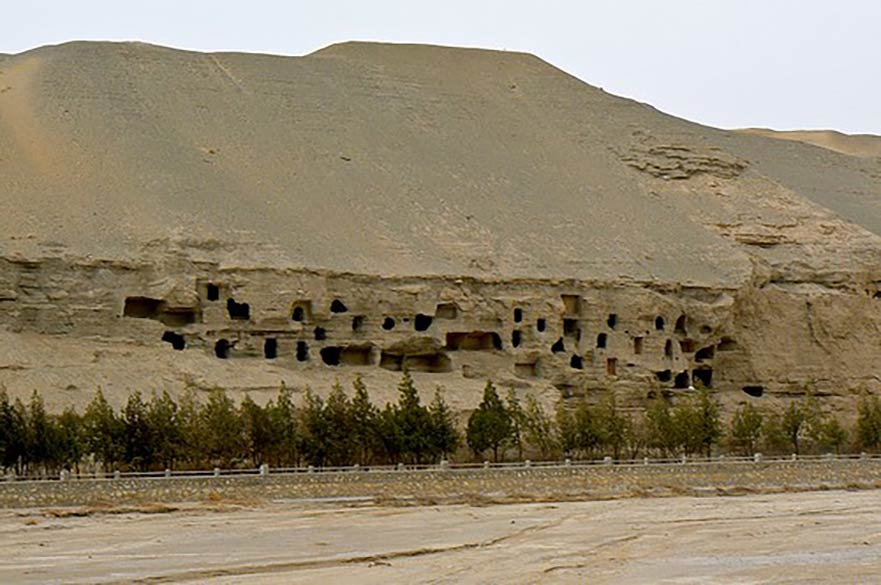