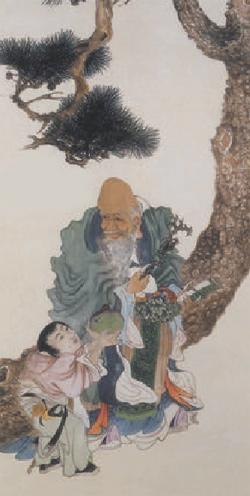 The Neiye 內業 or Inward Training is the oldest Chinese received text describing Daoist/Taoist principles.  The title is a combination of two common Chinese words: nèi 内 meaning "inside; inner; internal" and yè 業 "work; deed; achievement; production".  Professor A. C. Graham's and Professor Harold D. Roth's Inward Training is probably the most common English title.  The date when the Neiye was compiled is uncertain, however,

Overall therefore, this text could be based on extremely ancient wisdom, even though for convenience it is generally dated to around 350-300 BCE.

Neiye traditions influenced Chinese thought and culture. For instance, it had the first references to cultivating the life forces jing "essence", qi "vital energy", and shen "spirit", which later became a fundamental concept in Daoist Neidan "internal alchemy", as well as the Three Treasures in traditional Chinese medicine.

Professor Roth calls the mystical method "inner cultivation", the goal of which is to directly apprehend this "all-pervading cosmic force" (1999: 11).   In other words it is a guide for those on the spiritual path and those seeking direct spiritual experience.

The principle concepts used in the Neiye are

The methods described are generally those found in the overall approach we have on the site called contemplation and detachment, which encompasses a number of other activities designed to ‘still the chattering mind’ and ‘reduce the ego’ – the ego is the biggest block to spiritual experience

When your body is not aligned [形不正],
The inner power will not come.
When you are not tranquil within [中不靜],
Your mind will not be well ordered.
Align your body, assist the inner power [正形攝德],
Then it will gradually come on its own. (Verse 11, tr. Roth 1999: 66)

The Neiye 內業 consists of a collection of poetic verses that describe the methods [activities], concepts and symbols for those on the spiritual path and ways of experiencing the concepts above.

The text contains a total of 1,622 characters, and the verses are written almost exclusively in rhymed prose. Most of the lines of verse are tetrasyllabic, that is, they contain four syllables each of which is represented by one character, but other patterns of five or more syllables sometimes occur. The rhymes occur most often at the end of every second line (Roth 1999: 12).

Although extant editions of the Neiye text have only two or three general divisions, it is possible to identify distinct units based on semantic, syntactic, and phonological criteria. Some different proposed textual separations are:

Both the Neiye's rhymed literary form and philosophical content are similar to the more renowned Daode jing, which is about three times longer (Kirkland 2008: 771).

The Neiye and the Guanzi 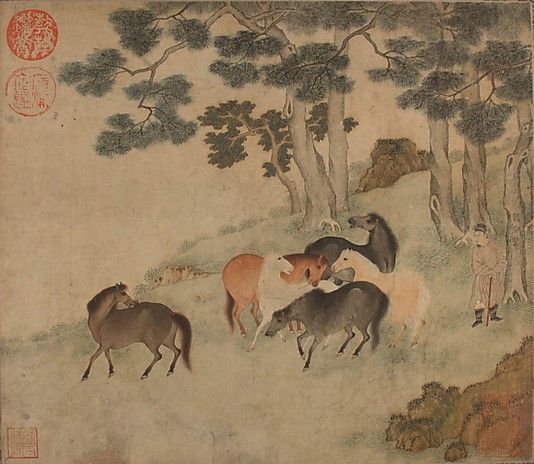 The Neiye is also contained within the Guanzi - an heterogenous collection of writings by diverse Legalist, Confucianist, and Daoist authors; whose compilation probably began around 300 BCE:

When Professor Roth analysed the linguistic features of the Neiye, Xinshu I and II, and Baixin; he concluded that the Neiye is the original text while the others are derived from it (1999: 23-25).

If you can be aligned and be tranquil [能正能靜],
Only then can you be stable.
With a stable mind at your core [定心在中],
With the eyes and ears acute and clear,
And with the four limbs firm and fixed [四枝堅固],
You can thereby make a lodging place for the vital essence [可以為精舍].
The vital essence: it is the essence of the vital energy.
When the vital energy is guided, it [the vital essence] is generated,
But when it is generated, there is thought,
When there is thought, there is knowledge,
But when there is knowledge, then you must stop.
Whenever the forms of the mind have excessive knowledge,
You lose your vitality. (tr. Roth 1999: 60)

The first three works have close conceptual and textual parallels, but the Baixin—which is a mostly prose essay on how a sage ruler can apply the meditation techniques to governing—is considered the latest work in the group.

It is worth noting that the methods described in the Neiye appear to have been well known, indicating that the oral tradition was going strong long before any recording was made.  A 45-character inscription on a Warring States era jade artefact may possibly be an earlier record of breath meditation than even the Neiye (Harper 1999: 881). This rhymed passage entitled Xíngqì 行氣 "circulating the vital breath" was inscribed on a dodecagonal block of jade, with nine trisyllabic phrases describing the stages of breath cultivation. While the dating is uncertain, estimates range from earlier than 400 BCE (Joseph Needham).

After the Guanzi political and philosophical compendium included the Neiye around the 2nd century BCE, it was seldom mentioned by Chinese scholars until the 20th century, when it was re-evaluated as a "proto-Daoist" text that clearly influenced the Daode jing, Zhuangzi, and other classics.