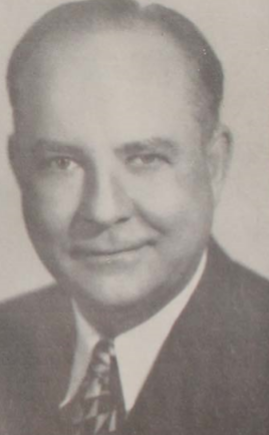 Arthur Ford (January 8, 1896 – January 4, 1971) was an American psychic, medium, author and clairaudient.  Around 1921 Ford emerged as a trance medium, and "Fletcher,'' his control for the rest of his life, made his first appearance in trance sessions.

Ford travelled widely to demonstrate his mediumship and in Britain visited the Churches' Fellowship for Psychical and Spiritual Studies. In 1955 Ford was active in the formation of a similar organization in the United States, the Spiritual Frontiers Fellowship.  Sir Arthur Conan Doyle, who attended one of Ford's lectures in Britain, said "One of the most amazing things I have ever seen in 41 years of psychic experience was the demonstration of Arthur Ford.'' 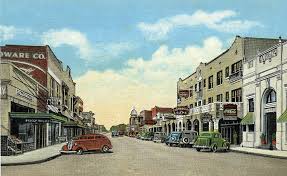 From the Introduction to Nothing so strange

The story of Arthur Ford related here reveals the amazing spiritual and psychic gifts of a man whose outward life was not otherwise particularly remarkable. It is a genuine collaboration, as a medium cannot actually write his own full story for he does not know what goes on in his own trance, nor can he enter into spontaneous discussion with his unseen colleagues. Margueritte Harmon Bro, Mr. Ford's collaborator, is not only a skilled questioner and a meticuluous recorder but she is able to present in simple unornamented prose those episodes of Arthur Ford's life which best portray the development of his powers and which highlight his contention that everyone is psychic, at least latently. 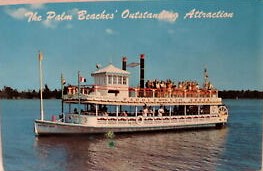 I was BORN in Titusville, Florida, population three hundred. AII the town knew that my mother, Henrietta Brown Ford, had come home to have a second baby, bringing her two-year-old daughter, Annie, with her. My parents lived down at Fort Pierce, but my father was captain of a steamboat -a sturdy side-wheeler - which ran some two hundred miles of the Indian River's course from Daytona to Palm Beach, and it seemed better for my mother to go to her old home where her mother could help in her care. Families, in terms of three generations, were closer knit in those days.

I was born in jail.  My grandfather Brown was deputy sheriff and in those days it was customary for the sheriff to live in the commodious county building which also housed the jail. It was a pleasant place with a huge lawn spread under live oak trees. But that January 8 was a cold gray day, I'm told, and my mother made a fine hot ragout for the family before she called the doctor.

Because she felt that so small an amount of the kindly ministrations of Archdeacon Cresson could do me no harm, while surely when I reached the age of spiritual accountability, which the Baptists arbitrarily set at twelve, I would forego confirmation for true salvation and immersion. Which I did. But in the interim delightful old Mr. Cresson, who roved up and down the Indian River in a sailboat keeping the scattered Episcopalians in line, was one of my heroes. I remember my father largely because of his love for books. He introduced me to Dickens, Scott, Thackeray and was no doubt responsible for my own addiction to books 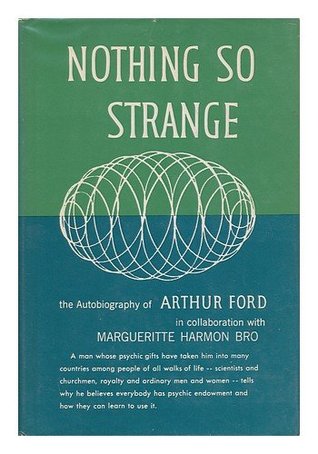 As a youth he followed a religious pilgrimage that took him to Transylvania College, a Disciples of Christ school in Lexington, Kentucky. Ordained as a Disciples minister, he served a church in Barbourville, Kentucky. Ford said he realized he had psychic abilities during World War I [see observation]

The month after the Armistice,  I was given the choice of going to Russia or returning to school. I went back to Transylvania University at Lexington, Kentucky. In my day the faculty included a handful of real scholars. I still remember the intellectual excitement they afforded a Florida Cracker.

Back in the familiar round of classes my psychic miseries died down, but my anxiety nagged on, and in that fall of 1919 I elected a course in psychology. It was taught by Professor Elmer Snoddy, a big man of fine intelligence and ample academic background with a liberal theological point of view at a time when liberalism was fighting for a toehold. Our textbook was written by William McDougall of Harvard, then probably America's outstanding psychologist. One day in the course of a lecture on abnormal psychology Professor Snoddy made reference to the mind's extraordinary ability to acquire knowledge, at times, in ways outside the usual sensory channels. 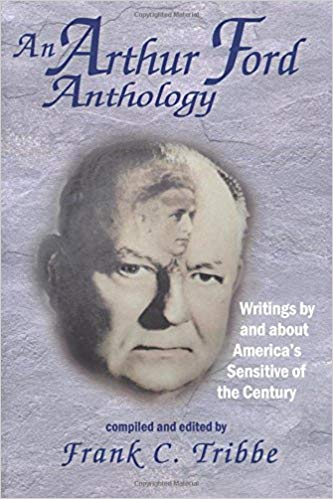 He documented a variety of psychic experience vouched for by as authentic an observer as William James. So I was not alone! But Snoddy presented his material objectively without comment as to what he thought about the subject. After class I pondered the matter. If I told him that I also found knowledge entering through the backdoor of my mind, so to speak, he might conclude that I was a queer one. At the same time, I wanted to talk with him too much to pass by this opening. I made an appointment and broached my problem.

Professor Snoddy was an eager listener and before I Ieft his office he told me about the British and American Societies for Psychical Research. Serious men were seriously interested in the kind of non-sensory perception that had troubled me! I left Snoddy with William James' Varieties of Religious Experience in my hand. Also with an urgent invitation to come to his house and talk further.

We had many wonderful evenings. I know now how fortunate I was to have fallen into the hands of a man of his stature. He thought clearly, he was well-schooled, and he had great integrity. He wanted to know all about my background, and not just an outline of facts but the experiences that coloured my thinking. This was certainly my first self-conscious attempt to see myself.

Ford was addicted to both alcohol and morphine, but despite, - maybe because of - this, he was still able to  impress numerous people with his abilities, including prominent researchers William McDougall and William G. Roll, Jr. of the Psychical Research Foundation. 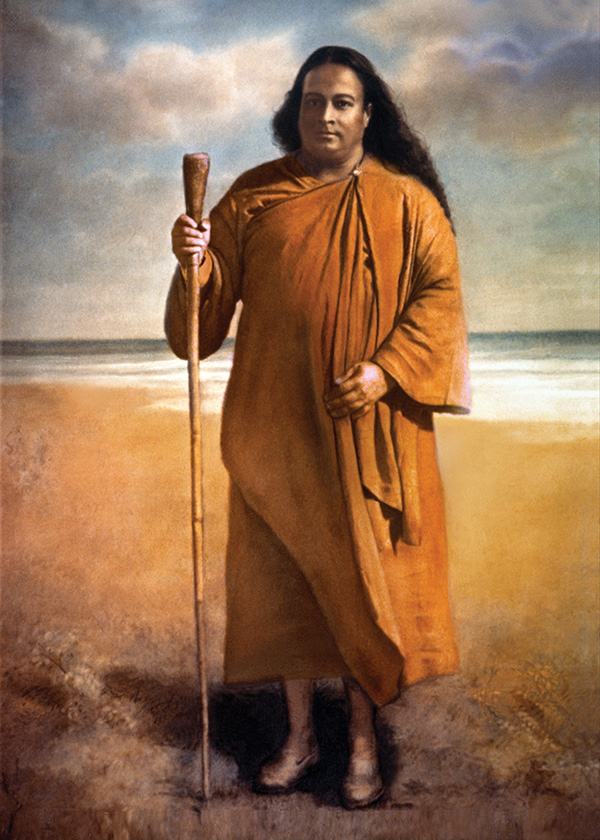 Francis Fast was an active member of the ASPR and through him I met several persons who were trying to develop their psychic faculties. This was a new idea to me, that there were exercises which could be done consistently for the specific purpose of increasing awareness. We formed a class in spiritual unfoldment, not too accurate a term, for it was our psychic abilities which were being unfolded rather than our spiritual powers. It was here with this group that I learned to relax the body, a much rarer art than the average person supposes. I also learned the beginning of a method of concentration. Work in this class prepared me for the next necessary step. I found a teacher

The East has it that when a student is ready the teacher appears, and this is undoubtedly a general fact of spiritual life. I needed help and it came in the form of an introduction to Paramhansa Yogananda, a distinguished Indian philosopher.

Using his skills with an audience 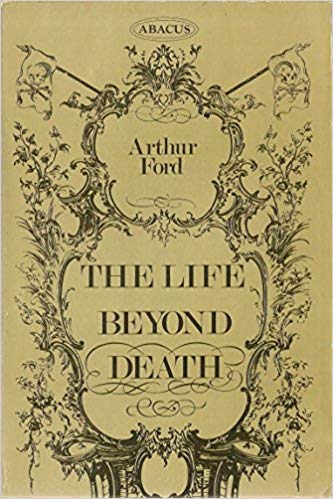 Eventually Ford started to tour and appear before an audience.  We have an observation for this, but he says that with practise he developed 'a fairly consistent ability' to stand before an audience, 'half block out the people before me, feel as if I were about to go into trance but not lose consciousness, and then let discarnate personalities either appear before me or impress me with a description of themselves while at the same time I heard, wordlessly, the messages they wished to convey'

There is good reason to believe [especially given that his communications were often given in the trance condition] that he was genuinely talented, he could indeed ‘read minds’.  Perhaps the difficulty we might have now is which minds was he reading?  I don’t suppose he was entirely sure himself.

One day in1924 when Ford was in trance Fletcher appeared and said that hence- forth he would be Ford’s ‘permanent assistant on the unseen plane’.   This changed the process and a process of familiarisation began.

The years 1924 to 1927 were the years of our mutual training, Fletcher's and mine. I did an increasing amount of platform work, but always in a tentative fashion. I still did not think of myself as a professional clairvoyant. I wrote articles for various publications under pseudonyms and did some other newspaper and magazine work. On Sundays I frequently spoke in Spiritualist churches, and sometimes in orthodox churches, for my interest in the ministry was ingrained. I gave private sittings and while I always assured my patrons that I could not guarantee Fletcher's appearance, still he nearly always appeared and delivered reliable information, so that I began to make a charge for the sittings. 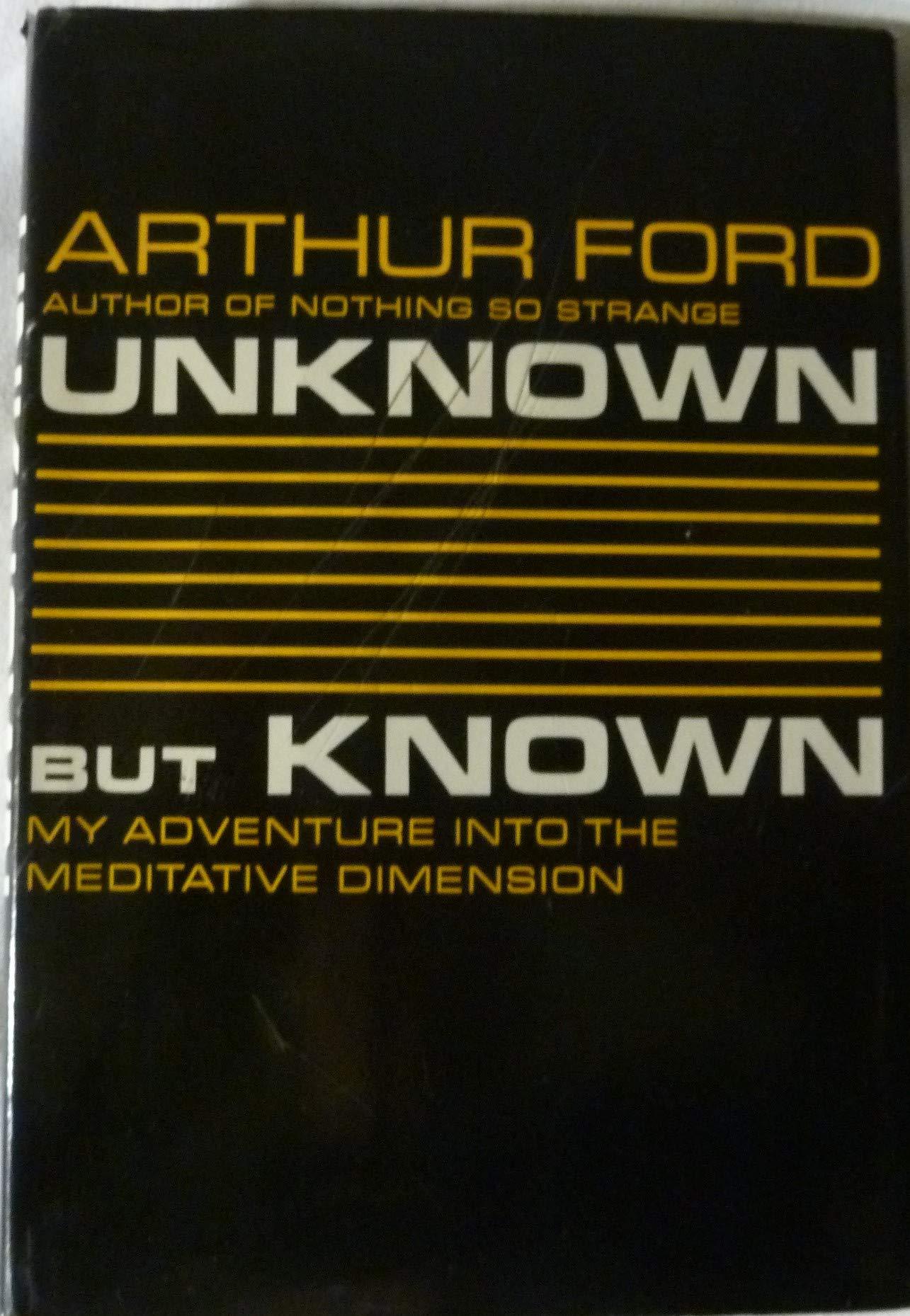 Ford was accused of trickery, fraud and a great number of other things, usually after his death by people who had something to gain by doing so.  After Ford's death in 1971, for example, biographer Allen Spraggett and associate Rev. William V. Rauscher claimed to have found evidence that the Houdini séance had been faked. Nevertheless Spraggett’s book is still called Arthur Ford, The Man Who Talked with the Dead (1973).

Joe Nickel who in 2012 [thus around 40 years after Ford’s death] in his book. The Science of Ghosts: Searching for Spirits of the Dead, dismissed Ford as "a clever fraud artist”, did so without any evidence whatsoever.  Joe Nickell (born December 1, 1944) is a professional skeptic.  That is how he makes his money.  He wasn’t even born when the events he writes about occurred.  There is something very tedious about people who malign others for money when the people concerned cannot answer back.

Ford’s legacy is, perhaps, far more important.  By the 1970s, the Spiritualist movement had degenerated and attracted a group of people whose antics needed debunking, and indeed could be shown to be fraudulent in the sense of 'obtained, done by, or involving deception'.  Rarely was any malicious criminal intent proven, although money was involved in many cases.  Some practitioners deluded themselves that by pretending to contact the dead [when in fact they were simply reading the mind of the relative], they were providing comfort to a grief stricken relative.  But they did it for money and encouraged the relatives to return, so not so honourable in the end.  Furthermore, the area was attracting people who were unjustifiably claiming or being credited with psychic accomplishments, when in fact all they were using was old fashioned trickery.

In the end Ford kept the flame of genuine mind reading at least alive and he put a lot of effort into getting people involved  other than out and out believers, the grief stricken, the gullible and spiritualists of the time. 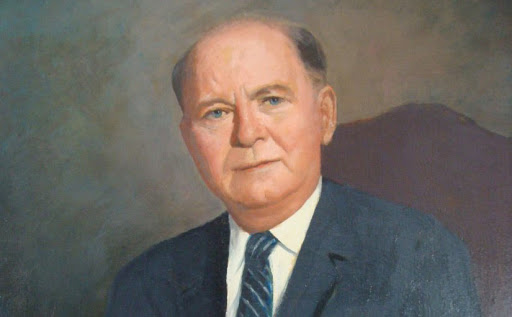 NOTHING SO STRANGE will speak to many conditions of men and women - the gifted who wonder at the source of their own inspiration and know an unaccountable quickening of their gifts under certain conditions; ordinary persons who at times sense untapped resources; the hurried and worried who seek a peace they cannot name; the ill of body or mind who have all but given up hope of help through recognized channels; the distraught who wish to learn concentration; the lonely who scarcely dare believe in the love of God.