How I Broke Houdini's Code (originally titled "A Round with the Magicians".)

After the message from Houdini's mother, no further word came for several months. To be sure, no one made any attempt to follow up. Then in November, 1928, the first word of Houdini's own message came through in a sitting for a group of friends, none of whom had known Houdini. The spelling out of the entire message took a portion of eight separate sittings covering a period of two and one-half months. Four of the sittings were with groups of friends and four with individuals, one a New York physician, Dr. John Tanner, and another, Mr. Hamilton Emmons, of England, then visiting in this country. 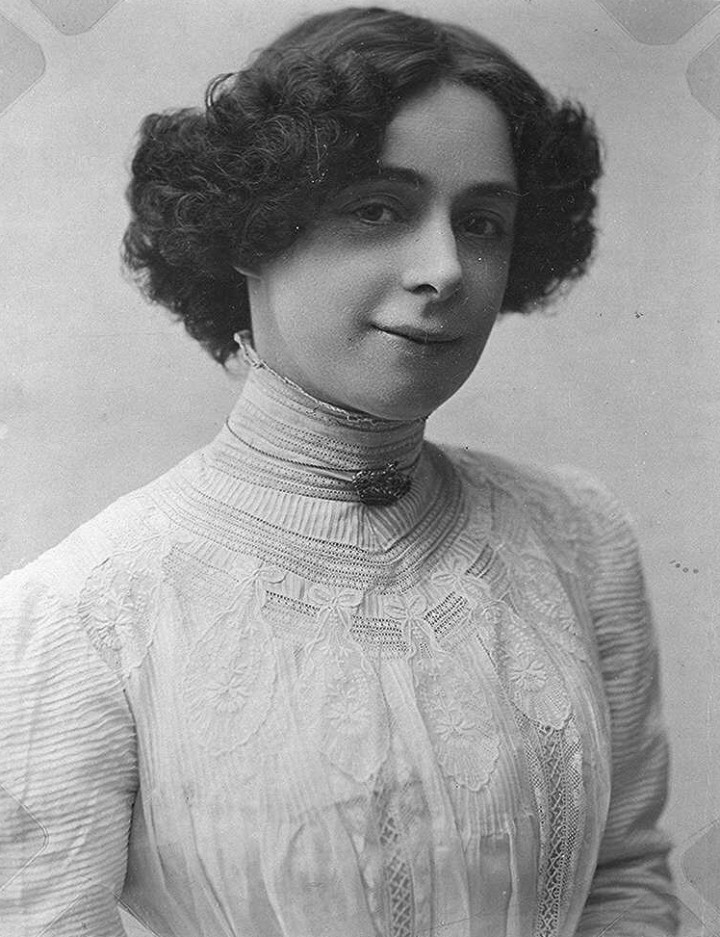 Fletcher's method was to announce a word as he got it, no matter what else he happened to be talking about, and then apparently to wait until he was sure of another word and make another opportunity. One night he announced, "The first word is ROSABELLE and it is going to unlock the rest."

A fortnight later a second word was added - NOW.

At a third sitting Fletcher said, "Here is a lady I've been working with for a long time but the only word I get from her tonight is LOOK. This is the sixth word in the code."

The sitters presumed that the lady to whom he referred was Houdini's mother. Still later Fletcher asked that four new words be added - ROSABELLE, ANSWER, PRAY and TELL.

At the next to last sitting, Fletcher said, "Let me give you the words from the beginning, because I have to work hard to get them." His last comment was, "This man tells me now that he has put the next five words, which explain these, in French. I have not got them yet. I want to give you the other words because, working on the French words, I may forget the others."

At the final sitting Fletcher said, "This man who is communicating tells me it has taken him three months working out of the confusion to get these words through, and that at no time has he been able to do anything without his mother's help.

TELL - that is the last word! You now have ten words. Go over them carefully. It has been a hard job getting them through, 'But I tell you,' he says, fairly shouting, 'they are right!' Now he wants to dictate the exact message you are now to take to his wife. This is to be written down in longhand, no notes."

Fletcher then asked the time, which was 9:23 P.M. He said this was to be noted; also that the medium was in deep trance, that the medium's pulse was at that moment sixty-three, which he asked to have verified; also he wanted the names of those present set down. Fletcher then continued with great exactness,

"A man who says he is Harry Houdini, but whose real name was Ehrich Weiss, is here and wishes to send to his wife, Beatrice Houdini, the ten-word code which he agreed to do if it were possible for him to communicate. He says you are to take this message to her and upon acceptance of it, he wishes her to follow out the plan they agreed upon before his passing. This is the code:

"He wants this message signed in ink by each one present. He says the code is known only to him and to his wife, and that no one on earth but those two know it. He says there is no danger on that score, and that she must make it public. Announcement must come from her. You are nothing more than agents. He says that when this comes through there will be a veritable storm, that many will seek to destroy her and she will be accused of everything that is not good, but she is honest enough to keep the pact which they repeated over and over before his death. He says, 'I know that she will be happy, because neither of us believed it would be possible.'"

Fletcher then added, "Her husband says that on receipt of this message she must set a time, as soon as possible, when she will sit with this instrument while I Fletcher, speak to her, and after he has repeated this message to her, she is to return a code to him which will be understood by her and by him alone. The code that will be returned by her will be a supplement to this code, and the two together will spell a word which sums it all up, and that word will be the message which he wants to send back. He refuses to give that word until he gives it to her."

The following day two members of the group, Mr. Fast and Mr. John W. Stafford, associate editor of The Scientific American, both strangers to Mrs. Houdini, as were all the members of the group, delivered the message to her. She was lying on a couch, having suffered a fall the week previous. She read the report, then stirred with emotion, dropped it at her side, and said, "It is right!" Then after a moment she asked in wondering, "Did he say ROSABELLE?" Upon being assured that he had, she exclaimed, "My God! What else did he say?" They repeated all they had recorded.

Following her husband's suggestions, she arranged to have me come to her house the next day, accompanied by three members of the group and a representative of the press. Two of her own friends joined us.

As soon as I was well into trance, Fletcher came through, announcing, "This man is coming now, the same one who came the other night. He tells me to say, 'Hello, Bess, sweetheart,' and he wants to repeat the message and finish it for you. He says the code is one that you used to use in one of your secret mind-reading acts." Then Fletcher repeated the ten words as he said Houdini was giving them to him. "He wants you to tell him whether they are right or not."

Mrs. Houdini replied, "Yes, they are."

"He smiles and says, 'Thank you, now I can go on.' He tells you to take off your wedding ring and tell them what ROSABELLE means."

Drawing her left hand from under the cover she took off the ring and holding it before her sang in a small voice:

Rosabelle, sweet Rosabelle,
I love you more than I can tell,
O'er me you cast a spell,
I love you, my Rosabelle!

Fletcher continued, "He says, 'I thank you, darling. The first time I heard you sing that song was in our first show together years ago.'"

"Then there is something he wants me to tell you that no one but his wife knows," Fletcher went on. "He smiles now and shows me a picture and draws the curtains so, or in this manner.

Evidently that was the clue for the unfoldment of the next part of the code, for Mrs. Houdini responded in French, "Je tire le rideau comme ça."

Through Fletcher, Houdini went on, "And now the nine words besides ROSABELLE spell a word in our code." Very exactly he then explained the code. "The second word in our code was ANSWER. B is the second letter in the alphabet so ANSWER stands for B. The fifth word in the code is TELL, and the fifth letter of the alphabet is e. The twelfth letter in the alphabet is L and to make up twelve we have to use the first and second words of the code."

Continuing in this intricate way to the end he said, "The message I want to send back to my wife is: 'ROSABELLE, BELIEVE!'"

Fletcher then asked, "Is this right?"

In conclusion Fletcher repeated Houdini's final words. "He says, 'Tell the whole world that Harry Houdini still lives and will prove it a thousand times and more.' He is pretty excited. He says, 'I was perfectly honest and sincere in trying to disprove survival, though I resorted to tricks to prove my point for the simple reason that I did not believe communication was true, but I did no more than seemed justifiable'. I am now sincere in sending this through in my desire to undo. Tell all those who lost faith because of my mistake to lay hold again of hope, and to live with the knowledge that life is continuous. That is my message to the world, through my wife and through this instrument."

The message itself was:

The code had been a handy device employed in Houdini's instructions to his wife during their act. Mrs. Houdini commented that the code was such a secret that "even though the stage-hands knew the words, no one except Houdini and myself knew the cipher, or the key, and its application."

Was it a Hoax?

Facsimile of statement made by Mrs. Houdini the day after receipt of the message. Witnesses: Mr. H. R. Zander, Representative of the United Press; Mrs. Minnie Chester, life-long friend of Mrs. Houdini and Mr. John W. Stafford, Associate Editor of Scientific American.[see above]
From the moment that Mrs. Houdini pronounced the message genuine there began a flood of attack ranging from the ludicrous to the vicious. Mrs. Houdini's veracity was questioned; she was accused of giving the code to someone who then gave it to me - as if there could be any comfort for her in securing a message she already knew from a source she did not believe existed. She was also scored for selling out her own husband who had so widely publicized his conviction that all mediums were fakes. Consistently she avowed the genuineness of the messages and defended having made them public. "It was what he wanted me to do, and I am doing it."

I was likewise accused of fraud, of course, and was once also approached by an ingenious blackmailer. Then a man impersonating me fabricated a newspaper story, which only one tabloid printed, after which he confessed his hoax under promise of immunity from criminal prosecution. Three individuals brought charges to the United Spiritualist League of New York City that I had been in cahoots with Mrs. Houdini and the press. The president of the board of trustees of the First Spiritualist Church redeemed my character, Mrs. Houdini stood her ground, and the respectable press was meticulously fair. I never attempted to collect any of the fabulous sums offered for breaking the Houdini code, although I am sure a legal case could have been made. However, I did receive an enormous amount of publicity. Maybe Houdini had a hand in that! He may have been paying his respects to the fact that my act had been performed not while handcuffed but while sound asleep.