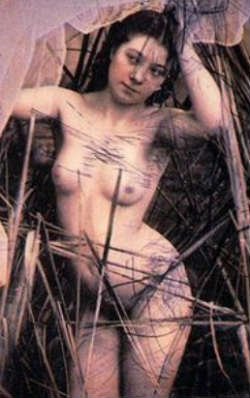 A type of rebirth experience in which the person having the spiritual experience feels themselves and usually sees themselves, to be  pierced with swords, lances, arrows, daggers or knives.  This experience is usually part of the dismemberment process, but may not always be, occasionally there is just piercing but no actual cutting up

The symbolism is the same as with all rebirth experiences in that it symbolically shows the reconfiguration of the person’s functions with the removal of unwanted function and the addition of new needed function.  The purpose is to make the person fit for a new role within the spiritual world connected with their destiny.

Instead of the process being a long slow gentle one however, it is completed within one visionary experience and is thus traumatic, as the removal of the functions and addition of new ones can be felt physically and real pain ensues.

The Composer simply adds images suited to the degree of reconfiguration that has had to take place.  If the person is lucky they simply become unconscious during the worst parts, if they are not lucky they symbolically see and experience every step of the process.