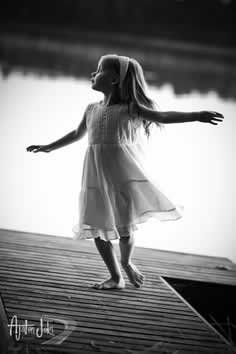 Swirling, twirling, spinning and whirling – are all names for going round and round and round using one leg as a pivot until your mind is stilled and your Reasoning process no longer functions.

Superficially swirling and whirling appear very close to Frenetic exercise in that the spinning must be constant for it to work.  And indeed there is a contributory effect from the exercise and the activity.  But as we shall see the principle mechanism of operation is Reverse REM with the added advantage that it also promotes fatigue, which serves to help the process.

I have given it a category on its own because it is a hybrid of the two.  It does not work via overload which is why it is in this section.

Edward Dowden – from The Secret of the Universe 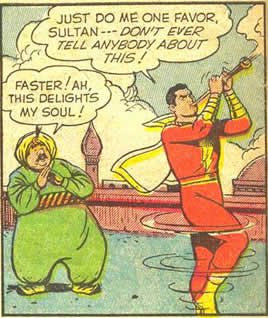 From the Captain Marvel comics

I spin, I spin, around, around
And close my eyes
And let the bile arise
From the sacred region of the Souls' Profound
Then gaze upon the world; how strange how new!
The earth and heaven are one
The horizon line is gone
The sky how green! The land how fair and blue
Perplexing items fade from my large view
And thought which vexed me with its false and true
Is swallowed up in Intuition; this
This is the sole true mode
Of reaching God

This technique is used worldwide, and as such I think we can conclude it is proven.

Sufis and many African people whirl and twirl.  Siberians whirl and twirl.  Although we tend to associate it with the Sufis, it is not by any means confined to them, as you will be able to see from the observations.

It is rare for any westerner to see the true process, for the obvious reason that this is spiritual not entertainment.  For western consumption, the whirling is performed as though it was a dance and accompanied by, for example, the jolly tunes of a reed flute.  But once the westerners have gone home, the true whirling and twirling that takes the Sufi or other practitioner to ecstasy is undertaken.

I have provided an observation of a true ceremony witnessed by William Seabrook to show what actually happens.

The Sufi act of whirling is known by the name of the ‘Sema’.  It can be a group activity overseen by a helper, or it can be a lone activity.  Shaykh Ahmad ibn Ajiba called the Sema “a science through which one can know how to travel into the presence of the Divine, purify one’s inner self, and beautify it with a variety of praiseworthy traits”.

The Sufis that still use this technique are the Dervishes of the Mevlevi order, which was founded by Jalal ad-Din Muhammad Balkhi-Rumi, see Jalaladin Rumi and I have provided quite a large number of observations from him.  It is from his poetry that we know about the effects and the practises of the so called ‘Whirling Dervishes’.

The sema is held in the semahane (ritual hall) with the dervishes whirling in a circle around their sheikh, who circles at the centre in ‘pole position’. There is quite a bit of symbolism employed in the dress used by the Sufis.  According to Sufi literature “the semazen's camel's hair hat (sikke) represents the tombstone of the ego; his wide, white skirt represents the ego's shroud. By removing his black cloak, he is spiritually reborn to the truth”.  Actually the symbolism is based on the crown, the cone, and darkness and light. 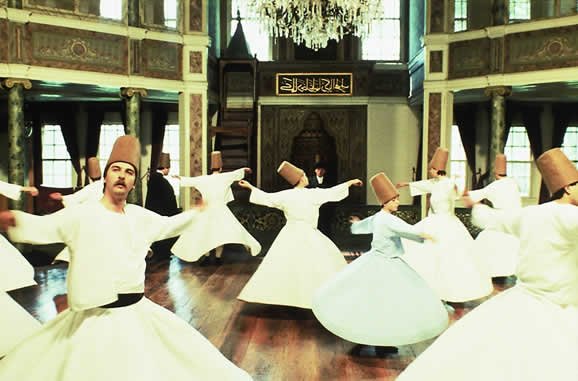 Twirling for an audience and photographers

The purpose of the spinning is to affect your eyes.  You are trying to simulate a sort of voluntary nystagmus, thus as you spin , you fix your eyes on a point then bring them back to the side let them follow an object then bring them back.  The overall effect is for the eyes to move from side to side.  Like REM sleep. The same effect can be obtained by fixing your eyes on a point and shaking your head from side to side, but the spinning has the added effect of making you tired and thus helping to invoke the parasympathetic nervous system – relaxing you and releasing tension. 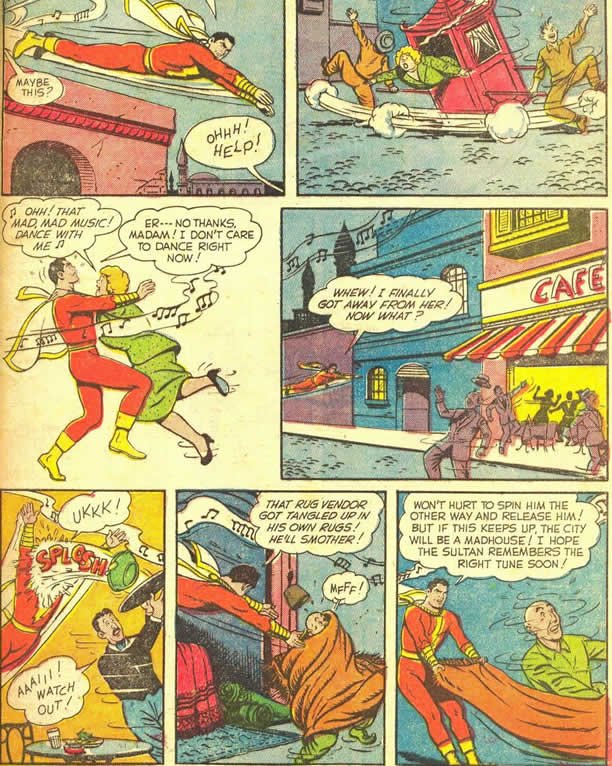 Physically - Voluntary Nystagmus caused by ‘foveation’ of moving objects and sustained rotation! Physically it works via the vestibular system.
In effect, nystagmus mimics REM sleep, but the signal is reversed  and the person then hallucinates or has a vision - a form of waking or lucid dream.  Its principle mode of operation as a technique is thus Reverse REM.
Some contribution is made by the Frenetic exercise involved, but this is minor in comparison with its real mode of operation.

Functionally - It may be helpful if you have the Model of the Mind open and to have read the generic description of How spiritual experience works.

Any music tends to heighten Emotions, which helps to subdue the Reasoning function.  Furthermore, the monotonous whirling motion also has the effect of suppressing Learning and Reasoning.  The Will has nothing to do but let the Autonomic system keep you balanced, so after a while it gives in to the Emotions and the Composer takes over.

Note also the observation from Edward Dowden in the introductory section