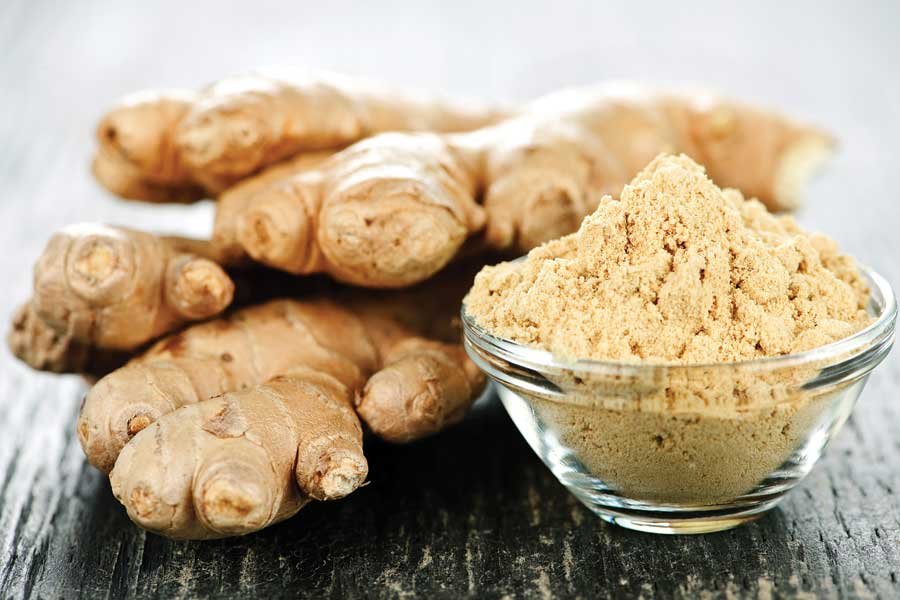 Ginger (Zingiber officinale Roscoe) is a flowering plant in the family Zingiberaceae whose rhizome, ginger root or simply ginger, is widely used either dried as ginger powder in biscuits, gingerbread or pies, or the rhizome itself is used – generally in savoury dishes.  Other members of the family Zingiberaceae include turmeric, cardamom, and galangal.

It is widely used in the cuisines of both China and India, as well as many other Far Eastern countries.   Ginger is indigenous to south China, but spread to the Spice Islands, other parts of Asia and subsequently to West Africa and the Caribbean. Ginger was exported to Europe via India in the first century AD as a result of the lucrative spice trade. In 2012, India, with over 33% of the global production led in growing ginger, replacing China, in second position (about 20%), followed by Nepal (about 12%), Nigeria and Thailand (each about 7%) and Indonesia (about 5%). 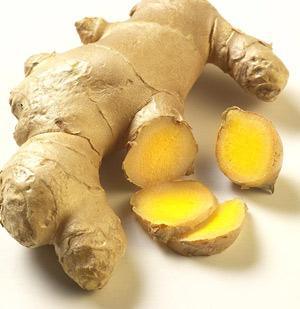 The rhizome of ginger, as long as it is fresh and not dried, and as long as it is not stale, is an antiviral and a very effective one.  In Chinese medicine, the dried root and the powder are considered a completely different medicine to the fresh rhizome, principally because the drying process removes many of the volatile oils and other constituents change as they dry.

There are over 80 other plants in the genus Zingiber but only Z.officinale, common food ginger, being the most widely available, has really been explored thoroughly.  Many of the species in the family contain similar constituents and it is known they can be used medicinally, they even have similar antiviral action, but considerably more work needs to be done here to explore the potential of these plants – both in medicine and for culinary use. 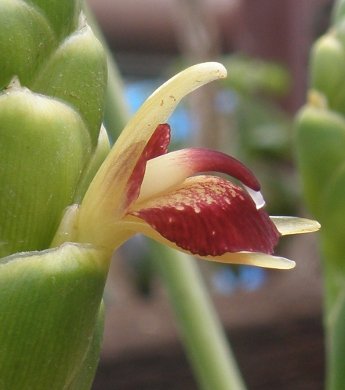 Ginger is a tropical plant.  It likes sheltered locations, filtered sunlight, warmth, humidity and rich soil.  It does not like direct sunlight.  It may be found from sea level up to about 5000 feet in altitude, but these days is rarely found in the wild.  It is cultivated from pieces of the living rhizome.  The ginger is broken up, then left to bud and once it has started to bud it is planted.  Although the plant is classified as an ‘herbaceous a perennial’ it tends to deplete the soil on which it is grown, so when it is cultivated it is rotated every other year.

Ginger grows annual stems about a meter tall bearing narrow green leaves. It produces clusters of white and pink flower buds that bloom into yellow flowers. Because of its ‘aesthetic appeal’ and the adaptation of the plant to warm climates, ginger is often used as landscaping around subtropical homes.  But it needs a lot of water and likes to be mulched.  Again the air needs to be tropical – moist and humid.

Traditionally, the rhizome is gathered when the stalk withers.  Again, we repeat that for both culinary and medicinal purposes the root/rhizome needs to be fresh. 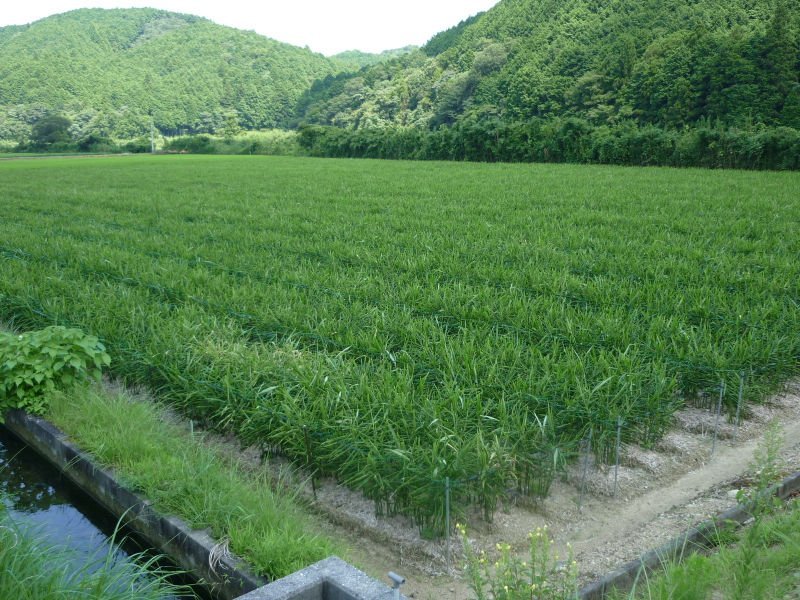 Ginger has a very long history of medicinal use in a number of the eastern medicinal systems.  It has a key place in Traditional Chinese medicine [TCM] and in Ayurveda, when it is called srangavera and shengjiang.  Ginger is generally combined with other herbs in TCM as it is considered to be a ‘guide’ drug that carries the other herbs to where they need to go.  Estimates are that up to half of all Chinese herbal formulas contain it. 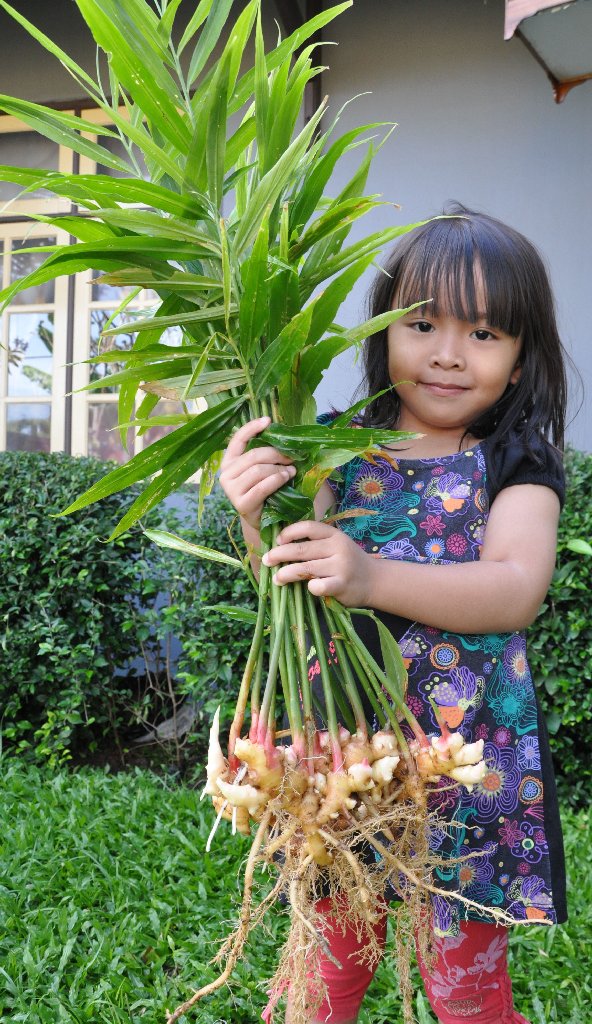 
A virucide is an agent (physical or chemical) that deactivates or destroys viruses. This differs from an antiviral drug which inhibits the development of the virus.  So what is meant by the terms above? 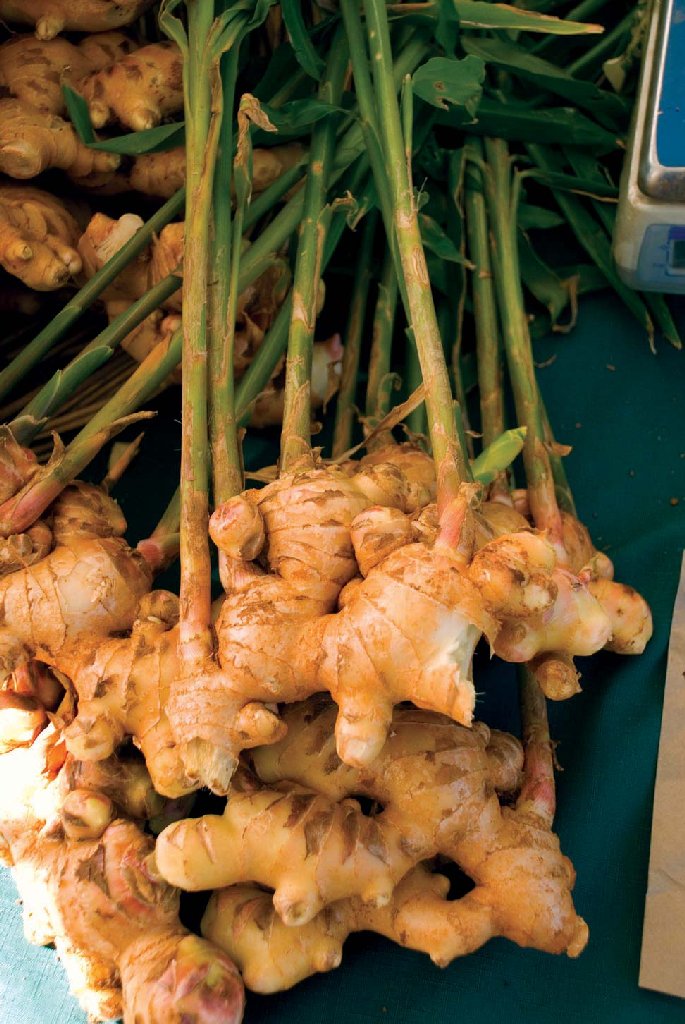 The research on ginger has been problematic in that distinctions in scientific research have not been made between the actions of the fresh root and the dried root, nor has there been clarity in scientific research about how the herb is prepared or what effect that might make to the outcome.  It is rare that fresh preparations have been tested, which is ridiculous since that is the primary form of the medicine the world over…..  Plant possess very different medicinal actions depending on when they are harvested, how they are harvested, if they are dry or fresh, how they are prepared as medicines, how often they are taken, how much is taken and if they are taken in isolation or in combination.  Scientists coming from a reductionist orientation have a hard time understanding all that


It is noticeable that the research papers coming from the eastern universities and research labs where the concept of holistic medicine and holistic healing plants is understood are far more helpful than any of the studies from the west. 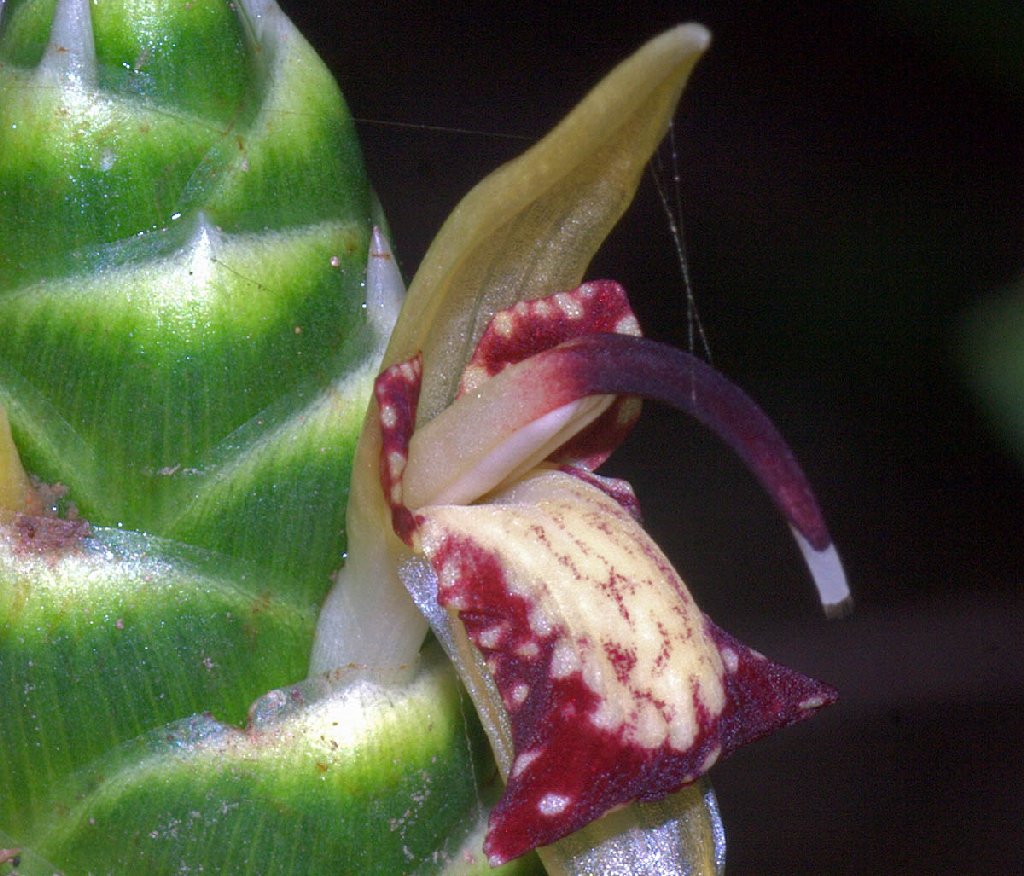 Ginger, according to Dr Duke’s analysis contains over 312 chemicals.

Stephen Harrod Buhner in his analyses has found over 400 listed.

It must be one of the most complicated plants there is in terms of its overall constituents and effects.

Only about an eighth of these have been investigated.

Because it is so complex we have added observations for some of the main activities as specified by Dr Duke rather than provide this vast list here.  It is somewhat extraordinary that so few of the chemicals in this plant have been investigated given the fact it is so widely used, both medicinally and in cooking.

As the principle pathogens that attack us are fungi, viruses, bacteria, toxins such as insecticides and heavy metals, radiation, and parasites - the lists from Dr Duke included in the observations are centred around these - antiviral, antifungal, antibacterial etc. 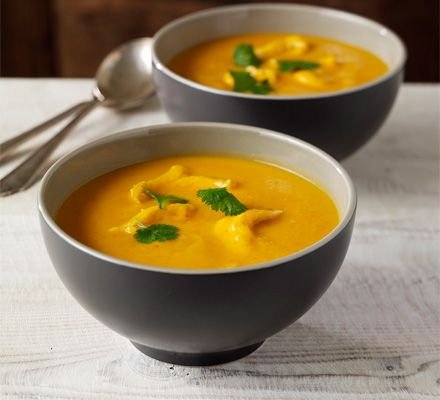 In effect it is a very versatile spice.  For example 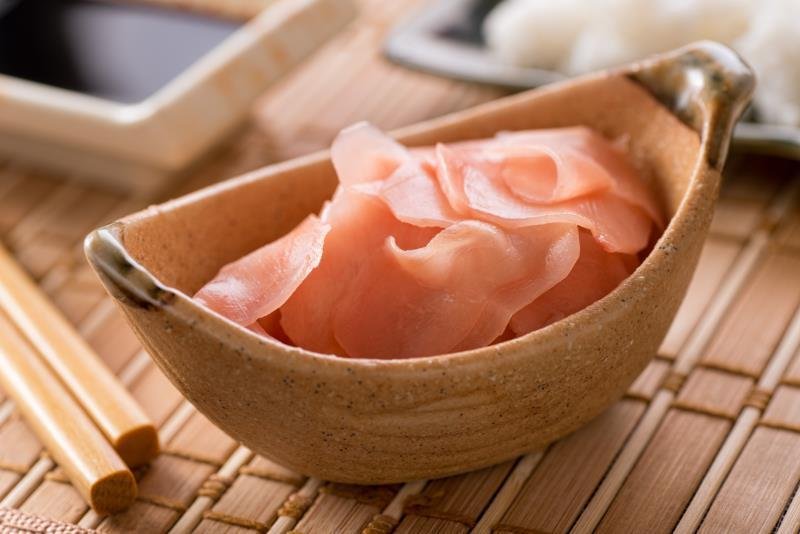 Young ginger rhizomes are juicy and fleshy with a very mild taste. They are often pickled in vinegar or sherry and are of course a primary part of a Japanese sushi or sashimi meal.  In Japan, it called  beni shoga and gari.  Ginger is also grated and used raw on tofu or noodles.

Here the fresh rhizome is used.  The rhizome is juiced or crushed and all the juices squeezed out.  To this warm water is added, honey to taste, and freshly squeezed lemon or lime juice.  This is actually a very nice tea in its own right, but is also used medicinally as an antiviral against coughs and colds. 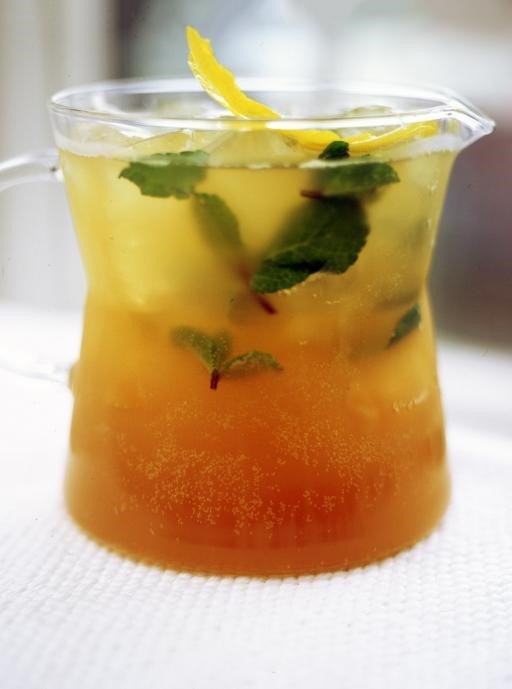 Ginger beer is not actually alcoholic, it is a refreshing drink.

And it can be found worldwide.

In Indonesia, for example, a beverage called wedang jahe is made from ginger and palm sugar.

In the Caribbean, Jamaicans make ginger beer both as a carbonated beverage and also fresh in their homes. 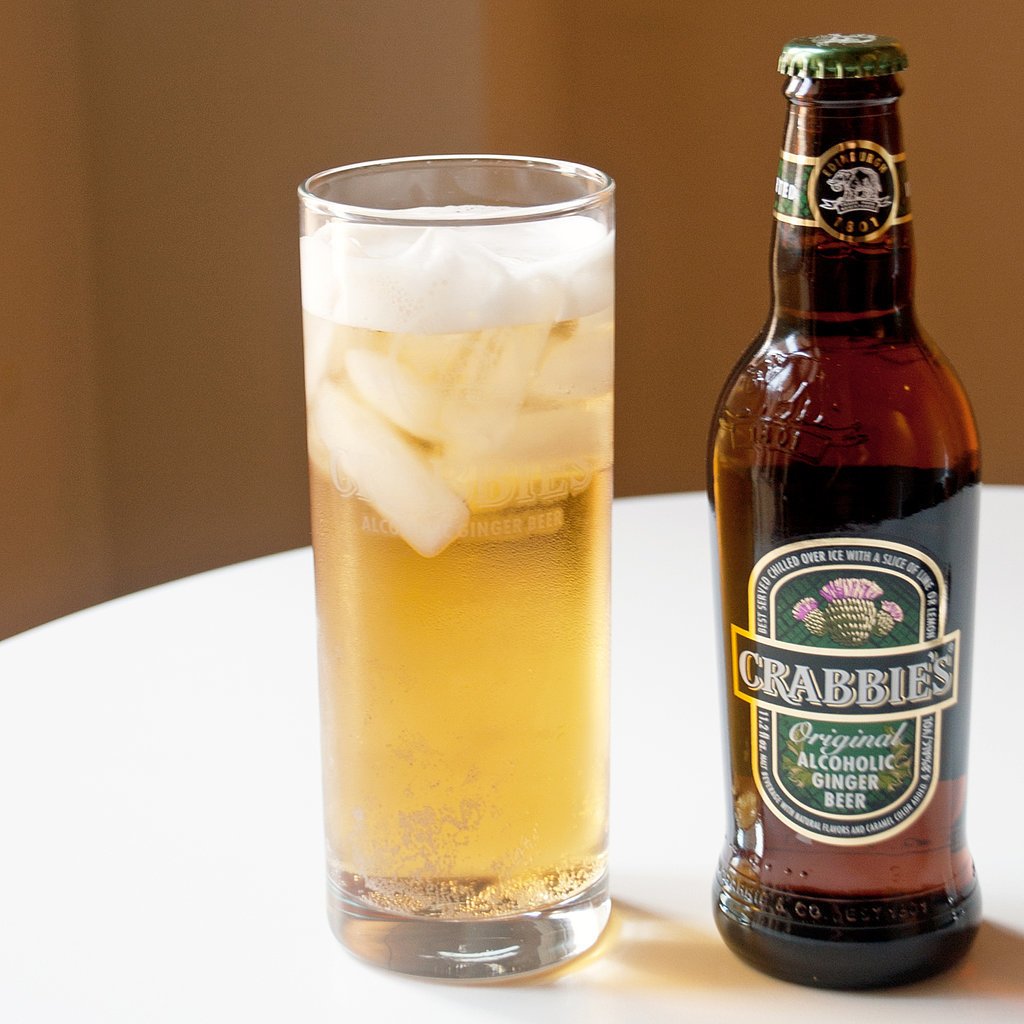 This site does not advertise, but there are real alcoholic beers in the UK now being made with ginger and called Ginger beer.

And they are very good.

Here, however, is a recipe for ‘real’ ginger beer from Hugh Fearnley-Whitingstall from the  ‘The River Cottage’ website

Crystallised ginger and other sweets

In China, candied ginger is sometimes a component of Chinese candy boxes.  In Japan ginger is made into a candy called shoga no sato zuke. Candied ginger, or crystallized ginger, is the root soaked in sugar syrup, and is a type of confectionery.  See Mrs Grieve’s entry to obtain the correct method.  One of our favourite Christmas treats [in the days when such things were treats] was crystallised ginger ‘enrobed ‘ [as they called it] in very dark chocolate.  The bitterness of the chocolate and the sweetness of the ginger were a heavenly combination. 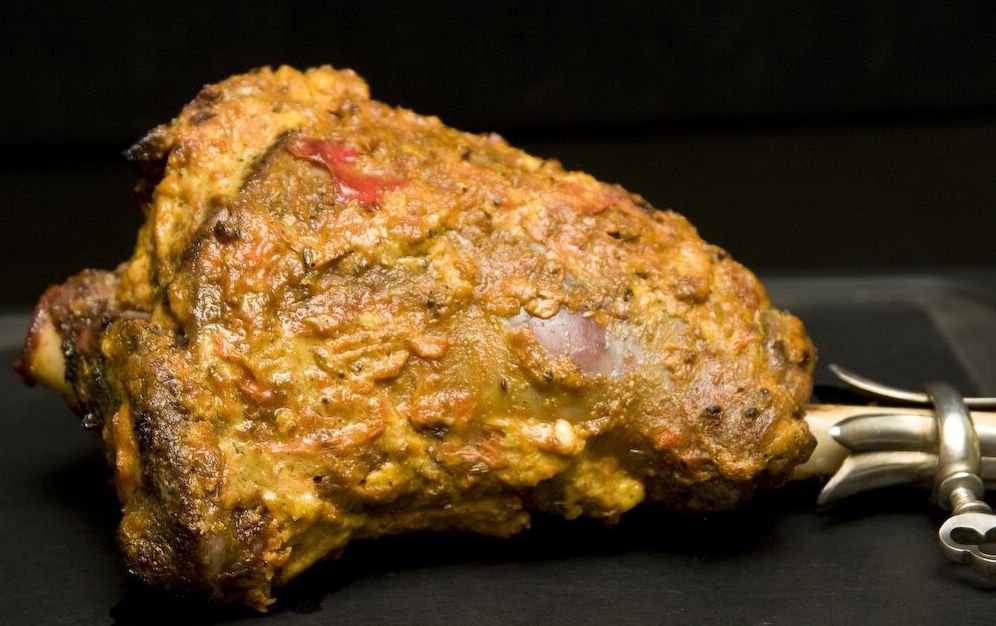 A truly vast number of savoury dishes use the rhizome of ginger.  Ginger roots are used in Indian recipes and is a common ingredient of Chinese, Korean, Japanese, Vietnamese, and many South Asian cuisines for flavouring dishes such as seafood, meat, and vegetarian dishes.

In the traditional Korean kimchi, for example, ginger is finely minced and added to the ingredients of the spicy paste just before the fermenting process.  In Bangladesh, ginger is finely chopped or ground into a paste to use as a base for chicken and meat dishes alongside onion and garlic.

What is interesting about the cuisine of these countries is that there is no separation made between eating and healing – one makes a delicious meal out of the ingredients needed to heal someone.

In Indian cuisine, for example, ginger is a key ingredient and ginger has a key role in traditional Ayurvedic medicine. It is an ingredient in traditional Indian drinks, both cold and hot, including spiced Masala chai. Fresh ginger is one of the main spices used for making pulse and lentil curries and other vegetable preparations. Fresh ginger together with peeled garlic cloves is crushed or ground to form ginger garlic masala. There is a delicious Indian recipe called ‘Royal lamb’ that uses ginger garlic and yoghurt to marinate and then cook a leg of lamb [see Madhur Jaffrey’s books].  Thus enjoyable eating and healing are combined. 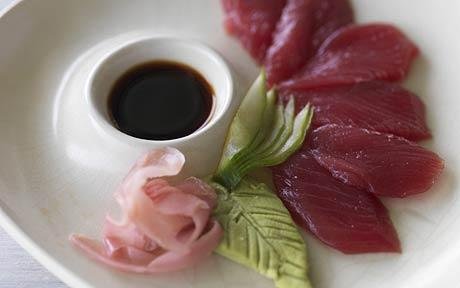 In Burma, ginger is called gyin. It is widely used in cooking and as a main ingredient in traditional medicines. It is consumed as a salad dish called gyin-thot, for example, which consists of shredded ginger preserved in oil, with a variety of nuts and seeds.

Ginger and garlic go well together as an ingredient in cooking, but their properties are also complementary in terms of healing.  Both are antiviral, antibacterial and antiparasitic.  In Thailand, for example ginger is called khing and is used to make a ginger garlic paste in cooking.

Where the whole plant is available, other parts of it may be used in cooking.  Thus, for example, in Vietnam, the fresh leaves, finely chopped, are added to shrimp-and-yam soup (canh khoai mỡ) as a top garnish and spice to add a much subtler flavour of ginger than the chopped root. 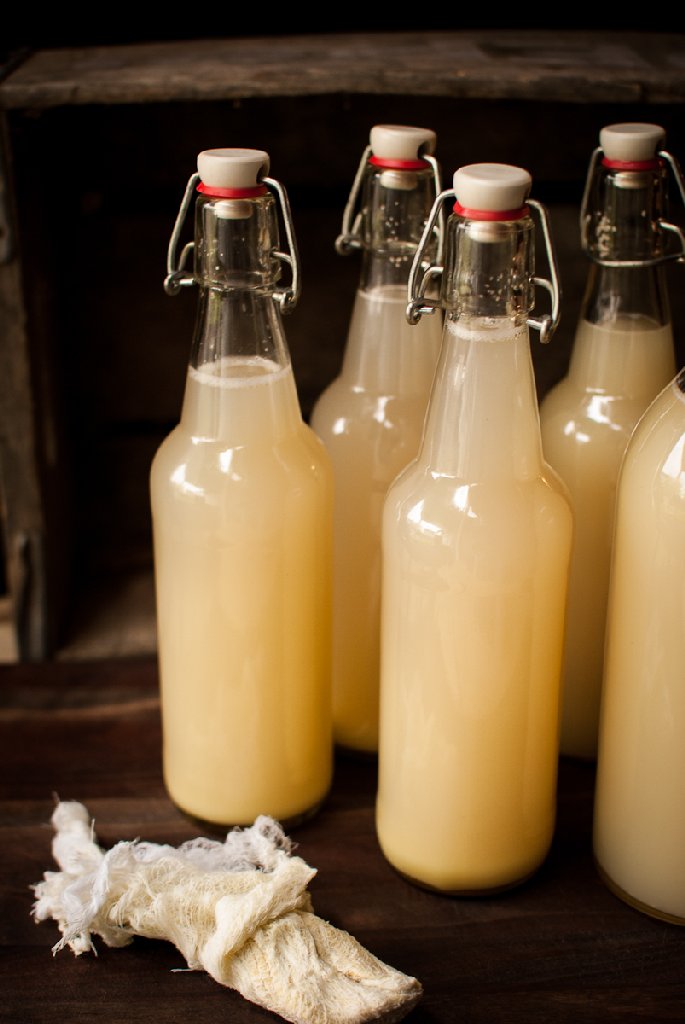 A ginger-flavored liqueur called Canton is produced in Jarnac, France.

Ginger wine is a ginger-flavoured wine produced in the United Kingdom, traditionally sold in a green glass bottle, tasty but sweet.

Ginger wine is even to be found in Scotland and was used to combat the cold or as ‘an addition to whisky to make a "Whisky Mac"’ – which is, I have to admit – a very powerful combination – designed to sink to your socks.

The following recipe is adapted from the original published in Mrs Beeton makes 4.5 litres (8 pints).