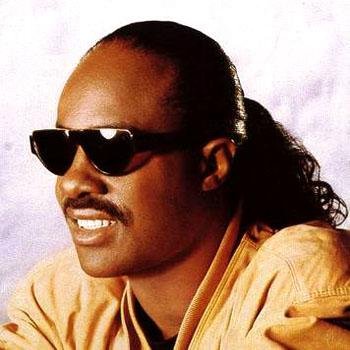 Stevland Hardaway Morris (born Stevland Hardaway Judkins; May 13, 1950), known by his stage name Stevie Wonder, is an American musician, singer, songwriter, record producer, and multi-instrumentalist. A child prodigy, he is considered to be one of the most critically and commercially successful musical performers of the late 20th century.

Stevie Wonder writes and produces songs for many of his label mates and outside artists as well as writing his own songs. He plays the piano, synthesizer, harmonica, congas, drums, bongos, organ, melodica and Clavinet. He was the first Motown artist  to win an Academy Award for Best Original Song, which he won for his 1984 hit single "I Just Called to Say I Love You" from the movie The Woman in Red. 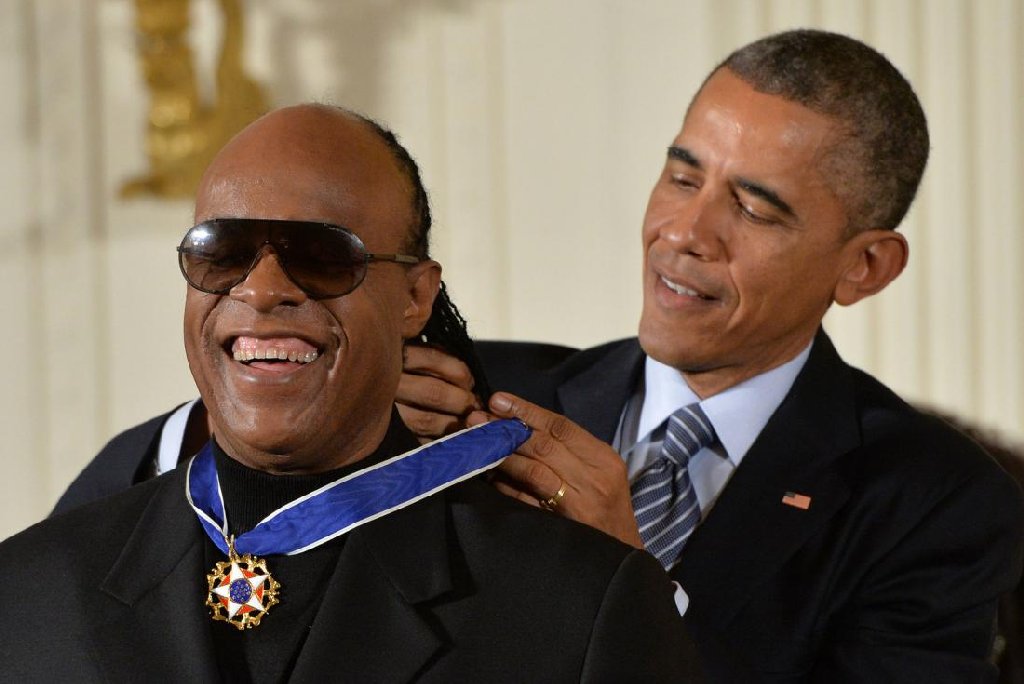 Stevie has been blind since shortly after birth. He was born in Saginaw, Michigan, in 1950, the third of six children of Calvin Judkins and Lula Mae Hardaway, a songwriter. He was born six weeks premature which, along with the oxygen-rich atmosphere in the hospital incubator, resulted in retinopathy of prematurity (ROP), a condition in which the growth of the eyes is aborted and causes the retinas to detach; so he became blind.  Despite his blindness, he began playing instruments at an early age, including piano, harmonica and drums.

Since then, he has recorded more than 30 Top 10 hits, won 25 Grammy Awards (a record for a solo artist), also one for lifetime achievement, he has won an Oscar for Best Song and been inducted into both the Rock and Roll and Songwriters halls of fame. Opera star Luciano Pavarotti once referred to him in a concert as a “great, great musical genius”.

Wonder - rare picture without his glasses, 1980 by Moneta Sleet

Stevie Wonder needs little introduction. His awards and achievements — 25 Grammy Awards, a place in the Rock and Roll Hall of Fame, more than 100 million records sold worldwide — only speak partially to his legend.

His career began when he signed to Motown Records at the age of 11, becoming a teenage soul sensation billed as "Little Stevie."

In the 1970s, he created a string of classic records: Talking Book, Innervisions, Songs in the Key of Life, to name a few.

Stevie Wonder is unquestionably one of the most influential and important musicians alive today.

On the issue of ‘colour’

When one is blind, the concepts of ‘colour’ or ‘race’ suddenly have no meaning at all.  Although it may sound strange, not seeing a person’s face or their body language can occasionally be a real advantage, as one concentrates on who they are, what they are saying and not what they look like. "And for me, not seeing anybody, it means that I'm looking at their souls."

Stevie met Barack Obama and said that he felt, “that sincerity in his voice”.  If one thinks about it, Stevie knew a voice - a fellow human being - not a label like ‘Black American’.  As Michael Jackson once said ‘I don’t want to spend my life being a colour’.

I never saw it as being political — I just saw it as being the right thing to do. I just felt that a man who had fought for the economic, social and civil rights for all people should be recognized for the greatness that he did, and for those like himself who lived and died for that, should be recognized. And when people would say to me, "Hey, a black holiday!" I'd say "No, this is a holiday for everyone." He was a black man, he was an African-American man but I'm not looking at the colour of a person's skin — but, as Dr. King said, the content of their character. I just really believed that it was time to celebrate Dr. King. And as opposed to being in the spirit of, "Oh, please, please," I don't beg for it. This was something that should just happen because, you know, it's for everyone. 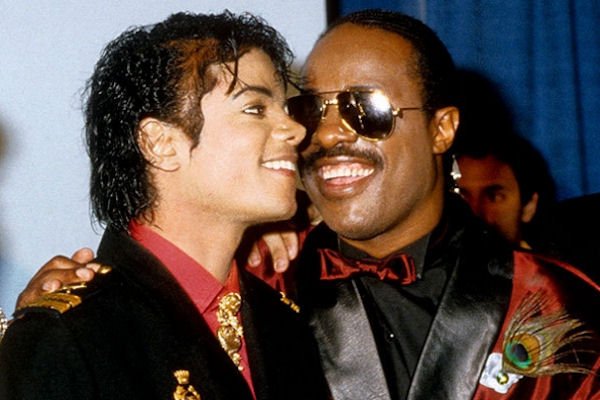 Stevie has said a number of times in his songs and in his interviews that he lives for his music and that he creates his music to please God.  He also believes, as did Leonard Cohen, that love’s ‘the only engine of survival’ and is the driver to all creation and creativity.

I think that my thing is basically, God — when I think about it, I say, "God, how can I make you even more happy?" Because, you know, obviously I'm appreciative of the fans and success and all that. But to please God is my greatest joy. And for those who might be Muslim, to please the God that you serve, Allah, or whatever your religion is. Like I said before, it's not about the religion, it's about the relationship.
And so my thing right now is I'm thinking: How can we deal with this situation where people are prostituting the most high with their negativity, with their evil? That hurts my heart so deeply. And that's everywhere. And so, to me, the one thing you've heard through and through every religion is:
Hey, just love. Just love. That's the most important thing:
Just love. That's what's gonna see us through. 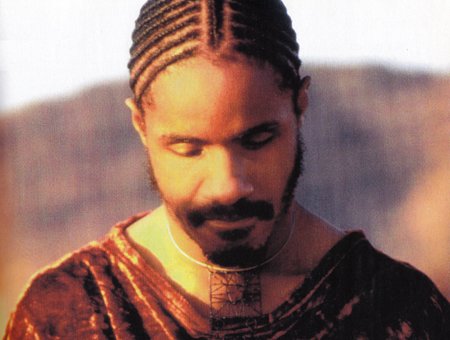 Stevie Wonder is totally against the taking of drugs.  He sees no reason why anyone who follows the path of love and takes up the spiritual path should need drugs.  He has composed a number of songs about this issue, notably ‘Too high’.  For those who poo poo such sentiments, he had seen truly talented people such as John Lennon, Thelonious Monk, or Syd Barrett - all on the site – descend into hell by using drugs.  Prince was a friend who died from prescription pharmaceuticals [as many do these days – doctors being the new drug dealers].

It was hard to convey a message because I was in so much pain. Not saying I wasn't with the others. But we had previously, very recently talked and talked about his future and things that he wanted to do and how inspired he was with the things he wanted to do. It lets you know: Hey, tomorrow's not promised to anyone. But you say, "God, why him?" But we are not the controllers of life. And that's why people need to stop doing that, trying to control life. But I was — it was just painful for me. And as much as we say, "Well we've got his music. We've got their art, we got their this, we got their that" — I would've loved to have some more him, and them. 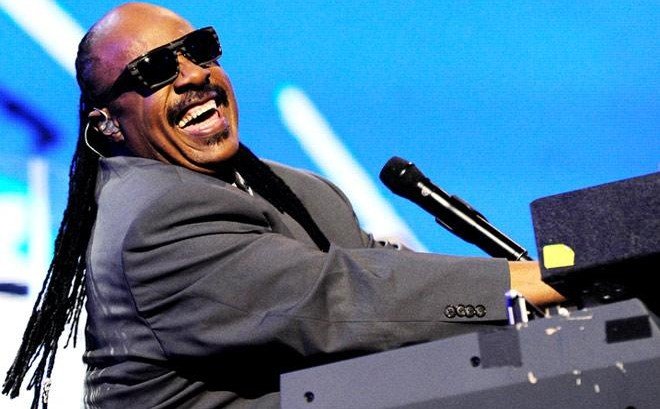 For all those who think that to be successful one has to pander to one’s audience and follow record moguls who monitor ‘trends’, then Stevie Wonder is a lesson to them all.  When he was very young he was largely steered by the Motown label, who even thought up his stage name.  Clarence Paul, his producer all through his teens, suggested "Wonder", reasoning that, "We can't keep introducing him as 'The Eighth Wonder of the World.'"

The Motown bosses stuck with him after his voice broke and the maturer 15-year-old who resumed recording in 1965 had a proper Motown delivery. He became a classic product of the Gordy factory: the label's executives chose what songs he'd sing, and alternated undemanding new soul songs with cover versions of pop standards. His "Uptight (Everything's Alright)" was a hit worldwide. He covered Dylan's "Blowing in the Wind" and began writing his own songs: Smokey Robinson's "Tears of a Clown" was one of his triumphs.  But Wonder was tiring of Motown's stranglehold over its talents, and Gordy's determination to keep absolute control over what they wrote and performed.

Stevie Wonder did something astonishing. He allowed his contract to expire and left Motown on his 21st birthday. There followed his most creative period, when he paid for the recording of two albums, on which he played all the instruments himself (including the synthesiser, seldom seen in black music), and brought a new seriousness to his lyrics.
Little Stevie had grown up and his songs now dealt with … spiritual growth. He started his own publishing company, Black Bull Music, and went back to Motown, to offer Gordy a deal; they could release the records, if Wonder kept total control over his own output, and the publishing rights.
He got his way. Music of My Mind came out in March 1972, a concept album rather than a collection of songs, and the first of five albums (all of them now regarded as classics) in five years: the others were Talking Book, Innervisions, Fulfillingness First Finale and Songs in the Key of Life. 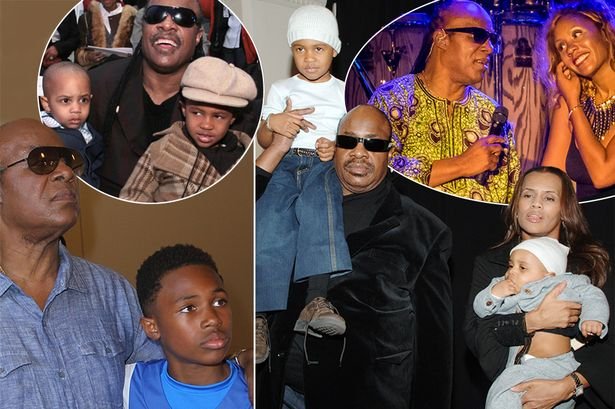 A life full of women and children

Wonder has been married three times. He was married to Motown singer-songwriter and frequent collaborator Syreeta Wright from 1970 until their amicable divorce in 1972. From 2001 until 2012 he was married to fashion designer Kai Millard. In October 2009, Wonder and Millard separated; Wonder filed for divorce in August 2012. In 2017 he married Tomeeka Bracy 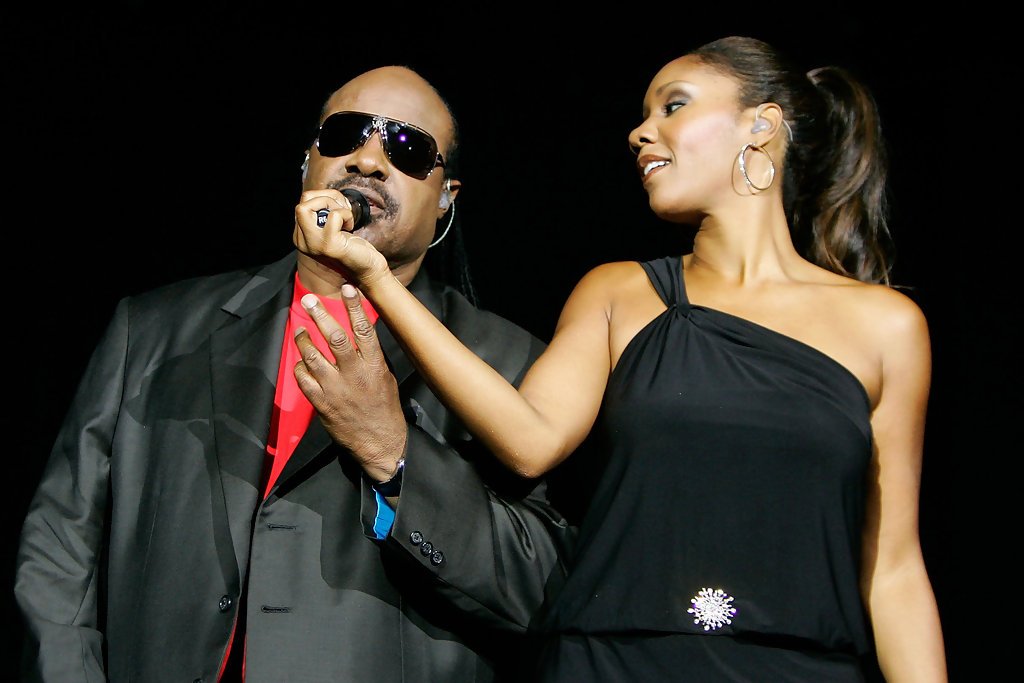 Musician Stevie Wonder performs live on stage with his daughter
Aisha Morris at the O2 Arena on September 11, 2008