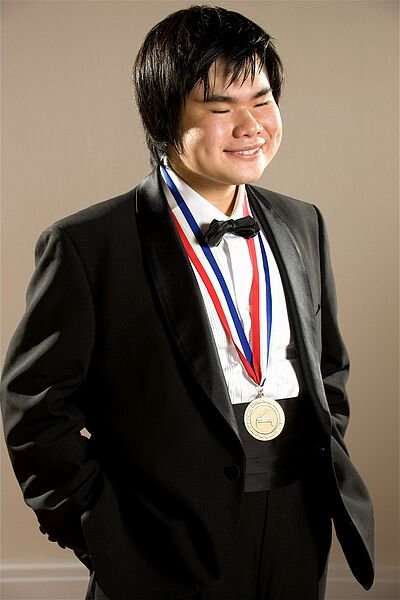 But, at the age of two, he began to play on a toy piano after his mother had been humming a tune and so they arranged to give him piano lessons when he was just four.

In 1995, at the age of seven, Tsujii won the first prize at the All Japan Music of Blind Students by the Tokyo Helen Keller Association.

In 1998, at age ten, he debuted with the Century Orchestra, Osaka. He gave his first piano recital in the small hall of Tokyo's Suntory Hall at age 12. And from there he continued to win competitions and develop his music.  Van Cliburn is quoted as having told the Fort Worth Star-Telegram,

He was absolutely miraculous. His performance had the power of a healing service. It was truly divine.

How he learns new musical works

Time magazine 2009:
Certainly, being blind hasn't made it easy. Tsujii can use Braille music scores to learn new pieces, but this kind of translation is usually done by volunteers.

Because demand is so low, the variety of scores available does not meet the needs of a professional performer, so Tsujii has devised his own method.

A team of pianists records scores along with specific codes and instructions written by composers, which Tsujii listens to and practices until he learns and perfects each piece.

I learn pieces by listening, but it doesn't mean I'm copying CDs or another person's interpretation. I ask my assistants to make a special cassette tape for me. They split the piece into small sections, such as several bars, and record it (one hand at a time). I call these tapes 'music sheets for ears.' It takes me a few days to complete a short piece, but it takes one month to complete a big sonata or concerto. 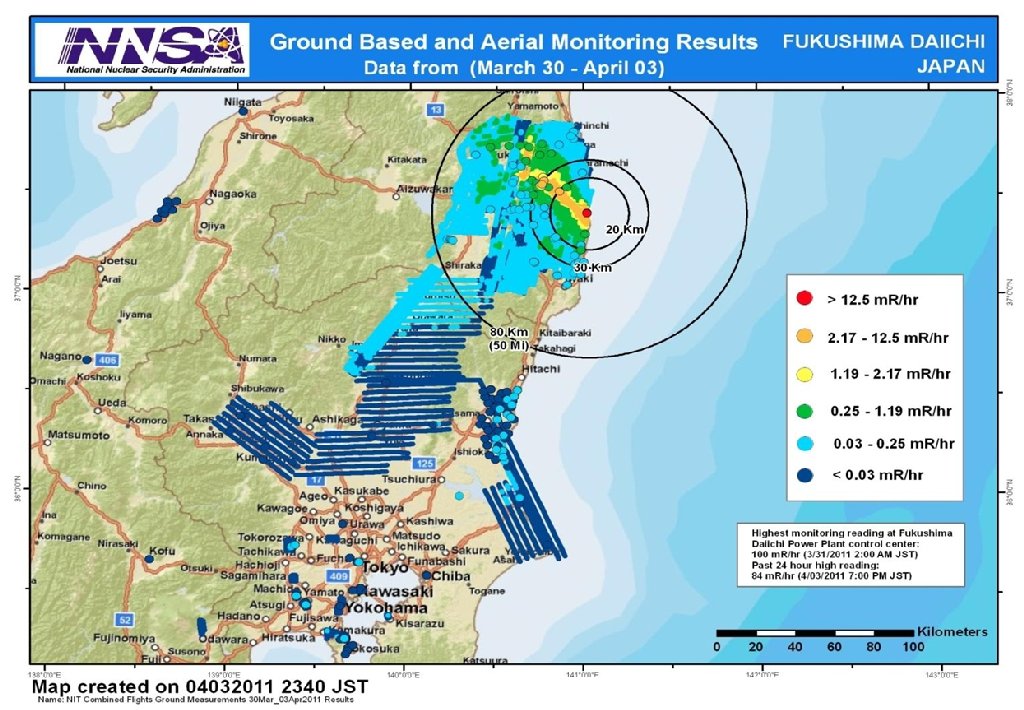 .....which may mean that he is a mnemonist, which makes him even more special.

If that is possible!

It's almost beyond imagining that he has learned scores as formidable as Rachmaninoff’s Second Piano Concerto and Beethoven's Hammerklavier Sonata by ear…Through all three rounds, he played with unfailing assurance, and his unforced, utterly natural Chopin E-Minor Piano Concerto was an oasis of loveliness." 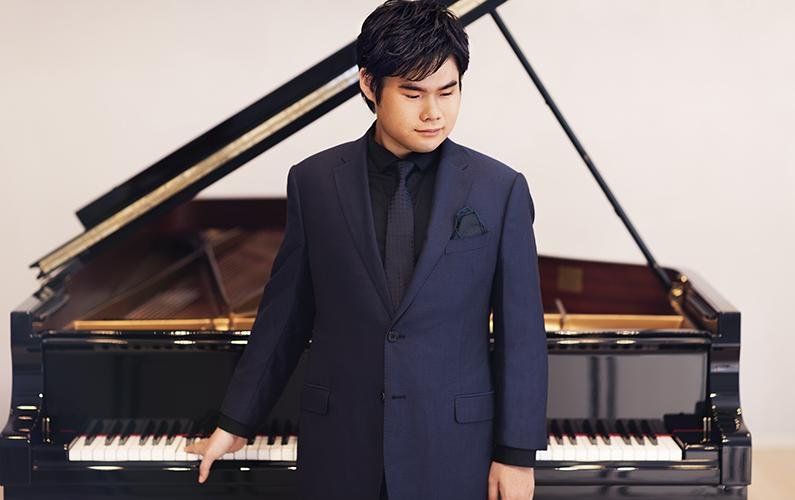 How he stays in time with an orchestra

In 2017, Australian Broadcasting Corporation reporter Monique Schafter posed this question to Tsujii: "How do you stay in time when you can't see the conductor?" The pianist replied:

"By listening to the conductor's breath and also sensing what's happening around me."

Nobody has picked up on this sentence but if you watch Tsujii, he swings his head and uses it as a sort of sensor.  He has never claimed blindsight, but he has gained sensory abilities above and beyond those of a sighted person. 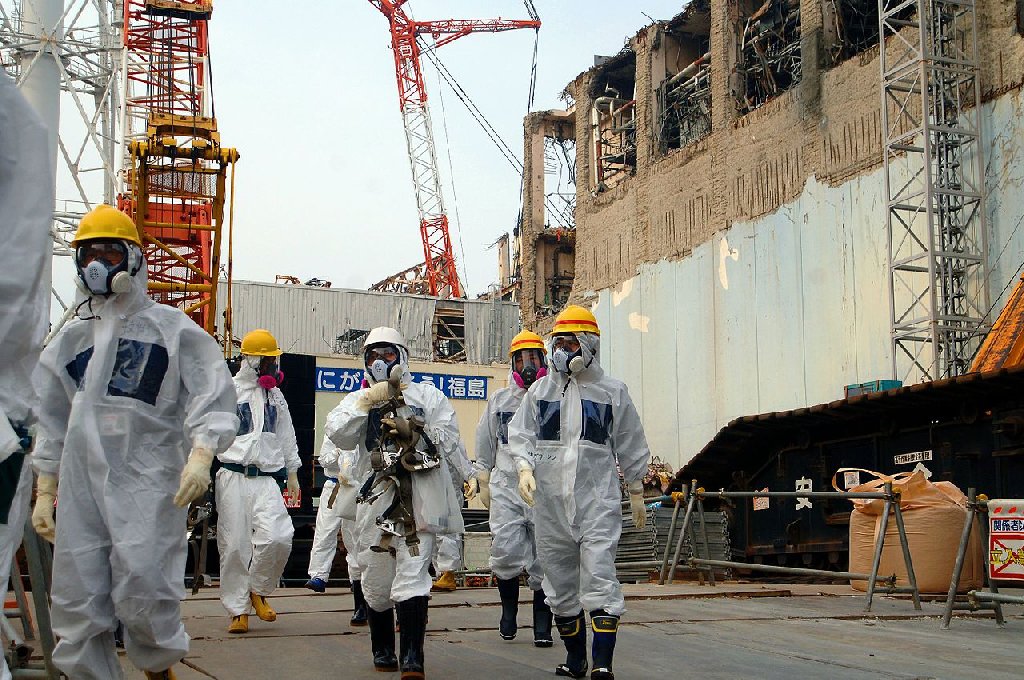 The spirituality of Nobuyuki Tsujii

In the documentary "A Surprise in Texas", Menahem Pressler, Cliburn juror and an 'eminent pianist', said:

I have the utmost admiration for (Nobuyuji Tsujii). God has taken his eyes, but given him the physical endowment and mental endowment to encompass the greatest works of piano. For him to play the Chopin concerto with such sweetness, gentleness and sincerity -- it's deeply touching. I had to keep from crying when I left the room.

God did not take his eyes.  Man and his stupidity and greed took his eyes.  Microphthalmia in newborns is caused sometimes by viruses, sometimes by toxins and heavy metals, and sometimes by radiation such as that caused by the Fukushima Daiichi nuclear disaster (福島第一原子力発電所事故? an energy accident at the Fukushima I Nuclear Power Plant in Fukushima, initiated primarily by the tsunami following the Tōhoku earthquake on 11 March 2011. 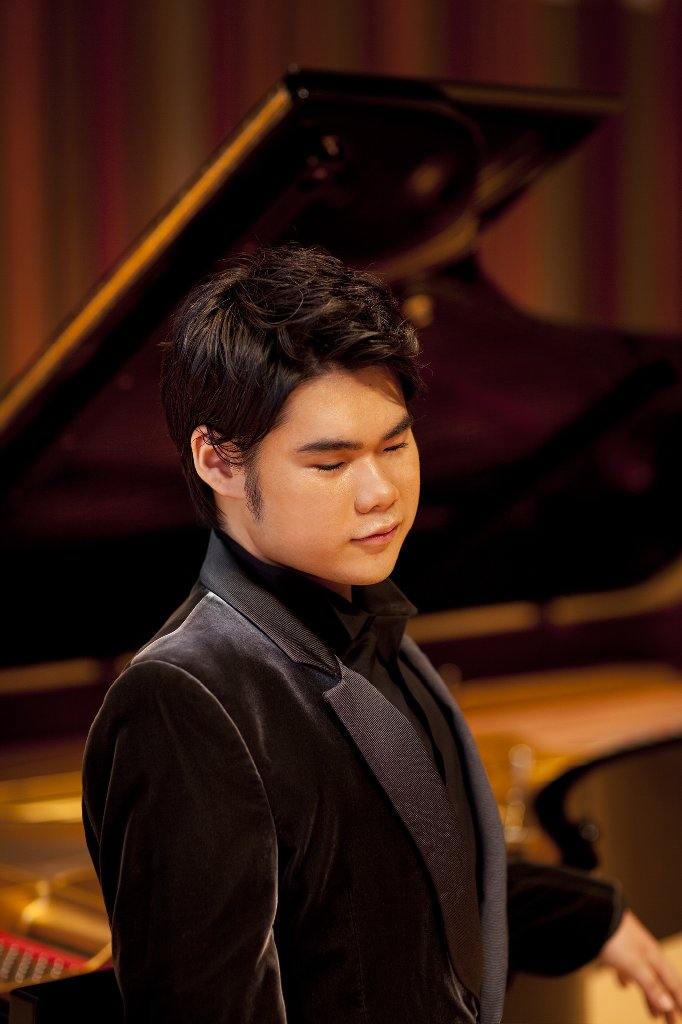 Immediately after the earthquake, the active reactors automatically shut down their sustained fission reactions. However, the tsunami disabled the emergency generators that would have provided power to control and operate the pumps necessary to cool the reactors. The insufficient cooling led to three nuclear meltdowns, hydrogen-air chemical explosions, and the release of radioactive material in Units 1, 2 and 3 from 12 March to 15 March. Loss of cooling also caused the pool for storing spent fuel from Reactor 4 to overheat on 15 March due to the decay heat from the fuel rods.

On 5 July 2012, the Fukushima Nuclear Accident Independent Investigation Commission (NAIIC) found that the causes of the accident had been foreseeable, and that the plant operator, Tokyo Electric Power Company (TEPCO), had failed to meet basic safety requirements such as risk assessment, preparing for containing collateral damage, and developing evacuation plans. On 12 October 2012, TEPCO admitted for the first time that it had failed to take necessary measures for fear of inviting lawsuits or protests against its nuclear plants.  The Fukushima disaster was the most significant nuclear incident since April 26, 1986 the Chernobyl disaster and the second disaster to be given the Level 7 event classification of the International Nuclear Event Scale.

Man took Tsujii's eyes, not in this accident, but in something equivalent; but God has given him music, and has put him in touch with something more sublime.  In an interview after the November 2011 Carnegie Hall debut recital of Tsujii, Van Cliburn said on TV Asahi,

What a thrill to hear this brilliant, very gifted, fabulous pianist. You feel God's presence in the room when he played. His soul is so pure. His music is so wonderful, and it goes to infinity to the highest heaven. 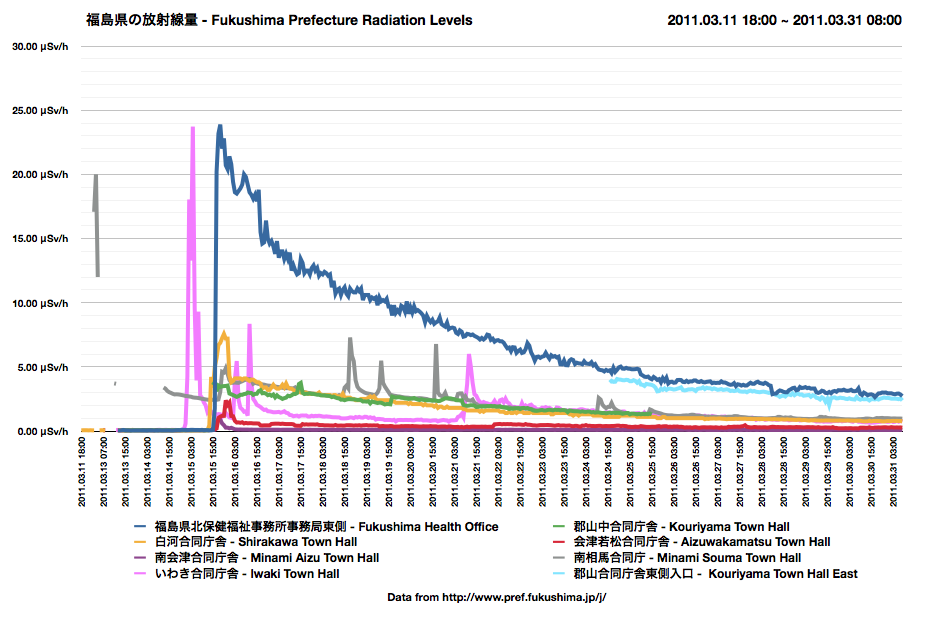 It is also worth adding that in addition to being a pianist, Nobuyuki Tsujii is a composer.

At age 12, he performed his own composition "Street Corner of Vienna." He has since released numerous albums of his own compositions. He is also a film music composer, and the 2011 recipient of the Japan Film Critics Award for Film Music Artist.

But the one most touching and most heart rending composition that he has written and performed is the "Elegy for the Victims of the Tsunami of March 11, 2011 in Japan".  When he played this piece at Carnegie Hall, he was visibly moved almost to tears. 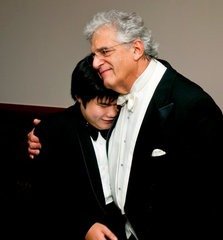 This is because, being a sensitive and wise soul, he knew that the disaster and its aftermath of deadly radiation will produce many more - just like him or with other defects or with cancer.

And for that we should all cry.

A 2014 film Touching the Sound, by Peter Rosen, documents Tsujii's life from birth to his 2011 Carnegie Hall debut, including footage of his visit to the region in Japan that suffered the devastating aftermath of the 2011 Tōhoku earthquake and tsunami.

Conductor Bramwell Tovey, who performed with Tsujii and the Sydney Symphony Orchestra at the Sydney Opera House in May 2017, made this comment:

"There are lots of pianists who find Chopin baffling. But he's found a way that almost simplifies it, without simplifying any of the technical difficulties, and I mean he makes light of the technical difficulties. He has just found a way to express all of those different emotions on the journey until in the end there's just this incredible feeling of for me, sunlight. I just love playing with him."