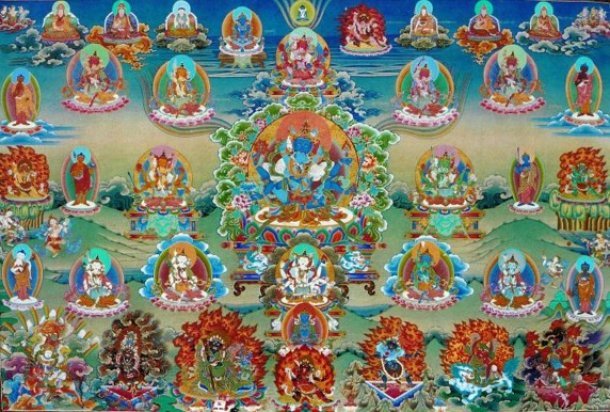 Although the name above is frequently used in the west, there is in fact no single composite text that is called ‘the Tibetan Book of the Dead’.   A group of texts which cover more than just what happens on ‘death’ has been given the English name  Profound Dharma of Self-Liberation through the Intention of the Peaceful and Wrathful Ones, and it is popularly known as Karma Lingpa's Peaceful and Wrathful Ones.

This collection of texts  has been handed down through the centuries in several versions containing varying numbers of sections and subsections, arranged in different orders.

These individual texts cover a wide range of subjects, including meditation instructions, visualisations exercises, liturgies and prayers, lists of mantras, and so on. A very good translation now exists in English, the reference to which is shown below. 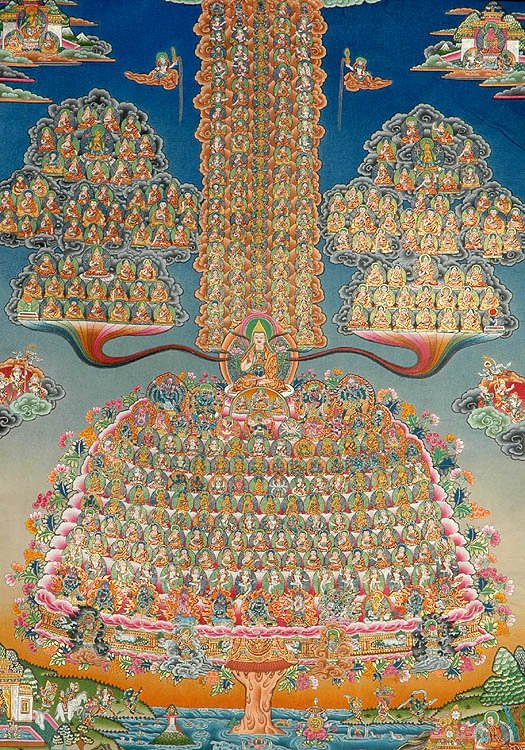 It has to be said that the text covers a mixture of extraordinarily useful and profound wisdom and hilarious throw backs to earlier times of superstition and lack of knowledge.  Some of the medical advice falls within this category, for example

if the roots of the teeth grow grimy and black, such a person should wear a goat's skin, face the sunrise and bleat three times like a goat [sic]

Desperate times involve desperate measures.  There is also some quite jolly advice, though with no rationale behind it at all, for example

when the eyes stare fixedly, one should prepare a bountiful religious feast on behalf of the monastic community and hold a party for a number of children equalling the subject's age in years.  One should also wear red clothing.

This would work.  Unless all these people kept coming up to you and saying 'do you know your eyes are all bulging' and 'red doesn't suit you, you look much nicer in blue'.

It is widely assumed that the text is used for funerals.  But one has to be a little careful here, because how it is used is dependent on whether you are on the spiritual path or not. 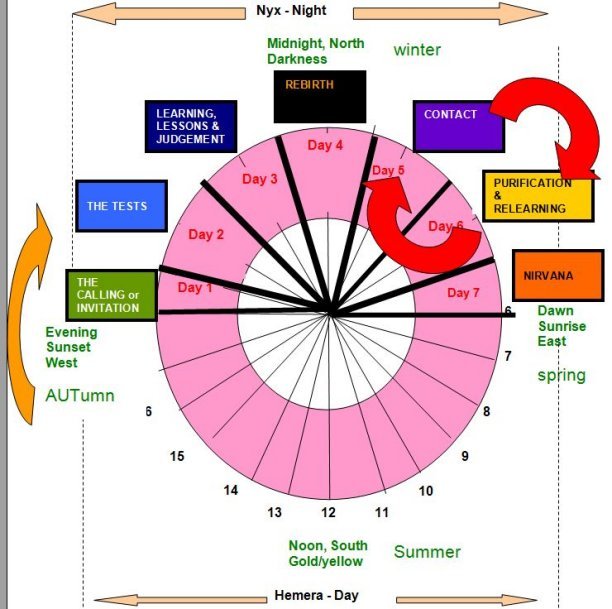 There are two paths that can be taken symbolically round this chart:

Taking the normal route, symbolically Dawn/Spring is birth, Noon/Summer is mid-life and Sunset/Autumn is old age and physical death, the end of life.  You then go through the ‘winter’ in disembodied form as your Higher spirit - and reincarnate with a new destiny and a new personality in ‘Spring’.  The wheel of life.  In this case the Tibetan Book of the Dead is used to help you with the passage from death to birth in the next cycle of incarnation -  in effect through the process of reincarnation.  The Night passage.

BUT if you are a mystic or a spiritual traveller you divide your life up slightly differently.  You are born [Spring/dawn], you go through a normal mid life [summer/noon], and get to an ‘Autumn’ stage.  But then the mystic traveller adds an extra stage to his life.  He undergoes in bodied form what he would have had to go through in death.  He or she goes through ‘Winter’ as a living person. It can be quite traumatic as one has to go through ‘the Dark Night of the Soul’ , but if you succeed you appear at dawn free of any need to be reincarnated.  You have achieved your destiny once and for all.

If you travel the spiritual path [and succeed] through to its absolute conclusion, then you unite at the end with your Higher spirit whilst you are still alive, in a three stage process that starts with Ecstasy and then proceeds through Moksha and Nirvana to a sort of process of Death in which you undergo Annihilation – you actually become your Higher spirit during life and thus become a ‘god’ in life.

In this case the Tibetan Book of the Dead is helping you with the stages of the spiritual path, and the diagram above shows just one of many possibilities that exist for describing these stages.  The Chemical Wedding of Christian Rosenkreuntz seeks to do this allegorically and the Rosary of the Philosophers [to give but two examples] describes the very last stages. 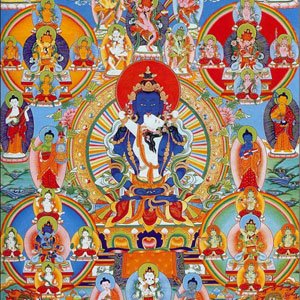 There is no one path, but it is extraordinarily helpful to have these guidebooks on hand to make sense of what is happening.  So the Tibetan Book of the Dead is a guidebook put together by those who have been through this and is thus a practical guidebook, not a theoretical one.

The interval between death and birth in Buddhist thought is known as the bardo.   And this gives the book its alternative name.

The ‘Tibetan Book of the Dead’ as we know it in English is an extract from all these texts and describes the experiences that the consciousness has ‘after death’. The text includes chapters on the ‘signs of death’, and rituals to undertake ‘when death is closing in’, or has taken place. The Liberation Through Hearing During The Intermediate State (bardo "liminality"; thodol "liberation"), is the specific section known or transliterated as Bardo Thodol.

Remembering that death maybe not death - see also the Tarot card for death.

The Bardo Thödol [Tibetan Book of the Dead] began by being a closed book, and so it has remained, no matter what kind of commentaries may be written upon it. For it is a book that will only open itself to spiritual understanding, and this is a capacity which no man is born with, but which he can only acquire through special training and special experience. It is good that such to all intents and purposes useless books exist. They are meant for those queer folk who no longer set much store by the uses, aims, and meaning of present-day civilisation.—Carl Gustav Jung