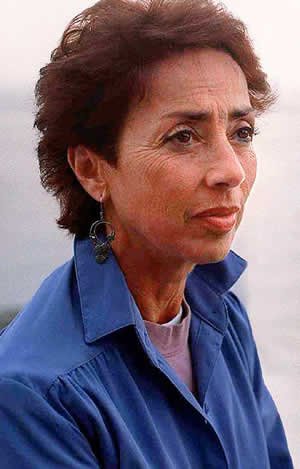 Claire Sylvia was a heart lung transplant patient, who wrote a book, 'A Change of Heart', about both her experiences and those of a number of other people who had gone through the same operation. She died on August 19th 2009, having lived a 'full and active life' for 21 years following the operation. Her teenage daughter Amara helped her through the trauma of the operation and Claire lived to become a grandmother to Zachary and Andrew as well as to marry again to her third husband Dan.

Claire was the 1st patient to receive a heart/lungs transplant at the Yale University hospital in New England, which had only just opened a new unit under Dr Baldwin. But what marked her operation was her will to live and that will appeared to have been conferred on her by the heart and lungs of the 18 year old boy who had died in a motorcycle accident.

Claire was Jewish and her grandparents on her mother's side were Russian escapees. She was brought up during the War in their apartment and learnt to speak Yiddish as well as English. Her time with them was very happy and she learnt to treat dreams seriously as well as how to interpret them. So as we can see she was predisposed to be open to any communication received. She was also open to new ideas and learnt meditation, studied yoga and was attracted to eastern cultures.

Her mother was volatile and unstable, but gifted musically, and this creative and emotional background helped Claire to become a professional dancer, dance teacher, and drama coach.

And this was despite being ill. She was born with a 'heart murmur', had great problems with breathing, had low energy levels and also suffered numerous bouts of illness, colds, coughs and 'flu. She was in essence a sickly child and became a sickly adult, who managed to overcome the difficulties both the heart problems and a serious kidney disease produced. It is also interesting to note that before the operation she suffered from migraines.

Up until the age of 45 she continued a full life of dance and drama. She married twice, had a number of boyfriends and thought she had conquered her problems. But at 45 she was diagnosed with primary pulmonary hypertension, a diagnosis that signalled rapid decline and a very early death.

By 47, she was dying. All this was not helped by her boyfriend of the time leaving her and a small number of 'friends' deserting her, unable to cope with the sight of seeing her dying before their very eyes. But other friends appeared and helped her until the call came to have the operation.

The operation was successful. Within a few days she was exercising on an exercise bike. Within about 4 weeks she was in a condominium especially designed as a sort of halfway house, which had its own care and support staff, but was outside the hospital environment. Four months after the transplant, she went home.

She noticed immediate changes in her overall approach to life, becoming more sensitive, more empathetic, and more forgiving. She felt things more deeply and had to avoid TV and radio. The world appeared somehow more violent and fragmented than it had before. But she lost all fear of death. Furthermore she had a new found belief in the rightness of the world as though it was evolving along predetermined lines – that there was a plan and that the 'universe was unfolding as it should'.

All these characteristics are now recognisable as those acquired by anyone who has undergone a truly profound spiritual 'awakening', such as the near death experience or rebirth.

But what became especially noticeable to her was that she had dreams of the person who had donated the organ and even managed to identify some aspects of him without knowing anything of who he was.

She, in some senses, became a sort of merge of his Higher spirit and hers. She became healthier [which was to be expected given that she had the heart of an 18 year old], but she also gained his zest for life and unbounded energy. Her migraines disappeared, she stopped getting colds and flu, she had an extraordinary amount of stamina.

She also, as you will see from the observations, acquired tastes and likes and dislikes, which were those of the 18 year old boy and not hers.

The Yale university hospital where she had received her heart and lungs operated a code of strict secrecy regarding the donor, to protect both the donor's relatives and the recipient. But Claire, through a process of both determined effort, but also a number of very fortuitous events, found out where her donor's family lived and with their agreement visited them. Her visit, without any prompting from her, served to confirm that what she had dreamt was in fact true.

“All my life I had been told that, despite the protests of poets and murmuring of mystics, the human heart is just a pump... according to this view, which is the accepted one in contemporary western medicine, the heart contains no feelings, and carries no wisdom, no knowledge and no memories ...I used to believe these things but today I know differently”