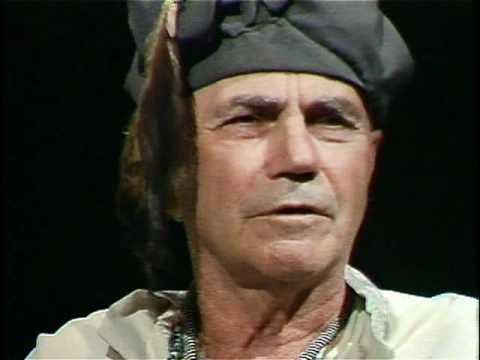 Rolling Thunder was an American born ‘Medicine Man’ – a healer principally but with other powers.

His birth name was John Walter Pope.  He was born on September 10, 1916 in Stamps, Arkansas and died January 23, 1997 (aged 80) in Elko, Nevada from complications associated with diabetes. He also suffered from emphysema in the later years of his life.

He was married twice, first to Spotted Fawn until her death in 1984 and then to Carmen Sun Rising until his death in 1997.  He had four children - Mala Spotted Eagle, Buffalo Horse, Ozella Morning Star and Patty Mocking Bird.  In 1975 he and his wife Spotted Fawn founded a non-profit community on 262 acres (1.06 km2) of land in north-eastern Nevada (just east of the town of Carlin) that they named Meta Tantay. It operated until 1985 one year after her death.

He is on the site because of the observations made by the two Menninger Foundation scientists Dr Elmer and Alyce Green.

Dr Green referred to Rolling Thunder as “a man of Cherokee blood, trained from boyhood to be a medicine man”. 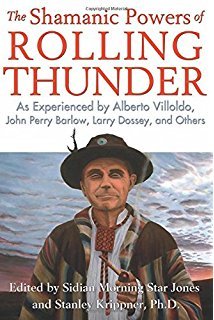 The first time I saw Rolling Thunder, he was standing at the window of the conference hall, gazing across the Kansas prairies. He wore a plaid flannel shirt, tan workman's pants, and an old straw hat with an eagle feather stuck upright in the hat band. When he turned around I was impressed by the quiet strength of his face. The faint squint of his eyes gave him a thoughtful look, the look of a man accustomed to peering into far places.

I joined him where he stood. Somehow a conversation started, and he told me something of how one becomes a medicine man.

If that is the destiny of the individual, it is known when one is born and the child is treated accordingly. When still very young, Rolling Thunder was sent from time to time to live with various medicine men. He would serve them, carry water and wood, and do other chores, and he was encouraged to listen as they sat long hours talking of spiritual things with the elders or with other medicine men. Sometimes he was allowed to watch or help in some small way as they did their medicine. He went alone into the mountains when he was thirteen to find his own individual identity. There he had his dream, a vision that led to his name, Rolling Thunder. He told something of the strictness of the training he had to undergo to learn the self-discipline necessary to handle the powers of a medicine man. As he talked I was struck again and again with similarities between the training of this American Indian to become a medicine man and the training of East Indian yogis.

The meeting with the Greens 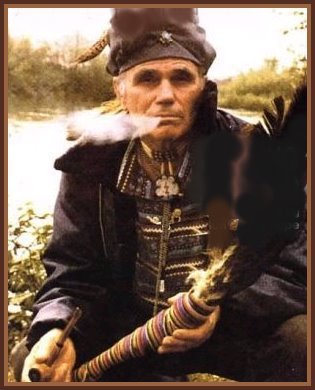 The Greens met Rolling Thunder at a conference in 1973, where both Dr Green and Rolling Thunder had been asked to speak.  The conference also had people like John Lilly and Stanislav Grof as speakers.  Interestingly the conference [the third held on this topic] was about trying to stop the reckless rush by those seeking spiritual experience into the use of drugs and other overload methods.  Even then the conference organisers were worried about the effects these far from benign methods would have on people’s health and also the inevitable backlash that might result – curtailing the funding on research in this area.

The third conference was organised by Dr Stanley Krippner and it was he who had invited Rolling Thunder.  Rolling Thunder said almost nothing during the first three days of the conference. He had not yet agreed to speak to the group. But he could be seen watching people keenly and listening thoughtfully as he stood at the edge of some discussion group.

Occasionally he would talk briefly with a small group of two or three people. By the end of the third day, Rolling Thunder had made his decision-he would speak to the conference and he also agreed to do a healing ceremony, which we have included as an observation. 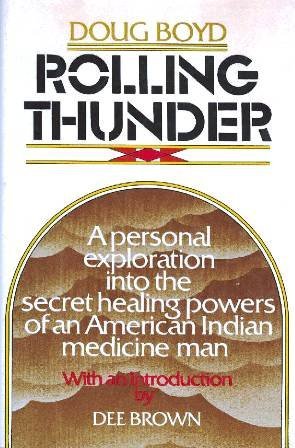 Rolling Thunder talked about the Great Spirit, the source of the medicine man's powers, and the one and only sovereign he answers to.

He spoke about nature and said that it is nature's law that keeps all things in balance so that everything that is done must in time bring its just results, good or bad.

In a very moving way, Rolling Thunder expressed the belief that the Native Americans, the traditional Indians, are the caretakers of our land and that the Indian tradition can teach us not only how properly to use its great gifts but also how to nurture it.

When Rolling Thunder had finished what he wanted to say, he looked out at the audience again for a long silent moment, then said, "Thank you." He answered a few questions and went to his cabin……

Our brief contact with Rolling Thunder at the conference aroused our curiosity. He and Swami Rama were strikingly different personalities, but we were keenly aware of certain basic similarities in their concepts of Nature and Spirit and man's relation to them.


In the end the Greens never got the chance to work with Rolling Thunder in the laboratory, but they did make contact with Doug Boyd, Rolling Thunder’s biographer and a number of key points of belief emerged from the talks they had with him. We have provided these as an observation, as the unity and constancy of the metaphysical aspects of mystic and shamanic peoples world-wide cannot be better demonstrated than by this simple 10 point list.

John Pope has been the subject of several books, notably

"So if the doctor doesn't understand what's going on, what the problem really is, and if he then gives some chemicals so the man won't feel anything, or if he finds some troubled part of the body and cuts it off and throws it in the trash, it's probably all unnecessary, and it certainly isn't healing"----Rolling Thunder