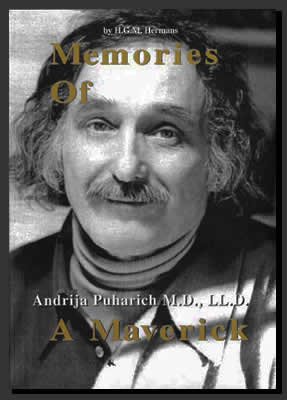 Andrija was a clever man and multi-talented. The son of poor Yugoslav immigrants, his father had entered the U. S. in 1912 as a stowaway. Despite this, in 1947, Andrija graduated from the Northwestern University School of Medicine and completed his residency at Permanente Hospital in California, where he specialized in Internal Medicine.

Puharich was a U.S. Army officer in the early 1950s. During that time, he was part of Edgewood Arsenal Research Laboratories 'liaising with Pentagon, CIA, and Naval Intelligence officials'.

Puharich was also a prolific inventor. Two of the most famous of Puharich's over 50 patents were devices that assist hearing - the "Means For Aiding Hearing" U.S. Patent 2,995,633 and "Method And Apparatus For Improving Neural Performance In Human Subjects By Electrotherapy" U.S. Patent 3,563,246". He was also granted a U.S. Patent 4,394,230 in 1983 for a "Method and Apparatus for Splitting Water Molecules." 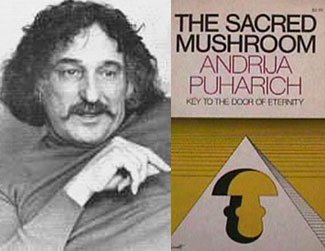 What is fascinating however, is that despite this apparent left brain ability, Puharich became interested in spiritual research when he had his own experiences [one of which I have included]. He spent some time investigating the effects of so called 'magic mushrooms' principally amanita muscaria and their use in shamanic societies, but his research did not end there. The research he did was based on trying to rationally and logically deduce what was happening and why it was happening to people who could, for example, go out of body or affect the environment. The objective was to try to invent a mechanism that was repeatable, predictable in its results and could be used by everyone – spiritual experience for all.

Some of his research included studying the influence of extremely low frequency ELF electromagnetic wave emissions on the mind, and he invented several devices both blocking or converting ELF waves. In effect he was well aware that ELF sound or EM radiation can affect the mind and provide [often negative] experiences. Puharich had a fascination for Tesla's work and investigated his findings in essays such as Effects of Tesla's Life and Electrical Inventions, Tesla's Magnifying Transmitter and then the two separate books Magnetic Model of Matter and ELF Magnetic Model Of Matter And Mind. I think you can see from this where his research was taking him and it was not in the direction of mushrooms. He was also aware that his findings could be used to harm and not help. 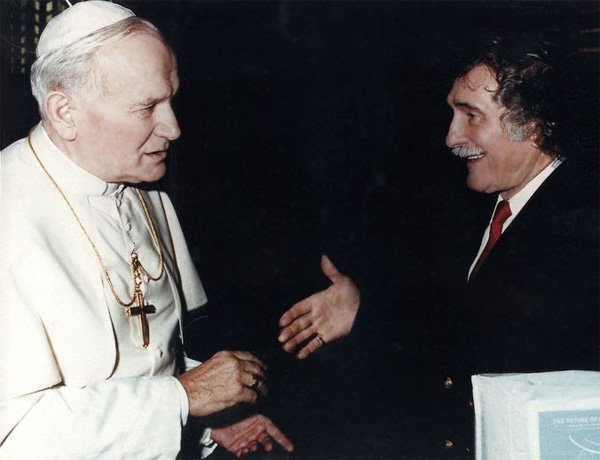 He was also interested in people who appeared to have been born with special abilities. To this end he invited Israeli Uri Geller and Dutch-born Peter Hurkos (1911-1988) to the United States for scientific investigation as well as the Brazilian 'psychic' surgeon Zé Arigó. Puharich eventually wrote a supportive biography of Uri Geller, whose abilities he investigated with the help of Itzhak Bentov. He, of course had an uphill struggle trying to convince the scientific community of the validity of his work, but he applied scientific methods to investigations of “what were their startling and often unpredictable and elusive skills or abilities”.

His books make for very interesting reading, principally because he is skeptical himself and very wary of the claims made. He was aware that there are magicians and magicians! One of his books The Sacred Mushroom, Key to the Door of Eternity, describes both the use of mushrooms as a 'door opener' but also his work with people with these special skills.