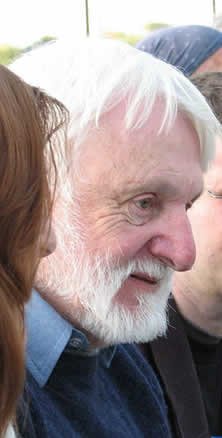 Pirsig comes across in his books as a gentle quiet man.  He has been described as “solitary and reclusive”, travelling around the Atlantic Ocean by boat, and “residing in Norway, Sweden, Belgium, Ireland and  England”.

Pirsig suffered a nervous breakdown and spent time in and out of psychiatric hospitals between 1961 and 1963. He was treated with ECT on numerous occasions, which he himself talks about in his autobiographical book Zen and the Art of Motorcycle Maintenance.

Whether it was the nervous breakdown or the ECT treatment that tipped him over the brink into spirituality and inspiration we cannot say.

If you look at the description of the Brain and its functions, you will see that some people can be born very ‘left’ brained – extremely clever, but not ‘balanced’.  It can lead to over powering depression – extreme unhappiness and isolation.

I think Pirsig was one of these people.  He says that he was ‘an outsider who seemed more interested in attacking what was being taught than learning from it’ and that he had a ‘hyperactive mind’.  There is every reason to believe that Pirsig was a ‘depressive’ in the sense of a manic depressive without the joy of the mania!

He was posted to Korea [in the Army] at one stage and appears to have had a sudden moment where the right brain kicked in, an opening into another world. 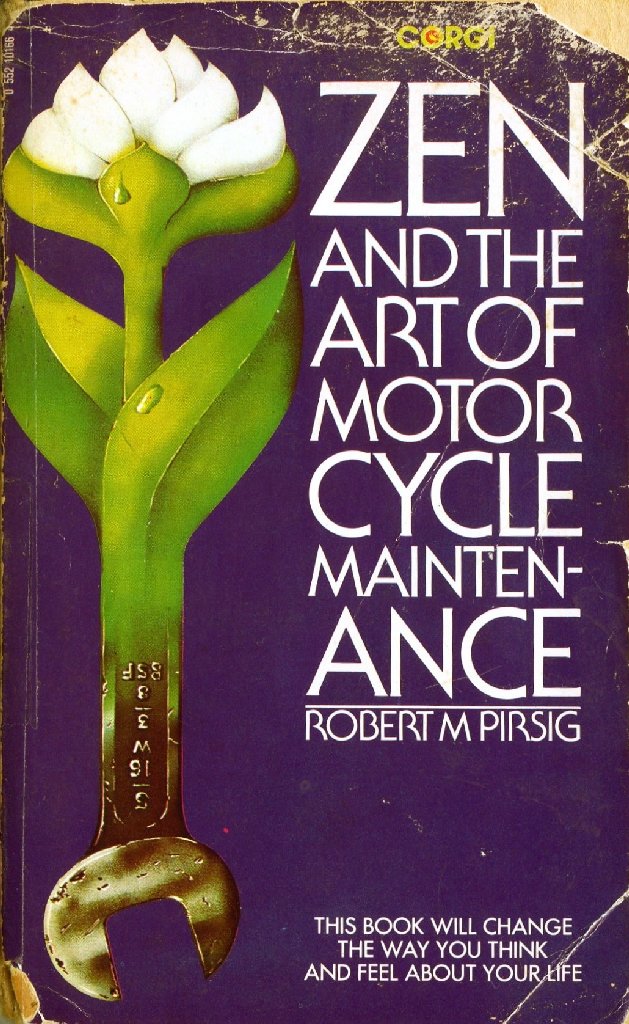 Zen and the Art of Motorcycle Maintenance.
His letters from Korea are radically different from his earlier writing, indicating this same turning point. They just explode with emotion. He writes page after page about tiny details of things he sees: marketplaces, shops with sliding glass doors, slate roofs, roads, thatched huts, everything.  Sometimes full of wild enthusiasm, sometimes depressed, sometimes angry, sometimes even humorous, he is like someone or some creature that has found an exit from a cage he did not even know was around him, and is wildly roaming over the countryside visually devouring everything in sight.

So he became, very temporarily, ‘manic’.  What is extraordinarily sad, however, is that this was his only manic phase.  On returning, he enters university to do philosophy, and he is back to the depressive side of intellect ‘he had had the feeling of escape from a prison of intellect, and now this was just more of the prison again’.

He refers to himself before the treatment as Phaedrus, Phaedrus is Greek and means ‘brilliant’, so intellectually brilliant, which he was, but not terribly empathetic ‘Phaedrus was dominated by intellectual values.  He didn’t give a damn who liked or didn’t like him.  He was single-mindedly pursuing a truth he felt was of staggering importance to the world’  ………….

Zen and the Art of Motorcycle Maintenance.
It is within this context that what Phaedrus thought and said is significant. But no one was listening at that time and they only thought him eccentric at first, then undesirable, then slightly mad, and then genuinely insane.
There seems little doubt that he was insane, but much of his writing at the time indicates that what was driving him insane was this hostile opinion of him. Unusual behaviour tends to produce estrangement in others which tends to further the unusual behaviour and thus the estrangement in self-stoking cycles until some sort of climax is reached. In Phaedrus' case there was a court-ordered police arrest and permanent removal from society.

He was committed to an asylum and received ECT....

Zen and the Art of Motorcycle Maintenance.
He was dead. Destroyed by order of the court, enforced by the transmission of high-voltage alternating current through the lobes of his brain. Approximately 800 mills of amperage at durations of 0.5 to 1.5 seconds had been applied on twenty-eight consecutive occasions, in a process known technologically as "Annihilation ECS."
A whole personality had been liquidated without a trace in a technologically faultless act that has defined our relationship ever since. I have never met him. Never will.
And yet strange wisps of his memory suddenly match and fit this road and desert bluffs and white-hot sand all around us and there is a bizarre concurrence and then I know he has seen all of this. He was here, otherwise I would not know it.
He had to be. And in seeing these sudden coalescences of vision and in recall of some strange fragment of thought whose origin I have no idea of, I'm like a clairvoyant, a spirit medium receiving messages from another world. That is how it is. I see things with my own eyes, and I see things with his eyes too. He once owned them.
These EYES! That is the terror of it. These gloved hands I now look at, steering the motorcycle down the road, were once his! And if you can understand the feeling that comes from that, then you can understand real fear - the fear that comes from knowing there is nowhere you can possibly run. 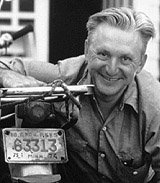 But however cruel, however brutal we may feel the treatment was, it balanced him.  He retained the intellect, but was balanced by suddenly gaining access to his right brain too and from this he gained inspiration and from inspiration he wrote the book we now know of a Zen and the Art of Motorcycle Maintenance.
And here we have his right brain talking…………………….

Zen and the Art of Motorcycle Maintenance.
We're in a beautiful old wooden room of a hotel. The sun is shining on the dark wood through the window shade, but even with the shade drawn I can sense that we’re near mountains.
There's mountain air in this room. It's cool and moist and almost fragrant. One deep breath makes me ready for the next one and then the next one and with each deep breath I feel a little readier until I jump out of bed and pull up the shade and let all that sunlight in - brilliant, cool, bright, sharp and clear.
An urge grows to go over and push Chris [his son] up and down to bounce him awake to see all this, but out of kindness, or respect maybe, he is allowed to sleep a while longer, and so with razor and soap I go to a common washroom at the other end of a long corridor of the same dark wood, floorboards creaking all the way.
In the washroom the hot water is steaming and perking in the pipes, too hot at first for shaving, but fine after I mix it with cold water.

Right brainers will be ecstatic over this passage – right up their street [right up my street too] . 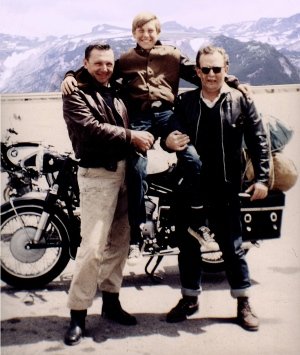 He has rediscovered joy and found beauty.

We are apt to look on spiritual experience as simply hallucinations or visions or out of body experiences – the very life blood of the right brainer; but inspiration and wisdom are two inputs that often get overlooked.  And an appreciation of beauty… and peace.

The true genius is a balanced genius.

Pirsig's publisher's recommendation to his Board ended, "This book is brilliant beyond belief, it is probably a work of genius, and will, I'll wager, attain classic stature." Pirsig noted in an early interview, that Zen was rejected 121 times before being accepted by William Morrow Publishers.