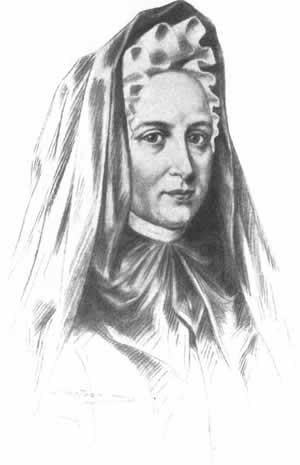 Jeanne-Marie Bouvier de la Motte-Guyon (commonly known as Madame Guyon) (1648 – 91717) was a French mystic and one of the key advocates of 'Quietism'. Quietism was considered heretical by the Roman Catholic Church, and she was imprisoned from 1695 to 1703 after publishing a book on the topic, A Short and Easy Method of Prayer.

“Quietism” advocated the use of contemplation and detachment as a method in preference to other more active forms of religious 'worship'. In effect, Madame Guyon was more interested in obtaining direct spiritual experience, than she was in perusing the rules and doctrines of the church, and performing 'pious actions' – so working to keep the Institution of the church going by doing good works that brought in money to the church. So she was at odds with her employer and her employer wanted her to earn her keep, whereas she wanted “spiritual growth and union with God - one in which there existed the possibility of achieving a sinless state and union with the Christian Godhead”. So she was aiming for the mystic marriage and eventual annihilation.

Guyon was the daughter of Claude Bouvier, a procurator of the tribunal of Montargis, south of Paris and east of Orléans. Of a sensitive and delicate constitution, she was sickly in her childhood and her education was neglected. She was also diagnosed with epilepsy at a young age.

In 1664, when she was 16 years old, she married a wealthy gentleman of Montargis, Jacques Guyon, aged thirty eight. During her twelve years of marriage, Guyon suffered terribly at the hands of her mother-in-law and maidservant. Adding to her misery were the deaths of her half-sister, followed by her mother, and her son. Her daughter and father then died within days of each other in July 1672. Guyon bore another son and daughter shortly before her husband's death in 1676. After twelve years of an unhappy marriage (in which she had borne five children, of whom three had survived), Madame Guyon had become a widow at the age of 28. So given all this I think we can see why she turned to mysticism. 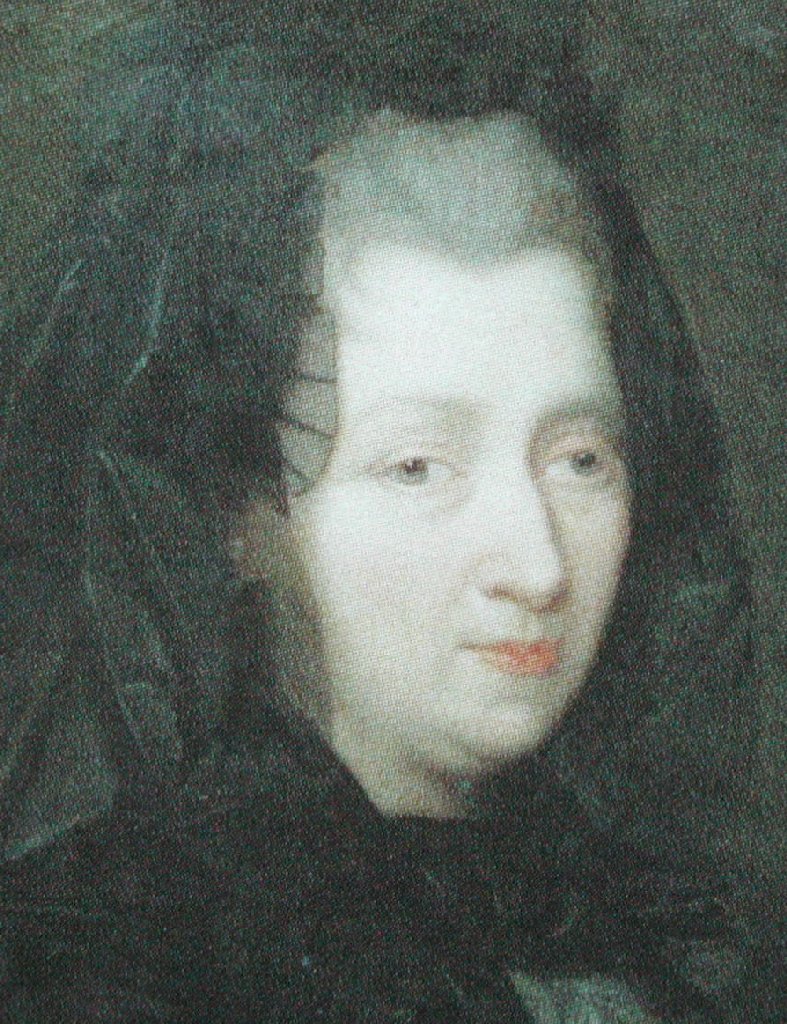 During her marriage, Guyon became introduced to mysticism by Fr. François La Combe, a Barnabite, and was instructed by him. After her husband's death, she initially lived quietly as a wealthy widow in Montargis. In 1679, she re-established contact with François La Combe.

She had three major spiritual experiences. After the third experience in 1680, she felt herself drawn to Geneva. The Bishop of Geneva persuaded her to use her money to set up a house for “new Catholics” in Gex. But the project was not a success. Madame Guyon clashed with the sisters who were in charge of the house and the Bishop of Geneva sent for Father La Combe.

After he arrived, Guyon introduced La Combe to her form of contemplation and detachment. In consequence of the effects her mystical ideas produced, however, the Bishop of Geneva asked her to leave his diocese, and at the same time expelled Father Lacombe. Madame Guyon followed LaCombe to Turin, then returned to France , where she spread her doctrine more widely with the publication of "Moyen court et facile de faire oraison" in January, 1685. Not long after she was expelled by the Bishop of Grenoble.

In July the following year she and La Combe returned to Paris. The timing was ill-chosen; Louis XIV, who had recently been exerting himself to have the Quietism of Molinos condemned at Rome, was not at all pleased to see it reappear in the teaching of Madame Guyon. By his order Father Lacombe was shut up in the Bastille. The arrest of Madame Guyon, delayed by illness, followed on 29 January 1688. She was not released until seven months later, and only after she had placed a retraction of the propositions which her book contained into the hands of the theologians. 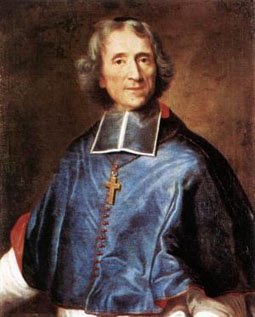 But on her release she met François Fénelon, who was to be the most famous of her disciples. Through Fénelon the influence of Madame Guyon penetrated, or was increased in, religious circles powerful at court. The culmination was when Fénelon was appointed in 1688 as the tutor to the Duke of Burgundy, the king's grandson.

Before long, however, the Bishop of Chartres, stepped in and the consequence was that Madame Guyon, roundly condemned, defended herself by asking for an examination of her conduct and her writings by civil and ecclesiastical judges. The king consented.

Initially things seemed to be going well. The commissioners presented in thirty-four articles the principles of Catholic teaching as to spirituality and the interior life. But in 1694, the Archbishop of Paris, who had been excluded from the commission, condemned all her published works. She, fearing another arrest, took flight to Meaux, but on returning to Paris in December 1695, the police arrested her and imprisoned her in the Bastille.

Defeated and ill, she again signed a retraction of her theories and an undertaking to refrain from further spreading them. From that time she took no part in public discussions, but the controversy about her ideas only grew all the more heated.

Madame Guyon remained imprisoned in the Bastille until 21 March 1703, when she went, after more than seven years of captivity, to live with her son in a village in the Diocese of Blois. There she passed some fifteen years in silence and isolation, spending her time writing poetry. She died, aged 68 in Blois.

Ultimately what set Madame Guyon in direct opposition to the church is her belief that spiritual experience and access to heaven is not determined by being 'good'. Being 'good' was dependent on there being some man made moral rules to judge goodness by, and if they were man made they made no difference to spiritual experience. She wrote

…the righteous, supported by the great number of works of righteousness he presumes to have done, seems to hold his salvation in his own hands, and regards heaven as the recompense due to his merits.… His Saviour is, for him, almost useless.  These 'righteous persons' expect God to deliver and save them as payment for their good works.
In contrast to the self–sufficient, righteous egoists, the 'sinners' who have selflessly submitted to God are carried swiftly by the wings of love and confidence into the arms of their Saviour, who gives them gratuitously what He has infinitely merited for them. God's bounties are effects of His will, and not the fruits of our merits.”


So you don't get browny points for adhering to the rules of a religion in the spiritual world, you get them for understanding what you were put on earth for – knowing your destiny.

Her published works, the Moyen Court and the Règles des associées à l'Enfance de Jésus, were both placed on the Index Librorum Prohibitorum in 1688. Fénelon's Maximes des saints was also branded with the condemnation of both the Pope and the bishops of France. Ironically, Madame Guyon's most devout disciples after her death were to be found among the Protestants and especially the Quakers.

Madame Guyon's prison autobiography was thought to have been lost to history, perhaps destroyed by Louis XIV or his agents in the prison hierarchy or by the church itself. However, in 1992 Marie-Louis Gondal published the first French edition of the handwritten prison memoirs in: "Récits de captivité". This prison autobiography is now available in English for the very first time in: "Bastille Witness: The Prison Autobiography of Madame Guyon" from Nancy C. James, and Sharon Dahlgren Voros, a professor of French at the US Naval Academy.