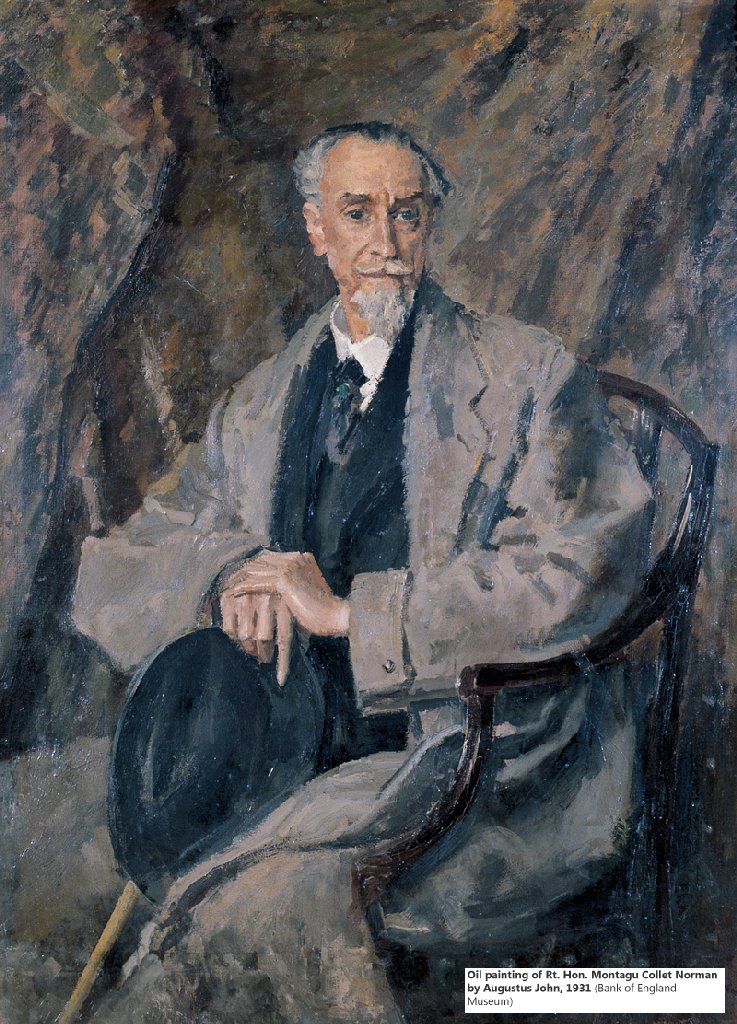 Norman led the bank during the harshest period in British economic history.

He was “noted for his somewhat raffish and arty appearance”.

He came from a banking family.  His mother Lina Susan Penelope Collet, was the daughter of Sir Mark Wilks Collet, 1st Baronet, himself a Bank of England Governor from 1887 to 1889. And Montagu's brother Ronald Collet Norman and his nephew Mark Norman became leading bankers. 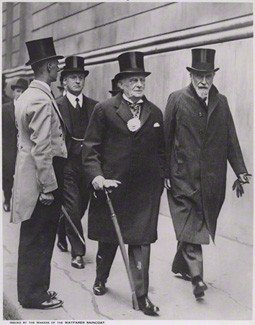 In 1878, the St Clere estate was sold to Mark Wilks Collet.  After his death, his son Sir Mark Edelman Collet renovated the house, but he left in 1935 to live abroad and the property passed to his nephew - Montagu Collet Norman.  Thus when he became Lord Norman, his full title included the house name and the town Lord Norman of Kemsing.

Montagu Norman was educated at Eton and spent one year at King's College, Cambridge. He also joined the 4th Bedfordshire and Hertfordshire militia in 1894 and served in the Second Boer War. He was awarded the Distinguished Service Order in 1901.

He became a director of the Bank of England in 1907 and during World War I he was a financial advisor to government departments. He was appointed Deputy Governor in 1917 and he became Governor in 1920. Under Norman, the bank underwent significant change. In 1931 the United Kingdom permanently abandoned the gold standard, at which point the bank's foreign exchange and gold reserves were transferred to the British Treasury.

There are some dubious and somewhat unfortunate aspects to Lord Norman’s past, which we will not dwell on because the main reason he is on the site is because he could lucid dream and appears to have also combined lucid dreams with OBEs.

Quite frankly, if a Governor of the Bank of England can have out-of-body experiences anyone can.

Lord Norman died at his home in Campden Hill, London, in 1950 following a stroke. Norman had no children himself and his barony became extinct on his death. 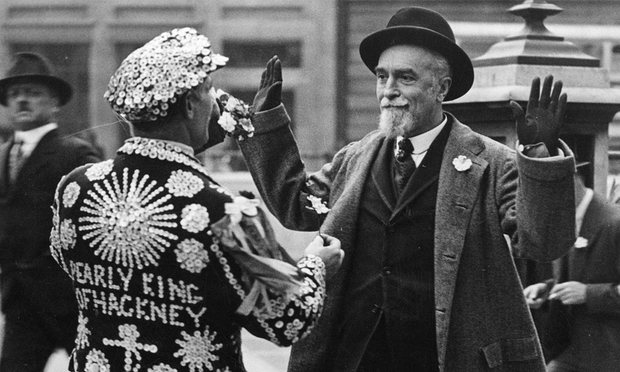