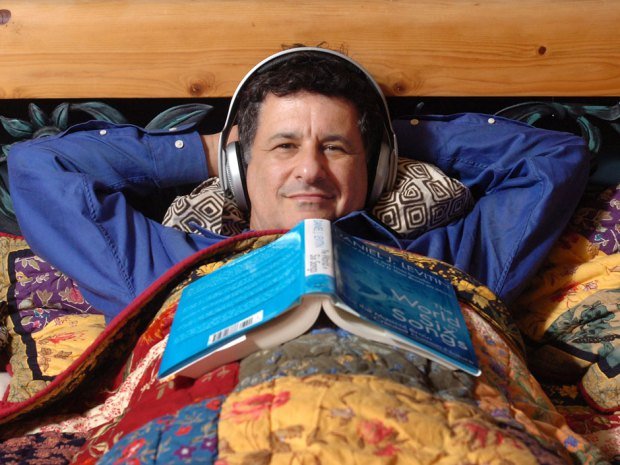 He is James McGill Professor of psychology and behavioral neuroscience at McGill University in Montreal, Quebec, Canada, with additional appointments in music theory, computer science, and education; Director of the Laboratory for Music Perception, Cognition and Expertise at McGill, and Dean of Arts and Humanities at The Minerva Schools at KGI. From September 2006 to April 2007 he served as a weekly commentator on the CBC Radio One show Freestyle, and he has appeared frequently as a guest commentator on NPR. 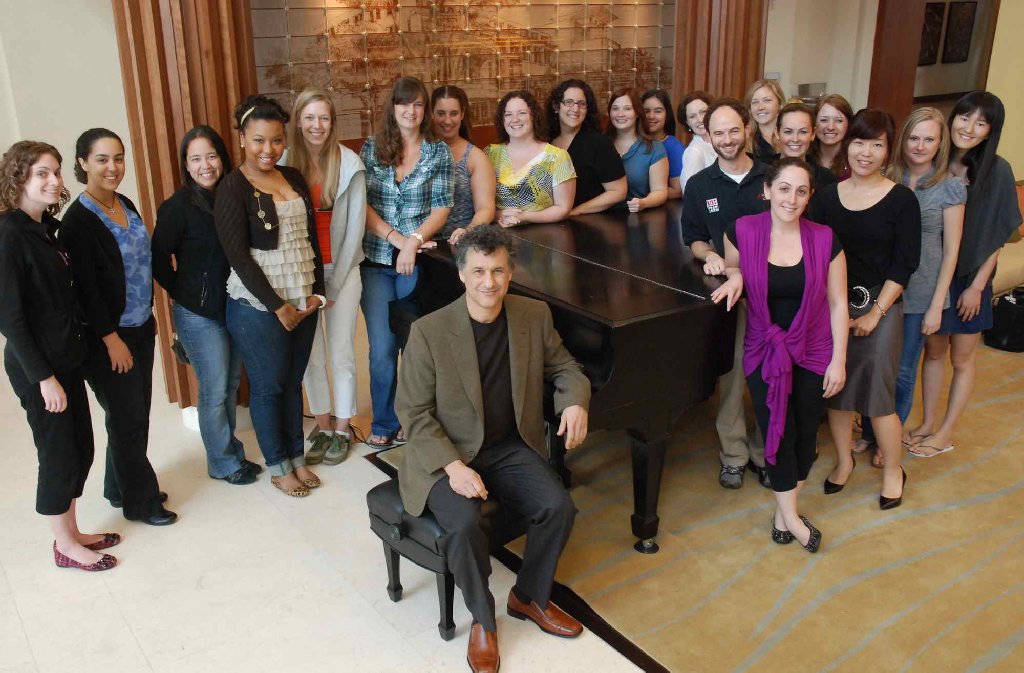 Levitin is known for his scientific articles on absolute pitch, music cognition and neuroscience. He is the author of three popular books, This Is Your Brain on Music: The Science of a Human Obsession, (2006);  The World in Six Songs: How the Musical Brain Created Human Nature (2008) and The Organized Mind: Thinking Straight in the Age of Information Overload (2014). He is a Fellow of the American Association for the Advancement of Science, the Association for Psychological Science and the Royal Society of Canada.

Levitin worked as a producer and sound designer on albums by Blue Öyster Cult, Chris Isaak, Jonathan Richman and Joe Satriani among others; as a consultant on albums by artists including Steely Dan, Stevie Wonder and Michael Brook; and as a recording engineer for Santana and The Grateful Dead.   Records and CDs to which he has contributed have sold in excess of 30 million copies. 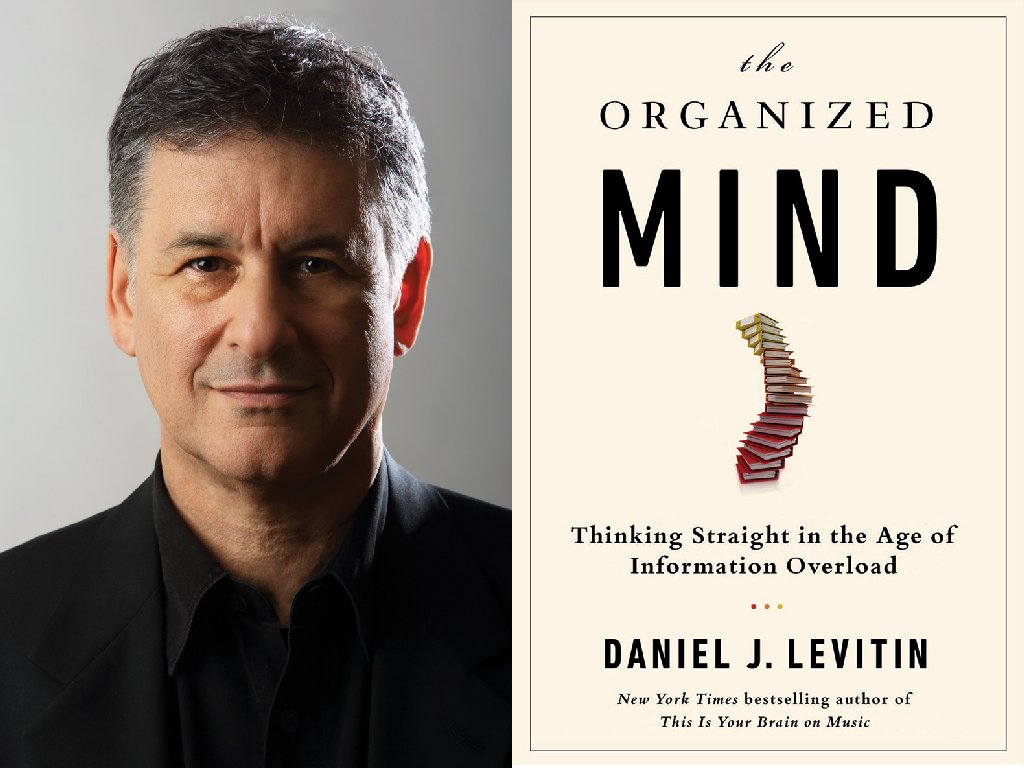 Born in San Francisco to a Jewish family, the son of Lloyd Levitin, a businessman and professor, and Sonia Levitin, a novelist, Levitin was raised in Daly City, Moraga and Palos Verdes, California.

He studied electrical engineering at the Massachusetts Institute of Technology and music at the Berklee College of Music before dropping out of college to join a succession of bands. He returned to school in his thirties, studying cognitive psychology/cognitive science first at Stanford University (he received his B.A. in 1992 with honors and highest university distinction) and then the University of Oregon where he received his MSc (1993) and PhD (1996).

I will now let him take up the narrative. 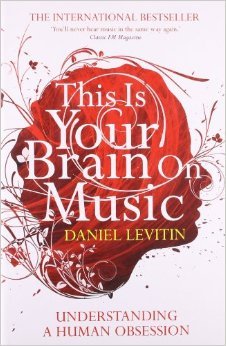 Professor Daniel Levitin – This is your brain on music

In the summer of 1969, when I was eleven, I bought a stereo system at the local hi-fi shop. It cost all of the hundred dollars I had earned weeding neighbors' gardens that spring at seventy-five cents an hour.  I spent long afternoons in my room, listening to records: Cream, the Rolling Stones, Chicago, Simon and Garfunkel, Bizet, Tchaikovsky, George Shearing, and the saxophonist Boots Randolph. I didn't listen particularly loud, at least not compared to my college days when I actually set my loudspeakers on fire by cranking up the volume too high, but the noise was evidently too much for my parents. My mother is a novelist: she wrote every day in the den just down the hall and played the piano for an hour every night before dinner. My father was a businessman; he worked eighty-hour weeks, forty of those hours in his office at home on evenings and weekends. Being the businessman that he was, my father made me a proposition: He would buy me a pair of headphones if I would promise to use them when he was home. Those headphones forever changed the way I listened to music.

The new artists that I was listening to were all exploring stereo mixing for the first time. Because the speakers that came with my hundred-dollar all-in-one stereo system weren't very good, I had never before heard the depth that I could hear in the headphones-the placement of instruments both in the left-right field and in the front-back (reverberant) space. To me. records were no longer just about the songs anymore, but about the sound. Headphones opened up a world of sonic colors, a palette of nuances and details that went far beyond the chords and melody, the lyrics, or a particular singer's voice. The swampy Deep South ambience of "Green River" by Creedence, or the pastoral, open-space beauty- of the Beatles' "Mother Nature's Son"; the oboes in Beethoven’s Sixth (conducted by Karajan), faint and drenched in the atmosphere of a large wood-and-stone church; the sound was an enveloping experience.

Headphones also made the music more personal for me; it was suddenly coming from inside my head, not out there in the world. This personal connection is ultimately what drove me to become a recording engineer and producer.  Many years later, Paul Simon told me that the sound is always what he was after too. "The way that I listen to my own records is for the sound of them; not the chords or the lyrics-my first impression is of the overall sound."

I dropped out of college after the incident with the speakers in my dorm room, and I joined a rock band. We got good enough to record at a twenty-four-track studio in California with a talented engineer, Mark Needham….. The band became moderately well known in San Francisco, and our tapes played on local rock radio stations. When the band broke up-due to the guitarist's frequent suicide attempts and the vocalist's nasty habit of inhaling nitrous oxide and cutting himself with razor blades-I found myself a producer of other bands……….

Some of the engineers let me sit in on their sessions with other artists, such as Heart, Journey, Santana, Whitney Houston, and Aretha Franklin. I got a lifetime of education watching them interact with the artists, talking about subtle nuances in how a guitar part was articulated or how a vocal performance had been delivered. They would talk about syllables in a lyric, and choose among ten different performances. They could hear so well; how did they train their ears to hear things that mere mortals couldn't?......I spent over a decade producing records in California; I was eventually lucky enough to be able to work with marry well-known musicians. But I also worked with dozens of .. people who are extremely talented but never made it. I began to wonder why some musicians become household names while others languish in obscurity. I also wondered why music seemed to come so easily to some and not others. Where does creativity come from? Why do some songs move us so and others leave us cold? And what about the role of perception in all of this, the uncanny ability of great musicians and engineers to hear nuances that most of us don't?

And it is this wondering that led him back to his studies and eventually the books were the results of the study. 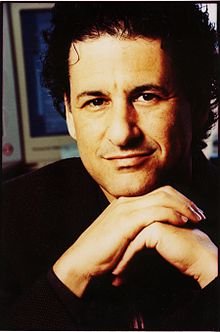 One mystery has still not been solved: the mystery of the human mind and how it gives rise to thoughts and feelings, hopes and desires, love, and the experience of beauty, not to mention dance, visual art, literature, and music.

What is music? Where does it come from? Why do some sequences of sounds move us so, while others-such as dogs barking or cars screeching-make many people uncomfortable? For some of us, these questions occupy a large part of our life's work. For others, the idea of picking music apart in this way seems tantamount to studying the chemical structure in a Goya canvas, at the expense of seeing the art that the painter was trying to produce.

….For the artist, the goal of the painting or musical composition is not to convey literal truth, but an aspect of a universal truth that if successful, will continue to move and to touch people even as contexts, societies, and cultures change.