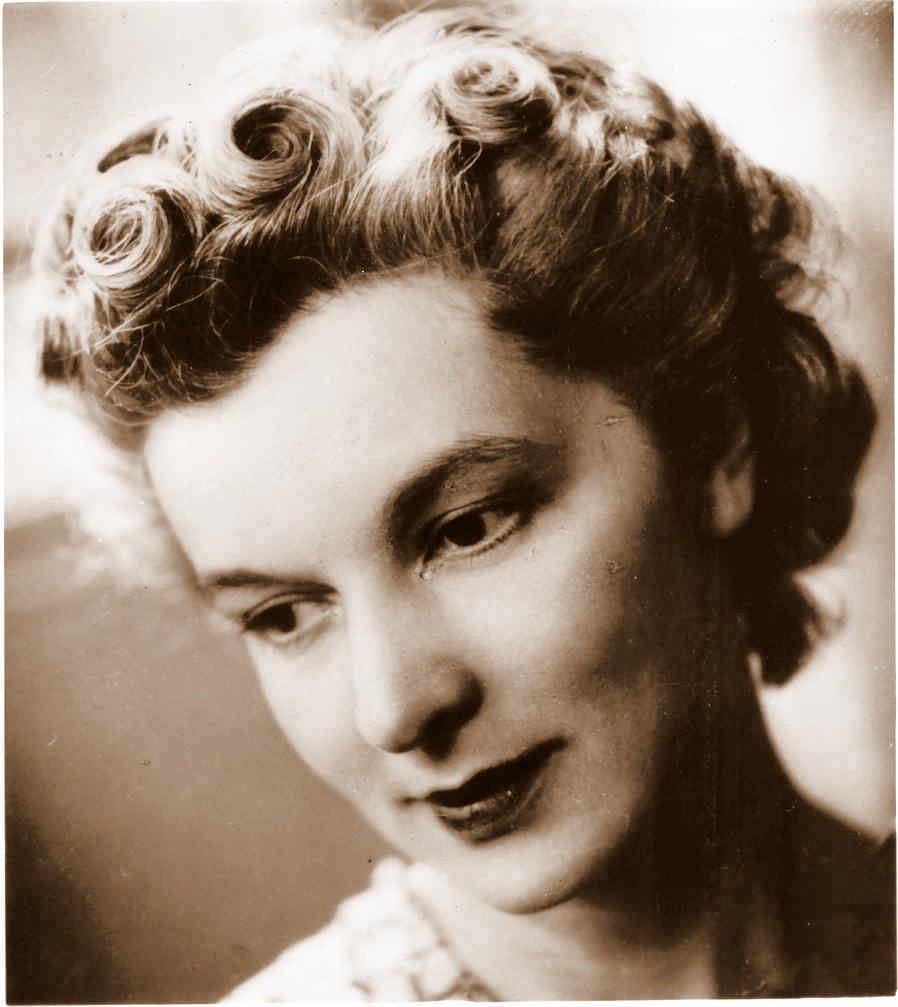 Her novel The Ballad and the Source received particular critical acclaim, and her books The Echoing Grove and The Weather in the Streets were filmed.

The Weather in the Streets was filmed in 1983 with Michael York and Joanna Lumley.  Her 1953 novel The Echoing Grove was made into the 2002 film Heart of Me, starring Helena Bonham Carter as the main character, Dinah.

Lehmann was awarded the CBE in 1982. Nearly blind from cataracts, she died at home in Clareville Grove, London on 12 March 1990, aged 89. 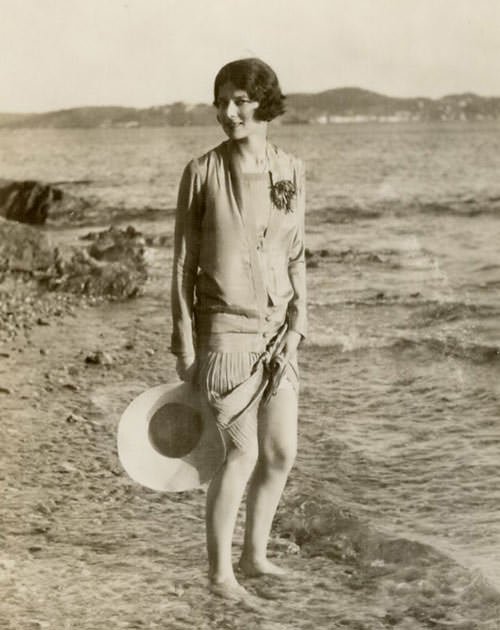 And she had an OBE.

In 1927, Lehmann published her first novel, Dusty Answer, to great critical and popular acclaim. The novel's heroine, Judith, is attracted to both men and women, and interacts with fairly openly gay and lesbian characters during her years at Cambridge. The novel was a succès de scandale.

Though none of her later novels were as successful as her first, Lehmann went on to publish six more, as well as a play (No More Music, 1939), a collection of short stories (The Gypsy's Baby & Other Stories, 1946), a spiritual autobiography (The Swan in the Evening, 1967), and a photographic memoir of her friends (Rosamond Lehmann's Album, 1985), many of whom were famous Bloomsbury figures such as Leonard and Virginia Woolf, Dora Carrington, and Lytton Strachey.

Paris Review - Rosamond Lehmann, The Art of Fiction No. 88 - Interviewed by Shusha Guppy
Question:  In A Note In Music, the heroine, Grace Fairfax, never gets out of her marriage. Did you deliberately avoid the happy ending—which actually happened to you—because in those days most women never did escape their miserable marriages?
I never do anything deliberately. It wasn't my story, it was the story of two women who didn't get out. I am amazed at writers who say that they know exactly what is going to happen and what a character is going to do. Perhaps that is the difference between a creative, imaginative writer and a reporter or journalist; once a character has been created it leads you rather than is led by you, although, I suppose, at the same time you have to control it. But the novel follows its own organic course.

Lehmann with her brother John and Lytton Strachey 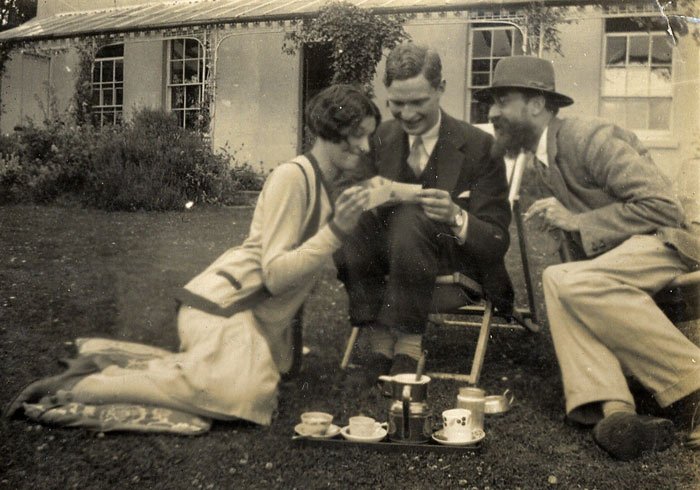 Paris Review - Rosamond Lehmann, The Art of Fiction No. 88 - Interviewed by Shusha Guppy
My mother was from New England. She was very puritanical and upright, and she didn't want us to be conceited. I remember —oh so vividly!—her saying to a guest, “Rosie writes doggerel,” which pierced me to the heart. But my father was very encouraging, as he was a writer himself and came from a highly literary and artistic family

Rosamond's father was a Liberal MP, founder of Granta magazine and editor of the Daily News. Her older sister was Helen Chambers Lehmann (1899–1985), and her younger sister was the actress Beatrix Lehmann (1903–1979). Her younger brother was John Lehmann (1907–1989), the writer and publisher. Her great-grandfather Robert Chambers founded Chambers Dictionary. Her great-uncle was the artist Rudolf Lehmann.

Paris Review - Rosamond Lehmann, The Art of Fiction No. 88 - Interviewed by Shusha Guppy
The first time I actually wrote something was at the age of five or six. I was sitting in a walnut tree, eating toffee, and there was a scribbling block on my knees. Suddenly, I started to write a poem. …. Did you write only poems?.... Poetry and so-called poetry. Oh, it was so easy then! Everything flowed. I wrote all about fairies, and moonbeams, and nature, and it all poured out in rhymes. I destroyed most of the poems when I was fourteen, because I was ashamed of them, but I have kept a few. I think they might amuse my grandchildren. 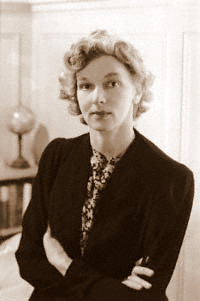 Home educated, in 1919 she won a scholarship to Girton College, University of Cambridge. She graduated with a second class degree in both English Literature (1921) and Modern and Medieval Languages (1922).

Paris Review - Rosamond Lehmann, The Art of Fiction No. 88 - Interviewed by Shusha Guppy
My parents didn't approve of girls' schools, and we were educated at home. My enterprising mother had a pavilion built at the end of the garden to house a kind of kindergarten for us and several little neighbors. Later we learned excellent French from our governess, music from a lady in the village, and a charming young woman came from London once a week to teach us drawing. I had the run of my father's library. I was allowed to read anything, and did. I suppose such an education would be considered hopelessly inadequate today, but the thought of being sent away to boarding school was a nightmare to me.

In December 1923 she married Walter Leslie Runciman (later 2nd Viscount Runciman of Doxford) (1900–1989), and the couple went to live in Newcastle upon Tyne. It was an unhappy marriage: they separated in 1927 and were divorced later that year.

Paris Review - Rosamond Lehmann, The Art of Fiction No. 88 - Interviewed by Shusha Guppy
After falling desperately and unrequitedly in love with a young man at Cambridge, I met Leslie Runciman in London and married him. We went to live in Newcastle, where he worked in his family's shipping business. I soon realized that I had made a terrible mistake, that the marriage was doomed. For one thing, he didn't want any children and I longed for them. I thought, “What have I done? What will become of my life?” Then Wogan Philipps came to work in my husband's firm and after a while I realized that I was going to fall in love with him. Instead of feeling hopelessly trapped, I suddenly saw a light, some hope. I dropped the rather boring novel I had started and began to write Dusty Answer. I went away to Dorset, rented a room in a farm house, and wrote and wrote for two or three months, until I finished it. 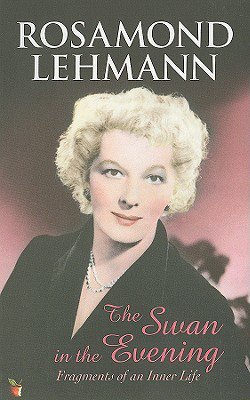 The family lived at Ipsden House in Oxfordshire between 1930 and 1939. The marriage fell apart during the late Thirties with her husband leaving to take part in the Spanish Civil War.

During World War II Lehmann helped to edit and also contributed to New Writing, a periodical edited by her brother, John Lehmann. She had an affair with the journalist Goronwy Rees and then a "very public affair" for nine years (1941–1950) with the married poet Cecil Day-Lewis, who eventually left her to marry his second wife, Jill Balcon.

Paris Review - Rosamond Lehmann, The Art of Fiction No. 88 - Interviewed by Shusha Guppy
In your last novel before your daughter Sally's death, the Echoing Grove, the two sisters, Dinah and Madeleine, are in love with the same man, Madeleine's husband. Was it based on your own experience with Cecil Day Lewis, who was married?
No. Not at all. Everyone seems to have assumed it was, and I was upset. My relationship with Lewis was very happy and its break-up was the biggest disaster of my life. I couldn't possibly have written about it.................   Generalizations are dangerous, but it seems to me that women tend to have higher emotional expectations than men; they are not content with a smaller-scale love or experience. I am always amazed at how little love and emotion men can get along with quite nicely! Women suffer much more when they are deprived of love.

An active opponent of fascism, Lehmann spoke at anti-fascist meetings in 1938 in Paris and London. 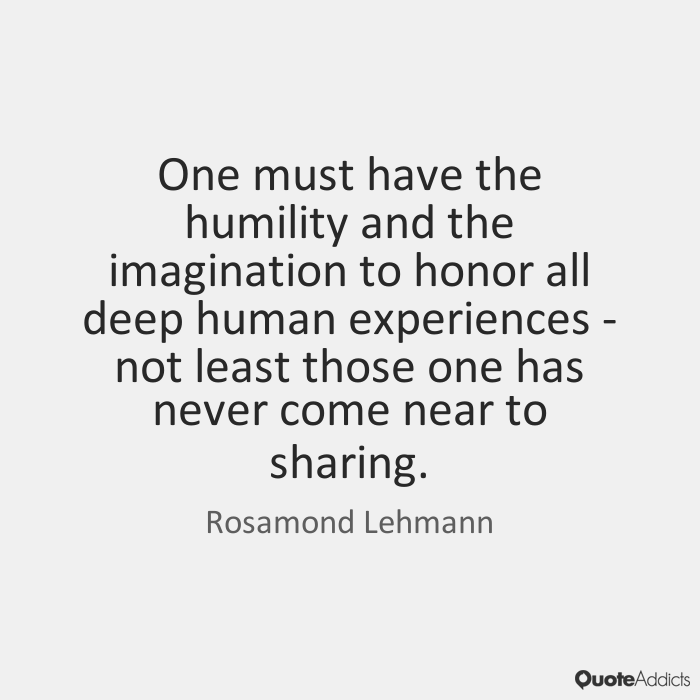 The Source of the observation

The Swan in the Evening (1967) is an autobiography which Lehmann described as her "Last Testament".

In it, she intimately describes the emotions she felt at the birth of her daughter Sally, and also when Sally died abruptly of poliomyelitis at the age of 23 (or 24) in 1958 while in Jakarta, Indonesia.

She never recovered from Sally's death and she not only had the OBE but other ‘psychic experiences’ related to Sally, which were documented in Moments of Truth.