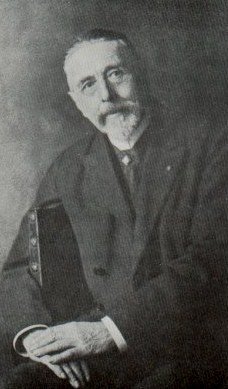 Charles Marie Eugène Lancelin better known as Charles Lancelin (Dreux, France, 04 January 1852-1941) was a doctor of medicine, a hypnotherapist and researcher into hypnosis and out of body experiences.

He was inspired by the work of Colonel Albert de Rochas and was fascinated by the phenomena capable of being elicited by mediums and ‘spiritualists’, so much so that he set up thousands of experiments, all designed to try to find out how they achieved what they did – in other words, a repeatable method.

Dr. Charles Lancelin, was a French physician and a keen student of occultism and psychical research. He shared Durville's concepts about the fluidic double and even worked with some of his colleague's subjects. Lancelin, however, believed that the projection of the human phantom could be brought under volitional control. Because he did not feel that hypnosis was essential to its exteriorization, he began systematic research on the self-induction of the phantom double. 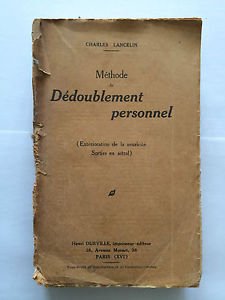 There is a real advantage to self-induction and that is that one runs no risk of being manipulated, exploited or made the subject of suggestion.

Lancelin wrote a considerable number of books, but he is best known for the 500 plus page volume, Methodes de Dedoublement Personnel in which he reported his research, theories, and techniques for ‘astral projection’ – being able to go out of body. The book also discussed many of the techniques taught within the oral traditions of France's many occult circles, and their publication ‘caused quite a sensation’.

Lancelin based his views on years of empirical observations and experimentation. His magnum opus has never appeared in English. Carrington’s summary does not do it justice; so unless you know French it is impossible to find out about the rationale and evidence that the French researcher marshalled for his various views and suggestions.

Lancelin's research is probably the most authoritative empirically derived system for the willful projection of the double. It is, therefore, a pity that it is so little known in the [English speaking world] or to students of astral projection in general.
My own respect for Lancelin's research has grown considerably over the years, much of it based on my own experiences and experiments in the art of out-of-body travel.

Charles Marie Eugène Lancelin was born on January 4, 1852 in Dreux (France). From an early age he became interested in spiritual phenomena, and was particularly influenced by the book Le Livre des Esprits by Allan Kardec.

Kardec was the pen name of the French educator, translator and author Hippolyte Léon Denizard Rivail (3 October 1804 – 31 March 1869). The 'spirits' told Rivail that he had been a Druid named Allan Kardec in a previous life, and he became famous under this pseudonym. His theories eventually became stronger in Brazil than in France, where they also influenced some Afro-Brazilian religions.  It is worth noting that his book has recently been translated into English – The Spirits Book.

Lancelin was described as having “a bright and curious mind”, and worked with figures such as Colonel Albert de Rochas, doctor Gérard Anaclet Vincent Encausse Papus, and Doctor Hippolyte Baraduc.  He eventually managed to conceive of the idea of the Higher spirit as the mechanism by which out of body works:

Lancelin
The [Higher] Spirit is forced to take an ‘envelope’ in relation to the environment through which it passes; all these wrapping cases consist of the soul, surrounding the Spirit, which in turn are contained in the material body, which is the necessary foundation for the Spirit to physically coexist.

Lancelin was widely recognised, at least in the French and Portuguese speaking world, as one of the greatest experimenters in the area of self-induced out of body experience, and "placed on a par with Charles Lafontaine, Albert du Rochas and Hector Durville".

Fifteen years after the publication of his last book "Quelques aspects de la vie hermétique L'Occultisme et la science", Lancelin died “crowned with a lifetime of discoveries and studies of the soul”. 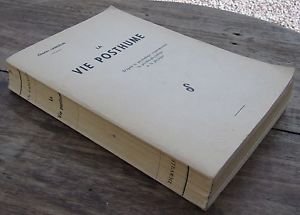