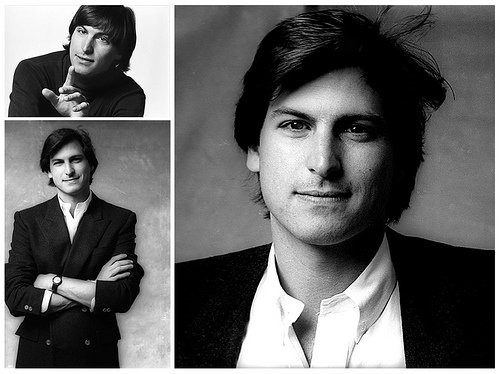 Steven Paul Jobs (February 24, 1955 – October 5, 2011) was an American entrepreneur and inventor, who was the cofounder, chairman, and CEO of Apple Inc.

Through Apple, he is widely recognized as a charismatic and design-driven pioneer of the personal computer revolution and an influential leader in the computer and consumer electronics fields, transforming "one industry after another, from computers and smartphones to music and movies."

At the time of his resignation, and again after his death, Jobs was widely described as a visionary, pioneer, and genius—perhaps one of the foremost—in the field of business, innovation, and product design, and a man who had profoundly changed the face of the modern world, revolutionized at least six different industries, and who was an "exemplar for all chief executives".

Also described as a perfectionist, Steve was a fascinating man.  He defended his company like a samurai warrior.  He was described as having ‘a near-fanatical control mindset and business ruthlessness’, which, given the nature of American politics and business, would have been needed in abundance.  He exercised very tight corporate control over consumer computers and handheld devices, and restricted news reporting.  So a true martial artist! 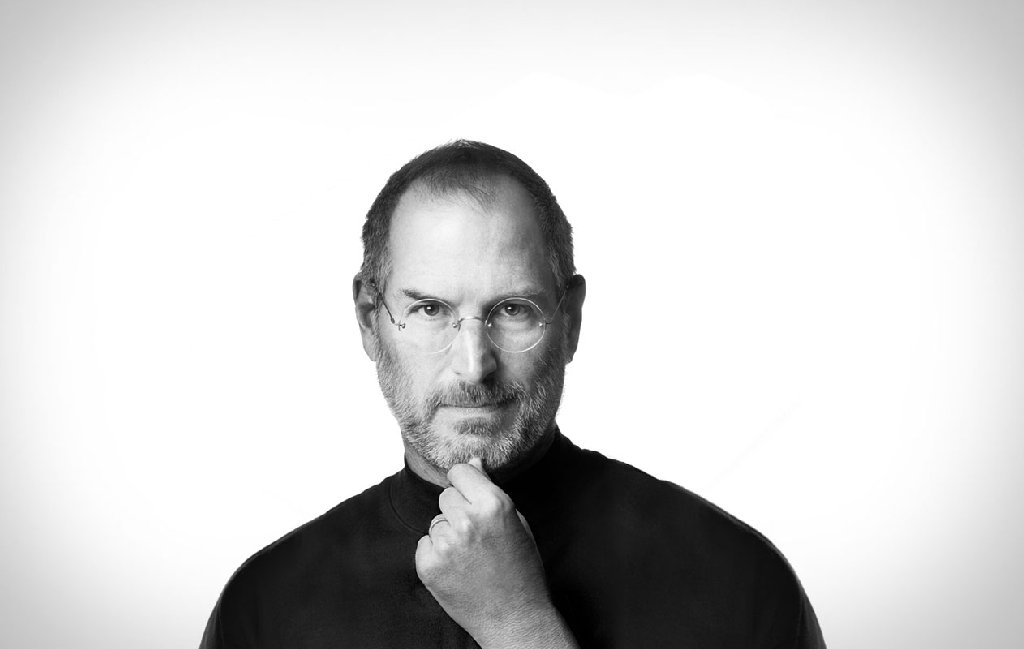 Jobs's birth parents met at the University of Wisconsin at Madison, where his Syrian-born biological father, Abdulfattah "John" Jandali (Arabic: عبدالفتاح جندلي ) was and his biological mother, American Joanne Carole Schieble (of Swiss and German descent).  When Schieble became pregnant, her fundamentalist father vehemently refused to let her marry Jandali, and Schieble ended up going to California to have the baby and give him up for adoption. About six months later, Schieble's father died suddenly, so she married Jandali in December 1955. Jandali swiftly finished his Ph.D. and got a teaching position at the University of Wisconsin, Green Bay. The couple moved there and then had another child, Mona Simpson, who is Steve Jobs's full sister.

Apples and rainbows with a
leaf as well .... or maybe its
an opened crown chakra

Jobs's youth was riddled with frustrations over his formal schooling and in his boredom, he frequently played pranks on others.  But through his father he became interested in electronics and through his friend Bill Fernandez, a neighbor who shared the same interests in electronics, he met another neighbor, Steve Wozniak. 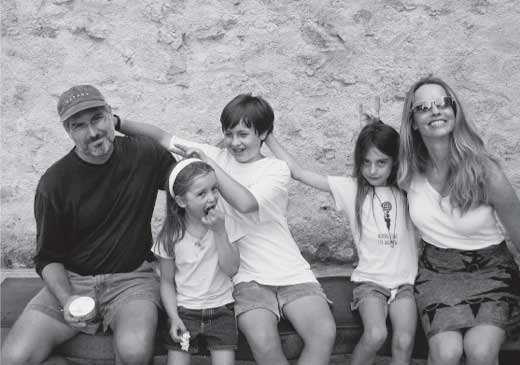 Following high school graduation in 1972, Jobs enrolled at Reed College in Portland, Oregon, but dropped out of college after six months.  In 1976, Jobs and Wozniak formed their own business, which they named "Apple Computer Company" - for reasons that should be apparent from the symbolism.

Jobs was among the first to see the commercial potential of Xerox PARC's mouse-driven graphical user interface, which led to the creation of the Apple Lisa and a year later, the Macintosh. He played a role in introducing the LaserWriter, the first laser printer to feature vector graphics that started desktop publishing to the market.

After a power struggle with the board of directors in 1985, Jobs left Apple and founded NeXT, a computer platform development company specializing in the higher-education and business markets.  In a speech Jobs gave at Stanford University in 2005, he said being fired from Apple was the best thing that could have happened to him:

The heaviness of being successful was replaced by the lightness of being a beginner again, less sure about everything. It freed me to enter one of the most creative periods of my life." And he added, "I'm pretty sure none of this would have happened if I hadn't been fired from Apple. It was awful-tasting medicine, but I guess the patient needed it. 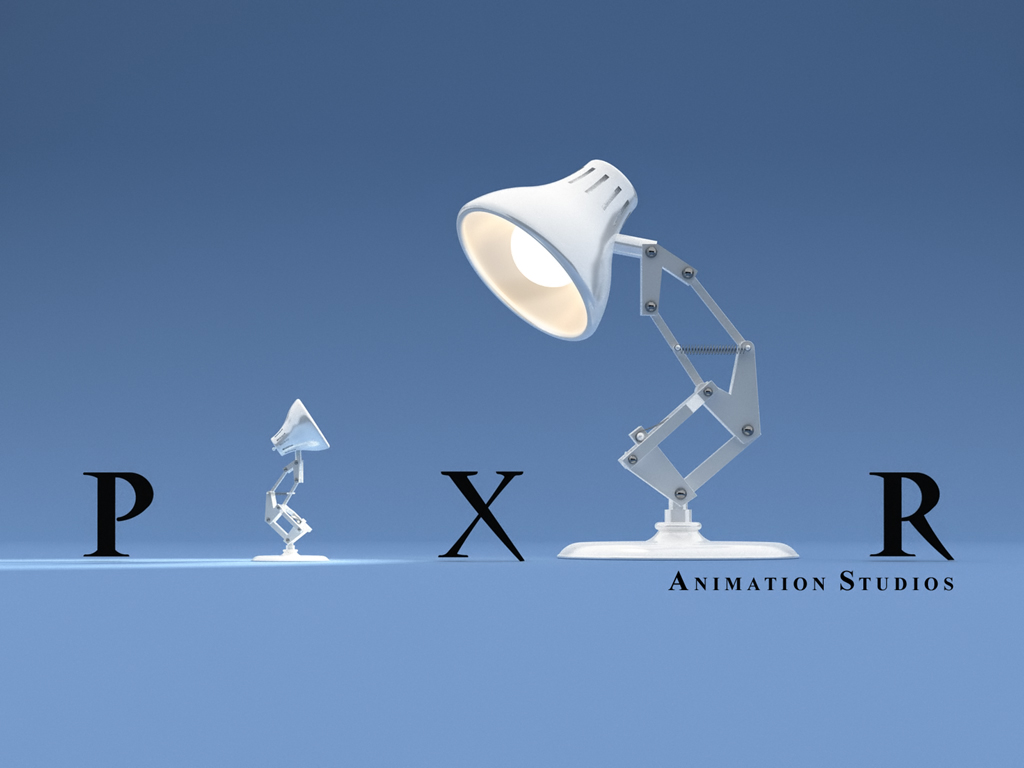 In 1986, he acquired the computer graphics division of Lucasfilm, which was spun off as Pixar. He was credited in Toy Story (1995) as an executive producer and characteristically forgiving principal investor of Pixar. He served as CEO and majority shareholder until Disney's purchase of Pixar in 2006. In 1996, after Apple had failed to deliver its operating system, Copland, Gil Amelio turned to NeXT Computer, and the NeXTSTEP platform became the foundation for the Mac OS X. Jobs returned to Apple as an advisor, and took control of the company as an interim CEO. Jobs brought Apple from near bankruptcy to profitability by 1998.

As the new CEO of the company, Jobs oversaw the development of the iMac, iTunes, iPod, iPhone, and iPad, and on the services side, the company's Apple Retail Stores, iTunes Store and the App Store. The success of these products and services provided several years of stable financial returns, and propelled Apple to become the world's most valuable publicly traded company in 2011. The reinvigoration of the company is regarded by many commentators as one of the greatest turnarounds in business history.

So, where did this streak of business genius come from? 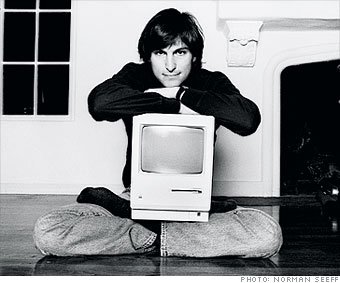 Jobs traveled to India in mid-1974 to visit Neem Karoli Baba at his Kainchi ashram with a Reed College friend (and, later, an early Apple employee), Daniel Kottke, in search of spiritual enlightenment.

When they got to the Neem Karoli ashram, it was almost deserted because Neem Karoli Baba had died in September 1973. Then they made a long trek up a dry riverbed to an ashram of Haidakhan Babaji.

After staying for seven months, Jobs left India.  Jobs had changed his appearance; his head was shaved and he wore traditional Indian clothing.  During this time, Jobs experimented with psychedelics, later calling his LSD experiences "one of the two or three most important things [he had] done in [his] life". He became a serious practitioner of Zen Buddhism, engaged in lengthy meditation retreats at the Tassajara Zen Mountain Center, the oldest Sōtō Zen monastery in the US. He even considered taking up monastic residence at Eihei-ji in Japan, and maintained a lifelong appreciation for Zen. Jobs would later say that people around him, who did not share his 'countercultural roots', could not fully relate to his thinking. 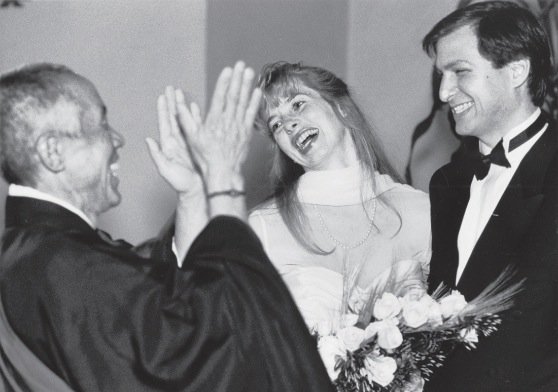 There are a number of people writing on the internet, who say that Steve Jobs took LSD and use that as a justification for taking drugs.  But in fact Steve Jobs used LSD as a means of opening the door in a setting that was entirely spiritual.  Once it was open he took no more and also became a teetotaller.  His principle mechanism of inspiration was ‘meditation’.

Jobs's design aesthetic was influenced by the modernist architectural style of Joseph Eichler, by the industrial designs of Braun's Dieter Rams, and by Buddhism. ‘His sense of intuition was influenced by the spiritual people with whom he studied’. When  Jobs married Laurene Powell on March 18, 1991, in a ceremony at the Ahwahnee Hotel in Yosemite National Park, for example, presiding over the wedding was Kobun Chino Otogawa, a Zen Buddhist monk.

In 2003, Jobs was diagnosed with a pancreas neuroendocrine tumor. Though it was initially treated, he reported a ‘hormone imbalance’, underwent a liver transplant in 2009, and appeared progressively thinner as his health declined. On medical leave for most of 2011, Jobs resigned in August that year, and was elected Chairman of the Board. He died of respiratory arrest related to the tumor on October 5, 2011.

Even while terminally ill in the hospital, Jobs sketched new devices that would hold the iPad in a hospital bed. He also despised the oxygen monitor on his finger and suggested ways to revise the design for simplicity.  The total number of Jobs's patents is now over 450. 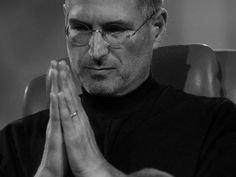 Remember, the sixties …[was] ….. when I came of age; and to me, the spark of that was that there was something beyond what you see every day. It's the same thing that causes people to be poets instead of bankers. And I think that's a wonderful thing. I think that same spirit can be put in to products, and those products can be manufactured, and given to people, and they can sense that spirit. —Steve Jobs, Steve Jobs: The Lost Interview