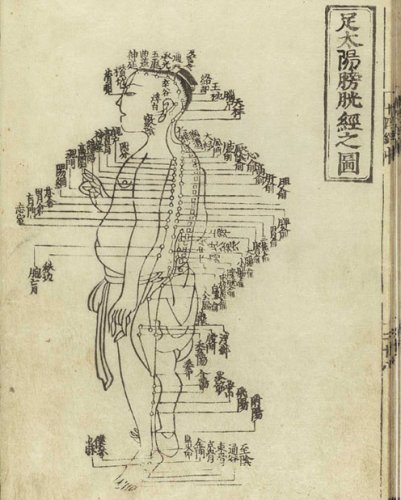 The Huangdi Neijing also known as The Inner Canon of Huangdi or Yellow Emperor's Inner Canon, is an ancient Chinese medical text that has been treated as the fundamental doctrinal source for Chinese medicine for more than two millennia and until today. It is comparable in importance to the Hippocratic Corpus in Greek medicine or the works of Galen in Islamic and medieval European medicine. The work is composed of two texts each of eighty-one chapters or treatises in a question-and-answer format between the mythical Huangdi (Yellow Emperor or more correctly Yellow Thearch) and six of his equally legendary ministers.

The first text, the Suwen, also known as Basic Questions, covers the theoretical foundation of Chinese Medicine and its diagnostic methods. The second, the Lingshu [Spiritual Pivot], discusses acupuncture therapy.