The Gnostic Gospels are a collection of about fifty-two texts thought to be  based upon the ancient teachings of several prophets and spiritual leaders including Jesus.

The Gospel of Judas
He [Jesus] taught us Gnosis
About the unseen, unknown mysteries
Beyond the mind and this world 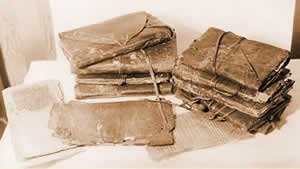 The word gnostic comes from the Greek word gnosis, which generally gets translated as  "knowledge", but which is often used in Greek philosophy in a manner more consistent with the English word wisdom.  In effect the truth one receives from enlightenment and spiritual experience.

It goes without saying that the Gnostic gospels were neither supported nor talked about much within the institutionalised Church and have been condemned by some theologians as ‘heretical’ simply because they tend to support the idea that you do not need an established religion to obtain spiritual experience.  [The age old battle between those who seek power via religion and those who seek direct spiritual experience]. For this reason the gospels are “not part of the standard Biblical canon of any major Christian denomination, and as such are part of what is called the New Testament apocrypha”

Because the teachings are consistent with many eastern religious  ideas,  there are some scholars who “have suggested that gnosticism blends teachings like those attributed to Jesus Christ with teachings found in Eastern traditions”.  But this is misinterpreting the texts. 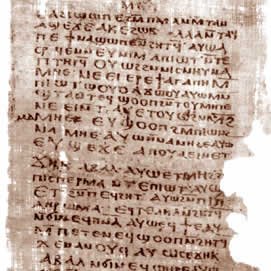 The documents which comprise the collection of gnostic gospels were not discovered at a single time, but rather as a series of finds. The Nag Hammadi Library was discovered accidentally by two farmers in December 1945 and was named for the area in Egypt where it had been hidden for centuries. Other documents included in what are now known as the gnostic gospels were found at different times and locations, such as the Gospel of Mary, which was recovered in 1896 as part of the Akhmim Codex and published in 1955. Some documents were duplicated in different finds, and others, such as with the Gospel of Mary Magdalene, only one copy is currently known to exist. 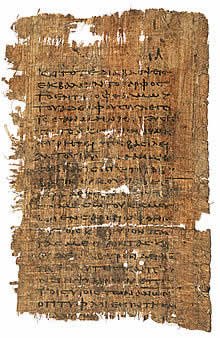 There is a lot of debate as to the date they were written principally because there are some scholars who want to ensure the dating fits in with existing beliefs about when other texts were written or when people lived.  I found it somewhat pointless trying to unravel this debate as fact mixed with fiction.  For my purposes the fact they were an early record of genuine spiritual experience and had not been ‘edited’ was important.

This is the sort of rather pointless debate that goes on:

“Some scholars including Nicholas Perrin argue that Thomas is dependent on the Diatessaron, which was composed shortly after 172 by Tatian in Syria. A minority view contends for an early date of perhaps 50, citing a relationship to the hypothetical Q document among other reasons”.

There is only one spiritual world

There are a great number of documents that could have been classified as gnostic gospels in reality, but it would appear that the ones that most commonly get grouped together and which have also been translated are as follows

Plus a number  more.  There is recognition that the  Gospel of Thomas, may include descriptions of events older than the gospels of the New Testament, and in fact may be a more accurate record than the gospels now are.

There are a number of very good translations for example 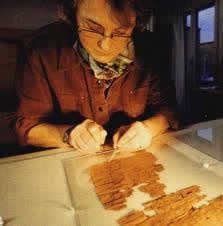 But others exist.  From an enjoyment point of view Alan Jacobs Gnostic gospels is special. Jacobs includes The Gospel of Thomas, The Gospel of Mary Magdalene, The Gospel of Philip, The Sophia of Jesus Christ and The Gospel of Truth, amongst others.  What is special is that he has made them into poetry,  as one reviewer has said  “by presenting the gospels in an accessible and elegant format, their mystical message is all the powerful and moving”.