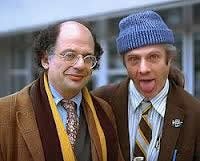 Allen Ginsberg (1926 – 1997) was an American poet and one of the leading figures of the Beat Generation in the 1950s. He is best known for his poem "Howl", in which "he denounced what he saw as the destructive forces of capitalism and conformity in the United States". He was a tireless campaigner throughout his life against the misuse of power.

In 1957, "Howl" attracted widespread publicity when it became the subject of an obscenity trial, as it depicted heterosexual and homosexual sex at a time when sodomy laws made homosexual acts a crime in every U.S. state. "Howl" reflected Ginsberg's own homosexuality and his relationships with a number of men, including Peter Orlovsky, his lifelong partner. Judge Clayton W. Horn eventually ruled that "Howl" was not obscene.

Ginsberg was a friend of Timothy Leary and an extremely heavy drug user. He tried LSD, cannabis, mescaline plus a host of other substances. It was actually a very risky thing to have done, as his mother was mentally ill. 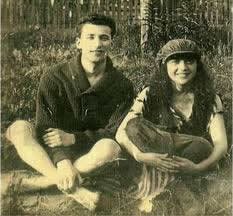 Naomi Ginsberg's mental illness often manifested as paranoid delusions. She would claim, for example, that the president had implanted listening devices in their home and that Allen's father's mother was trying to kill her. Her suspicion of those around her caused Naomi to draw closer to young Allen, "her little pet," which did not help Allen at all. She also tried to kill herself by slitting her wrists and was soon taken to Greystone, a mental hospital; she would spend much of Ginsberg's youth in mental hospitals. The experiences with his mother, psychologically traumatised Ginsberg and featured in his poetry. His experiences with his mother's mental illness and her institutionalization are frequently referred to in "Howl". For example, "Pilgrim State, Rockland, and Grey Stone's foetid halls" is a reference to institutions frequented by his mother.

His mother appeared to have numerous spiritual experiences, some of which could be classified as extremely profound.  Naomi Ginsberg died in 1956, and Ginsberg received a letter from his mother after her death responding to a copy of  "Howl" he had sent her. It admonished Ginsberg to be good and stay away from drugs; she says, 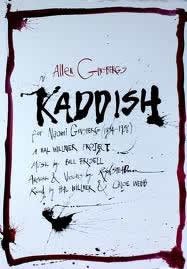 Thus strictly speaking the inspiration for Allen Ginsberg's poetry is the mental illness of his mother and his observations of her experiences.  He did however have one moment for himself caused by nitrous oxide.....