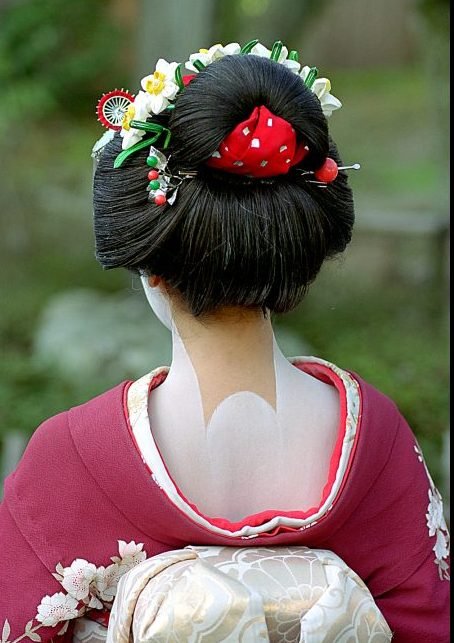 Read any book, look at western based websites, and all of them will tell you that Geisha were a form of high class prostitute.

Once the sophisticated cultural system that revolved around Japanese mysticism had collapsed in the mid 1800s, then that is what they may well have had to become, but the original Geisha were the experts in the ability to channel the energy that would have been expended in an orgasm and in the man’s case into an ejaculation, into the direction of spiritual experience, to use the energy so generated to help you higher on the spiritual path.  So the very aim of all the techniques was to avoid orgasm.

So yes, they did sell ‘sex’ if you can call it that – more correctly they sold foreplay techniques and instruction in withholding methods, but they were not prostitutes.  Many of the techniques now used in the Ninpo [Ninjutsu] methods, if not all, were used by the Geisha. 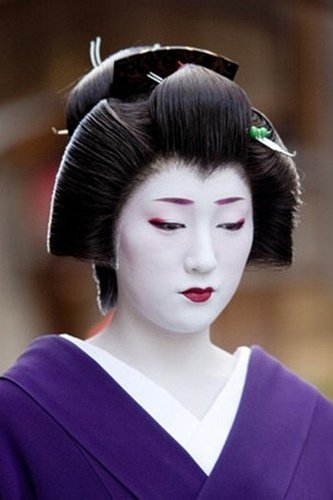 The painting style of ukiyo-e flourished in the period that the Geisha were at their height.  In the next few paragraphs, I will take a look at some of the evidence by providing some pictures of that era.

Ukiyo-e and the Geisha 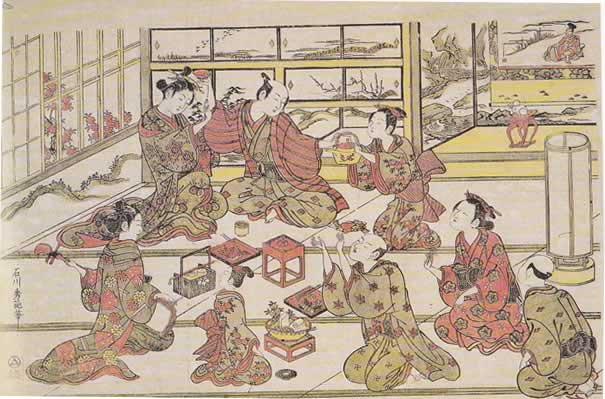 This is a drawing by Ishikawa Toyonubu and is called Yoko-Oban.  It was published round about 1751, well before the reforms.  It shows one client surrounded by Geisha – both trainee and the main Geisha, plus two male servants.  They have had a meal and one of the younger trainee Geisha [shown smaller than the main Geisha – ranking is shown by size] is offering sake - to the man.  One girl plays a zither.  In the alcove we see a symbolic rabbit on a plinth.  The room is extremely sumptuously decorated with wall hangings and paintings.  At the back of the room is a huge scroll showing a portrait of a famous poet.

It may be helpful to know that the very insignia on Japan’s flag – the rising Sun is indicative of the idea that at one time at least, Japan was the land of the spiritual traveller, the mystics whose aim was the Sun and not the moon.  In effect, their aim as a nation was to leave the cycle of  death and reincarnation [the Created – the Moon]  and to go to the Sun [the Creator].

Why do the Geisha have white faces and such elaborate hair styles? 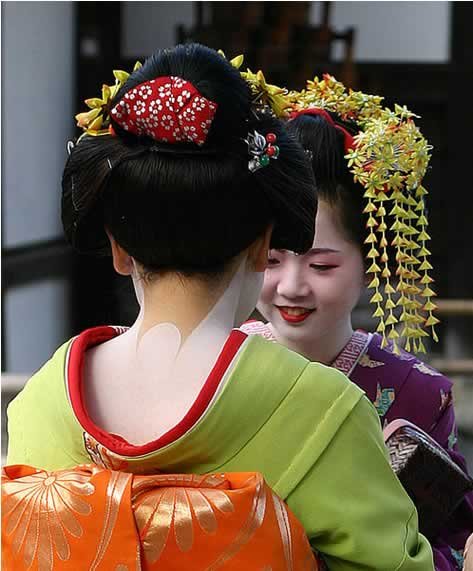 Both the geisha here have topknots.  The far geisha is wearing shides.  The near geisha has the pattern of the twin pillars on her neck.  Both have white faces and red lips.

Shinobi colours matched the environment – for Suiton a watery blue; for Doton, earthy colours; and for Setton – snow white.

The robes of the Geisha often matched their status too.  Setton is one of the vibrational levels in the spiritual world and is the ‘highest’ that one can go.

The photo does not show this but Geisha also use combs.

In the picture below, we see three Geisha in sumptuous kimono each decorated symbolically, with the characteristic hair and hair decorations.  The kimonos have a decoration of pine, bamboo and cherry blossom.  Cherry blossom is more generally symbolic of the cloud world – the Floating World; ‘The Three Friends of Winter’ – so Winter as the final stage of the spiritual journey [and the aether level] are symbolically the pine, bamboo, and plum.   Together they symbolize perseverance, integrity and modesty.

The geisha on the left has a crane on her kimono – so she is a  ‘bird’ – a spiritual  traveller as well as a ‘crane’ a very distinguished and accomplished traveller. 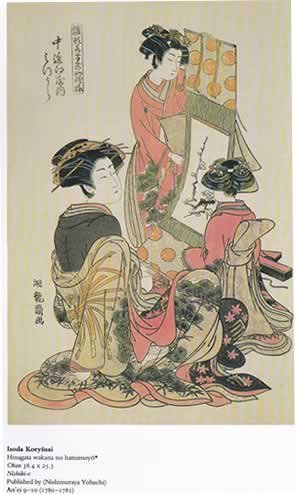 The Geisha and the ‘wife’

The Geisha used Sex magick and Sexual stimulation and taught Peaking.  The sexual stimulation techniques require that you know the person that you are helping, principally because every man is different in the way they are both aroused and can be left teetering on the brink.  There are, as my Mum might have said, ‘a hundred ways to skin a cat’ [perhaps an inappropriate phrase to use here, but you get the idea] . 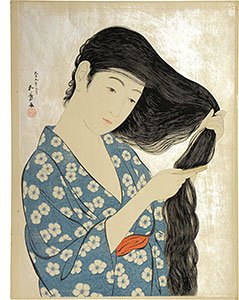 It seems to be clear from many of the drawings and paintings of the Geisha that they had a limited number of clients and in some cases only one.  True courtesans did exist in Japan and of course they had a number of clients, but the geisha had to be specialised and that is why they were so well off financially and could command such a high price.  Geisha were to all intents and purposes lovers.

In Polynesian and most shamanic societies they divide the mind into three – the three worlds - the Higher Spirit, the Conscious mind and the Subconscious mind.

The Polynesians treated the Subconscious mind and the Conscious mind as though they were two separate personalities or characters in every person.  So in essence did the Japanese.

A man’s Subconscious [and a woman’s] chooses her sexual partner and lover.  A man’s Conscious  mind chooses his marriage partner – the one with whom he is going to set up a home, have children and share the strain of running a home with all its financial burdens. 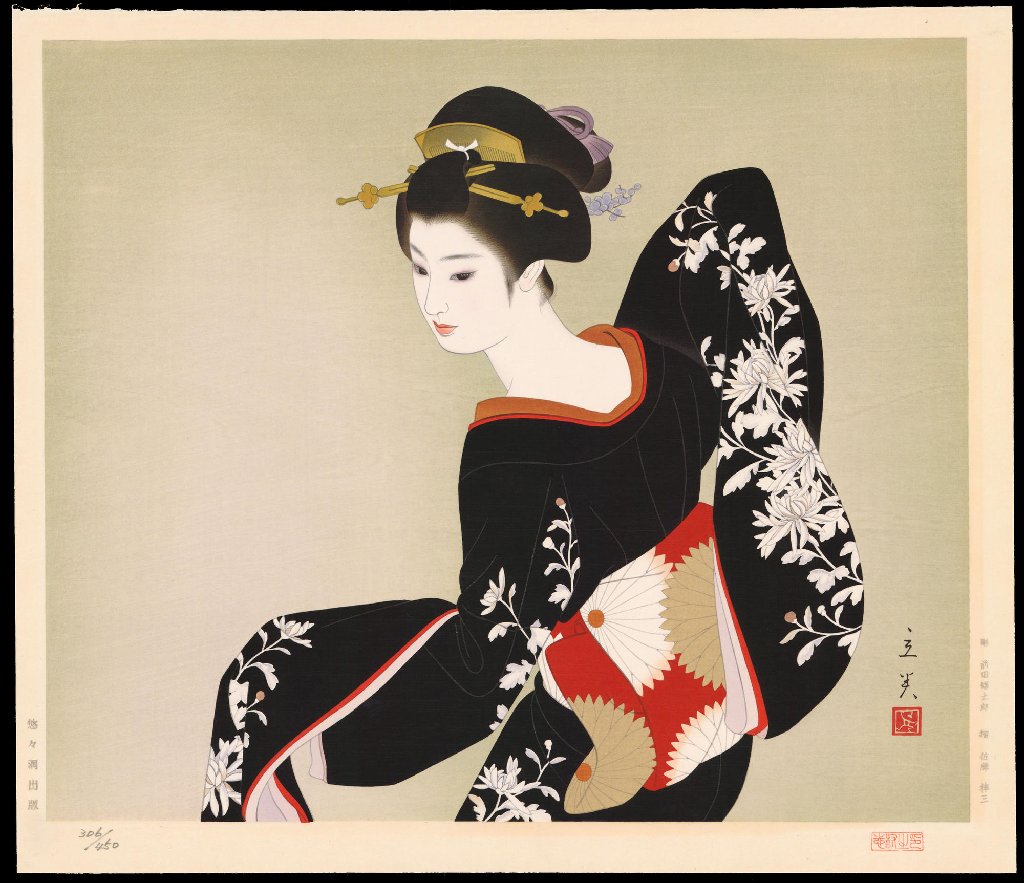 In Western society, we conform to the rule that we should only have one partner.  Without being too simplistic, if the Conscious mind is strong, the marriage usually works because the partner chosen is a compatible match, but men and women often take lovers because their Subconscious actually fancies other sorts of people – they then suffer the appalling anguish and emotion of their action.  If the Subconscious mind is stronger than the conscious then the man may marry or live with his lover, but he usually finds that it is a disaster on a day to day basis, - they argue, they fight, they never agree and find that setting up a home is a nightmare of incompatibilities.  And these days they tend to divorce.

Wikipedia
Dora Spenlow is a character in the novel David Copperfield by Charles Dickens. She is portrayed as beautiful but childish. David, who is employed by her father, the lawyer Mr Spenlow, falls in love with Dora at first sight and marries her. She proves unable to cope with the responsibilities of married life, and is more interested in playing with her dog, Jip, than in acting as David's housekeeper. All this has a profound effect on David, but he always loves her. However, a year into their marriage she suffers a miscarriage, and her health steadily declines until she eventually dies.

“David then searches his soul and marries the sensible Agnes, who had always loved him and with whom he finds true happiness”.  Hmmmmmmmmmm does he?

It is believed that of all Charles Dickens’ novels, David Copperfield was his most autobiographical.  It is worth perhaps noting that Dickens had numerous lovers.

Thus in the Japanese society of the Floating world a man had two partners as long as he could afford it.

The Geisha appealed to the Subconscious mind, and the Japanese man also had a wife, who was there for the Conscious mind.  Thus a Japanese man married his social partner, his conscious equal, a friend, a supporter but to a large extent not someone [unless he was very lucky] who appealed to his subconscious.  In order to keep his subconscious happy he went to either a geisha if he was on the spiritual path, or a courtesan, or [if he was poor] a prostitute if he was not spiritually inclined.

The French appear to adopt a somewhat similar approach to life even today – without the Geisha!

The true man wants two things: danger and play. For that reason he wants woman, as the most dangerous plaything.

This sounds a wonderful arrangement – especially for the man - but as many of those who have been on the ‘lover’ side know, it can be anguish, because love is a very demanding master.  Practically every culture has its story of ‘Romeo and Juliet’ style lovers.  In Japan this story was that of Osome and Hisamatsu, who, just like Romeo and Juliet committed suicide.

It was clearly also not much fun for the wives.  In the painting below we see the wife of a samurai [a bushi]  – samurai regularly sought spiritual experience in order to ‘go with the force’.

So men may consider the Japanese society of the geisha to be wonderful and a model of what we should have today, but we women might think differently!

If we now look at this arrangement purely from the spiritual point of view, however, the geisha wife arrangement works well.

Once the man has had children, he can cease having any sort of conjugal relations with his wife if he so chooses.  He then meets up with the geisha in order to build up his sexual reserves of energy.  He is, all the time, practising abstinence and endurance and ‘celibacy’.

Infrequent meeting of the geisha also helps to keep the emotional tension high.  If he doesn’t die of a heart attack from the stress of it all, he should be able to generate an enormous amount of sexual energy ready for the final kundalini experience.