Walter Holbrook Gaskell (1 November 1847 – 7 September 1914) was an outstanding nineteenth century British physiologist and mathematician, whose research was the basis for much of our current understanding of the electrophysiologic properties of the heartbeat and its external control by the autonomic nervous system.

Later in life, he published a book ‘‘The Origin of Vertebrates’’ (1908), and we have included a quote from this as it is pertinent to this site’s sections on the existence of an underlying ‘designer’ of the universe.  Gaskell believed that design was taking place and had done for millions of years.  What is especially fascinating is that he clearly believed that the ‘designer’ was a learning designer and mistakes had been made – or at least, some designs abandoned and new ones explored.

Gaskell was not ‘religious’, but he appears to have taken the existence of the spiritual world for granted in all his discussions and discoveries.  He looked for function and he believed that form followed function.

Gaskell was born in Naples, Italy, in 1847, the son of a wealthy barrister. After his education in Trinity College, Cambridge University (Cambridge, England), where he graduated with honours in 1869, he then entered the University College Hospital, London (London, England), to study medicine. He was mentored by Michael Foster, head of the outstanding Cambridge School of Physiology, whose influence led him to become a physiologist.

In 1874, Gaskell worked for a year in Leipzig, Germany, in the laboratory of the great Carl Ludwig, whose invention of the kymograph in 1847 had transformed the entire field of physiology.

Gaskell’s main contribution was related to the vasomotor control of blood flow; he found that the sensory nerves controlled arterial dilatation in skeletal muscles.

Subsequent studies explained the definitive anatomy and function of the efferent sympathetic nervous system (1885), and proved that the vagus nerve was cardioinhibitory and controlled the heart beat. In 1875, he returned to Cambridge where he completed his thesis for a medical degree in 1878, although he never practiced medicine.

One of the intriguing questions of the nineteenth century was ‘‘Why did the heart beat?’’ Physiologists argued over 2 explanations:
(1) the heart muscle had inherent rhythmicity; or
(2) local or nearby nerve ganglia stimulated the myocardium.

This was popularly known as the myogenic versus the neurogenic debate.

Most physiologists believed that the intracardiac ganglia, discovered in the 1840s, were the primary stimulus of the myocardium.  Michael Foster and his Cambridge School disciples were strong proponents of the less popular myogenic view.  They  felt that the cardiac ganglia provided a continuous stream of discharge that were then regulated by an intermittent cardiac muscular response in order to provide the rhythmicity of the heart. 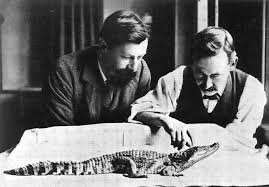 In other words Gaskell was looking for function within the heart itself.  The body is not dissimilar to an object oriented computer system.  Each organ [object] has its own functions and intercommunication is via the nerves and neurotransmitters which act like messengers between each organ.  The state of each organ then determines the function triggered.  Studying neurotransmitters and receptors is thus something of a waste of time, and Gaskell had realised that it is more important to study the functions of organs – one of which is ‘to beat’.

Between 1879 and 1883, Gaskell conducted many experiments attempting to prove the myogenic theory. He noted that the apex of the frog ventricle was free of ganglia but would beat rhythmically. Utilizing a suspended tortoise heart preparation, he registered the contractions of the atrium and ventricle separately by levers attached by silk threads to each chamber. A micrometer screw-clamp was placed on the sinoatrial or atrioventricular groove; the excitability of the tissue could be increased by passing a galvanic current by way of a coil. The slowly beating heart allowed visual inspection of the conduction of the impulse. 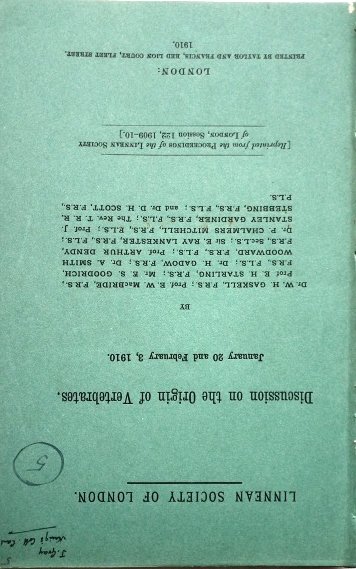 From these studies, he concluded that it was the heart muscle, not the ganglia, that was in control: ‘‘The rhythm of the sinus and therefore of the whole heart depends upon the rhythmical properties of the sinus, and not upon any special rhythmical nervous apparatus ... , ’’ and that different areas were more rhythmical than others, ‘‘... We come, then to the conclusion that the beat of the heart starts from that part, which is most rhythmical, i.e., which beats spontaneously at the quickest rate (the sinus venosus), and travels as a wave of contraction over the heart at rates of speed, which vary in different parts according to the nature of the muscular tissue.’’

Gaskell also noted a natural pause at the junction of the atrium and ventricle, which he attributed to undifferentiated embryonic muscle that had slower conductivity. He was the first to differentiate between types of atrioventricular block and to use the term complete block. He credited his coworker George J. Romanes for the term block, which Romanes had created in the muscular rim of the jellyfish.

Although he did not locate the origin of the sinus impulse, Gaskell’s landmark studies would become the basis for the 1907 anatomic discovery of the sinus node, made by Arthur Keith and Martin Flack. The myogenic versus neurogenic question had been solved with the help of Gaskell’s work.


What has however been lost from Gaskell’s work is some of the implications of his findings.  If the heart beats, as it were, by itself, then it clearly has its own functions.  Analogously therefore, the heart must be acting like a small biological computer with its own programs – functions.  The functions are thus a form of software and in the terminology used by this site are thus ‘spirit’.

Gaskell did understand this, as you will be able to see from the extract of his book.  It also implies that every organ – every aggregate – has its own functions.  The lungs have their own functions related to breathing.  Then there is of course the mind…………..

From where did Gaskell get his inspiration?  Love and kindness. 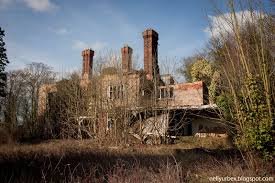 We have already seen he was generous in his acknowledgment of his colleagues.  He was also a loyal member of Foster’s productive research team and a dedicated university lecturer. A large, genial man, Gaskell married in 1875 and had 4 sons and 1 daughter. He enjoyed communing with nature via yachting, fishing, and tending his 15-acre terraced garden at Great Shelford.

In 1886, he received the Marshall Hall prize of the Royal Medical and Chirurgical Society for his pioneering work on the autonomic nervous system. His death from a cerebral hemorrhage at age 66 was considered a great loss to physiology.

It is safe to say that to no physiologist does medicine owe a debt greater than that which it owes to Walter Holbrook Gaskell, for, in the course of his work on the sympathetic nervous system, he laid for all time the foundations of the pathology of the heart.