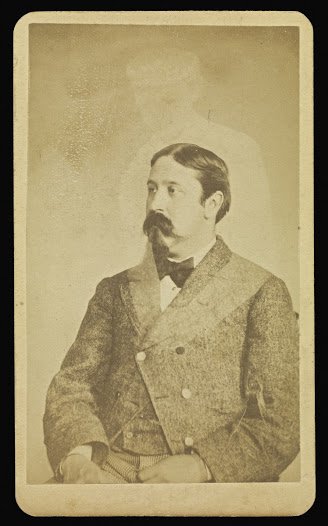 Charles H. Foster (1838-1888) was an American medium born in Salem, Massachusetts.  He was described as  “a convivial character who enjoyed drinking alcohol and smoking long cigars in barrooms with his companions as much as he did transmitting messages from the dead”.

The first indications of his mediumship were noticed at age 14. During school hours raps were heard on his desk. At night he was awakened by violent noises and the furniture was tossed about in his room. Some time later the phenomena began to occur in daylight, and furniture was heard moving about in rooms where no one was present.

Skin writing and pellet reading were the special features of his mediumship. Both were subjects of lively discussion and controversy.  In skin writing the letters were blood-red and, as a rule, displayed the name of the communicating spirit. They appeared mostly on Foster's forearm.  In pellet reading the usual procedure was to ask the sitters to write the names of their deceased relatives on slips of paper while the medium was out of the room, roll them up, and put as many blank pellets as they liked together with them in a heap on the table. On his return the names on the slips were spelled out by raps, and Foster picked out the writing, delivered trance addresses, and gave clairvoyant and clairaudient descriptions of spirits. There is some indication that much of the pellet reading was achieved via a bridge to the writer and then simple inter composer communication – mind reading. 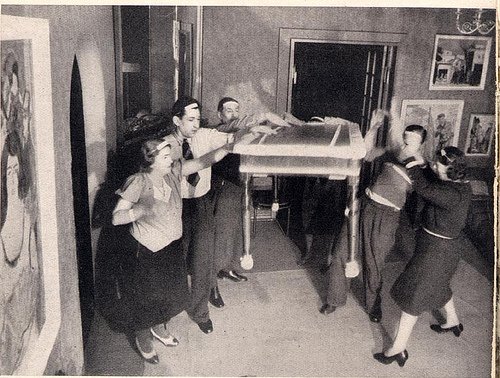 In 1861, Foster visited England and while there materialization phenomena were added to his performances.

His first séance was given in the house of William Wilkinson, the editor of Spiritual magazine. He became friendly with the Master of Lytton, with whom he stayed at Knebworth.

The literary elite— Charles Dickens, Thackeray, Tennyson, Robert Chambers, and William Howitt—came to him for sittings. John Ashburner, an authority on animal magnetism and Spiritualism, recorded unusual phenomena. He saw nine materialized hands floating over the dining table and witnessed a levitation of the medium and of the piano on which he was playing.

In January 1862, at the invitation of Thomas P. Barkas, Foster gave four séances in Newcastle-upon-Tyne. At each of these, ten persons participated. Their names were kept in a private book and withheld from the medium. With these 40 people the errors in the communications, according to Barkas, did not exceed three percent, and these usually happened during some trifling confusion or controversy.

Sentiment eventually turned against Foster and he simply left England for the Continent. He went to Paris, appeared before Napoleon III, toured Australia, and finally returned to New York.

In his later years Foster became addicted to alcohol. In 1881, at age 48, he was taken to Danvers Insane Asylum, suffering, according to reports, from advanced alcoholism and softening of the brain. For the last four years of his life he apparently lived a vegetable existence under the care of an aunt, simply staring into space most of the time.

The reason we have placed him among the ill, however, is not for this reason, but because he displayed all the symptoms of a form of manic depression, in which he appeared to be permanently manic, or at least brain damage somewhat similar.  This is best shown by the following:

Charles H. Foster is fortunate in having a biographer who was such an admirer that he called him "the greatest spiritual medium since Swedenborg."

There is a tendency on the part of writers to exaggerate the claims of the particular sensitive with whom they have been brought in contact. None the less, Mr. George C. Bartlett in his "The Salem Seer" shows that he had close personal acquaintance with Foster, and that he really was a very remarkable medium. His fame was not confined to America, for he travelled widely and visited both Australia and Great Britain. In the latter country he made friends with Bulwer Lytton, visited Knebworth, and became the original of Margrave in " A Strange Story."

Foster seems to have been a clairvoyant of great power, and had the peculiar gift of being able to bring out the name or initials of the spirit which he described upon his own skin, usually upon his forearm. This phenomenon was so often repeated and so closely examined that there can be no possible doubting the fact. What may have been the cause of the fact is another matter.

There were many points about Foster's mediumship which suggested, extended personality, rather than an outside intelligence. It is, for example, frankly incredible that the spirits of the great departed, such as Virgil, Camoens and Cervantes, should have been in attendance upon this unlearned New Englander, and yet we have Bartlett's authority for the fact, illustrated with many quotations, that he held conversations with such entities, who were ready to quote the context in any stanza which might be selected out of their copious works.

Such evidence of familiarity with literature far beyond the capacity of the medium bears some analogy to those book tests frequently carried out of late years, where a line from any volume in a library is readily quoted. They need not suggest the actual presence of the author of such a volume, but might rather depend upon some undefined power of the loosened etheric self of the medium, or possibly some other entity of the nature of a control who could swiftly gather information in some supernal fashion.

Spiritualists have so overpowering a case that they need not claim all psychic phenomena as having necessarily their face value, and the author confesses that he has frequently observed how much that has somewhere, some time, been placed on record in print or writing is conveyed back to us, though by no normal means could such print or writing be consulted at any time by the medium.

Foster's peculiar gift, by which initials were scrawled upon his flesh, had some comic results.

"As he was leaving, Mr. Foster told him that in all his experience he had never known one individual to bring so many spirits . . . the room being literally packed with them, coming and going. About two o'clock the next morning Mr. Foster called to me . . . saving : ' George, will you please light the gas I cannot sleep; the room is still filled with the Adams family, and they seem to me to be writing their names all over me.' And to my astonishment a list of names of the Adams family was displayed upon his body. I counted eleven distinct names; one was written across his forehead, others on his arms, and several on his back." Such anecdotes certainly give a handle to the scoffer, and yet we have much evidence that the sense of humour is intensified rather than dulled upon the Other Side.

The gift of blood-red letters upon Foster's skin would seem to compare closely with the well-known phenomenon of the stigmata appearing upon the hands and feet of devout worshippers. In the one case concentration of the individual's thoughts upon the one subject has had an objective result. In the other, it may be that the concentration from some invisible entity has had a similar effect. We must bear in mind that we are all spirits, whether we be in the body or out, and have the same powers in varying degree.

Foster's views as to his own profession seem to have been very contradictory for he frequently declared, like Margaret Fox-Kane and the Davenports, that he would not undertake to say that his phenomena were due to spiritual beings, while, on the other hand, all his sittings were conducted on the clear assumption that they were so. Thus he would minutely describe the appearance of the spirit and give messages by name from it to the surviving relatives.

Like D. D. Home, he was exceedingly critical of other mediums, and would not believe in the photographic powers of Mumler, though those powers were as well attested as his own. He seems to have had in an exaggerated degree the volatile spirit of the typical medium, easily influenced for good or ill. His friend, who was clearly a close observer, says of him:

He was extravagantly dual. He was not only Dr. Jekyll and Mr. Hyde, but he represented half a dozen different Jekylls and Hydes. He was strangely gifted, and on the other hand he was woefully deficient. He was an unbalanced genius, and at times, I should say, insane.

He had a heart so large indeed that it took in the world; tears for the afflicted ; money for the poor ; the chords of his heart were touched by every sigh. At other times his heart shrunk up until it disappeared. He would become pouty, and with the petulance of a child would abuse his best friends. He wore out many of his friends, as an unbreakable horse does its owner. No harness fitted Foster.

He was not vicious, but absolutely uncontrollable. He would go his own way, which way was often the wrong way.

Like a child he seemed to have no forethought. He seemed to live for to-day, caring nothing for tomorrow. If it were possible, he did exactly as he wished to do, regardless of consequences. He would take no one's advice, simply because he could not. He seemed impervious to the opinions of others, and apparently yielded to every desire ; but after all he did not abuse himself much, as he continued in perfect health until the final breaking up.

When asked, " How is your health? " his favourite expression was, " Excellent. I am simply bursting with physical health."

The same dual nature showed itself in his work. Some days he would sit at the table all day, and far into the night, under tremendous mental strain.

He would do this day after day, and night after night.

Then days and weeks would come when he would do absolutely nothing-turn hundreds of dollars away and disappoint the people, without any apparent reason, save he was in the mood for loafing.