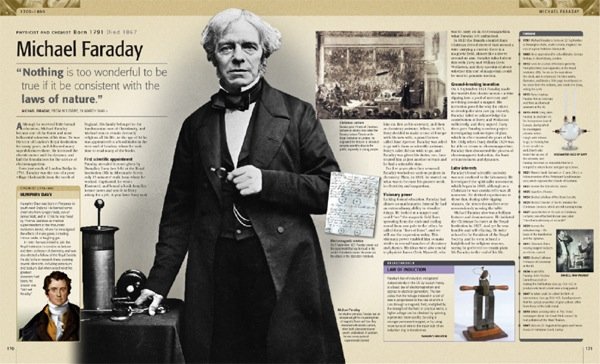 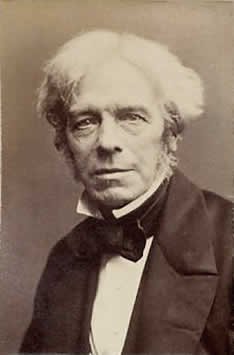 He was one of the most influential scientists in history.

Historians of science refer to him as having been the best experimentalist in the history of science. He conveyed his ideas in clear and simple language; his mathematical abilities, however, did not extend as far as trigonometry or any but the simplest algebra. 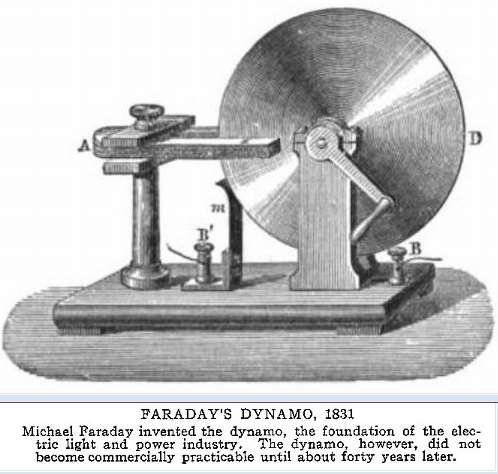 The main areas in which he produced significant results are as follows: 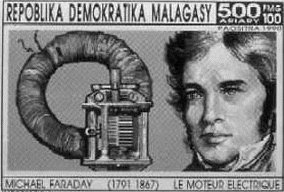 Electromagnetism - It was by his research on the magnetic field around a conductor carrying a direct current that Faraday established the basis for the concept of the electromagnetic field in physics. Faraday also established that magnetism could affect rays of light and that there was an underlying relationship between the two phenomena. He similarly discovered the principle of electromagnetic induction, diamagnetism, and the laws of electrolysis. His inventions of electromagnetic rotary devices formed the foundation of electric motor technology, and it was largely due to his efforts that electricity became practical for use in technology.

So where did his wisdom and inspiration come from?

Faraday was deeply critical of 'spiritualists' and 'mesmerists', and rejected the quasi magical practises which were then fashionable – 'seances and table lifting' - in favour of straightforward rigorous meticulous scientific investigation.  He had no hallucinations, no visions, [that we know of] no sudden insights on walks.  He was not brain damaged or unwell, although overwork in later life did result in a mental breakdown.  But he is an absolutely wonderful example of how suppression techniques used on an ongoing basis lead to inspiration and wisdom.

Faraday is one of the few people on this site who would be classified as 'religious', but his religion was somewhat different to the conventional institutionalised religions.  His father, James, was a member of the Glassite sect. The Glasites or Glassites were a Christian sect founded in about 1730 in Scotland by John Glas. Glas' faith was spread by his son-in-law Robert Sandeman into England and America, where the members were called Sandemanians.

Faraday was a lifelong member of the group and a lay preacher.  The Sandemanians organised themselves around the principles of the fundamentals of the teachings of Jesus.  So what did they believe in? 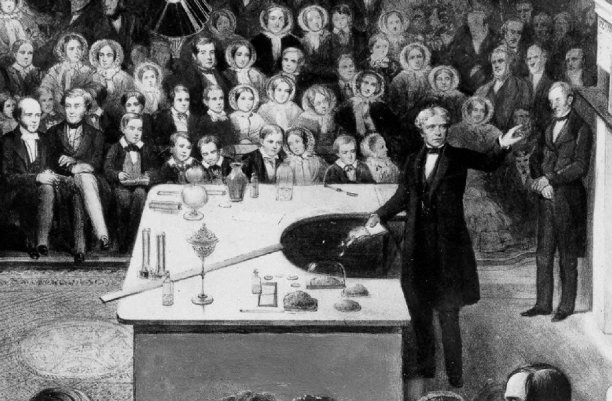 Underpinning most of his discoveries was a simple belief in the unity of all things,unity of people, of nature and the 'laws' of nature.  Thus without him ever stating the fact he believed in spirit.  This belief in the 'oneness' of the universe helped him. He concluded that, for example, contrary to the scientific opinion of the time, the divisions between the various "kinds" of electricity were illusory. Faraday instead proposed that only a single "electricity" exists, and the changing values of quantity and intensity (current and voltage) would produce different groups of phenomena.

I have few observations for Faraday, but his whole life and his discoveries are in a sense one big observation.

Physicist Ernest Rutherford stated; "When we consider the magnitude and extent of his discoveries and their influence on the progress of science and of industry, there is no honour too great to pay to the memory of Faraday, one of the greatest scientific discoverers of all time".