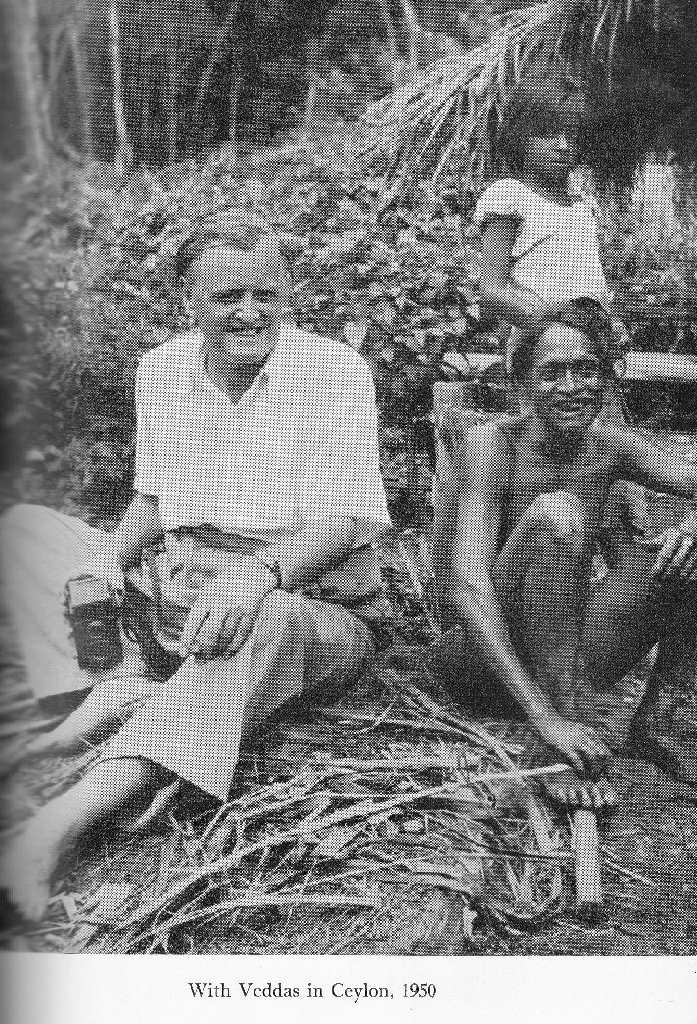 He worked with the Maria, the Baigas and the Gonds of Orissa and Madhya Pradesh in central India, and he later also worked in several North East Indian states especially North-East Frontier Agency (NEFA) and settled in Shillong, the hill capital of Meghalaya.  He wrote numerous books on their culture, all affectionately written and without bias or judgement.

But he is probably best remembered for his lifelong support and help for the tribal people of India, with whom he lived and worked, providing basic medical facilities, setting up a humane leper colony, as well as small libraries and some education facilities teaching children how to read and write, principally so that they could defend themselves against those who wished to take advantage of their innocence.  He gave practical help against the exploitation by money lenders, con men and those who wished to steal their lands for ‘development’, a situation which appears to be sadly commonplace throughout the world even today.  He also acted on their behalf against government officials and ‘planners’ whose across the board ‘solutions’ to the ‘problem’ of tribal peoples were made without any reference to the people themselves.  These officials had already done damage, but much more damage could have ensued, totally catastrophic to their way of life, if Verrier had not intervened on their behalf.  Verrier was not against change, but he wanted that change to be carefully introduced with those who were being asked to change in the driving seat – not helpless passengers. 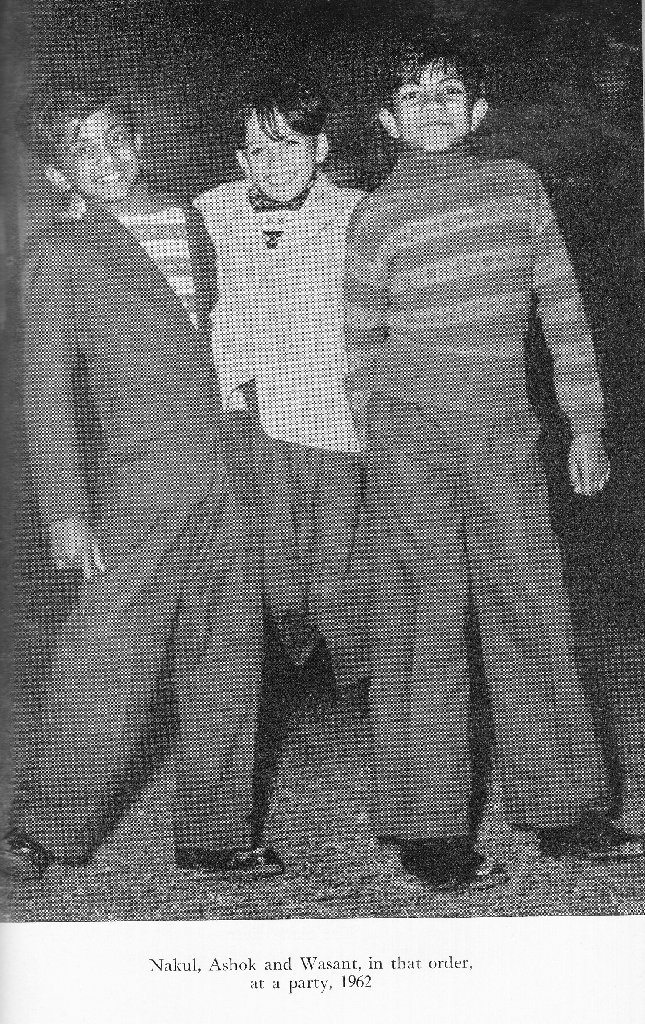 Verrier had a deep love and respect for his villagers, and he married local girls.  His first marriage was not a success, but his second marriage to Lila, provided him with happiness he said himself he had no conception existed.  He adored her and everything she brought to the marriage, and his praises for her fill the latter half of his autobiography.  He had a son, Kumar, with his first wife, who spent quite a large portion of his life with him and Lila and went on a number of his expeditions.  He and Lila also had three sons and he showers much the same levels of affection and love for them in his book as he does Lila.

Over the years he was influenced by the philosophies of both Mahatma Gandhi and Rabindranath Tagore. He participated in the Indian independence movement and in 1930 Gandhi said he regarded Elwin as a son.  He served as the Deputy Director of the Anthropological Survey of India upon its formation in 1945. Post-independence he took up Indian citizenship. Prime Minister Jawaharlal Nehru appointed him as an adviser on tribal affairs for north-eastern India, and later he was Anthropological Adviser to the Government of NEFA (now Arunachal Pradesh).

His autobiography, The Tribal World of Verrier Elwin won him the 1965 Sahitya Akademi Award in English Language, given by the Sahitya Akademi, India's National Academy of Letters. 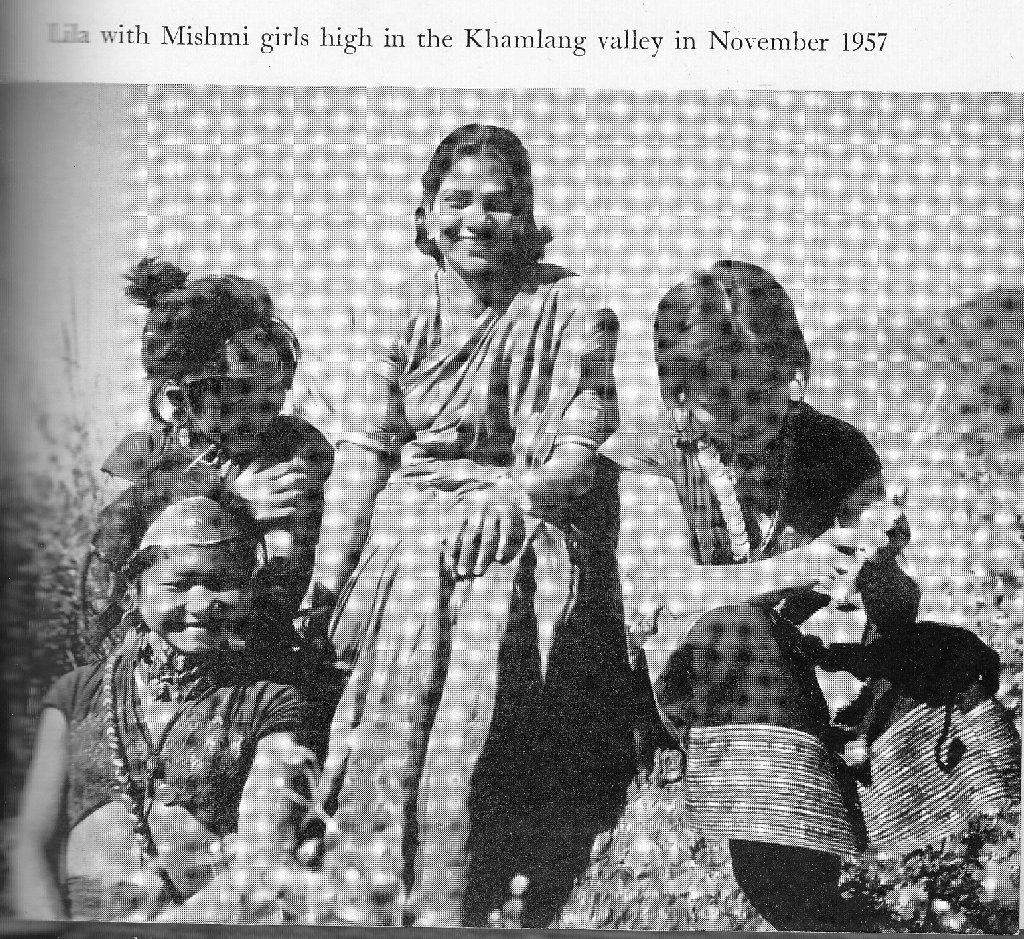 I was born at Dover in Kent, England, in 1902, on the early morning of 29th August, a day which is traditionally associated by the Church with the beheading of John the Baptist. This was, of course, on the birthday of King Herod, which was celebrated by a performance of what would probably today be called tribal dances. It is perhaps significant that I should have arrived in the world on an anniversary marked by dramatic action against a well-known Puritan reformer.

I was the eldest of three children, my sister Eldyth being two years, and my brother Basil some five years, younger. I was baptised with the names Harry Verrier Holman Elwin by no fewer than three Bishops ; long afterwards one of them told me, 'Three of us tried to cast the devil out of you, with remarkably little success.'

My father, Edmund Henry Elwin, was himself an Anglican bishop holding the see of Sierra Leone, but he had been appointed Bishop of Bristol when he suddenly died of yellow fever at the age of 38, when I was seven, only a few weeks before returning to England to take up his new assignment. He had been at Merton, which was to be my own college later on. 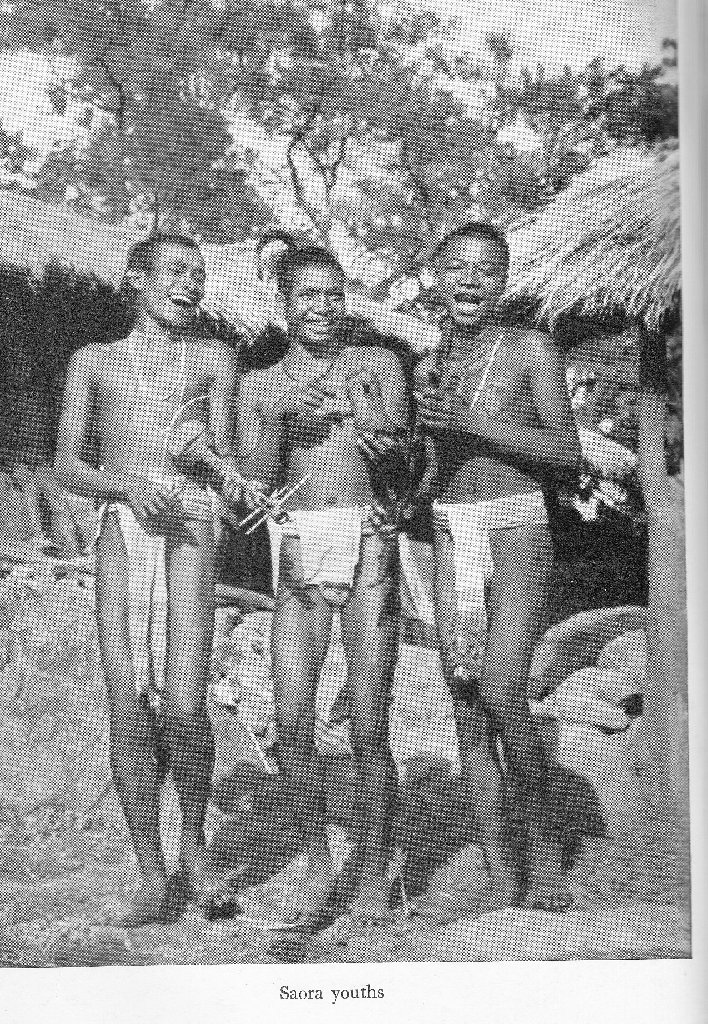 Elwin received his degrees of BA First Class in English Language and Literature, MA, and DSc. He also remained the President of Oxford Inter-Collegiate Christian Union (OICCU) in 1925.  In 1926 he was appointed Vice-Principal of Wycliffe Hall, Oxford and in the following year he became a lecturer at Merton College, Oxford. He went to India in 1927 as a missionary.

There he became friends with Shamrao Hivale, an Indian with whom he was to share most of his life.  They travelled together in central India, now the states of Madhya Pradesh, Chhattisgarh, and parts of eastern Maharashtra, and they jointly studied the tribes there.  Shamrao was absolutely key to the success of the tribal ashrams they set up, as he was the dispenser of medicines and his patience and kindness helped Verrier become accepted.  In talking about the achievements of Verrier, one should include Shamrao and Verrier does in his autobiography – acknowledging the great debt he owed to their friendship.

Verrier began his career in India as a Christian missionary, but abandoned the Church, first to a form of neo-Catholicism, and then eventually an approach that was essentially multi-faith.  He was also very interested and read a great deal on Hinduism and on Buddhism and used many of the Buddhist techniques for meditation and ‘self-improvement’.

The tribal people with whom he worked, however, spoke a Dravidian language and were essentially the remnants of the great Indus valley civilisation that is described elsewhere on the site under Shaivism.  As such the culture, dancing, music, and approach to life that Verrier actually fell in love with was Shaivism, not Hinduism.  And to a large extent by becoming a villager himself and immersing himself in their culture, he was actually adopting the practises of a mystic movement.

This is the story of one who for many years has lived between the two worlds of Britain and India and who has in his own experience, if it is not too pompous to say so, found that 'East and West are but alternate beats of the same heart'.

My journey from a deeply religious evangelical home to modernist and Catholic Oxford and then through Gandhi's settlement at Sabarmati to the tribal hills of India involved many changes in my outlook and way of life. I was ordained an Anglican priest at Oxford and had almost settled down to the life of a don there, when India caught my imagination and transported me to another hemisphere. After some years of struggle I left the Church, though I have never turned from the life of scholarship. 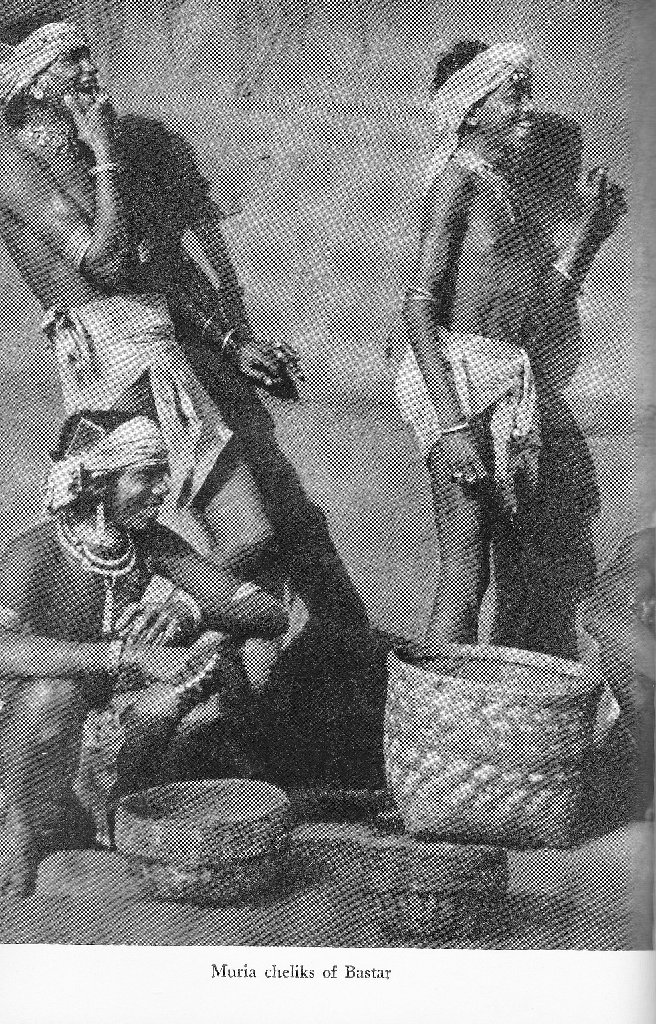 My contact with Gandhi wedded me to India and I am today an Indian citizen. Although I loved, and still love, great and ancient cities, I have lived, by choice, in remote and primitive villages. I have married into tribal society and found felicity there. In India I have found sorrow and joy, disappointment and fulfillment but above all reality, an answer to the prayer: ' From the unreal, lead me to the real.'

In spite of these changes I find a consistent thread running through my life, a perennial philosophy which has survived the loss of a conventional faith. My childhood had impressed on me that here we have no abiding city and that there is an elusive treasure far above the prizes of the world. At school I learnt to love Wordsworth with his stress on the essential quality to be found in the countryside and among poor people. At Oxford I developed the habit of thinking in neo-Platonic terms by which one can build up a store of inner strength that will be independent of external circumstances. Without this I do not think I could have endured the isolation and the tragedies of village life. My early years in India, and especially those in Gandhi’s settlements, were a training for an experience that was hard and difficult, though very well worth-while.  Even now, when my home is no longer in a village, I spend much of my time and most of my thought among the tribal people. 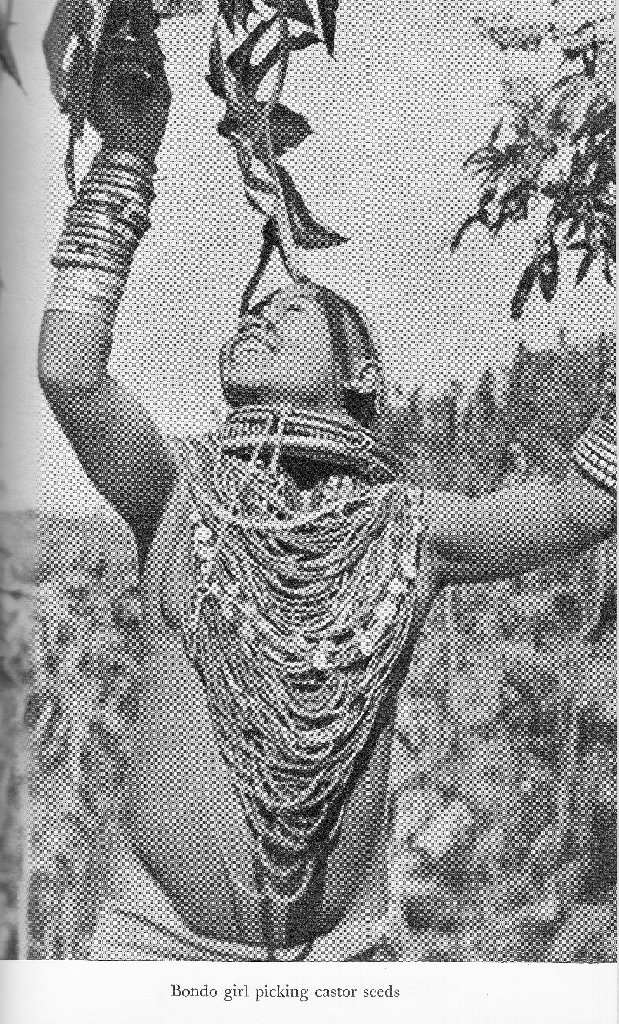 All the ways of making love and sexual techniques are a fundamental part of Shaivism.  Elwin’s first wife was a Raj Gond tribal girl called Kosi who was a student at his school at Raythwar (Raithwar) in Dindori district in Madhya Pradesh. She was very young.  Elwin had been subjected to Puritanism in its various forms almost all his life.  Gandhi also held very strict Puritanical views.  Kosi was a revelation.  Shaivism celebrates sexuality, there is no sense of guilt about making love or sex. Elwin was so stunned by the revelations that unfolded that he used his experiences with his wife Kosi in his anthropological studies.  But as Kosi grew older Verrier started to realise that he was in some senses exploiting the very gift he had been given.  Cheapening the revelation that had changed his life.  He wrote in his autobiography,
"I cannot even now look back on this period of my life without a deep sense of pain and failure"

Kosi returned to her village, and Elwin remarried to a woman who was, although younger than Elwin, at least more aware of what being married to him may involve – very long periods of separation and a great deal of travelling if she did go with him.  Lila belonged to the Pardhan Gond tribe in nearby Patangarh, they moved to Shillong in the early 1950s and although he says nothing, it must have been a great wrench for Lila too, to be away from her tribal roots.  They had three sons, Wasant, Nakul and Ashok.
Elwin died in Delhi on 22 February 1964 after a heart attack. Lila died in Mumbai in 2013, aged about 80, shortly after the death of their eldest son, Wasant.

The Tribal World – Verrier Elwin
The message of the ghotul is that youth must be served, that freedom and happiness are more to be treasured than any material gain, that friendliness and sympathy, hospitality and unity are of the first importance, and above all that human love – and its physical expression – is beautiful, clean and precious 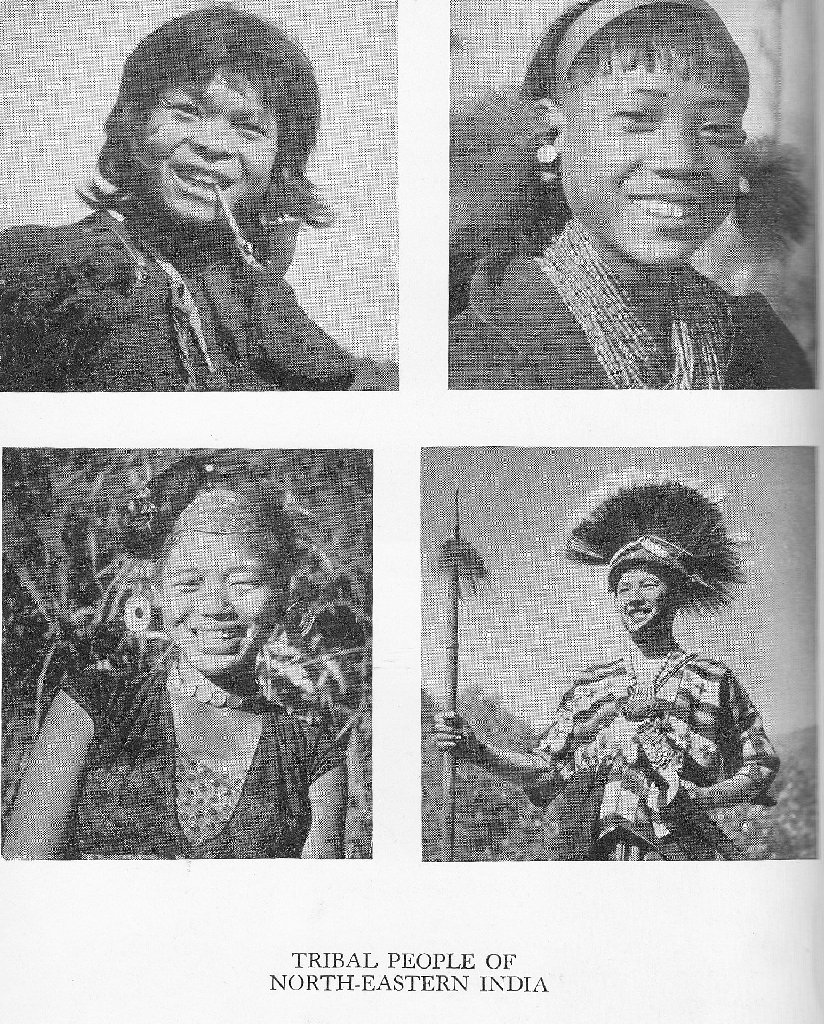 The observations that specifically refer to the tribes have been placed under the Shaivism heading as they provide an additional perspective on this culture.

The other observations have been chosen to reflect something of the beliefs and effects of the beliefs on Verrier.  There are not many, but they are key