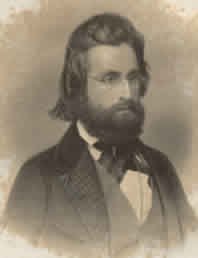 Davis’s parents were reputedly so poor, he had only five months' schooling in the village. Despite this he went on to write a number of books and become friends with people like Edgar Allen Poe. Poe was said to have been ‘inspired by’ Davis, whose lectures on ‘mesmerism’ [hypnotism] he attended, when writing "The Facts in the Case of M. Valdemar" (1845).  Furthermore, Davis was said to have directly influenced Edgar Cayce (1877–1945), also on this website. Davis's complete library is now housed within the Edgar Cayce Library. Davis in turn was much influenced by Swedenborg and by the Shakers, who reprinted his panegyric praising Ann Lee, in the official work, Sketch of Shakers and Shakerism (1884).

Davis appears to have been born with a predisposition to spiritual experience. As a farm lad alone in the fields, he heard voices and saw visions.  In 1843, he heard lectures in Poughkeepsie on ‘animal magnetism’, as the phenomena of hypnotism was then termed, and after allowing himself to be a subject realised that these abilities could be greatly extended. 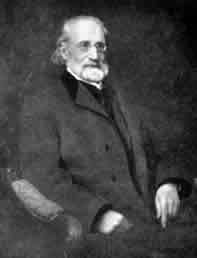 As the subject of a hypnotist he produced some quite astonishing revelations.  His book, "The Seer," one of a five-volume work, "The Great Harmonia" is a description of his experiences.  He found he could see the interior of bodies and objects, and though wholly untutored in medicine, he diagnosed diseases and successfully  prescribed for them to the amazement of physicians. Thus his technique for healing was in some senses a forerunner of that used by Cayce.

There is the indication in all his writings that, like Edgar Cayce, Jackson allowed himself to be ‘possessed’.  Who or what he was possessed by, we shall never know, but the possession was by someone who knew English [or American!].  He lectured whilst in the trance state; and in 1847 he published The Principles of Nature, Her Divine Revelations, and a Voice to Mankind, which in 1845 he dictated to his scribe, William Fishbough, while in a trance.

Whilst in the possessed state, he worked from 1844 to 1847 as a healer.  Furthermore he continued to dictate books – that is act as the means by which books could be dictated and written.

Although I have put him on the site as a healer, for a change the observation I have included taken from his book the Penetralia contains prophecies.

In the end he published around 30 books including:

The Great Harmonia (1850–1861), an encyclopaedia in six volumes
The Philosophy of Special Providences (1850);
The Magic Staff: an Autobiography (1857)
Arabula: or the Divine Guest, Containing a New Collection of New Gospels (1867), the gospels being those according to St Confucius, St John (G.Whittier),St Gabriel (Derzhavin),St Octavius (Frothingham), St Gerrit (Smith), St Emma (Hardinge), St Ralph (W. Emerson), St Selden (J. Finney), St Theodore (Parker) and others;
A Stellar Key to the Summer Land (1868);
Tale of a Physician, or, the Seeds and Fruits of Crime (1869)
Views of Our Heavenly Home (1878)
The Fountain with Jets of New Meanings (1870).