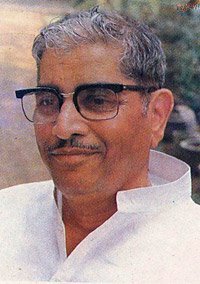 Pandurang Shastri Athavale (19 October 1920 – 25 October 2003) was more generally known as Dadaji, which literally translates as "elder brother" in Marathi.  He was an Indian philosopher, spiritual leader, social and religious reformer/revivalist, who founded the Swadhyaya Parivar (Swadhyaya Family) in 1954.  Swadhyaya has now spread across nearly 100,000 villages in India, with over 5 million adherents.

He was awarded the Ramon Magsaysay Award for Community Leadership, along with India's second highest civilian honour, the Padma Vibhushan Award, in 1999.  He was awarded the Templeton Prize for Progress in Religion in 1997. This annual prize was established in 1972 by Sir John Templeton, an American-born resident of the Bahamas. The prize's first recipient, in 1973, was Mother Teresa, founder of the Missionaries of Charity.

Although Swadhyaya  is intended to be based on Vedic philosophy, with the use of the Bhagavad Gita and classic texts like the Upanishads, as you will see from this site, these texts are universal in their appeal, their main advantage in India is simply they were written in a language the locals can understand. 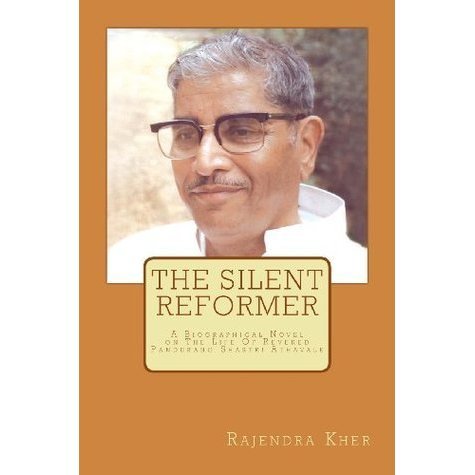 Dadaji ‘s movement is a loosely organized, volunteer movement that teaches and promotes swadhyaya (a Sanskrit word for self-study), on other words ‘home schooling’, a practice he said leads people to cultivate greater self-respect and love for others.

Extremely important was his teaching that God dwells in everyone.  In other words, there is not some external father figure who looks after us, the concept of divinity lies within, and it is for us to awaken and nurture it.

One of the reasons that Dadaji won the Templeton Prize is that his whole approach and philosophy transcended ‘religion’, caste, social and economic differences; being based on a simple message of love for one’s fellow man and creatures, and the planet.

Dadaji personally visited thousands of villages (on foot and rented bicycle), and his adherents have followed suite, covering around 100,000 villages across India. In these villages, Dadaji instigated various schemes whose aim was to “uplift the downtrodden”, including cooperative farming, fishing and tree-planting projects “in the spirit of collective, divine work”.

There is great emphasis on ‘the divine family’ the importance of a community that helps one another, at the village level and at every level above.  Co-operation not competition and conflict.  The ideas have spread to numerous countries in the Caribbean, the Americas, Asia, Middle East and Africa.

Pandurang Vaijnath Athavale was born on 19 October 1920 in the village of Roha in Maharashra (konkan) India. He was one of five children born to the Sanskrit teacher Vaijanath Athavale and his wife Parvati Athavale.

When Athavale was twelve years old, his grandfather set up an independent course of study for the young boy. Thus, Athavale was taught in a system very similar to that of the Tapovan system of ancient India. In 1942, he started to give discourses at the Srimad Bhagavad Gita Pathshala, a center set up by his father in 1926.

Athavale read diligently in the Royal Asiatic Library for a period of 14 years; at a young age, he was well-known to have read every piece of non-fiction literature (ranging from Marx's philosophy to Whitehead's writings to ancient Indian philosophy).

In 1954, he attended the Second World Philosophers' Conference, held in Japan. There, Athavale presented the concepts of Vedic ideals and the teachings of the Bhagavad Gita. Many participants were impressed by his ideas but wanted evidence of such ideals being put into practice in India. Nobel Prize–winning physicist Dr. Arthur Holly Compton was particularly enchanted with Athavale's ideas and offered him a lucrative opportunity in the United States, where he could spread his ideas. Athavale politely declined, saying that he had much to accomplish in his native India, where he planned to demonstrate to the world a model community peacefully practicing and spreading Vedic thoughts and the message of the Bhagavad Gita.


Rev. Athavale died at the age of 83 of cardiac arrest on 25 October 2003, in Mumbai, India. He was cremated on the evening of 26 October, where hundreds of thousands of mourners paid their respects to him over a period of 24 hours. 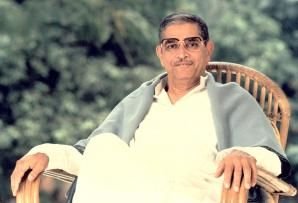