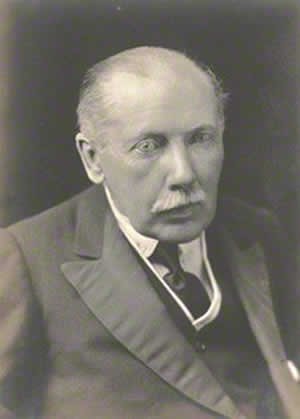 Sir Fairfax Leighton Cartwright GCMG GCVO (1857 - 1928) was an author and British diplomat who in the 1880s wrote verse tragedies and other works. His best known book is The Garden of the Mystic Rose.

Cartwright served in Mexico, Lisbon, and Madrid, and from 1906 to 1908 he occupied the combined posts of British Minister to Bavaria and Württemberg. Then in 1908 he was made Privy Councillor and he reached the pinnacle of his career as British Ambassador to Austria-Hungary where he remained until 1913.

Cartwright tried with the help of the French ambassador, Philippe Crozier, to weaken Austria’s dependence on Germany and tried to change the mind of the French government to support Austro-Hungary. If they had succeeded, it might have averted the First World War. In 1913 Fairfax wrote “Some day Serbia will set Europe by the ears and bring about a universal war on the continent.” So a prophet as well as a hero.

He was also quite a brave hero as he realised that Archduke Franz Ferdinand was a certifiable maniac, and was not fit to inherit his father’s empire, and told his government so.

His book - The Mystic Rose from the Garden of the King -  A Fragment of the Vision of Sheikh Haji Ibrahim of Kerbela 1898 – is said to be a translation of a Sufi mystic text. 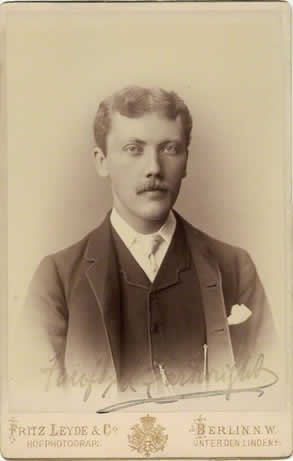 That Cartwright was in Tehran in Persia, a heartland for Sufi thought, is known from the letters he wrote at the time.  In those from 9 May 1888 - 20 March 1889, for example, held at the Northamptonshire Record Office, he writes to  Clinton E. Dawkins of the India Office in some detail on Persian affairs and is highly critical of the then British Ambassador Sir Henry Drummond Wolffe.

Idries Shah believed the book was written by Cartwright and not actually based on a Persian text at all, but I think this may rather miss the point.  As Shah himself says anyone can be a Sufi and it may have been that Cartwright was one.  The text contains all the symbolism one would expect from a Sufi mystic text, as such its provenance hardly matters.

Kerbala, incidentally  actually exists and is also known as  Karbala.  But it is the capital of the Karbala governate in Central Iraq not Iran.  It  is one of Islam's foremost holy cities.  It lies about 55 miles (88 km) southwest of Baghdad.