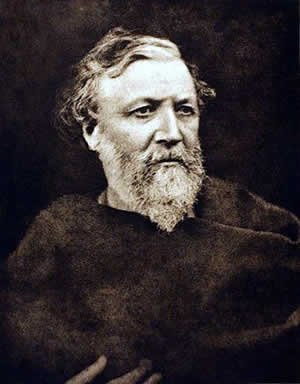 Robert Browning (1812 – 1889) was an English poet and playwright “whose mastery of dramatic verse, especially dramatic monologues, made him one of the foremost Victorian poets”.

Robert was raised in a household of significant literary resources. Robert's father, a literary collector, amassed a library of around 6,000 books, many of them rare. His mother, to whom he was very close, was a devout nonconformist and a talented musician. He inherited substantial musical ability from his mother.

After being at one or two private schools, and showing “an insuperable dislike” to school life, he was educated at home by a tutor. By the age of fourteen he was fluent in French, Greek, Italian and Latin. His parents' staunch evangelical faith prevented his studying at either Oxford University or Cambridge University, both then open only to members of the Church of England. He refused a formal career and ignored his parents' remonstrations, dedicating himself to poetry. He stayed at home until the age of 34, financially dependent on his family until his marriage. His father sponsored the publication of his son's poems.

Browning did not have much confidence in his ability as a poet – there was little need to squash his ego as he appeared not to have one! John Stuart Mill wrote that the author suffered from an "intense and morbid self-consciousness". His poem Paracelsus, published in 1835 deals with the problems confronting an intellectual trying to find his role in society. As most writers often include something of themselves in their work this might give us a few hints to his state of mind.

The constant criticism he received from people he respected cannot have helped. Sordello, for example, a long poem in blank verse, was met with widespread derision. Tennyson commented that he only understood the first and last lines and Carlyle claimed that his wife had read the poem through and could not tell whether Sordello was a man, a city or a book. 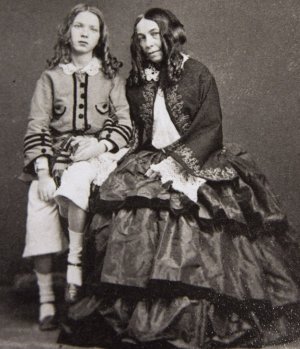 His wife Elizabeth and their son Pen.

Then in 1845, aged 33, Browning met the poet Elizabeth Barrett, six years his elder. They began regularly corresponding and gradually a romance developed between them, leading to their marriage and journey to Italy in 1846.

And so LOVE entered the scene. It benefited them both.

From the time of their marriage and until Elizabeth's death, the Brownings lived in Italy, residing first in Pisa, and then, within a year, finding an apartment in Florence.

They were very happy times. In these years Browning was fascinated by and learned from the art and atmosphere of Italy. He would, in later life, describe Italy as his university. As Elizabeth had inherited money of her own, the couple were reasonably comfortable in Italy, and their relationship together was happy. The literary assault on Browning's work, however, did not let up.

In Florence, probably from early in 1853, Browning worked on the poems that eventually comprised his two-volume Men and Women.

Elizabeth died in 1861 and Robert Browning returned to London the following year with his son Pen, by then 12 years old. His companions became his sister and Pen – a different kind of love. It was only when he returned to England and became part of the London literary scene that his reputation started to improve.

In 1868, after five years work, he completed and published the long blank-verse poem The Ring and the Book. It was the poet's most ambitious project and arguably his greatest work; it has been praised as a tour de force of dramatic poetry.

In the remaining years of his life, Browning travelled extensively. In 1878, he revisited Italy for the first time since Elizabeth's death, and returned there on several further occasions. In 1887, Browning produced the major work of his later years, Parleyings with Certain People of Importance In Their Day. It finally presented the poet speaking in his own voice, engaging in a series of dialogues with long-forgotten figures of literary, artistic, and philosophic history.

“The Victorian public was baffled by this”, and Browning returned to the brief, concise lyric for his last volume, Asolando (1889), published on the day of his death.

Browning died at his son's home Ca' Rezzonico in Venice on 12 December 1889. 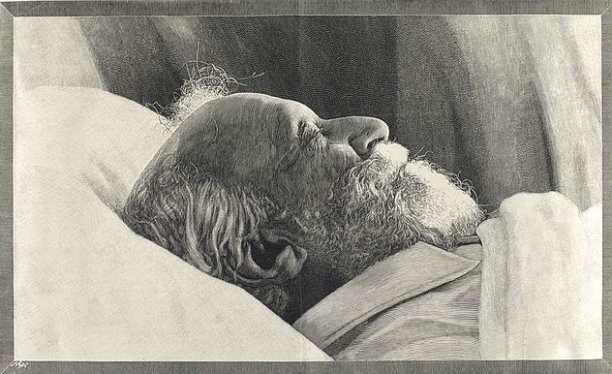