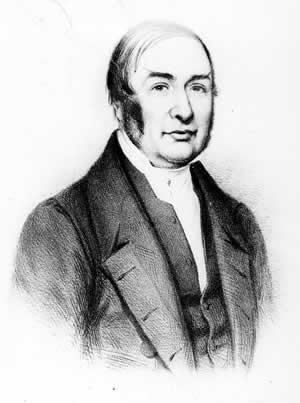 James Braid [1795- 1860] was “one of the giants in the history of Hypnosis”. We know little of Braid’s early life except that he was born in 1795 at Ryelaw, in the parish of Portmoak, Kinross, Fife, read medicine at Edinburgh University and practiced for a brief period in Lanarkshire. He wrote for the Edinburgh Medical and Surgical Journal on the treatment of the squint, the clubfoot and other ailments. Later, Braid moved to Manchester where he set up practice.

Braid would have lived quietly without recognition in Manchester, had it not been for the arrival, in November 1941, of a mesmerist, Charles Lafontaine, a travelling showman who conducted demonstrations of his abilities, to the delight and astonishment of his audiences.

Amongst the audience for the performance of 13th November, was the sceptical Dr James Braid, who came to witness the event in the hope of exposing a charlatan.  Braid remained cynical but failed to find evidence of fraud and so visited the show again six days later. On this occasion, Braid was as astounded as the other members of the credulous audience, when the subject of the demonstration found his eyelids firmly and resolutely closed. Braid, now convinced of the veracity of Lafontaine’s performances, determined to find the scientific principle underlying the phenomenon.

Braid investigated the state of trance by conducting experiments on those around him, his wife, friends and servants. His original technique was to have the subject stare fixedly at a small luminous object, such as a pocket watch, held very close (20cm - 40cm away from the eyes) in a position which strained the eyes and eyelids. This would generally lead to a spontaneous closing of the eyes, with a vibration of the eyelids – nystagmus or eye flutter.

As this procedure proved efficacious, Braid modified the experiments until he found that he could induce a trance by nothing more than suggestion.

In 1843, he published Neurypnology: or the Rationale of Nervous Sleep, in which he coined the word hypnotism, which being a form of sleep, was named after Hypnos, the Greek god who induced sleep by fanning his wings.  He gave us the words "hypnotism", "hypnotise", "hypnotist", etc. He also used the concept of a hypnotic state.

His book dismisses Mesmer’s theory that a magnetic fluid, passing between the operator and the subject, causes the trance. Rather, opined Braid, hypnosis was a form of sleep, induced by the fatigue of intense concentration on the object of attention.

Braid was primarily concerned with the therapeutic prospects for hypnotism. He reported that treatment of various ailments such as rheumatism, aphasia and paralysis was assisted by hypnotism, and that nervous diseases, previously thought to be incurable, could indeed be cured by the innovative and salutary method.

In 1847, Braid became dissatisfied with the term ’hypnotism’ and attempted to recall the word in favour of his neologism ‘monoideism’ but the term had become widespread, as indeed had the practice of the art. It was suggested by other practitioners that Braidism would be an apposite designation, but although the word may be found in dictionaries, it has never caught the public imagination.

Braid died on 25th March 1860.  Since Braid did not found a school, his influence waned after his death and the centre of Hypnosis moved to France in the second half of the nineteenth century. However, his book continued to be influential