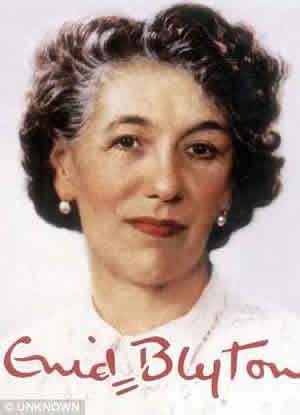 She is noted for numerous series of books based on recurring characters and designed for different age groups. Her books have enjoyed huge success in many parts of the world, and have sold over 600 million copies.

One of Blyton's most widely known characters is Noddy, intended for early years readers. However, her main work is the genre of young readers' novels in which children have their own adventures with minimal adult help.

Her work involves children's adventure stories, and fantasy, sometimes involving magic. Her books were and still are enormously popular throughout the Commonwealth and across most of the globe. Her work has been translated into nearly 90 languages.

Blyton's literary output was of an estimated 800 books over roughly 40 years.

And her experience was entirely accidental and achieved at the dentist – see Inhaling volatiles and gases and Nitrous oxide.