I hope the above information is correct, if it is not, then I would appreciate more information if anyone knows differently.  I kept in the name of Bai Sahib's ashram in case anyone was interested.

Radha Mohan Lal was a Hindu Sufi Sheikh from the Naqshbandiyya-Mujadiddiya Sufi Order, whose familiar name was Bhai Sahib.  Bhai Sahib means Elder Brother in Hindi.  He was a Hindu Sufi, who had had a Moslem Sufi guru [Guru Maharaj] to teach him.  Sufism is neither a religion nor a philosophy, but a way of life, as such anyone can become a Sufi, including those who have followed other religions such as Christianity.  It is not exclusive. 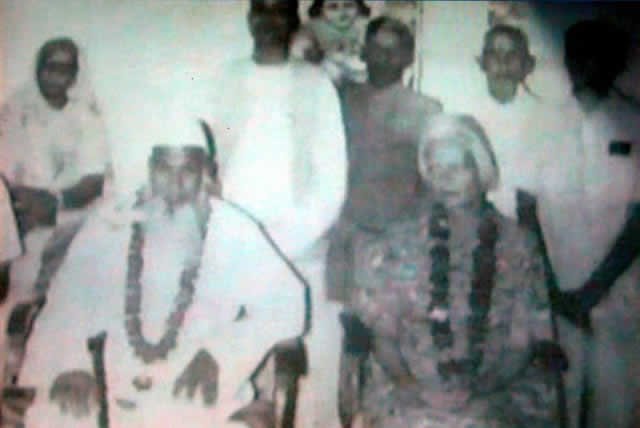 He was classified as a Saint [Sant], which in Sufi terms is the same as a Hindu Yogi.  He belonged to a line of Sufis called the 'Golden Sufis' whose identifying colour was golden yellow.  They were also known as the Silent Sufis because they practised silent meditation, in effect they were unlike the Sufis who used dancing, whirling, twirling or music to attain enlightenment.  He also practised Raja yoga [Royal Yoga] as opposed to, for example, Hatha yoga.

Bhai Sahib was a very charismatic man.  He was softly spoken, gentle, patient, tactful and clearly gifted.  He was also married with children and grandchildren and in fact had been married twice. 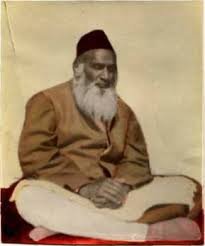 The Chasm of Fire – Irina Tweedie

He himself was full of peace.  He radiated it; it was all around us and it seemed eternal; as if this special peace always was and always would be, forever...

I looked at his face.  He could be said to be good looking in a masculine sort of way.

There was nothing feminine in his features – the rather strong nose, the very high forehead.  The grey beard and moustache gave him a dignified and distinctly oriental appearance.  His hair was short cut, western style.

A guru is duty bound to help all those who ask for help in the best way he or she knows how, so however great the challenge, Bhai Sahib was duty bound to assist – and he did as we shall see.  In addition, if the guru is given or acquires special powers, he or she has to use them in the Service of others when asked.

The way they help any person who comes asking for help is entirely determined on that person’s 'evolution' spiritually and also on their temperament and character.  Thus although I have used Irina Tweedie as an example of someone who was helped by Bhai Sahib on this site, there is the possibility that other mechanisms would be used for other people.

A person can be helped by direct teaching, by the use of parables, exercises, and more subtle mechanisms.  The disciple must consent to all that is done, this is not an enforced regime.  Again, more details can be found via the Irina Tweedie entry ....

The Chasm of Fire – Irina Tweedie

Sufis rarely speak directly; they will tell a story, sing a song or tell a parable.  It is their way of teaching.

'He might, for instance, speak to me and mean you' L said, 'one has to learn how to listen'.

'A teacher has no right to test a disciple, or subject him to any trouble, without a previous warning.  The warning is never given directly.

Often the disciple does not understand it or is made to forget.  But the warning is always given, for Sufis believe in the free will of the individual.  The human being must consent.

His consenting gives the Teacher the right to act according to the needs of the disciple, who himself, by consenting, draws down the Grace'.

I only have one observation for Bhai Sahib, but this is because the entry on Irina Tweedie provides all the details on how Bhai Sahib helped her reach some very significant spiritual states.

Thus the mysticism of Bhai Sahib can best be seen via his influence and effect on Irina.  It is a testament to just how effective a guru can be if genuine - as he was.