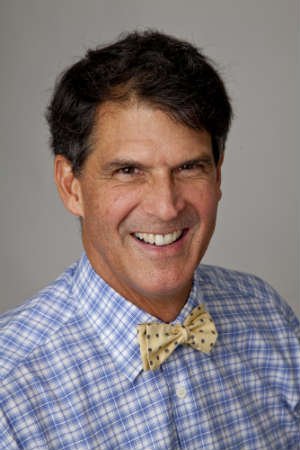 And then he had a very profound near death experience and it changed his life forever.

I graduated from the University of North Carolina at Chapel Hill in 1976 with a major in chemistry, and earned my M.D. at Duke University Medical School in 1980. During my eleven years of medical school and residency training at Duke as well as Massachusetts General Hospital and Harvard, I focused on neuro-endocrinology, the study of the interactions between the nervous system and the endocrine system - the series of glands that release the hormones that direct most of your body's activities. I also spent two of those eleven years investigating how blood vessels in one area of the brain react pathologically when there is bleeding into it from an aneurysm - a syndrome known as cerebral vaso-spasm.
After completing a fellowship in cerebrovascular neurosurgery in Newcastle-Upon-Tyne in the United Kingdom, I spent fifteen years on the faculty of Harvard Medical School as an associate professor of surgery, with a specialization in neurosurgery.  During those years I operated on countless patients, many of them with severe, life-threatening brain conditions.
Most of my research work involved the development of advanced technical procedures like stereotactic radiosurgery, a technique that allows surgeons to precisely guide beams of radiation to specific targets deep in the brain without affecting adjacent areas. I also helped develop magnetic resonance image-guided neurosurgical procedures instrumental in repairing hard-to-treat brain conditions like tumors and vascular disorders...........

In short, I devoted myself to science. Using the tools of modern medicine to help and to heal people, and to learn more about the workings of the human body and brain, was my life's calling. I felt immeasurably lucky to have found it. ....
On many counts I was a very lucky man, and I knew it.
On November 10, 2008, however at age fifty-four, my luck seemed to run out. I was struck by a rare illness and thrown into a coma for seven days. During that time, my entire neocortex - the outer surface of the brain, the part that makes us human was shut down. Inoperative. In essence, absent.
When your brain is absent, you are absent, too. .... What caused the otherworldly types of experiences that people so often report? I didn't claim to know, but I was sure that they were brain-based. All of consciousness is.  If you don't have a working brain, you can't be conscious.  This is because the brain is the machine that produces consciousness in the first place. When the machine breaks down, consciousness stops........

Or so I would have told you before my own brain crashed.

During my coma my brain wasn't working improperly - it wasn't working at all. I now believe that this might have been what was responsible for the depth and intensity of the near-death experience (NDE) that I myself underwent during it.

Many of the NDEs reported happen when a person's heart has shut down for awhile. In those cases, the neocortex is temporarily inactivated, but generally not too damaged., .... But in my case, the neocortex was out of the picture.

I was encountering the reality of a world of consciousness that existed completely free of the limitations of my physical brain.

As a practicing neurosurgeon with decades of research and hands-on work in the operating room behind me, I was in a better-than-average position to judge not only the reality but also the implications of what happened to me.
Those implications are tremendous beyond description. My experience showed me that the death of the body and the brain are not the end of consciousness, that human experience continues beyond the grave .....
The place I went was real. Real in a way that makes the life we are living here and now completely dreamlike by comparison.

The illness Dr Alexander suffered from was a rare form of bacterial meningitis.

The observations I have extracted are a small selection for you to get a flavour of what happened to him.  The book provides much more detail.  What makes the observations valuable is that he wrote the description whilst he was still short of memory to cloud things and his perception recall was still good.  We can thank his son for getting him to do this, as Dr Alexander's plan initially was to simply read up everything he could find about NDEs to make sense of what had happened to him.

"I believe you, Dad,"he said. "But think about it. If you want this to be of value to others, the last thing you should do is read what other people have said."
"So what should I do?" I asked.
"Write it down. Write it all down - all your memories, as accurately as you can remember them. But don't read any books or articles about other peoples' near-death experiences, or physics, or cosmology. Not until you've written down what happened to you. Don't talk to Mom or anyone else about what happened while you were in coma, either -at least to the degree that you can steer clear of it. You can do that all you want later, right?
Think how you always used to tell me that observation comes first, then  interpretation. If you want what happened to you to be scientifically valuable, you need to record it as purely and accurately as you can before you start making any comparisons with what has happened to others."

and so he did.