The symbolism of treasure is very subtle.  It does not symbolically represent anything other than a sort of Reward – a group of things some or all of which may be attained, that may be the reward for achieving a task – meeting and fulfilling the Challenges -  in the Great Work. 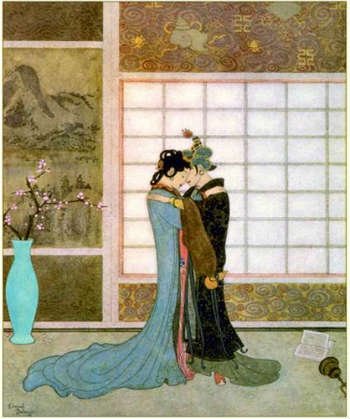 What sort of things can treasure thus be?

Thus as we can see,  treasure is not just found at the end of life’s journey.  The treasure is accumulated, it is symbolic of the wisdom accumulated over the spiritual journey – wisdom, spiritual experience and spiritual progress – all the changes that have taken place and the new understanding it brings.

This treasure is available to help others and part of the spiritual path requires the person [the ‘hero’] to share this knowledge and wisdom with people who are also following the path.

Some example treasures mentioned in myths include: 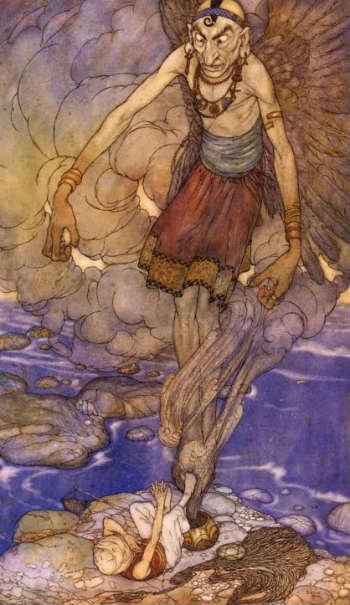 Treasure of this sort is usually guarded by a Dragon, who in this capacity is acting as the Guardian.  The use of a Guardian to protect Treasure is symbolically saying that if the spirit world wishes to give rewards, they have to be given not taken.  They have to be earned and not expected or ‘stolen’.

Heroes can acquire spiritual kingdoms, thus increasing their territories much as humans do in the physical world.  But in order to acquire the treasures of a set of souls the new spiritual leader has to overcome the dragon left to guard the treasure.

We should also realise that Treasure can be ‘lost’.  That wisdom accumulated and worked hard for over the centuries can – because it is guarded by too much encryption and symbolism – become lost to subsequent generations, until someone comes with the key of course.