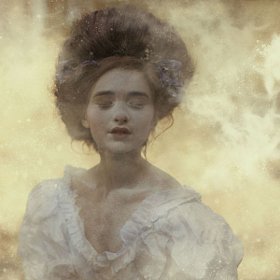 The essentiality of chromium (Cr) in animal and human nutrition is now well accepted. In animals, Cr deficiency can cause a diabetic-like state, impaired growth, elevated blood lipids, increased aortic plaque formation, and decreased fertility and longevity. The ability of Cr to potentiate insulin sensitivity has considerable experimental support.

In the human, Cr deficiency has been demonstrated unequivocally in only one clinical situation, patients on total parenteral nutrition without added Cr.

In such patients, impaired glucose tolerance, hyperglycemia, relative insulin resistance, peripheral neuropathy, and a metabolic encephalopathy have been noted with reversal of the clinical phenomena by Cr repletion.

Many studies have been performed to determine whether Cr deficiency may be important in other clinical conditions, namely, diabetes mellitus, pregnant and parous women, and the aged population. Available data indicate that Cr supplementation can improve glucose metabolism in glucose intolerant individuals and decrease the total/HDL cholesterol ratio regardless of the status of glucose tolerance. However, whether Cr supplementation has long-term health benefits is unknown.

Further, despite many tantalizing observations, it is still unclear whether Cr deficiency, latent or overt, is common in any human situation other than generalized malnutrition and total parenteral nutrition without added Cr. Technical uncertainties in the analysis of Cr, Cr contamination of food by the use of stainless steel processing equipment and eating utensils, and the lack of a clinically feasible test for Cr deficiency continue to impede progress in Cr research. Nevertheless, there is considerably more clarity as to plasma and urine Cr levels, food and tissue Cr content, and metabolic pathways of Cr metabolism than existed a decade ago. It is expected that progress will accelerate, since critical questions can now be addressed regarding the role of Cr in human nutrition.

For as men who in digging find a treasure, are wont to note the place by some certain sign: so also God himself hath signated very many things in Nature, which he hath not apparently manifested, by which only signature we may, through diligent inquisition find them out. We see Moses not to be mindful of gems, and metals, created in the hidden parts of the earth, although in them the greatest arcanums of Nature are contained; but he only mentions those which are created obvious to the sight of all. It pleased the almighty absconditely to create metals in the lowest places, that we might know, in them are inwardly hidden occult virtues of Nature. By which name in the occult sense of the sacred scriptures also, the spirit of God is prefigured by metals, and gems, created in the inmost and secret parts of the Earth.

[God knew things precious, with labour acquired, would be more acceptable, then such as are obvious to sight, which for the most part men are apt to despise.]