Stanley's father was Christian in background, but veering strongly towards Ruskinian and Unitarian precepts. His mother was dedicated Methodist. So during his pilgrimage Stanley gradually absorbed whatever of each he needed to adjust his thinking  Later he flirted with Roman Catholicism for a time, then Eastern religious thought, even the Christian Science of his wife Hilda. He was something of a chameleon in adapting himself to others' views, which he would then modify as he switched allegiance to new thinkers. But he invariably kept what he needed from each, even if discarding the rest. He wanted to feel sure.

….. I never know what to say to people when they ask me if I believe in God, he frequently admitted. Yet he often feared that Hell, for example, might in fact be true, and for years wanted to paint a picture of it, although he could never bring himself emotionally to do so. His difficulty was that, because his picture-people were 'real' to him, any he sent down to Hell would be despatched by his own hand, a fearsome thought. Salvation he could accept, but not damnation. 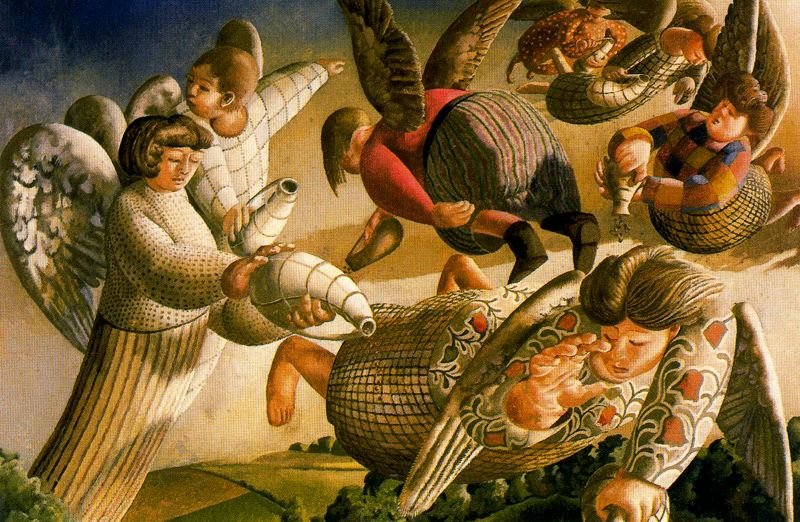