Syd Long - "The Spirit of the Plains"

I want to start with an analogy.  In the computer world, there is a form of software called messaging software.  It is used in big companies and is a part of the Internet.  It enables programs to send messages between them.  So if, for example, the hole in the wall you get money out of needs to check that you have enough funds in your bank account, it sends a message to your bank's computer and the program on this remote computer does a check and comes back with a message that says 'yeah or nay'.  Messages in the computer world can travel by wire or by satellite or over the ether - wireless transmission!

The spirit world is a world of systems and functions, functions that interact in an integrated way, and it appears that messages get sent between functions.  So we have yet another example of as 'above so below'.

Within the body, the Chinese recognise the existence of an underlying communications network on which messages can be sent.

In effect the messaging software has to be supported by software that enables the messages to be delivered and processes to be invoked.  In Chinese medicine this is known as DONG QI.  Dong Qi works via SHENG MING, the character Ming means message and the character Sheng means vital thing.

Dong in Chinese means to move or movement – thus it is movement software.  It is also a beat as in the beating of a heart.  A Dong Mai is an artery or circulation channel, thus the Dong Qi is software that moves messages around the circulation channels of the spiritual  world.

Its software equivalent is actually middleware.  Middleware supports the sending of messages, the sending of software, the remote invocation of processes and the updating and querying of data remotely.

Nanjing "Hence the qi constitutes the root and foundation of man.  Once the root is cut, the stem and leaves wither"

Thus in effect once the communications go down, you are cut off from the spiritual world and you die or become ill or diseased

“The Dong Qi is the foundation of the 5 zang and the 6 fu, the root of the 12 meridians, the gate of exhalation and inhalation, the source of the triple heater.  It is also the guardian of the spirits against perverse illness”.

So analogously the telecommunications software is the basis on which the body gets its updates, sends its outputs and also receives instructions – invocations, it also appears to have inbuilt security software to stop the software from being misused, [ironically so has middleware in computing].

The messaging package names and functions

Just about every culture from the Greeks and Romans to the cultures of the far east and in Africa have personified the messaging service itself by giving it a name and attributes.  In effect there is an Intelligence responsible for the development and upkeep of this set of spiritual software!  The god said to be the developer of this messaging software in Greek and Roman systems, for example is called Hermes or Mercury.

Rather confusingly, the Roman god Mercury has nothing to do with the Planets and in his earliest forms, appears to simply be an alternative  to the Etruscan deity Turms, but most of his characteristics and mythology were borrowed from the analogous Greek deity, Hermes.

Mercury subsumed the earlier Dei Lucrii as Roman religion was syncretized with Greek religion during the time of the Roman Republic, starting around the 4th century BC. From the beginning, Mercury had essentially the same aspects as Hermes, wearing winged shoes talaria and a winged petasos, and carrying the caduceus.  He was often accompanied by a cockerel, a ram or goat, and a tortoise or turtle. In Celtic areas, Mercury was sometimes portrayed with three heads or faces [coming, come, gone]

Like Hermes, he was the messenger of the gods and “a god of trade, particularly of the grain trade” [Wikipedia].  Now this is actually incorrect in interpretation, he was not a god of trade, but he was a god of grain.  And this is particularly intriguing because grain has a symbolic meaning – it is a soul, so we can conclude that souls are delivered via messengers.  Mercury also had a similar role in taking the souls [Higher spirits] of the dead to where they were destined “leading newly-deceased souls to the afterlife”  Symbolically Mercury and Hermes were seen as mediators – which of course messengers and messages are.

This leads one logically to conclude that all the descriptions of Higher spirits going somewhere spiritually other than their place of death, may well be correct, they travel on the spiritual Internet carried by messengers to wherever they are destined.

Mercury was equated with the Celtic god Lugus, and in this aspect was commonly accompanied by the Celtic goddess Rosmerta, and with the Germanic god Wotan, by interpretatio Romana [the attempt to match differently named gods from different systems by function and attributes].

Note that we might call this correspondences. The way the correspondences were recorded was by combining names so that everyone knew wo was who [or what was what] thus we have

Although I have described just these alternative names for the software, the symbolism is very coherent across the world.  The figure carries a message and often has wings on its feet.

So we have the software itself, but what about the actual messages?

The actual messengers or messages are symbolically shown as birds.

What is perhaps the most confusing about this symbolism is that a person may have a vision or dream in which a bird appears giving them a message, but there are also examples of people who are not in the visionary state and who get messages from 'real' actual birds.  Spirit and physical thus all get mixed up and the symbol becomes a reality.  It is possible I suppose that the symbolism derived from the fact that birds do seem to act as messengers. 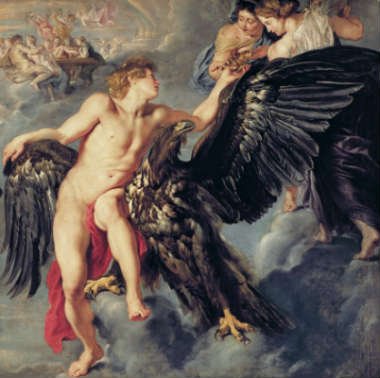 I have had enough eerie experiences of my own to know birds are a bit more than they seem, but at least my birds were on my side.

The other messenger that appears to be used is the horse or the reindeer.  Here there is a carrier and a carried [rather like Packet switching software] examples of the horse in use include